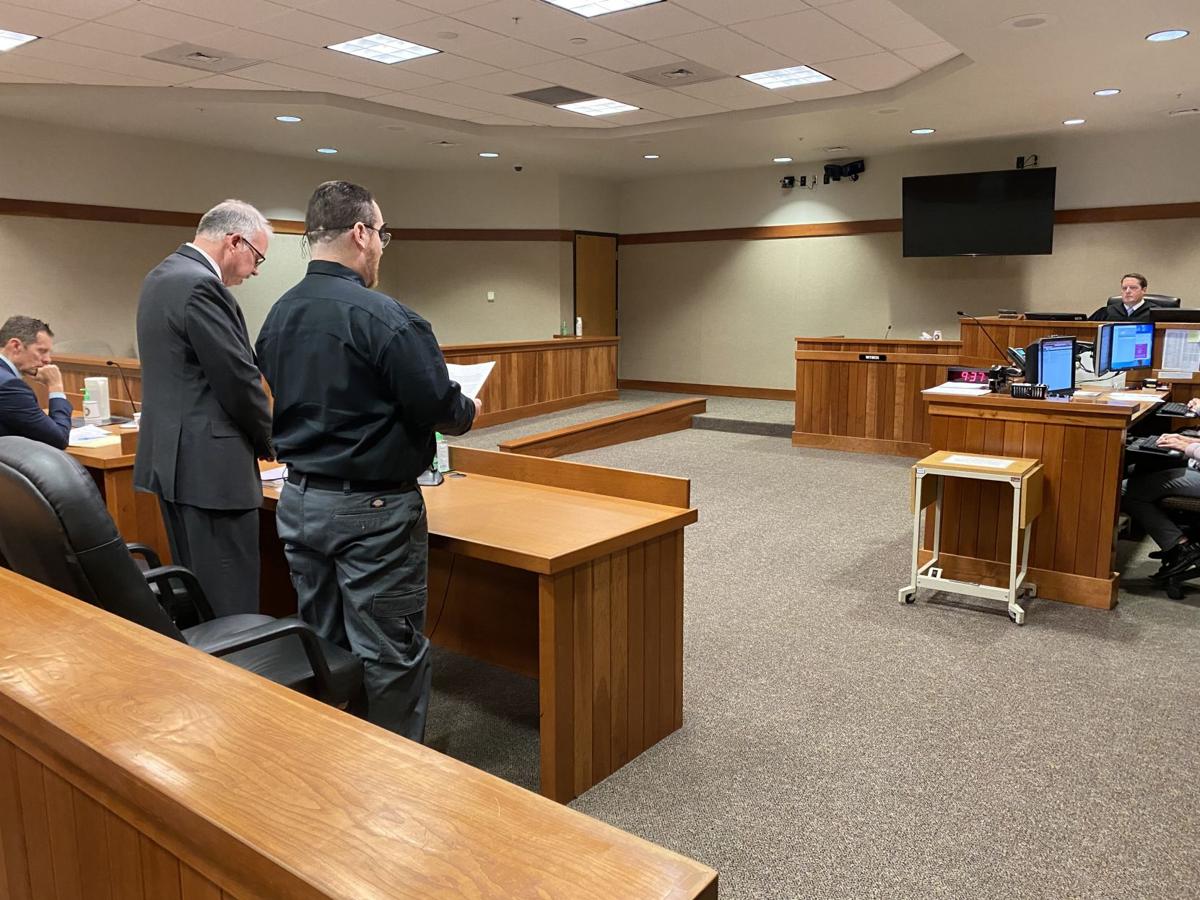 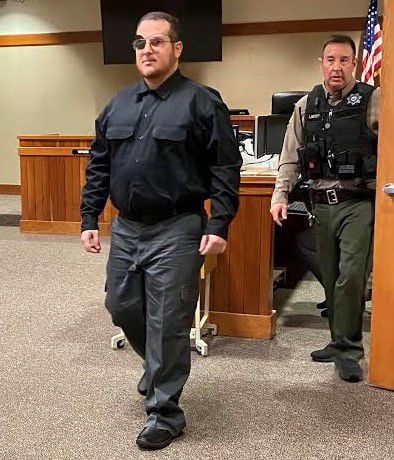 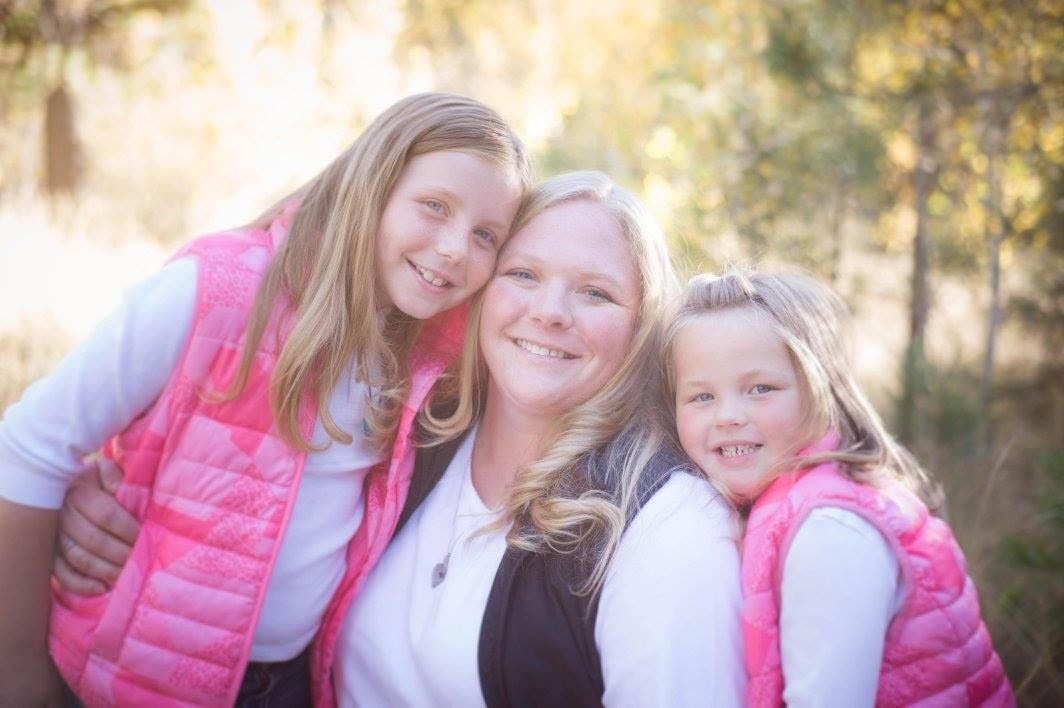 Jenny Cashwell is flanked by her daughters, Kayla, 11, left, and Piper, 8.(Submitted photo)

Jenny Cashwell is flanked by her daughters, Kayla, 11, left, and Piper, 8.(Submitted photo)

Alan Peter Porciello, 37, who pleaded guilty last month to second-degree manslaughter, was sentenced Tuesday in Deschutes County Circuit Court to 9 years in prison, nearly a year to the day after shooting Jenny Cashwell on a first date gone horribly wrong.

Judge Wells Ashby went along with the conditions of a plea deal, to the frustration of numerous friends and relatives who felt the sentence was too light.

Cashwell, 37, was an insurance agent in Sisters with daughters, 8 and 11. She was a gifted powerlifter, a volunteer firefighter and a lifelong animal lover.

She had divorced in 2018 after her husband twice cheated on her, her parents wrote in a letter to the court. According to friends, she’d recently started dating again after taking some time to herself.

Several years earlier, Porciello had been engaged to a woman named Shalonda McColm, who was prepared to testify for the state had the case gone to trial. McColm said that once during an argument Porciello had pointed a gun at her and released the safety, but had not pulled the trigger, according to court documents. The incident caused him to see the risk he posed to others, and in response, he got rid of all his guns.

But at the time of shooting, all was not well with Alan Porciello. On Jan. 10 — two days before the shooting — Bend Police issued a safety alert to officers to be on the lookout for Porciello. Police had been contacted by care providers who believed his “anger and agitation were ramping up and they were concerned.” Police were told Porciello owned “many” handguns and rifles.

“He is described as having explosive anger issues, being obsessive about his rights and recently disengaged with private care providers because of his behaviors,” according to court documents.

It was Cashwell who reached out to Porciello on the Plenty of Fish dating platform. The two spent five days texting to get to know each other and planning their upcoming date.

One thing they found they had in common was an interest in firearms. Cashwell had a concealed carry permit and was known to carry a 9 mm handgun in her purse. She and Porciello discussed possibly going to a gun range on their date.

On Jan. 12 — a Saturday — the two met at Porciello’s apartment around 12:30 p.m. They picked up lunch at a restaurant on U.S. Highway 20, then drove through a coffee stand on their way to Pine Nursery Park trail system for a hike they previously discussed.

As they hiked, Cashwell let her feelings be known to a friend.

“This shouldn’t take too long,” she texted. “He’s not really my type.”

At 3:22, they arrived back at Cedar West Apartments. Evidence shows they both went up to Porciello’s apartment but it’s not known why. In the back seat of Cashwell’s car, police would later find her purse, her handgun still inside.

At 3:46 p.m., a panicked Porciello called 911. He told the operator he was “being facetious, pretending like I was going to shoot her, and accidentally did.”

He told police he believed his Springfield semi-automatic XDS 9 mm wasn’t loaded when he pulled the trigger.

“There was in fact a bullet inside,” said prosecutor Dan Reesor. It passed through Cashwell’s chest and struck her spine and, eventually, it killed her.

Porciello was arrested at the scene.

“I can’t believe what I have done now,” officers overhead him say. “After this I am definitely getting rid of my guns.”

The state submitted more than 20 letters to the court from friends and relatives of Cashwell for the judge to consider at sentencing.

Christy Shores Rumgay wrote of the urge she still feels every day to pick up her phone and text her only sister.

“This nightmare that we will never awake from has shaken our family and our community to the core,” she wrote. “Jenny was my best friend, closest confidant and my blood. My heart is broken and part of my soul is missing forever.”

Many letter-writers were angry with the perceived light sentence in the plea deal. One called it a “travesty of justice,” another a “slap in the face” to Cashwell’s daughters.

According to Porciello’s lawyer, Peter Parnickis, the defense would have argued at trial that two pieces of evidence show Porciello didn’t act with extreme indifference, which is required to prove first-degree manslaughter.

One piece of evidence is the 911 call Porciello made moments after he shot Cashwell.

“It is heart-wrenching to listen to,” Parnickis said.

Parnickis brought the other piece of evidence to the hearing — a prayer Porciello wrote and crumpled up when investigators left him alone in an interview room with a pen and pad of paper.

The paper was retrieved from the garbage by police.

“Father God, I beg of you to forgive my stupidity,” it read. “I can’t believe I was so dumb. I pray for your will. I know that Jenny is your daughter. Please keep her safe. Save her, I beg of you.”

Parnickis said that because of Porciello’s brain injuries, he sees the world “more in black and white.”

“He’s not a person that can deny or deceive, and he hasn’t done that at any point in this case,” Parnickis said. “He does have a genuine moral compass.”

Porciello read a statement for the court.

“Your Honor, I take 100% of the blame because I broke the cardinal rule of responsible gun ownership and I made the biggest mistake of my life,” he said. “You might not see my emotions due to my two TBI’s but trust me, I feel it. It’s there. I know I deserve punishment. No matter how badly I wish I could undo it, it breaks my heart the way I’ve robbed you all of a very wonderful woman. The main reason I feel this way is her daughters have to grow up without their great mom.”

“There is never a sentence that this court could impose that would properly honor Jenny Cashwell’s life or square the ledger on her death. That’s because justice in a courtroom is imperfect and the tools that we have are very crude,” Ashby said. “I read the letters that were angry, that our justice system is broken and that there needs to be a longer sentence. And if I wasn’t a judge today, I would write the same letter. That’s how we feel.”