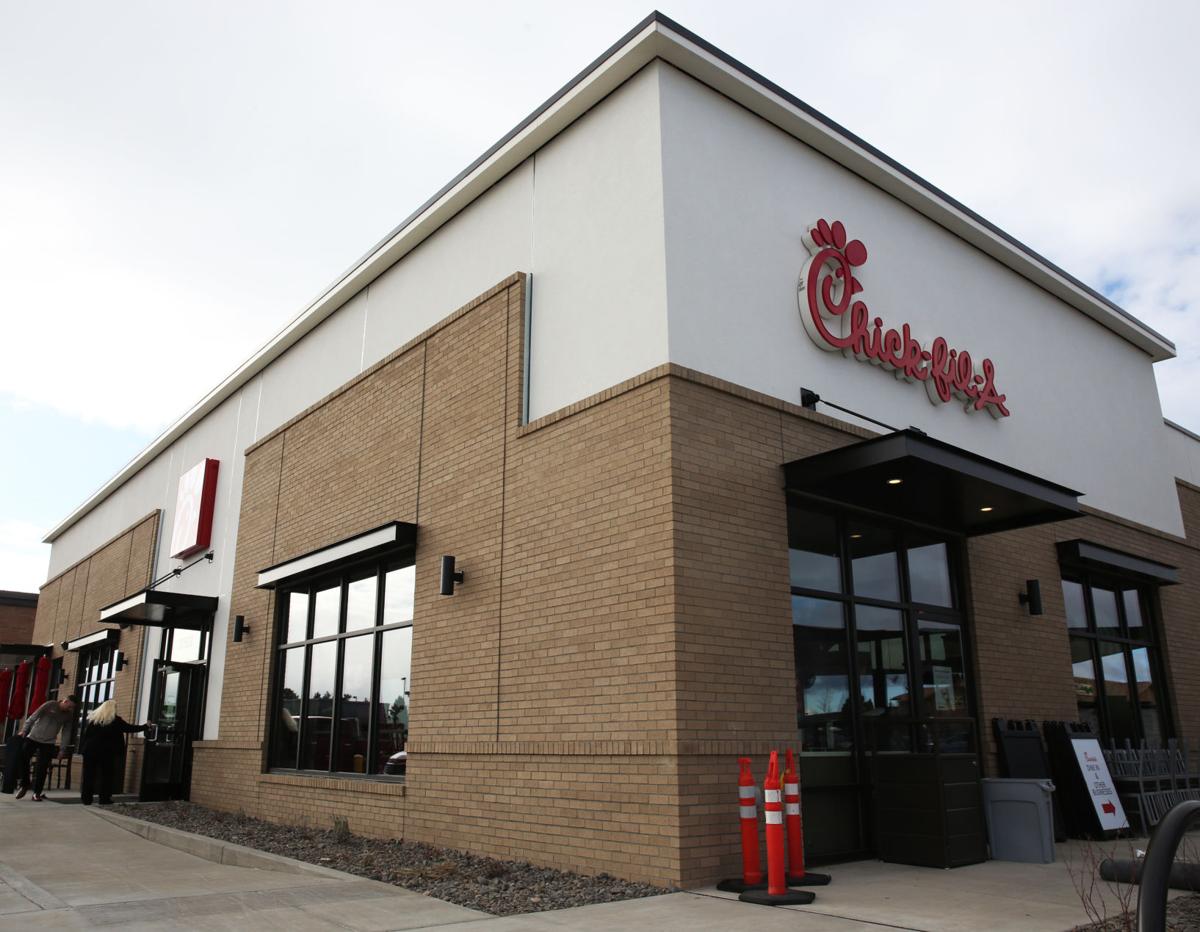 The new Chick-fil-A in Bend will open Thursday. 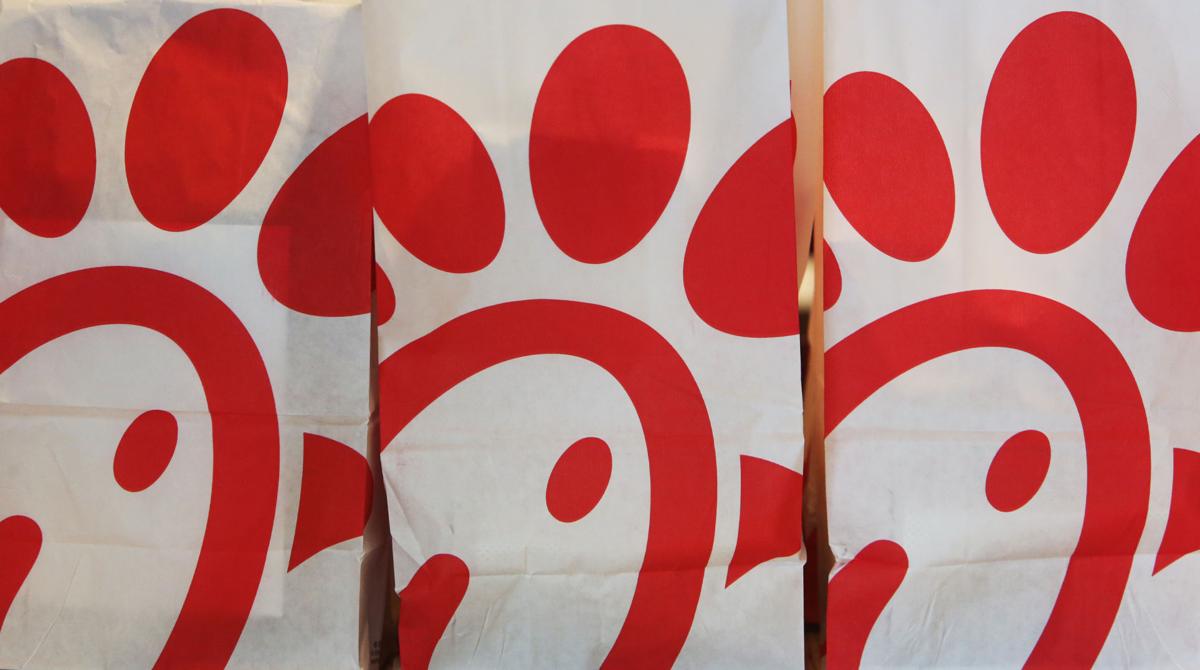 To-go bags are lined up at the new Chick-fil-A in Bend. 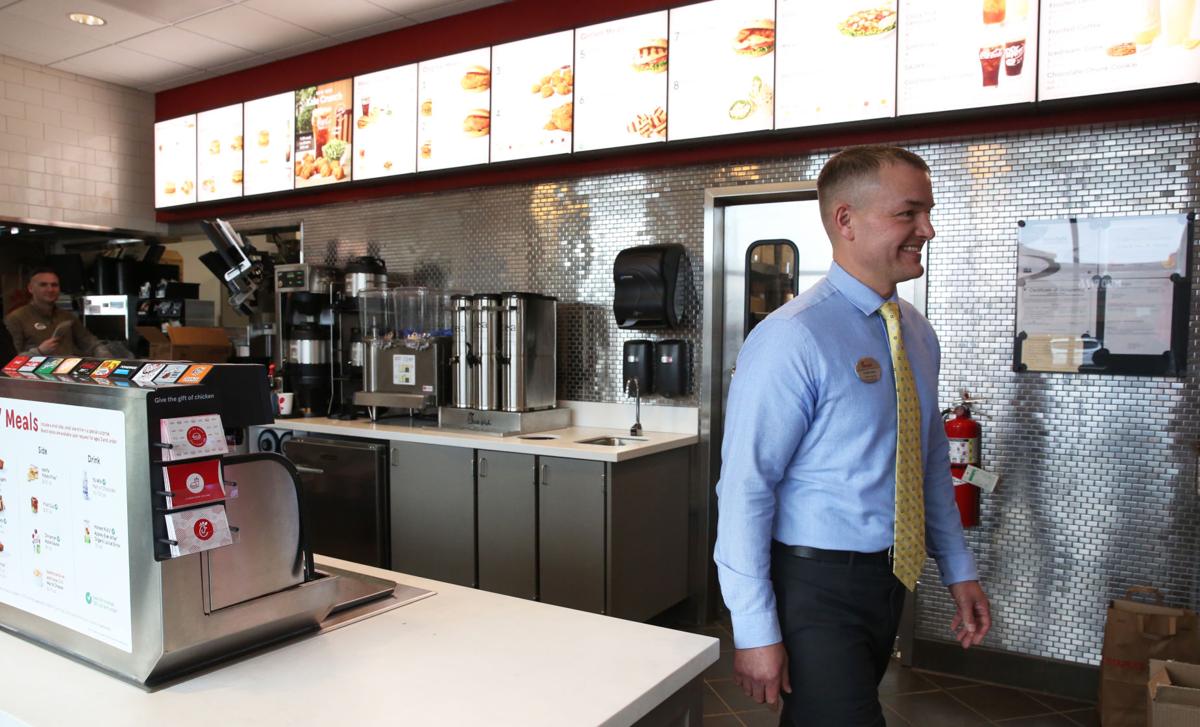 Todd Keller, franchise owner and operator of the new Chick-fil-A in Bend, stands in the newly built restaurant, which is set to open Thursday morning.

The new Chick-fil-A in Bend will open Thursday.

To-go bags are lined up at the new Chick-fil-A in Bend.

Todd Keller, franchise owner and operator of the new Chick-fil-A in Bend, stands in the newly built restaurant, which is set to open Thursday morning.

He and his wife, Kristin, were stationed at a nearby Air Force base, and the family ate at the chicken fast-food chain every Tuesday night. The parents wore their uniforms. Their 1-year-old son even got free ice cream on each visit.

Chick-fil-A left a large impression on Keller. So when he left the military in 2014, he opened a franchise in Vacaville, California, where he and his family were living.

But when the opportunity came to open the chain’s first Central Oregon location, Keller jumped at the homecoming, and moved back to the region to open Chick-fil-A’s new Bend location.

“We’re just super excited to bring Chick-fil-A back to Central Oregon, where I grew up,” Keller said Tuesday during a tour of the new restaurant. “We believe there’s a lot of pent-up demand for Chick-fil-A here in the local area.”

The restaurant, famous for its Southern-style chicken sandwiches, waffle fries and lemonade, will welcome its first customers Thursday morning at 6:30 a.m. It’s located in the Robal Road Village shopping area off U.S. Highway 97 on Bend’s north side.

Bend’s Chick-fil-A has a modern-but-cozy look. The decor has sleek steel and marble accents, with some shiplap wall paneling and leather chairs and booths. There’s even one piece of Central Oregon-themed decor: One of Chick-fil-A’s famous cows stands in front of a black-and-white image of Smith Rock, scribbling in its trademark sloppy graffiti style, “OREGONE — THANKZ 4 EATIN CHIKIN.”

Keller said the Bend location has hired more than 90 people. He said Chick-fil-A staff’s friendliness, and its food, are what makes the chain so popular.

“I think Chick-fil-A has great food,” Keller said. “But beyond that, (people) encounter excellent customer service each and every time that they come through the doors.”

However, Chick-fil-A has been criticized due to the anti-LGBTQ views of its owning family, the Cathys.

In a 2012 interview with the Baptist Press, then-president Dan Cathy — son of Chick-fil-A founder S. Truett Cathy — said he was in favor of the “biblical definition of the family unit,” which is the belief that marriage should only be between a man and a woman.

Keller said all people will be welcome at his Chick-fil-A franchise.

“Regardless of the backgrounds they come from, or what they stand for, everyone who comes in the door is treated with the same honor, dignity and respect,” he said.

Central Oregon residents had mixed reactions to the chain’s local opening. Bend resident Amy Sutton said she was concerned about the restaurant’s location along Highway 97 and the company’s politics.

“People will park at Target and cross the (highway) … perhaps safely, perhaps not,” she wrote on Facebook. “Did I mention that I don’t eat hate?”

Others weren’t as concerned with Chick-fil-A’s history with the LGBTQ community. James Drinkard, who identifies as gay and nonreligious, said he supports the company’s right to incorporate its founding family’s religious views into its practices. He was much more upset about Chick-fil-A’s food, which he doesn’t view as healthy.

“Why are we celebrating the opening of a fried chicken restaurant?” Drinkard wrote in an email. “We are worshipping food that we know is killing us.”

Other locals said they were excited for Chick-fil-A’s arrival, praising the chain’s customer service and its cleanliness, as well as its food. Or as Bend resident Steve Carr succinctly put it on Facebook, “Them waffle fries are the bomb.”