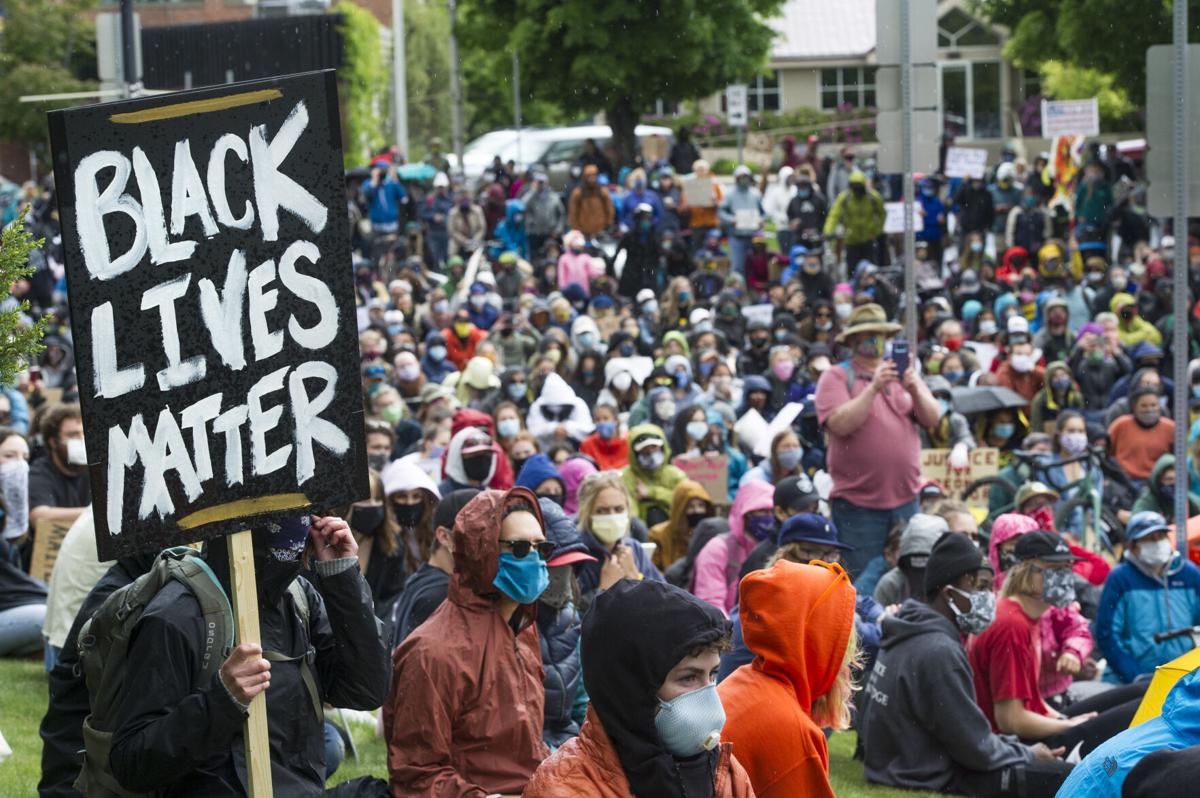 BACKGROUND: More than a thousand people gather outside the Deschutes County Courthouse in Bend on June 6 to demonstrate against racial discrimination and social injustice. 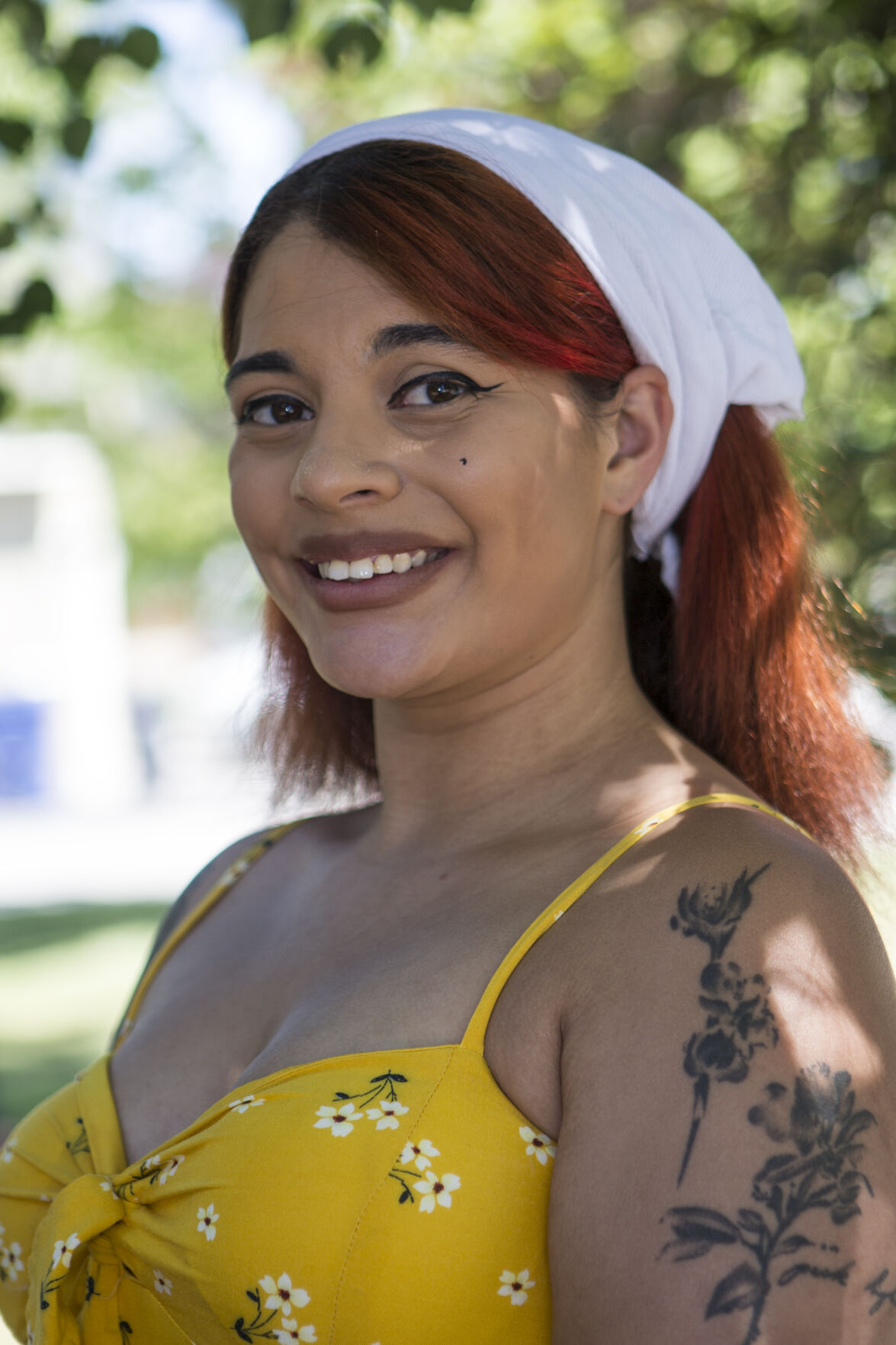 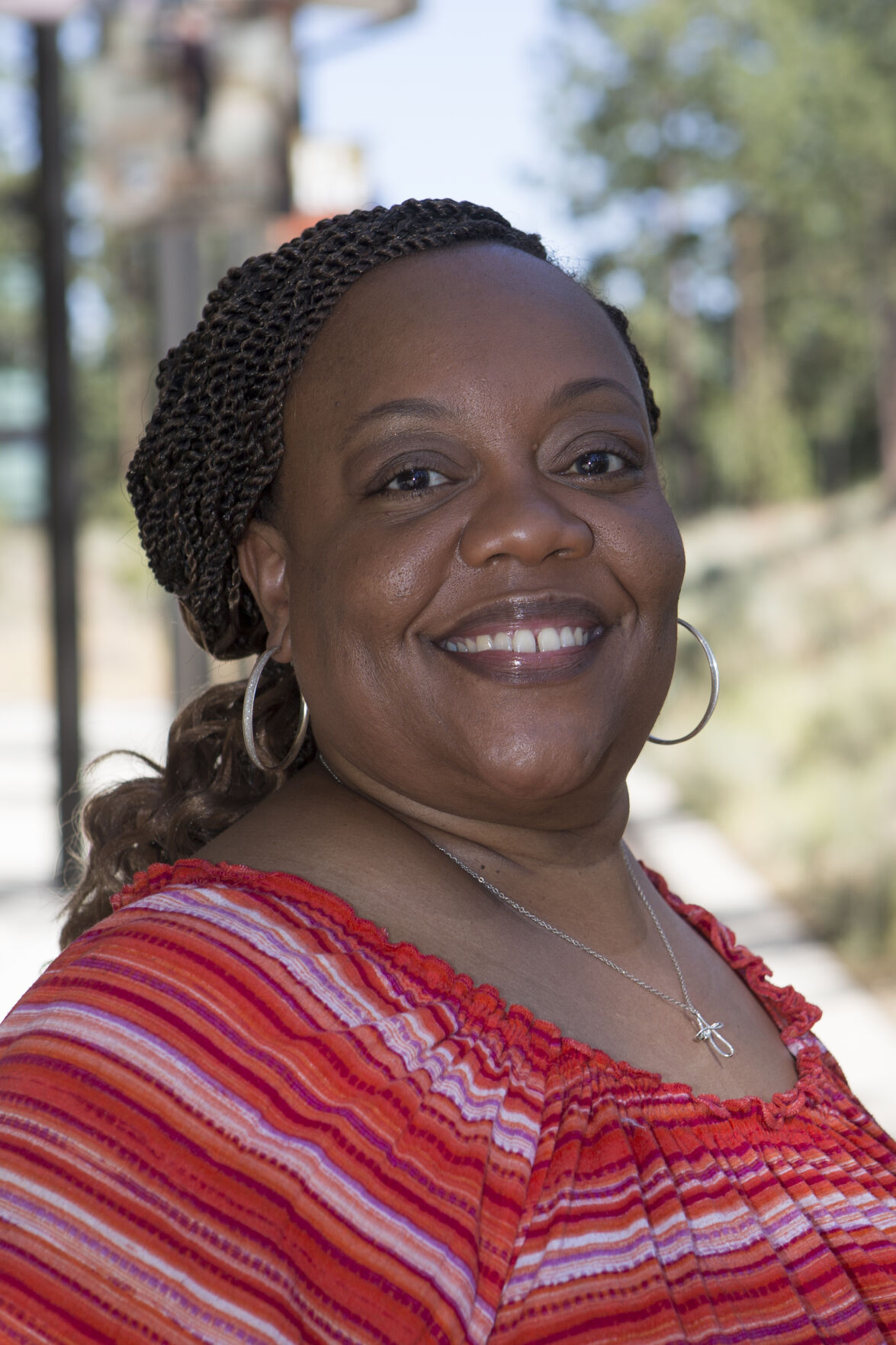 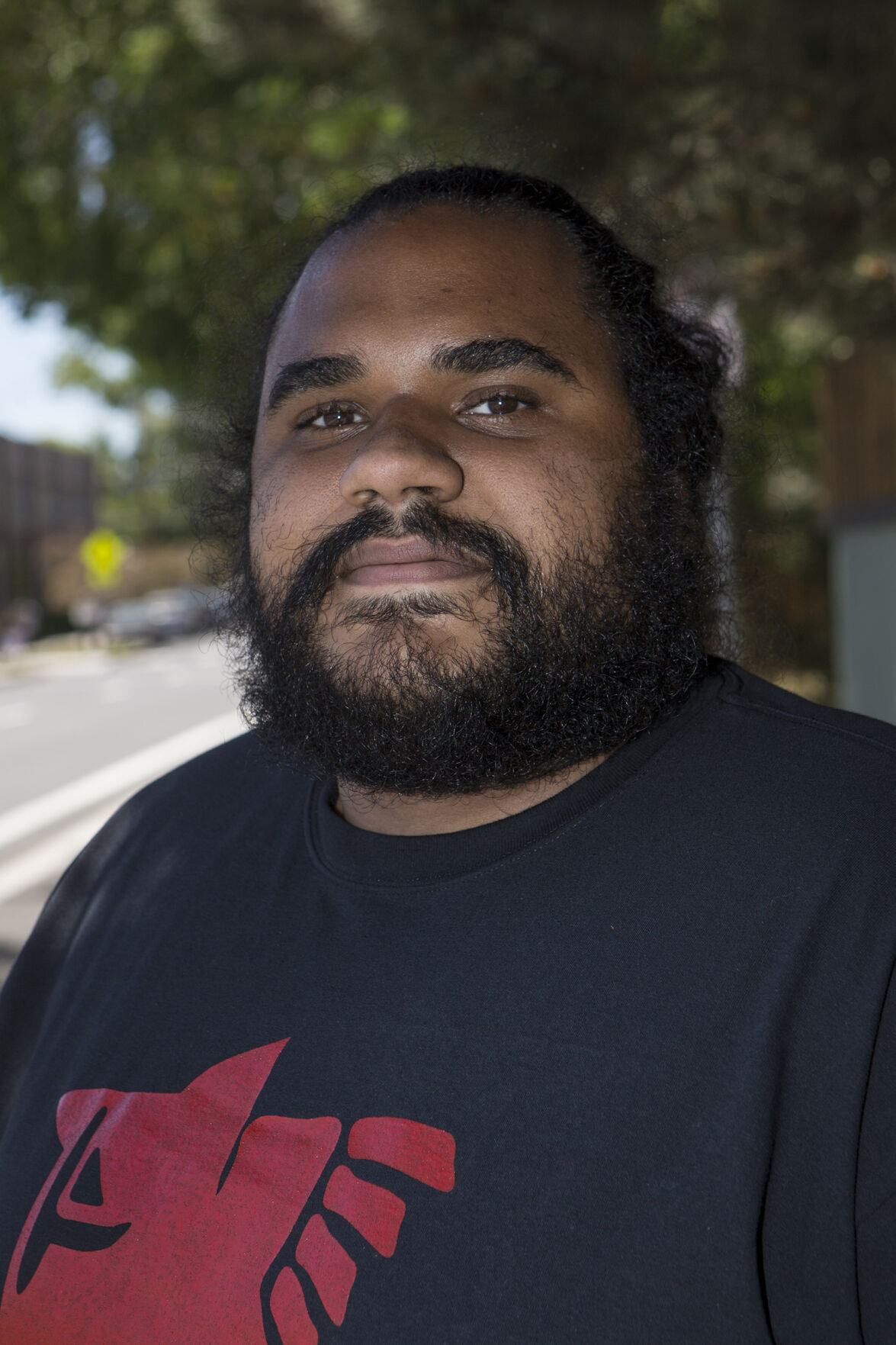 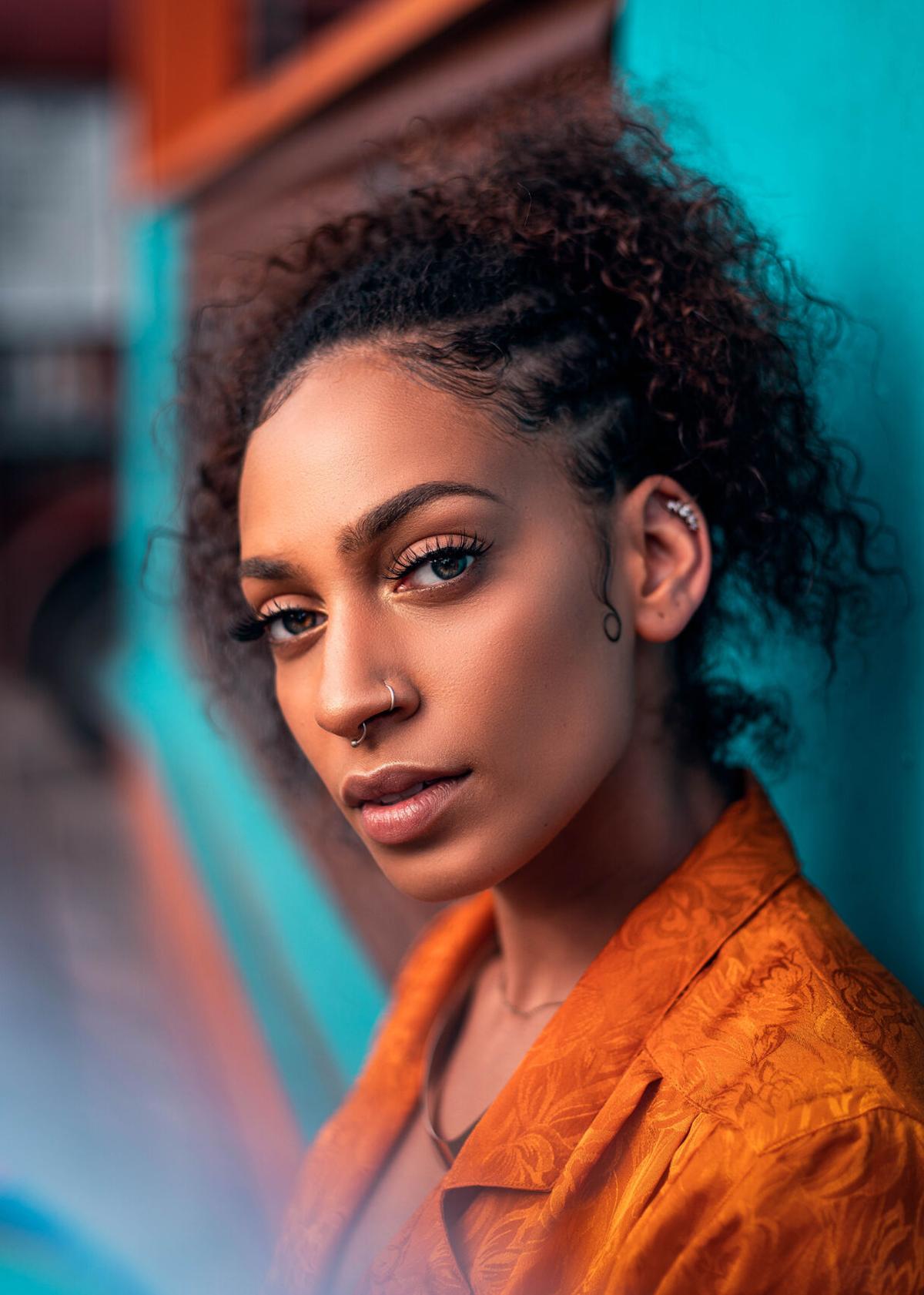 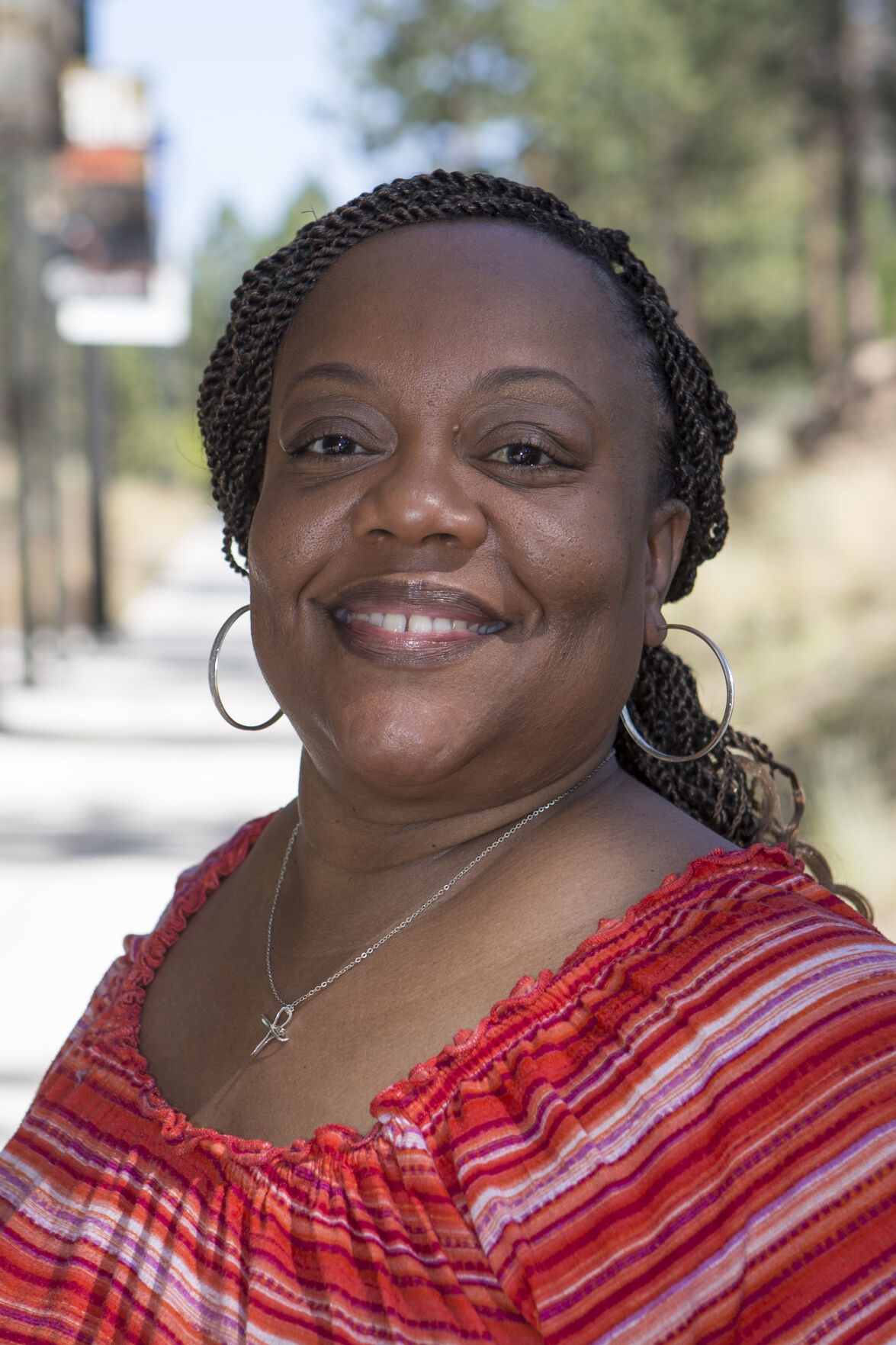 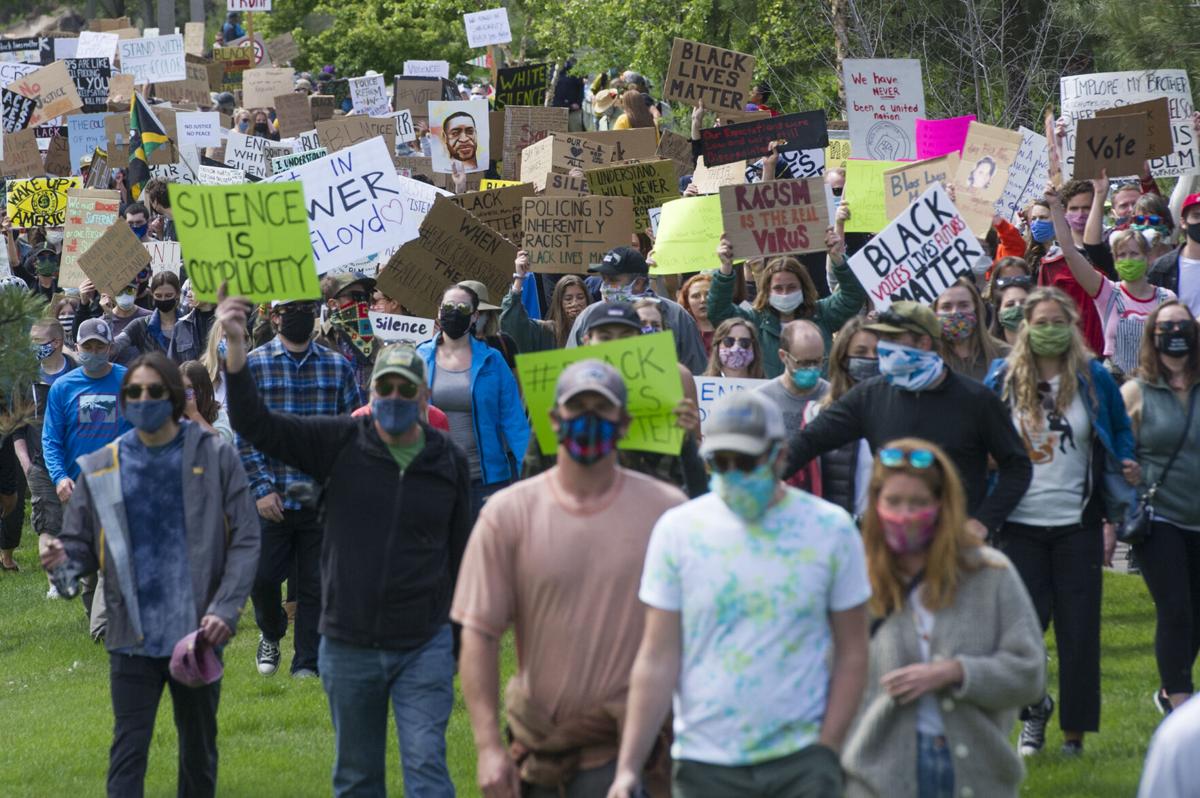 Hundreds of people participate June 6 in the Bend Walk for Justice.

BACKGROUND: More than a thousand people gather outside the Deschutes County Courthouse in Bend on June 6 to demonstrate against racial discrimination and social injustice.

Hundreds of people participate June 6 in the Bend Walk for Justice.

While Central Oregon hasn’t seen seven weeks of nightly protests like those in Portland, activists across the region are continuing to organize in response to national outcries against white supremacy, police brutality and systemic racism.

Some groups act through protests, others through community meetings and others still through conversations with police.

Their missions and methods are all as diverse as their membership, but most have a few goals in common: to educate residents about the issues at hand, inform neighbors about the struggles some in the community face and make the region a more welcoming for diverse populations.

The Bulletin caught up with leaders of some of Central Oregon’s activist groups to learn about how and why they do their work.

The Central Oregon Diversity Project started as a Facebook group at the end of May, according to Kerstin Arias, one of the group’s leaders. Started by two other women of color, the group was intended to be a place for community members to share their experiences with diversity or discrimination.

“Nobody wants to admit there’s problems in their city,” Arias told The Bulletin. “We want to build this city to be the city of unity.”

One of the problems Arias sees is with education. When she moved to Oregon in 2015, Arias was surprised by how few people knew the history of Juneteenth, which celebrates the end of slavery in the U.S., something she learned at her all-African American school in Texas.

That’s the kind of thing that should be taught in Oregon schools too, she said.

In the Facebook group, leaders also try and educate members about unconscious racism — the seemingly innocuous things people do that play on stereotypes and point out someone’s differences, like asking to touch a Black person’s hair because it looks different than their own.

In Bend, the group wants to see the City Council (which is currently all white) better represent the experiences of people of color who live there. It’s also planning to host an educational event for kids and meet with Bend’s newly appointed police chief.

“You can’t change until you have change within your own seats,” Arias said of the City Council.

Initiated in 2018 as a support group for multiracial families, Embrace Bend has become a place for people in Central Oregon to learn about white supremacy. It’s also a place for people from nondominant groups (like people of color) to have a place to talk about their experiences with racism.

“We want to create a safe place for people to ask difficult questions,” said Naomi Crummett, a member of Embrace’s board.

To do that, Embrace hosts events, from a book club featuring non-dominant-group authors to a study group for white people and those from other dominant-culture groups to ask questions about racism and white supremacy.

Since it started over a year before the killing of George Floyd, the group gave participants an immediate space to talk comfortably about the national response. The first thing some members did when they heard what happened was to jump on the phones with one another, Crummett said.

The group also hosts affinity group sessions for people of similar non-dominant identities to discuss their experiences. Having specific groups allows participants to speak their mind without fear of retaliation or hurting someone else’s feelings, Crummett said.

“People want to be able to ask their questions without reservations,” Crummett said. “I’ve heard questions that it’s hard not to be hurt by.”

The Central Oregon Peacekeepers supports the protests and projects of those in the community who support “equality for all,” according to group leader Luke Richter.

In some cases, Richter says, that includes having clergy people at protests to de-escalate conflicts with counter-protesters, people live streaming events online and others taking photos of, or researching counter-protesters.

Richter initiated the group after attending a Black Lives Matter rally in Bend and noticing tense encounters between protesters and counter-protesters.

“Just seeing how many people with handguns and 10 or 11 clips strapped to their chest (at some protests), that’s eye-opening,” Richter said.

The Peacekeepers made headlines when a consultant for the Deschutes County Sheriff’s Office stepped down after the group made public several comments the consultant had posted on Facebook.

According to posts on the Peacekeepers Facebook page, the group has also confronted law enforcement agencies about policies they viewed as unequally applied, met with Deschutes County District Attorney John Hummel and organized a counter-protest to a planned rally in support of President Donald Trump.

The Central Oregon Black Leaders Assembly seeks to bring a Black community to Central Oregon, according to Mylea Parker, one of the group’s core members.

Parker came to the group after she attended her first Black Lives Matter protest in Bend one day during her lunch break. From there, she got involved with the new organization to address the lack of community she’d felt while growing up here.

“Seeing how people are coming together,” Parker said, “I’m so much more hopeful than when I walked into the first protest.”

The group started after the death of George Floyd as an effort to empower Central Oregon’s Black community financially and professionally. To do that, the group has hosted protests, held an educational rally about civil rights and coordinated water donations for the Warm Springs reservation.

Education is a major focus for the group too, Parker said. Some members are contacting state and school district leaders to encourage the early adoption of a 2019 legislative bill requiring inclusive education in schools.

That curriculum would include the histories of groups that often go untold in textbooks, like Black people, Native Americans and those in the LGBT community. The legislation doesn’t require schools to implement the curriculum until 2026, but COBLA wants to start the local conversation sooner than that.

In the future, COBLA is planning to expand an internship program to place people of color in local businesses and advocate for better racial bias training in local police departments.

“A bunch of teenagers just wanting to make change” is how Jade Jager describes Bend4BLM.

The group started after a group of students wanted to better coordinate efforts to promote Black Lives Matter events. They created an Instagram account, which now shares information about upcoming protests and events.

“There doesn’t need to be violence,” said Jager, a Bend High senior and one of the group’s leaders. “For a lot of the protests, our goal is education.”

That education — on the history and purpose of the civil rights movement and the white supremacy which remains — can come both in and out of schools.

In schools, Jager says the group is meeting with Bend La-Pine School District leaders to advocate for racial education in classes. It’s joining COBLA’s efforts to see the early implementation of the state’s inclusive education bill, which might include more context about the civil rights movement or prominent Black authors and inventors, Jager said.

Bend4BLM is home to some of Central Oregon’s youngest racial justice activists — but Jager doesn’t think that means they’re uninformed or unable to contribute to the movement.

“We don’t want to wait until we’re older to be fighting to make a change,” Jager said.

Led by Erika McCalpine, a business instructor at OSU-Cascades, the Love Your Neighbor forums bring together local residents to share their experiences. The goal is to help the community welcome diverse residents when they eventually arrive in what is now a largely white region, McCalpine said.

“We are tilling the soil, preparing the ground, for when diversity lands here,” she said.

When she moved to Oregon from a small town in Alabama, McCalpine noticed people staring at her in public because she’s Black.

She started the forums after she heard a speaker from another state talking about diversity in the community.

The first Love Your Neighbor forum took place in February before the death of George Floyd, and the second was held online in June. Next, McCalpine plans to host a panel for high school students to share their experiences in the school system.

For McCalpine, tangible change will come out of the nationwide movement only if people remain engaged.

“I consider this community to be so thirsting for this knowledge,” McCalpine said. “There are so many people here that do diversity-related work in a town that’s so homogenous.”

I am looking forward to meeting Ms. McCalpine some day, when this health unpleasantness is behind us. I like her approach.

BLM is a useful group of racist idiots that seeks to define people by color not merit.

I guess it takes one to know one Tom.