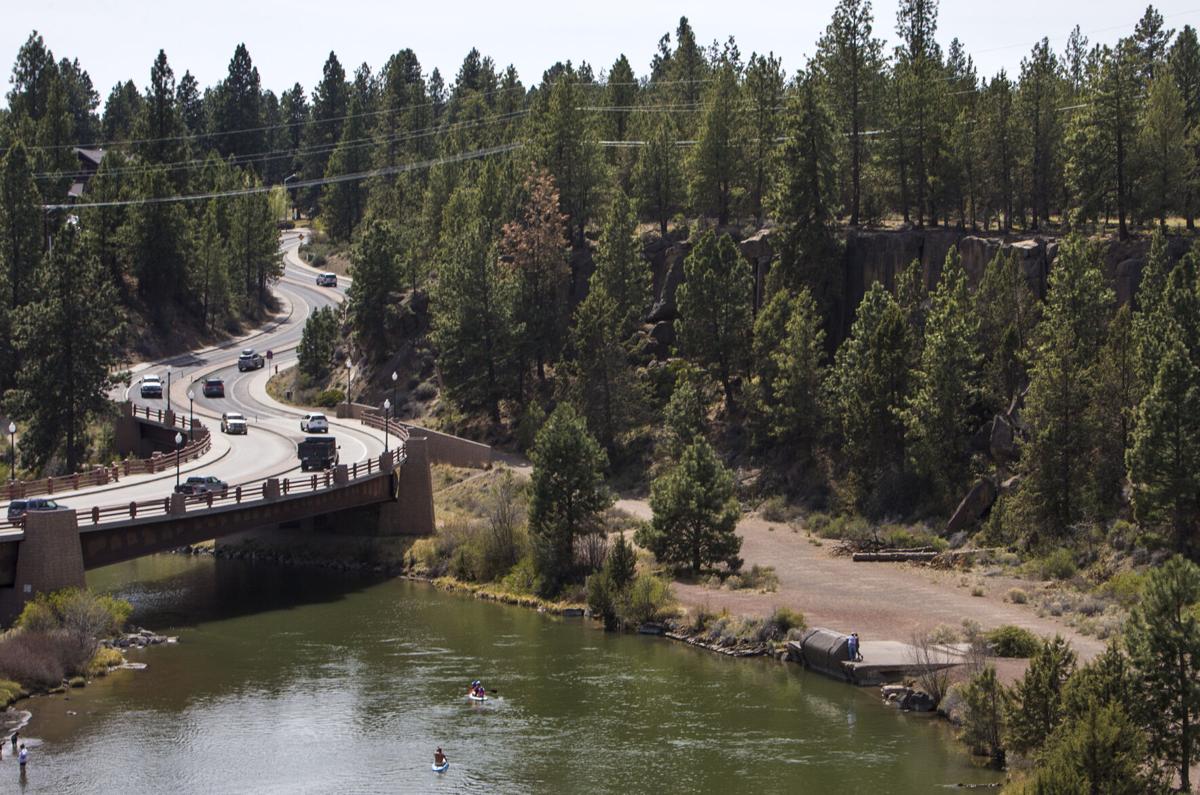 A development with condos, retail and more is being planned along the bluff above the Deschutes River and Bill Healy Bridge in southwest Bend. 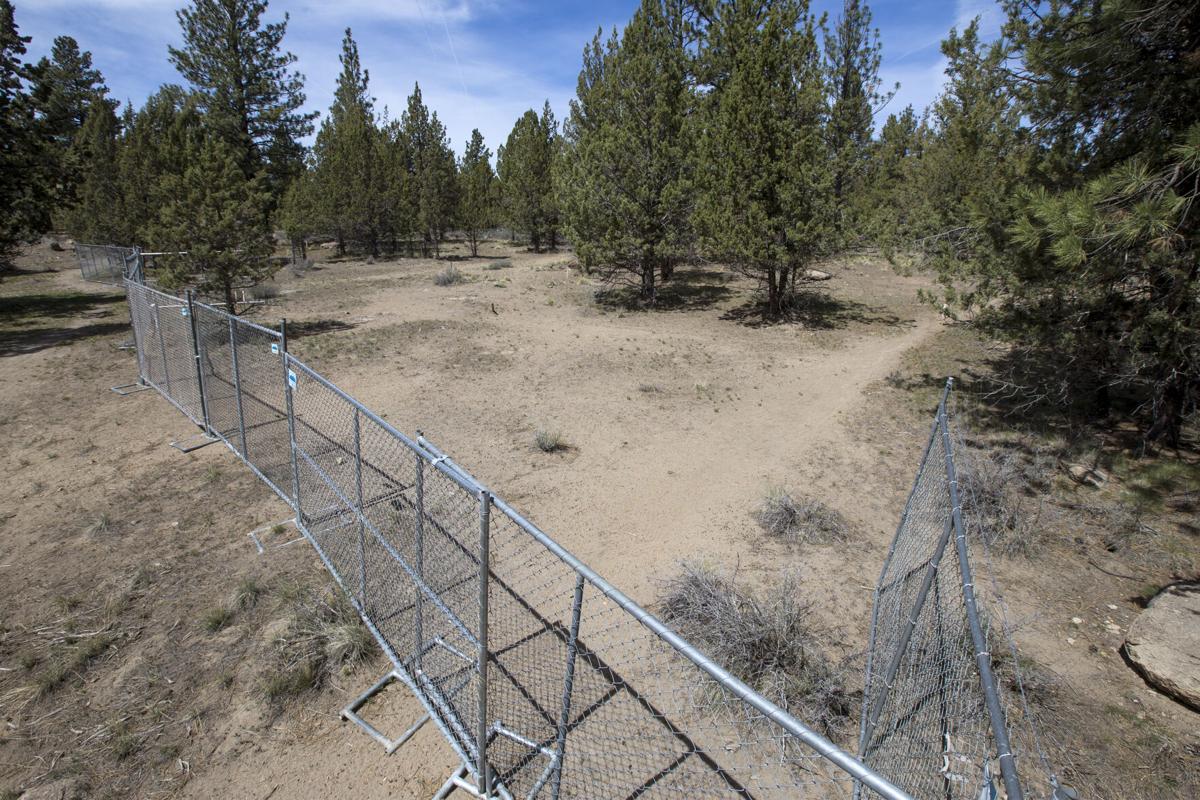 Fencing surrounds the site of a proposed development near the Deschutes River in Bend on Thursday, April 29, 2021.

A development with condos, retail and more is being planned along the bluff above the Deschutes River and Bill Healy Bridge in southwest Bend.

Fencing surrounds the site of a proposed development near the Deschutes River in Bend on Thursday, April 29, 2021.

A roughly 250,000-square-foot development overlooking the Deschutes River near Farewell Bend Park will include condos, retail, restaurants and hotel lodging, according to planning documents filed with the city of Bend.

The project, which would be called “Bend Village,” proposes building seven buildings on roughly 7 acres of land off the corner of SW Century Drive and Colorado Avenue, according to city documents. The complex also runs along Mount Bachelor Drive, with some frontage along Reed Market Road near the Bill Healy Bridge. It would be near the Pine Ridge Inn.

The buildings would range roughly between 50- and 60 -feet tall, according to city documents. The zone the village is proposed to be built in allows for buildings to be 65 feet tall with no special exceptions or variances.

The company behind the project is Heritage Hospitality Group, which is based in Ridgeland, Mississippi. Hiren “Chico” Patel, the CEO and founder of the hospitality group, did not answer questions over text about what the vision for the project is or when he expected the project to be completed.

A statement from the company’s general email account said: “At this time we will be deferring all interview requests until we are breaking ground and have gone through the city’s due diligence process.”

The city approved the application in the fall, and building permits and other permits are under review.

Some neighbors are concerned about the project. A handful of residents, as well as the Southern Crossing and Century West neighborhood associations, wrote to the city last spring to express concerns about increased traffic, access to Colorado Avenue , safety of crossing the Haul Road Trail, parking, classifying the proposed private street as a “street” rather than a parking lot, noise and height, according to city documents.

Scott Neil, the executive director of the senior living center Touchmark, said in an interview Monday he was personally concerned about the additional traffic the complex would create.

The Bend Village would be across the street from Touchmark along Reed Market Road, which already sees heavy traffic, Neil said.

“We are supportive of development, but we want it to be good and thoughtful development,” Neil said.

Doug Meyer, a board member of the Century West Neighborhood Association, first came to know about the project after seeing a small sign posted on the property while driving by on Colorado Avenue.

At first he didn’t think much of it, Meyer said. Then he saw the planning documents in a neighborhood meeting held by the developer.

“I thought: ‘Wait a minute, this thing’s huge,’” Meyer said.

Meyer is concerned about traffic congestion worsening on roads that are already often bottlenecked because of traffic to Mt. Bachelor ski area, and worries the project will dramatically change the skyline on the ridge above the Deschutes River.

“All you’re going to see paddling up the river are these massive buildings,” he said.

But most of all, he takes issue with the fact that the city didn’t do more to let more people know about the project. A notice only went out to property owners within 250 feet of the project, according to city documents.

“It will affect the whole city,” he said.

Gary, Please take five minutes to email the city council. They need to hear from residents like you. I have emailed but we need many more people to reach out to them to share their concerns and frustrations with development, uncontrolled growth, lack of infrastructure, increased traffic and pollution, loss of trees....

If anything, Bend should focus on solving current urban planning issues like 3rd street. Put those 60 ft buildings on third street and make the streets walkable and bikeable. Bend needs to have a better connection to 3rd St because it's quite unattractive in comparison to west side of Bend. Bend needs to spend their time on solving problems rather than trying to grow the city that it roads aren't ready for. Don't put these buildings on our beautiful river

Please email the City Council! We must let them know how we feel about this development and all future proposed developments. They are making a huge mistake by allowing something this massive.

"The official traffic study commissioned by the city estimates that over 2000 additional “trips” to and from the development will will occur EACH DAY. That's on top of the usual traffic seen today which is often already beyond capacity of Reed Market, Century and Colorado. "

This is the move big Finance has been making for some time. Maybe putting a price on every piece of land isn't the best idea when certain groups have near infinite amounts of it.

The city is being overrun by outside investment. We should be concentrating on providing housing for the local population, not building more big houses and expensive condos while destroying material beauty. Not too mention how many off the planned spaces are for small local business to start up? Or are rents going to bed so high that only national chains can afford to thrive.

This city council is going to destroy the city by continuing to worship big money over community.

This is a very exciting project and I wrote to the city council to provide my full support. Will add vitality, housing, dining options and lodging for overnight visitors to our beautiful area!

I guess we should have stopped the growth of Bend in the 1980s instead of now...... right?

How can something this enormous be approved after giving notice only to owners within 250 feet? The project has serious adverse consequences, and was approved in secret. This will be an eyesore on the ridge above the river that's visible for over a mile. It will impact traffic in a region of the city already too congested. Nobody knew it was even under consideration. What kind of city planning is that?

You are spot on. PLEASE email the city council your with your thoughts and show up to council meetings. We must be vocal and present in order to preserve the Bend we all love. Email: council@bendoregon.gov

PLEASE email the city council your with your thoughts and show up to council meetings. We must be vocal and present in order to preserve the Bend we all love. Email: council@bendoregon.gov

sick to my stomach

PLEASE, PLEASE, PLEASE email the city council regarding this project and all futures ones. Share your concerns regarding over development, uncontrolled growth, lack of infrastructure, increased traffic and pollution, loss of trees and whatever else you see fit. We need to fight to preserve Bend.

This is DISGUSTING!! WTF Bend?!! I've never seen an outdoorsy city have such disregard for the outdoors. Just crowd everyone into the forest, until it gets developed of course. This city hates trees. Heaven for bid any open space is left in this town especially along the river. Down with trees. They take up too much space. Wasn't there big complaints about building a walking path and bridge along the river because of it's impact on nature? Clearly no one cares about that anymore. Build, build, build. Less trees, more concret! We need a triple lane roundabout in this city. I call for more pavement!!

Very well stated. The current city government of Bend worships the dollar. They have no thought or concern for the quality of life, the environment or the history of the area. They repeatedly show a total lack of forethought in concerns of first upgrading or even maintaining infrastructure before development.

Please email council@bendoregon.gov. Your thoughts and opinions are critical to preserving Bend and prioritizing its residents over out of state developers.

Please email council@bendoregon.gov. Your thoughts and opinions are critical to preserving Bend and prioritizing its residents over out of state developers.

PLEASE, PLEASE, PLEASE email the city council regarding this project and all futures ones. Share your concerns regarding over development, uncontrolled growth, lack of infrastructure, increased traffic and pollution, loss of trees and whatever else you see fit. We need to fight to preserve Bend.