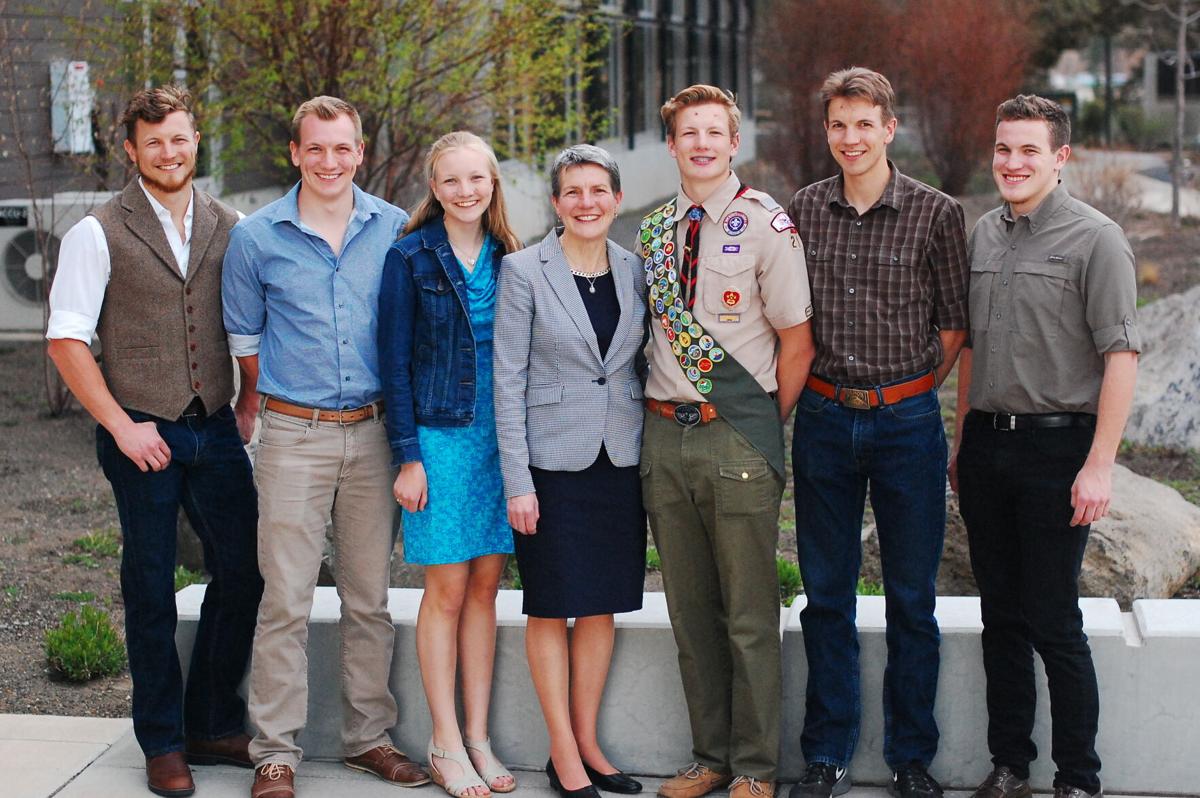 Martha Schwarz poses in this 2018 photo with her mother, Janet, and five older brothers, who all earned the Eagle Scout rank. 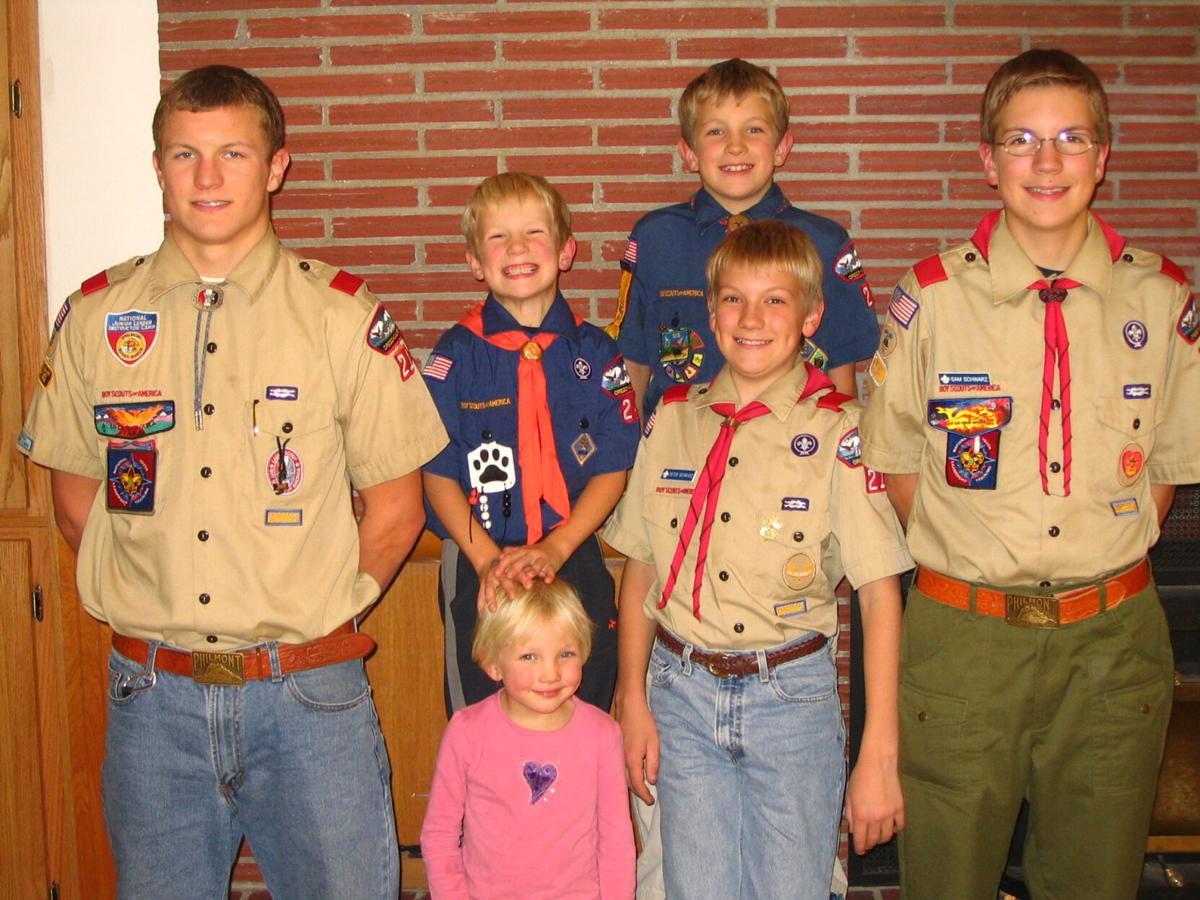 Martha Schwarz, 4-years-old at the time, poses with her five brothers for a photo in 2006. Schwarz grew up around the Boy Scouts, having all five brothers earn the rank of Eagle Scout. 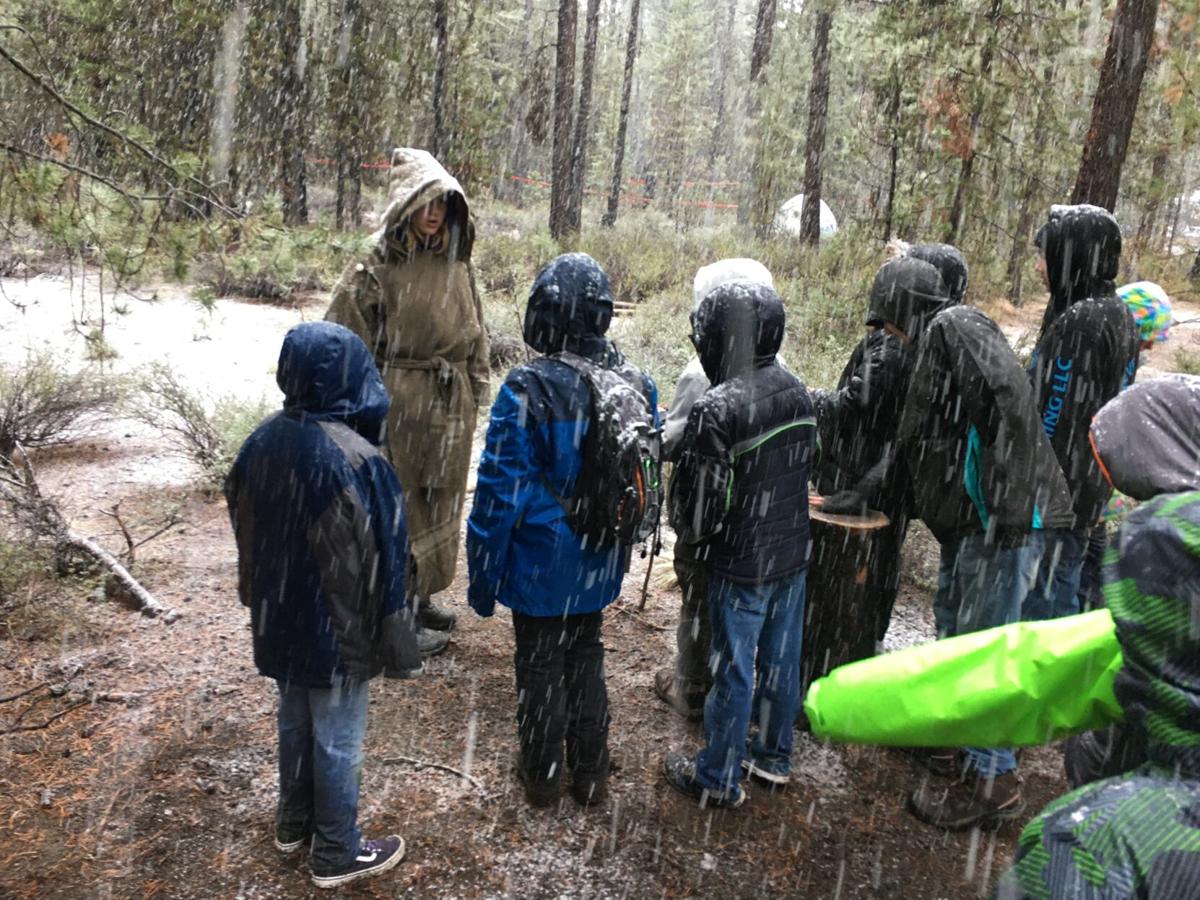 Martha Schwarz poses in this 2018 photo with her mother, Janet, and five older brothers, who all earned the Eagle Scout rank.

Martha Schwarz, 4-years-old at the time, poses with her five brothers for a photo in 2006. Schwarz grew up around the Boy Scouts, having all five brothers earn the rank of Eagle Scout.

Martha Schwarz is in rare company.

Not only is the 18-year-old Bend resident about to be in the inaugural class of female Eagle Scouts, but she will become the seventh member of her family to earn the highest achievement in the Boy Scouts of America.

Schwarz joins her five older brothers and late father, Doug Schwarz, who died in 2014 after a two-year battle with cancer.

“It helps a lot just growing up in a family that was focused on scouting and having the five older brothers who were Eagle Scouts encouraging me to get mine,” Martha Schwarz said. “Then my dad, he passed away when I was 12, so it was like I’ve got to do this. He would want me to do this.”

To earn the rank, scouts have to take a leadership role within their troop and earn a minimum of 21 merit badges that cover several topics, including first aid, civics, business and the environment.

Schwarz will be one of a few hundred girls across the country to officially become an Eagle Scout Feb. 8, the birthday of the Boy Scouts of America.

“We congratulate (Martha) on this amazing accomplishment in scouting,” said Rochelle Randles, a spokesperson for the Boy Scouts. “Earning the rank of Eagle Scout takes hard work and perseverance, and we are thrilled that hundreds of young women will be recognized as Eagle Scouts soon.”

Girls were welcome to join the Boy Scouts in February 2019. At the time, Martha Schwarz was preparing for her final year at Bend High School and busy as an honors student, and member of the nordic ski team and girls lacrosse team.

Joining the Boy Scouts seemed too time consuming, but by the end of her senior year this spring the COVID-19 pandemic closed in-school learning and she was able to graduate in March. Graduating early gave her extra time to focus on earning Boy Scout merits and become an Eagle Scout, before attending Carroll College in Helena, Montana, this fall.

“I had the time to do these merit badges,” Martha Schwarz said.

In August, she finished her Eagle Scout project, which is required to earn the rank.

She improved a meditation trail at the Diocese of Baker Diocesan Retreat & Conference Center in Powell Butte. She added a new portion to the trail, put in fence posts and made permanent wayfinding markers.

She had materials donated from Mike’s Fence Center in Bend and help from her brothers.

Three of Schwarz’s brothers — Joseph, 23; Peter, 26; and Samuel, 29 — also did their Eagle Scout projects by adding trails and benches to the religious center in Powell Butte.

Benjamin Schwarz, 31, did his project by cleaning up the former St. Vincent de Paul building in Bend. Levi Schwarz, 21, earned his Eagle Scout by building a meditation area next to a statue outside St. Francis of Assisi Catholic Church in Bend.

Because of her brothers, Martha Schwarz grew up around scouting. She helped out at several events and spent a summer in high school teaching archery at a Boy Scout camp.

“I taught scouts and adults how to shoot and helped the scouts earn their merit badge even though I was unable to earn mine yet,” she said, “because I wasn’t a scout yet.”

Her mother, Janet Schwarz, said each of her children gravitated toward scouting for different reasons. Some enjoyed the outdoors and winter camping trips, while others preferred the merit badges for electronics and craftsmanship.

“They were all drawn by different interests,” Janet Schwarz said. “There are so many merit badges and so many opportunities, you just don’t have to be a mountain man.”

Martha Schwarz said she was motivated to join the Boy Scouts to start the first female troop in Central Oregon. Over the past year, she helped form Troop 101, which now has 13 girls, ages 11 to 18.

“I wanted to help start a female troop in Bend so that girls like me could join scouting and have that experience,” she said. “It’s amazing to be a part of something this big.”

Martha Schwarz said she never felt pressured to join the Boy Scouts and pursue an Eagle Scout. In fact, her brothers wanted to make sure she was enjoying the experience of scouting more than actually getting an Eagle Scout, she said.

She was grateful for their support, and thrilled to carry on her family’s legacy.

“My brothers definitely didn’t want to push it on to me,” she said. “They wanted to make sure it was my decision, but I’m pretty sure they were happy when I decided I was going to do it.”