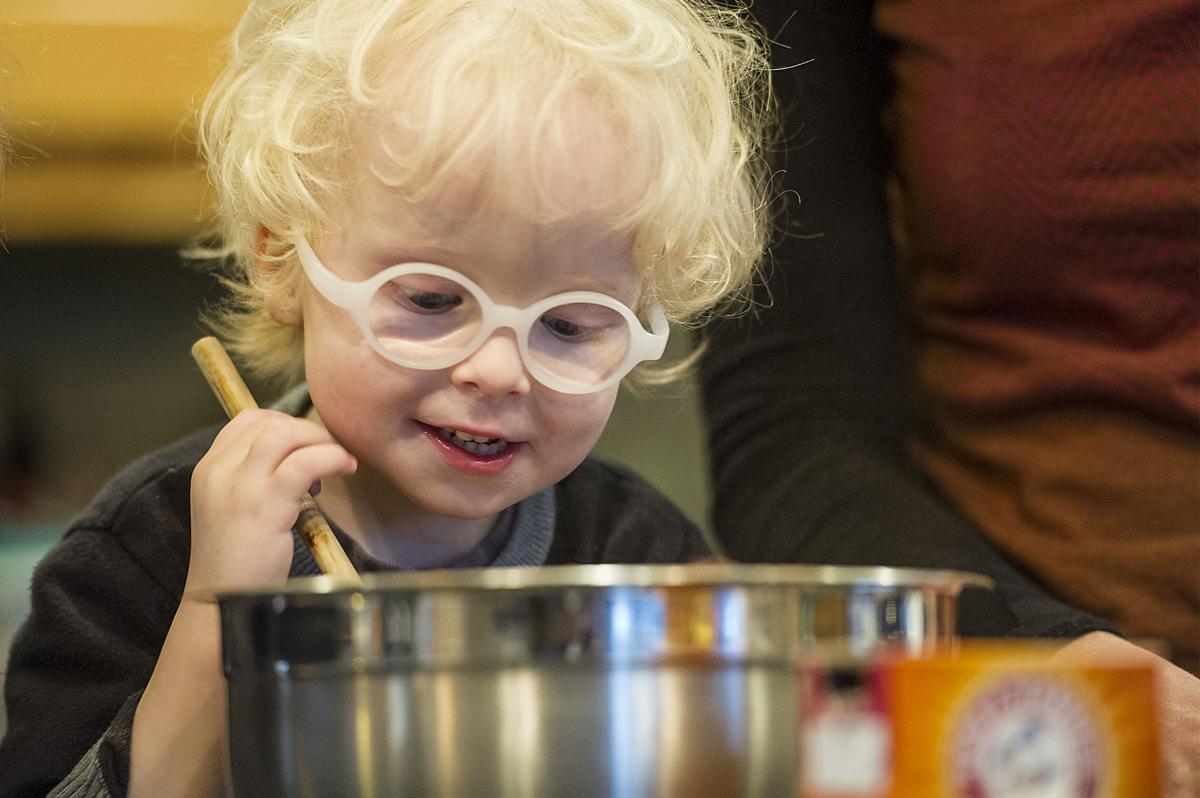 Grant Williamson, 3, makes cookies with his mother and twin brother on Wednesday. Grant was flown by air ambulance to Doernbecher Children’s Hospital in Portland for cancer treatment that resulted in a large bill from Life Flight. (Ryan Brennecke/Bulletin photo) 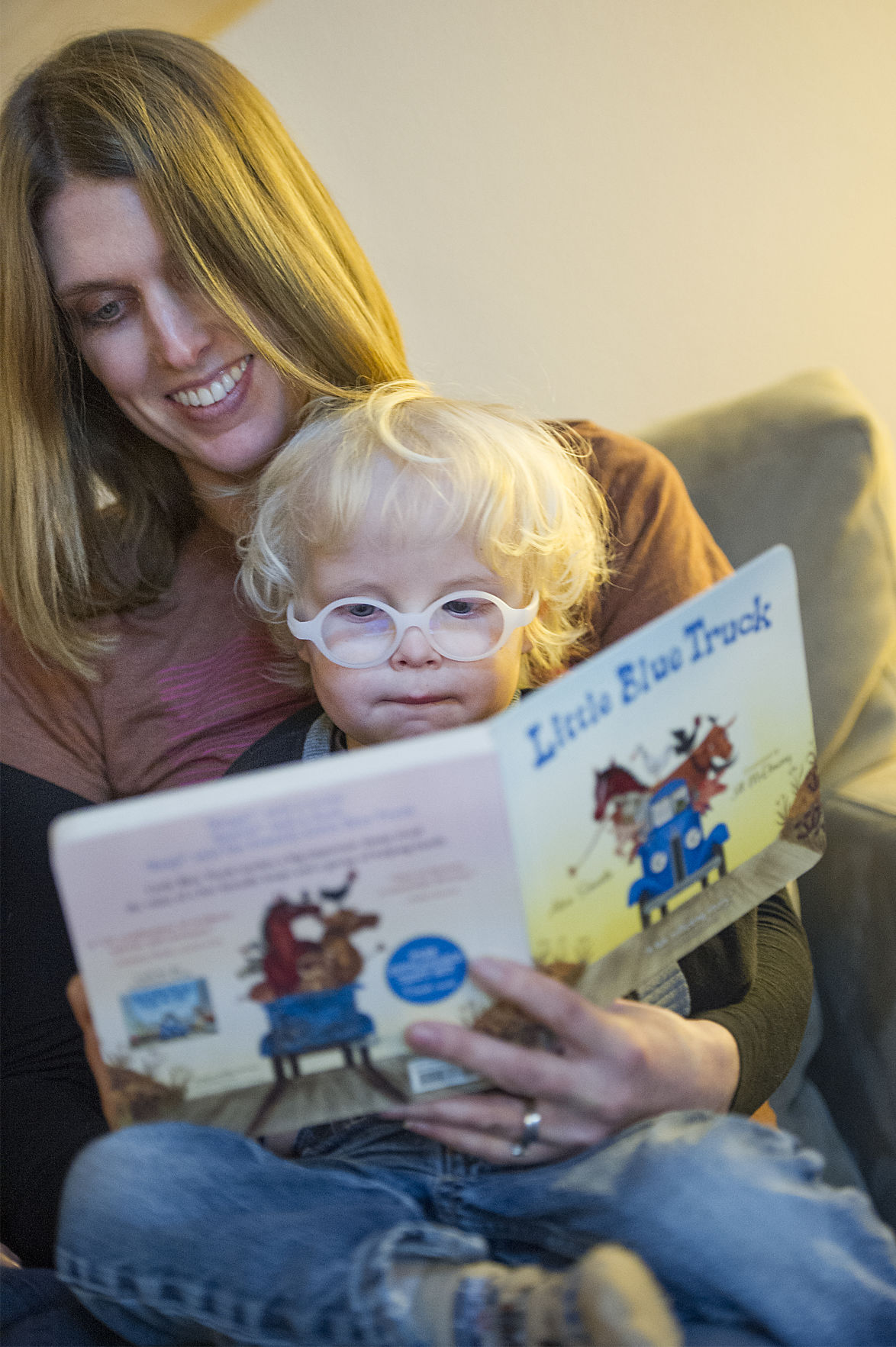 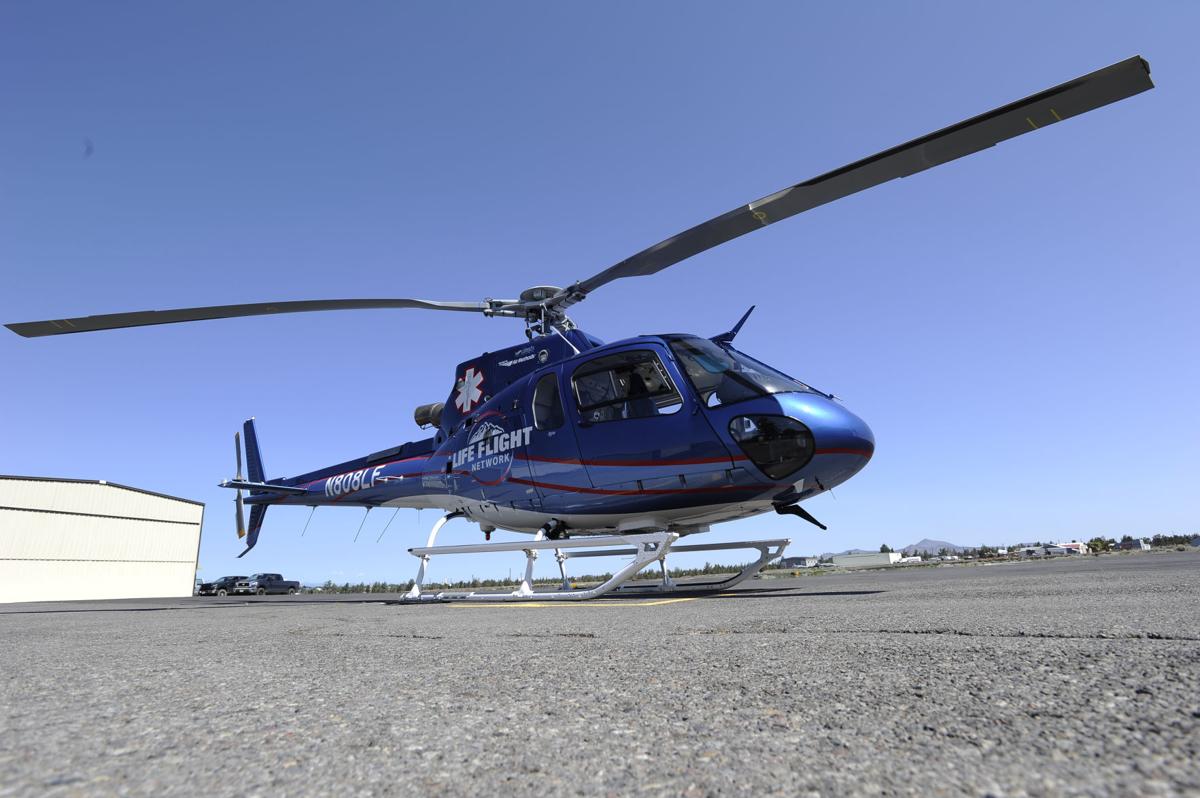   A Life Flight helicopter at the Redmond Airport. Since 2012, Central Oregon has been served by two air-ambulance services: the nonprofit Life Flight and for-profit AirLink Critical Care.(Ryan Brennecke/Bulletin file photo)

Grant Williamson, 3, makes cookies with his mother and twin brother on Wednesday. Grant was flown by air ambulance to Doernbecher Children’s Hospital in Portland for cancer treatment that resulted in a large bill from Life Flight. (Ryan Brennecke/Bulletin photo)

  A Life Flight helicopter at the Redmond Airport. Since 2012, Central Oregon has been served by two air-ambulance services: the nonprofit Life Flight and for-profit AirLink Critical Care.(Ryan Brennecke/Bulletin file photo)

Last August, just before his third birthday, Grant Williamson went on a $42,000 airplane ride. It was anything but a pleasure trip.

What his parents initially thought was a cold turned out to be a cancerous tumor pressing on this trachea. Diagnosed with acute lymphoblastic lymphoma, without immediate treatment, Grant would die. Emergency room doctors at St. Charles Bend arranged for a flight to Portland, where he would be taken by ambulance to OHSU Doernbecher Children’s Hospital for treatment.

Within four days, his tumor was under control and Grant was eventually able to return home. It was much later that his mother, Sarah Williamson, learned of the true cost of the flight.

Life Flight Network had billed them more than $42,000 for the flight and ambulance ride. Their insurance company would pay about a quarter of the bill, and Life Flight billed the family for the remaining $31,000.

“They’re trying to use the patient as a pawn,” Williamson said. “If your insurance company says no, the patient is held liable.”

Such surprise bills are a common problem throughout the nation as a result of massive growth of the air-ambulance industry. When Medicare increased in 2002 the rate it paid air ambulances, many companies added helicopters and airplanes to existing and new bases. But now with an oversupply of aircraft and little growth in the payment rates from Medicare and other public insurance programs, operators are increasingly shifting their costs to the only patients they can: those with private insurance or no insurance at all.

Officials from the Oregon Division of Financial Regulation say they have received 15 complaints since 2015 about air-ambulance companies seeking to recover from patients the money that wasn’t covered by insurance, a practice called balance billing. Those bills ranged from $14,000 to slightly more than $60,000.

“In these situations, we have done our best to bring all parties together to find a sensible resolution,” said Brad Hilliard, a spokesman for the agency. “Unfortunately, our efforts are limited because of the Airline Deregulation Act.”

That act, passed in 1978, prevents states from regulating price, route or service of air carriers, including air-ambulance companies. Several states have tried implementing limits on balance billing but those have been routinely overturned in court.

Williamson said she tried to negotiate with Life Flight, a not-for-profit based in Aurora, calling with her insurance representative on the line. But the company was unwilling to lower its bill unless the family provided its financial information. The Williamsons refused, not wanting to give the company a road map for how to take their money.

“They wanted us to tell them our financial picture, so they could figure out how to stick you, to determine if we can pay and how much they’re going to come after you for,” she said.

Many air-ambulance companies have processes for customers to apply for a reduction in their bills if they can prove a financial hardship.

“We’re just trying to make sure that people aren’t taking advantage of the system,” said Jacob Dalstra, regional director for Life Flight. “We only have so many charitable funds and we want to make sure it goes to someone who actually needs it, versus someone who’s making six figures and living very comfortably.”

Air-ambulance companies say 70 percent of their flights transport Medicare, Medicaid or uninsured patients. Medicare and Medicaid, they say, cover only half their costs. Federal regulations do not allow companies to bill Medicare and Medicaid patients for the balance, so air-ambulance companies shift those uncovered costs to other customers. If customers can’t pay, however, many companies will place liens on their properties to recover unpaid bills. Life Flight has filed at least 37 liens in Deschutes County since 2008, seeking payments ranging from $12,625 to $36,218.

“A big reason (why costs are so high) is we’re dealing with two of the most expensive industries: health care and aviation,” Dalstra said.

Each air-ambulance base has its own fixed costs, needing to have aircraft and crews ready to fly at a moment’s notice, 24 hours a day, seven days a week.

AirLink Critical Care Transport had been the only air-ambulance service in Central Oregon, until Life Flight opened a base in Redmond in 2012. That meant the region suddenly had to cover the overhead for two bases with the same number of flights. Now most days AirLink, owned by Denton, Texas-based for-profit Med-Trans Corp., flies only one or two patients in Central Oregon each day.

“When Life Flight moved in, that cut into that,” Kristin Lingman, AirLink’s manager of outreach and development. “It’s expensive to run a 24-hour operation and get one to two flights a day.”

Dalstra disagreed with the notion that the region was oversaturated with air-ambulance providers.

“There may be times when we’re not available and they are, and we back each other up,” he said. “I think if anything, the citizens of Central Oregon are lucky to have the amount of resources in that area.”

Lingman said AirLink doesn’t engage in aggressive billing practice or the use of third-party billing firms. When patients are flown in an air ambulance it’s because they’ve experienced a medical crisis, she said, and they may not always be able to provide for themselves or their families as they could before their emergency.

“We believe in compassionate billing practices,” Lingman said. “We want people to know we’re not going to come and take away their house and home.”

Lingman said AirLink does not file property liens if someone cannot pay their bills.

Dalstra said he couldn’t speak to the specific of the Williamsons’ bill, but said in general, Life Flight tries to work with patients to get their insurance companies to pay and offers payment plans and other help for the balance.

“Insurance companies are billion-dollar companies and are always looking for ways to not pay or deny claims,” he said. “We are seeing more and more of that, and honestly, if insurance companies would pick up their fair share, we’d see less of these cases.”

Membership dues, however, only cover a small portion of the company’s revenues.

There have been efforts on the federal level to give states more power to regulate air-ambulance companies. Congress voted last year to create an advisory committee to look at air-ambulance billing issues. That committee had been accepting applications and nominations for members through Jan. 15 but has not yet named its members.

The Association of Air Medical Services called on Congress to restructure Medicare payment for flights with industry reporting of costs and quality-of-care, as well as for insurance companies to negotiate fair and reasonable in-network agreements with air medical providers in their area.

“Sometimes we’re paid fairly and reasonably by commercial insurance; increasingly we’re not,” the group said in a written statement. “The economics are unsustainable.”

The Williamsons have since paid for memberships with AirLink, Life Flight and the local ground ambulance service. They signed up just in time. Three days after purchasing the memberships, Grant needed another emergency flight to Portland. They took off just minutes after the mandated 72-hour waiting period for new members.