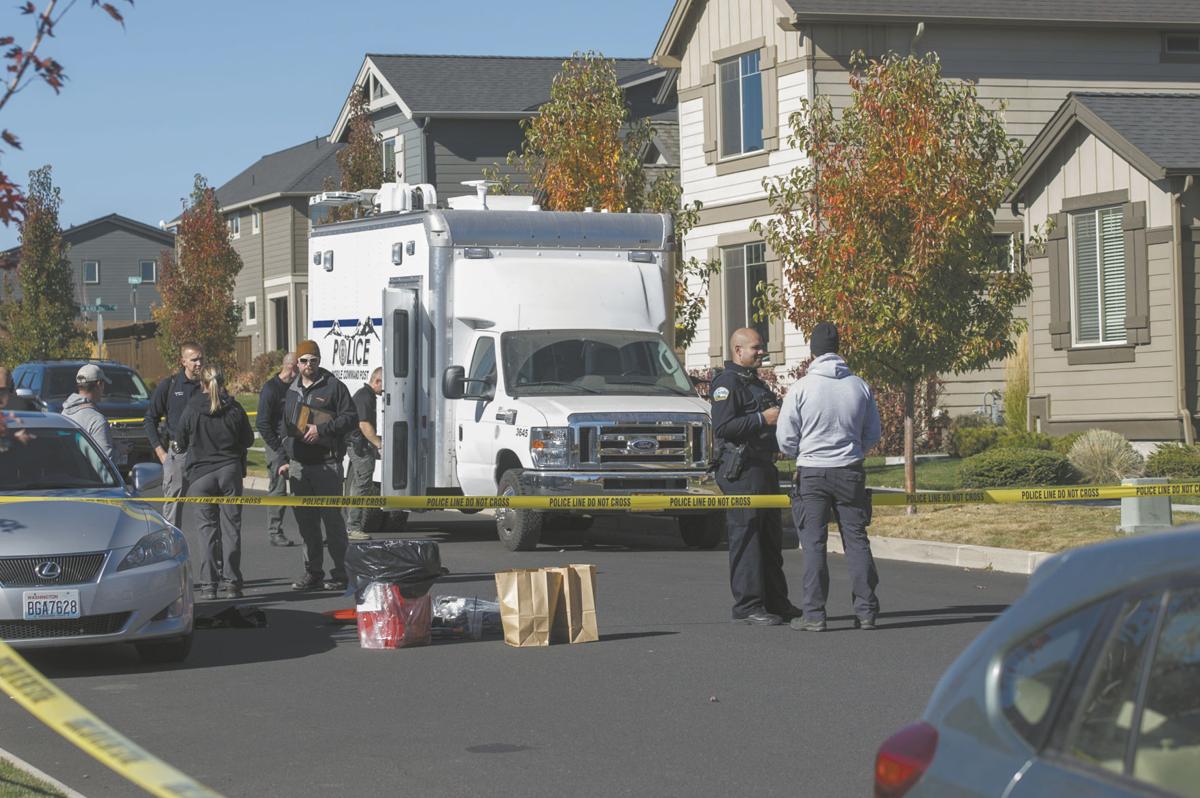 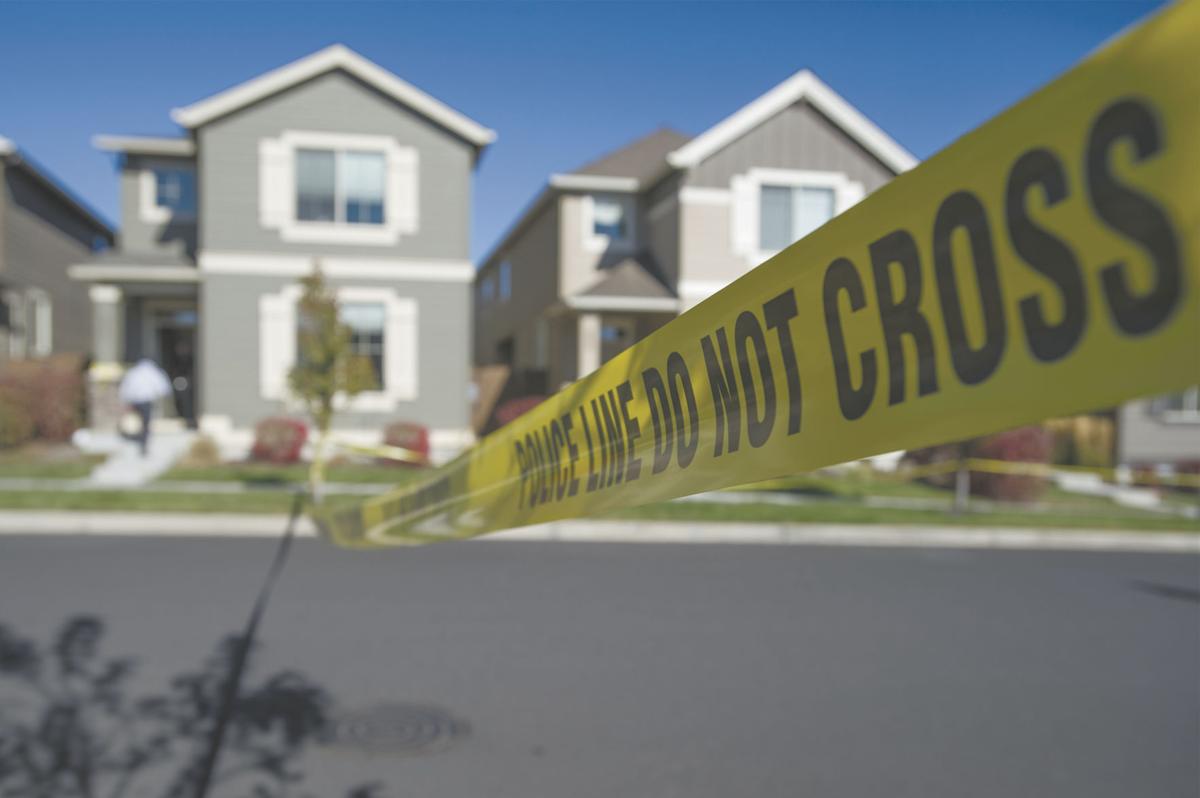 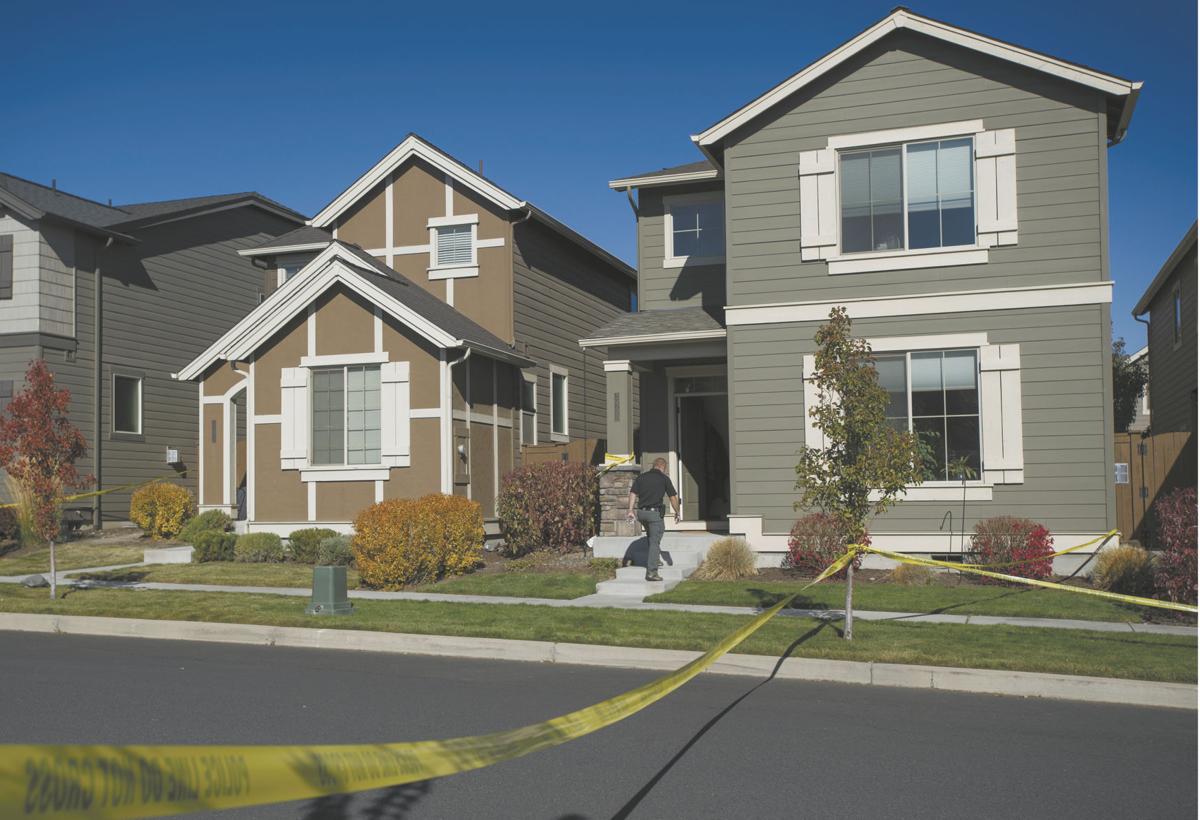 Tyler Herrick ate dinner with his parents on the night of Oct. 19.

They’d spent the day refinishing furniture at Herrick’s neat home in the McCall Landing subdivision on Bend’s east side. Conversation covered an upcoming family vacation that was to include his girlfriend.

“Everything was normal, and Tyler was happy,” his mother, Sheri Herrick, wrote to The Bulletin.

The 31-year-old Bend tech professional texted his mom and dad until about 10 that night, and later with his girlfriend. In these exchanges, Sheri Herrick said her son was the same person she’d always known — thoughtful and upbeat.

“He was in contact with his girlfriend until after midnight,” she wrote. “Everything was positive, planning for their future.”

After midnight, something changed in Tyler Herrick.

Bend Police say the former G5 employee, who had no criminal record and had recently gotten a puppy, stalked strangers in his east Bend neighborhood with an AR-15 rifle, killing Kyle Adams, 33, before being shot by 31-year-old Brennan Pebbles after entering the neighbor’s bedroom.

Pebbles has declined to discuss what happened. The 911 emergency call he made moments after shooting Herrick, offers a first-person description of the deadly encounter and fills gaps in its murky timeline. The Bulletin obtained the audio file, which was split into Part 1 and Part 2, from authorities.

Although the emergency call does not offer clues to Herrick’s motives, investigators say his actions could have been caused by a synthetic drug known to cause psychotic episodes.

“Bath salts are a possibility,” said Deschutes County District Attorney John Hummel, referring to the synthetic drug by its street name. “The tox screening should pick that up.”

Hummel said last week, his office was no closer to learning what drove Herrick that night.

Blood samples from Herrick’s body await testing at the state crime lab. They should show what substances, if any, Herrick had in his body at the time of the incident.

Had he lived, Herrick likely would have faced aggravated murder charges. Without an upcoming trial, cases like his get pushed to the back burner, Hummel said.

Investigators have interviewed many people in Herrick’s life.

Typically in cases like this, friends and family remember odd behaviors — a violent Facebook post or offhand remark — early warning signs they should have picked up on. Here, everyone who knew Herrick says the same thing: they’re stunned.

“This seemed to come out of nowhere,” Hummel said.

Hummel said Pebbles’ story lines up perfectly with what forensic investigators found at the scene.

Tyler Herrick lived in a two-story home in the 20000 block of NE Sierra Drive that he bought in 2014 — one nearly identical to all the others in rows in McCall Landing.

The home next door, which is owned by Daniel and Charlotte Pebbles, was occupied at the time of the incident by four 30-something renters, including the couple’s two sons, Evan and Brennan.

About midnight the night in question, roommate Kyle Adams, an assistant manager at the Bend Market of Choice, was asleep in his room.

The fourth roommate was away on a trip.

Authorities have said that sometime after 12:30 a.m., Adams was awakened by a man standing in his bedroom and spouting “unintelligible gibberish” — Tyler Herrick.

Adams demanded Herrick leave the home. Herrick backed out of the house the way he entered, and Adams texted Pebbles to tell him what happened. Pebbles left work and headed home.

Evan Pebbles said he and his roommates did not know Herrick personally and their only interactions were basic greetings in passing.

When Brennan Pebbles called 911, he told the dispatcher his roommate — Adams — said the man who appeared in their house in the middle of the night was “screaming” at Adams and “chanting numbers.”

At 1:22 a.m., the first of a flurry of 911 calls were received at Deschutes County’s emergency dispatch center. Callers reported being awakened by gunshots and their dogs going crazy.

A caller at 1:24 a.m. said he watched a young man try to break into the house across the street.

With his Springfield XD-S handgun in one hand and his cellphone in the other, he told the emergency dispatch operator he had an intruder down in his bedroom doorway.

“OK, are you saying you shot him?” the dispatcher asked.

A few moments later, the dispatcher asked Pebbles if the intruder was still breathing.

“He is, but he’s struggling for breath,” Pebbles said. “He’s bleeding a lot, and I don’t know what to do.”

Pebbles told the dispatcher he’d been downstairs talking with Adams about the bizarre encounter his roommate just had when a bullet blasted through the home’s front window, striking Adams in the face.

Pebbles ran upstairs to grab his handgun from his bedroom, then hid in his bathroom and listened as at least a dozen more rounds were fired.

He would have to wait in the bathroom for several minutes as Herrick made his way through the house, hunting for Pebbles.

The rounds Pebbles heard likely were fired into the front door, which investigators said Herrick did to gain entry to the house, before he resorted to shooting glass out of the front window and crawling into the home.

By this point, authorities had secured the surrounding blocks and were gathering outside the house.

Dispatch called Bend Police and transferred Pebbles’ call to Cpl. Cynthia Ksenzulak, who was outside.

She advised him to come out with his hands up so medics could come in.

Pebbles put his gun on his bed, squeezed past Herrick, who was still breathing, and ran down the stairs.

He struggled with the door knob.

“What do you mean you can’t open the front door?” Ksenzulak asked.

Before he put his phone in his pocket and crawled out the front window to surrender to police, she told him, “You’re doing a good job.”

Authorities swooped in to secure the scene, and dispatch called St. Charles Bend at 1:54 a.m. to say gunshot victims were on the way.

Herrick’s family recently held a celebration of life, where more than 170 friends, co-workers and relatives exchanged stories of his “remarkable kindness and love,” his mother said.

“Not one person saw anything out of the ordinary or odd about his behavior, not one,” Sheri Herrick said. “These were his closest friends, and they never saw anything amiss. We are all in shock.”

She said the family is choosing to focus on her son’s nearly 32 years of life, and not the final minutes on the morning of Oct. 20.

“We will never forget there is another family who is grieving and in the same pain,” Sheri Herrick said. “They are looking for the same answers we are, and we feel their sorrow.”

His boss at Market of Choice, Casey Capell, said Adams was known for his ever-present smile and great attitude, and was well-liked by his co-workers.

“This has hit us extremely hard,” he said.

Brennan Pebbles has been credited with saving his own life and preventing further bloodshed in the early morning of Oct. 20.

When reached for comment for this story, he said he wasn’t comfortable reliving the event.

He said he’s decided to not take legal action against Herrick’s estate or any other parties involved.

“I just want to heal,” he said. “I want all the families involved to heal.”