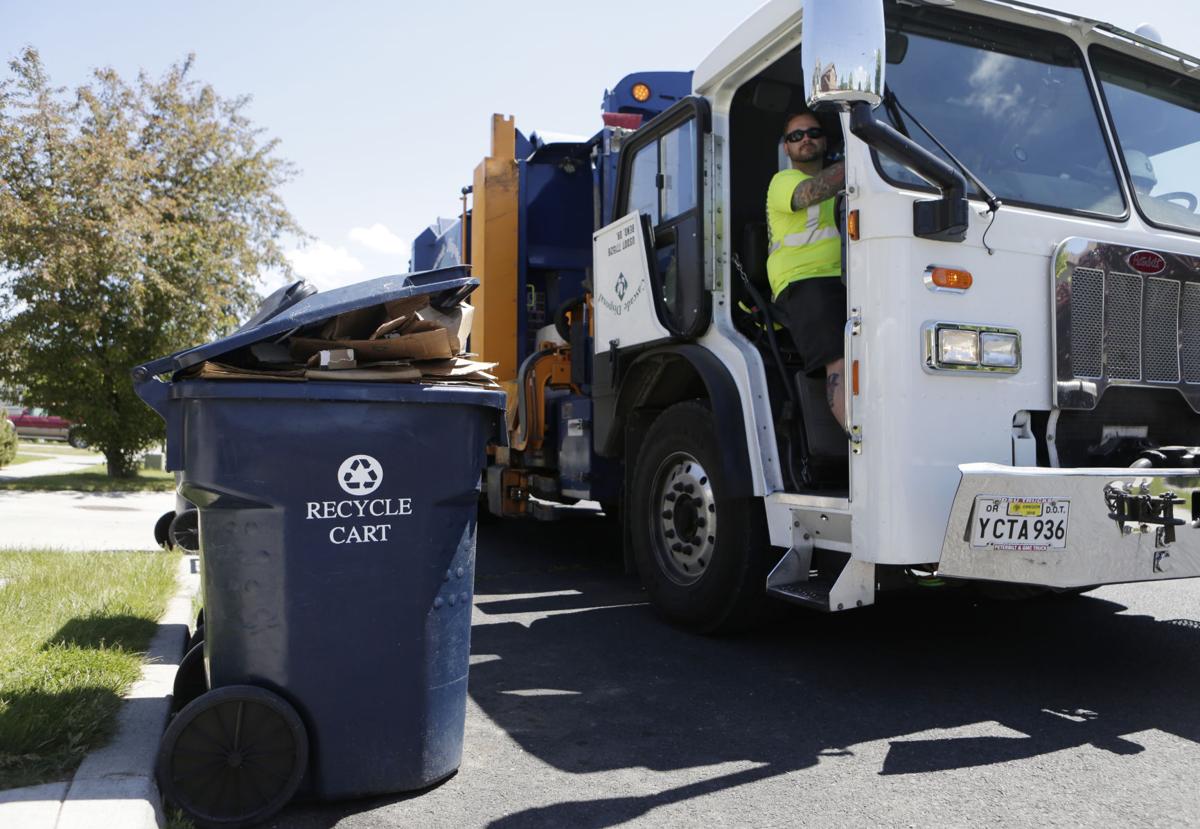 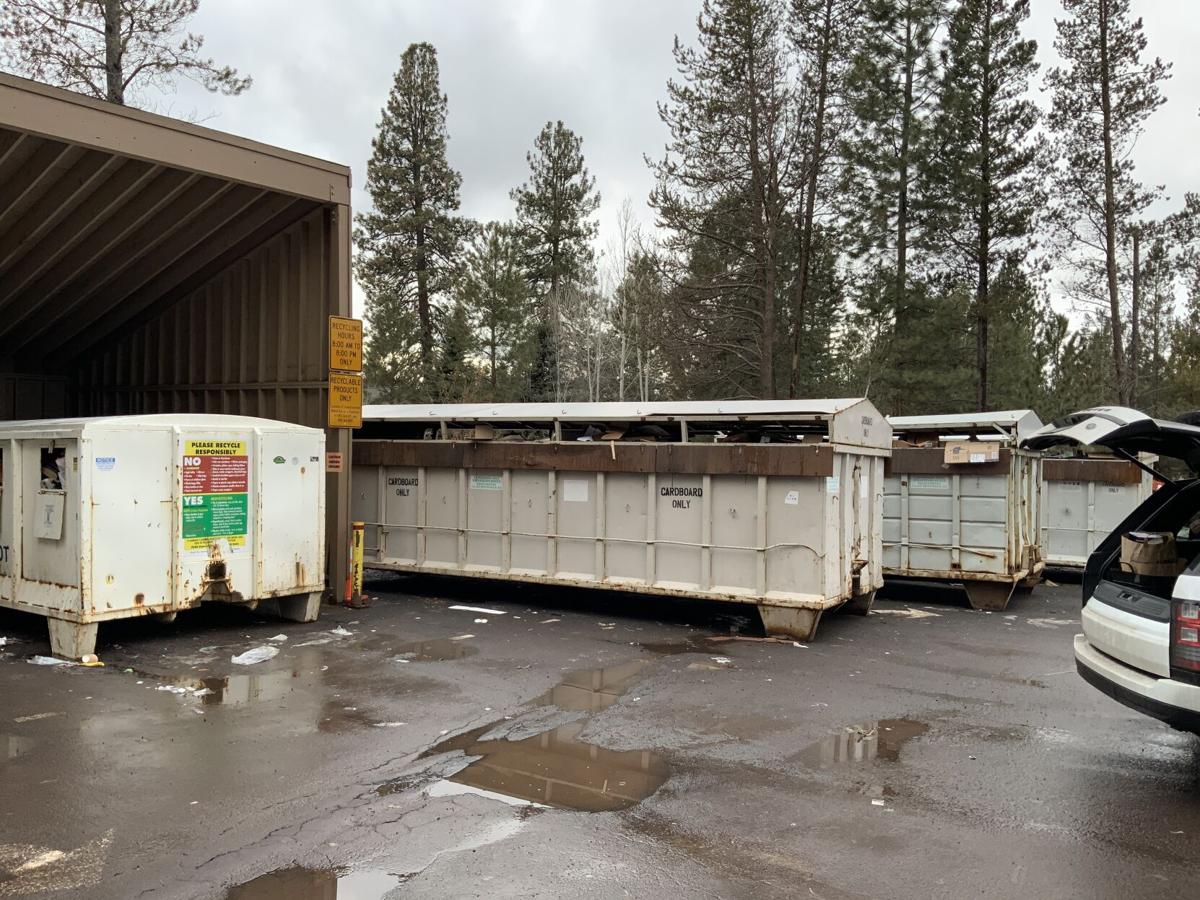 Recycling is rarely a controversial topic — Central Oregonians are all for it. The way that recycling is done and how it gets picked up in Sunriver, however, has become a lightning rod for debate among residents and local authorities.

At the heart of the controversy is a 25-year-old recycling center located close to the community’s police department and fire station. Residents and property managers can take their recyclable materials there 24 hours a day, seven days a week. But some say the center is unsightly, not efficient, and needs an upgrade.

That is where the debate lies. The Sunriver Owners Association has proposed to build a new facility right next to the current location using its reserve funds, which are funds specified for the replacement of existing facilities.

Others want to do away with the center altogether and just offer home pickup of recyclable items. Still, others think there is room for a hybrid model, with a drop-off location and home pickup.

“The biggest issue is the expenditure,” said Mark McConnell, a Sunriver resident since 2005. “People are opposed because they are building another recycling center that will just have all the same problems and issues that they current one has, it will just be more expensive”

McConnell is in favor of home pickup, and a recent survey shows that roughly half of Sunriver residents would pay for this option.

But home pickup of trash services is complicated in Sunriver due to local laws that prevent trash barrels from being left on the street. Instead, residents keep their garbage in an enclosure next to their homes.

Haulers must enter this enclosure to remove the trash, which is more expensive and time-consuming compared to curbside pickup. Adding a recycling bin to the side enclosure would increase the cost of pickup.

Timm Schimke, director of the Deschutes County Solid Waste Management, says there are other challenges related to the enclosures, which must conceal from view trash and recycling containers.

“Most enclosures in the community are sized for current trash collection volumes and are too small to add a recycling cart,” said Schimke. “This will require expensive enclosure modifications that many homeowners either cannot make due to space limitations on the property or do not want to make due to the expense.”

Side yard pickup of recyclable materials is not allowed. Residents either go to the recycling center or travel 8 miles south on Highway 97 to the Southwest transfer station run by the county.

Construction of a recycling center is not yet a done deal. The Sunriver Owners Association board has authorized a vote in July of the owners to expend funds from the association’s reserve account to build the center. Approval of 60% is required to use the funds.

James Lewis, General manager of the association, said a final cost is yet to be determined. A survey conducted by the association suggests the price tag could be around $750,000 for the new center but Lewis said that estimate is two years old and the association is working on a more definitive cost.

If the facility is approved, said Lewis, a significant amount of the overall costs for the facility can be recouped through a three-party agreement with Deschutes County and Cascade Disposal, which services 88% of the residences in Sunriver. Cascade Disposal serviced Bend customers, including picking up curbside recycling in Bend, until Republic Services took it over recently.

Lewis is an advocate for the new center, saying that growth in Sunriver has overwhelmed the existing facility. He adds that it needs to move to a different site to avoid conflicts with other users of the public works yard. The new facility would have more efficient traffic flow, better landscaping and lower height bins for ease of customer use.

Phil Torchio, founder of the Broomsmen, a plastics recycler in Bend, said a recycling center in Sunriver makes sense and has the potential to be a cleaner source of separated recycling materials compared to home pickup. But Torchio cautions that good planning is needed.

“If the drop-off point is mismanaged it will become extremely costly to maintain and promote as a green experience,” said Torchio. “If recycling is a priority to the community, and the costs of this service are fully understood and supported, then it will be successful.”

But the management of the current facility has been a real problem, said McConnell, who goes there monthly to drop off items. The bins are not monitored, he said, so much of the material that goes in them is not recyclable.

“There is no attempt to fix that problem, which is what most people are upset about when they go there,” said McConnell. “People are not happy that others are not recycling properly, and there hasn’t been an attempt to change that behavior. There isn’t any control over it.”

Ed Pitera, who resides in Sunriver for about a third of the year, says the best solution in Sunriver is to let residents pay for the option that best suits their needs. That could mean a smaller-sized recycle center for some and home pick up for others. The proposal to construct a new facility isn’t effective, he said.

“Spending $600,000 to $750,000 for a building to temporarily store recyclables for on average one or two nights seems crazy,” said Pitera. “I would rather see the hauler’s excess profits go to programs that draw more households into the recycling world. Convenient low or no-cost home pickup of recyclables is one such approach.”