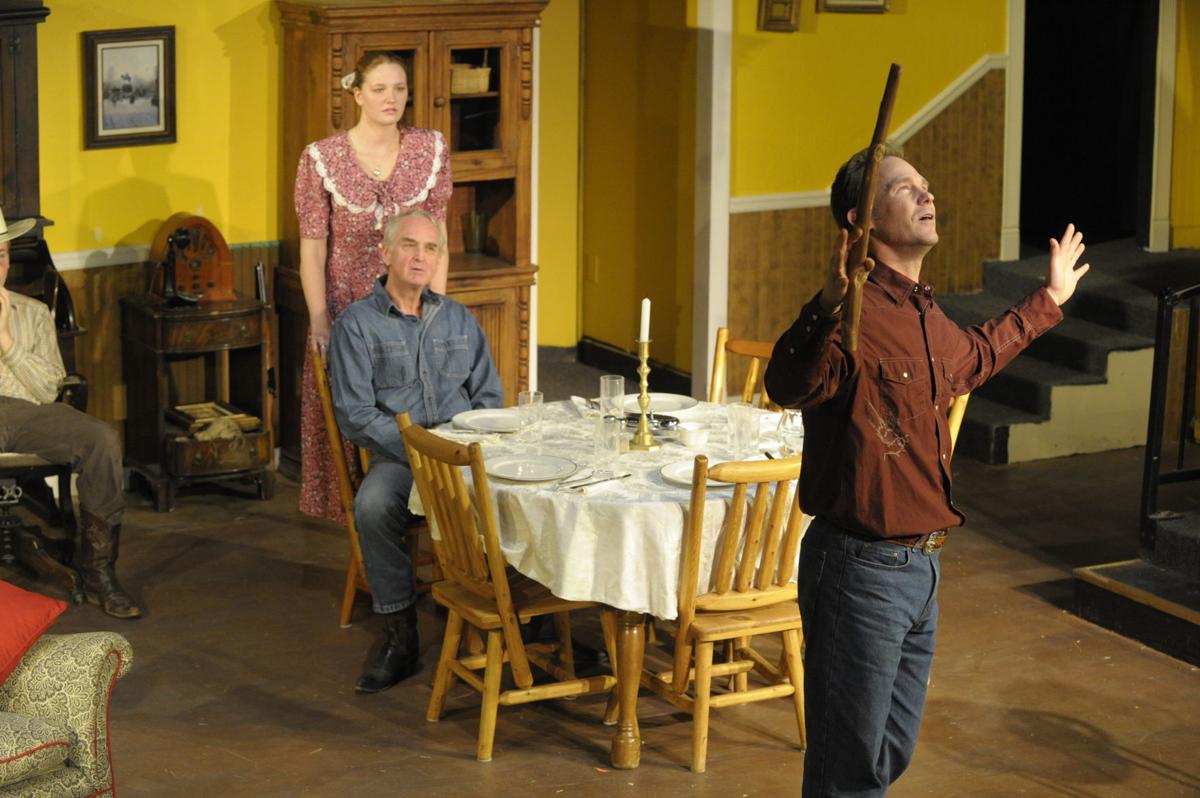 Actors rehearse a scene from “The Rainmaker” at 2nd Street Theater in 2011. 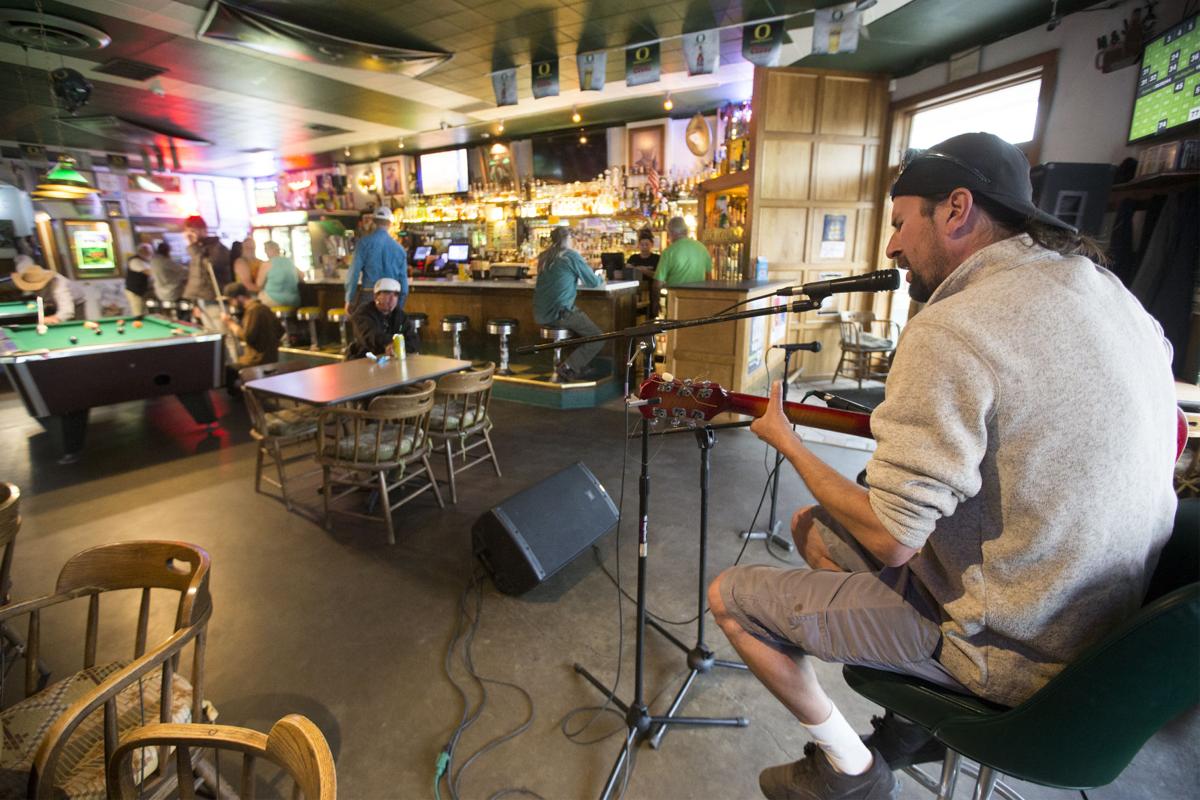 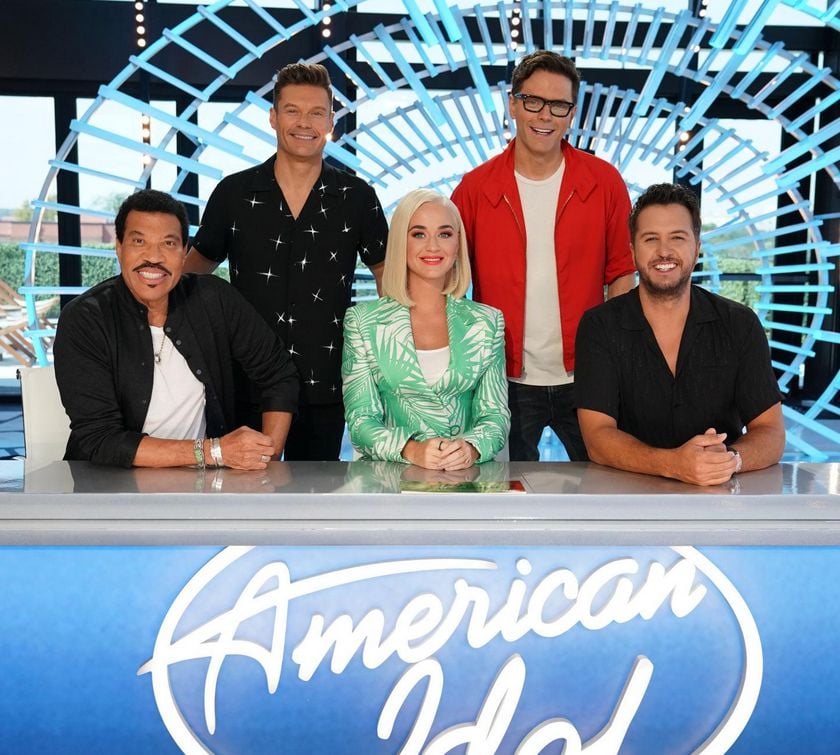 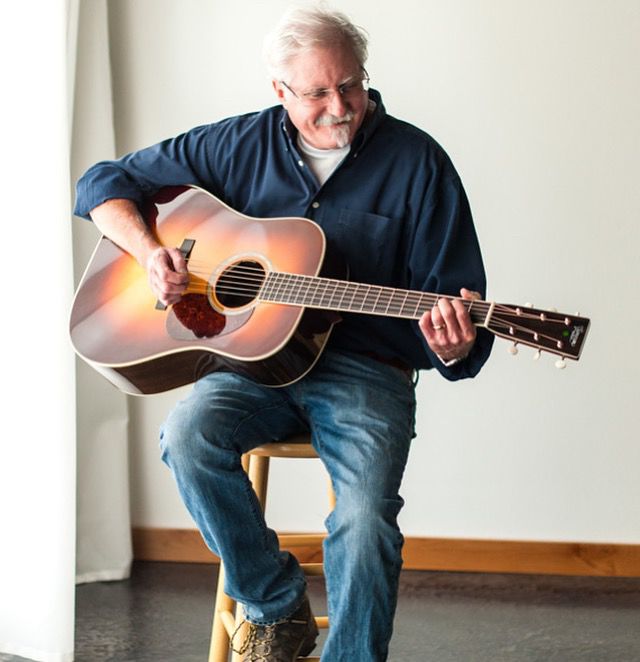 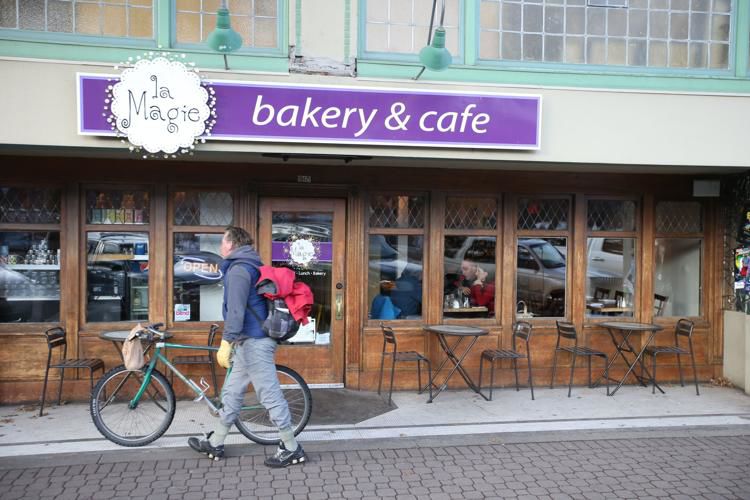 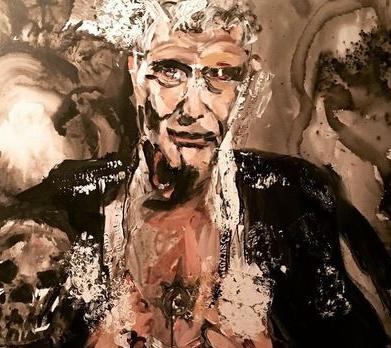 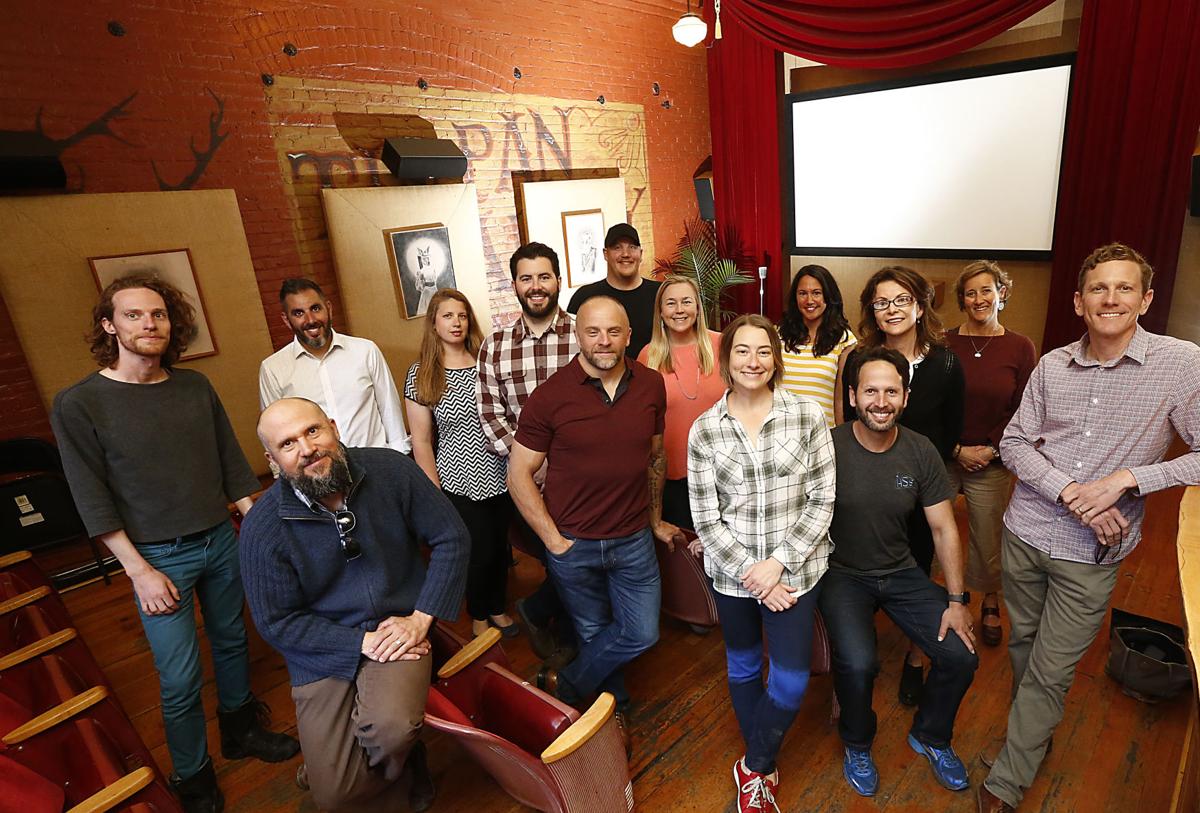 Members of the BendFilm board of directors, BendFilm staff and employees of Tin Pan Theater pose for a portrait in the theater on May 2, 2019. 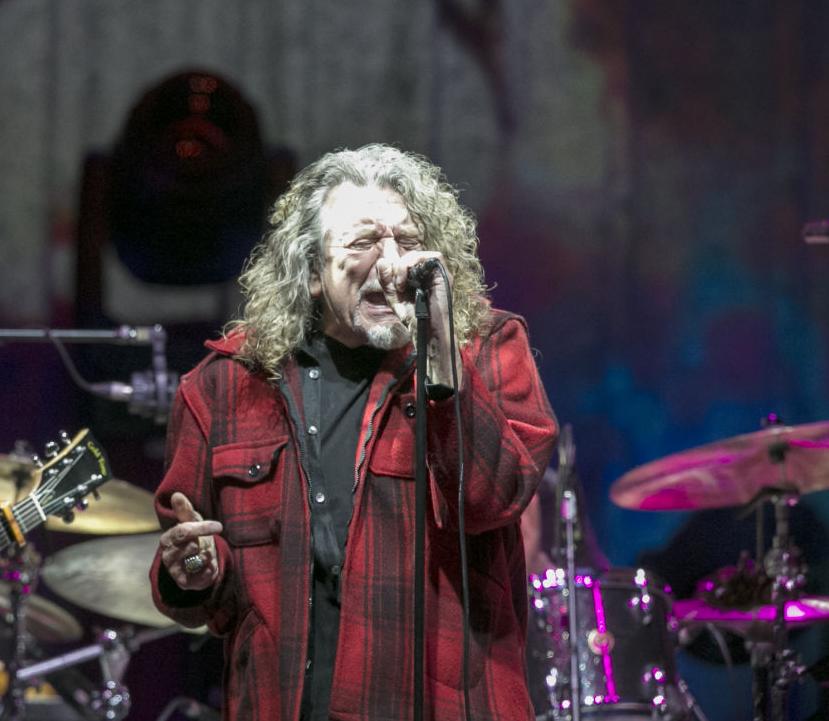 Robert Plant and the Sensational Space Shifters perform at the Les Schwab Amphitheater in Bend on Oct. 3, 2019. 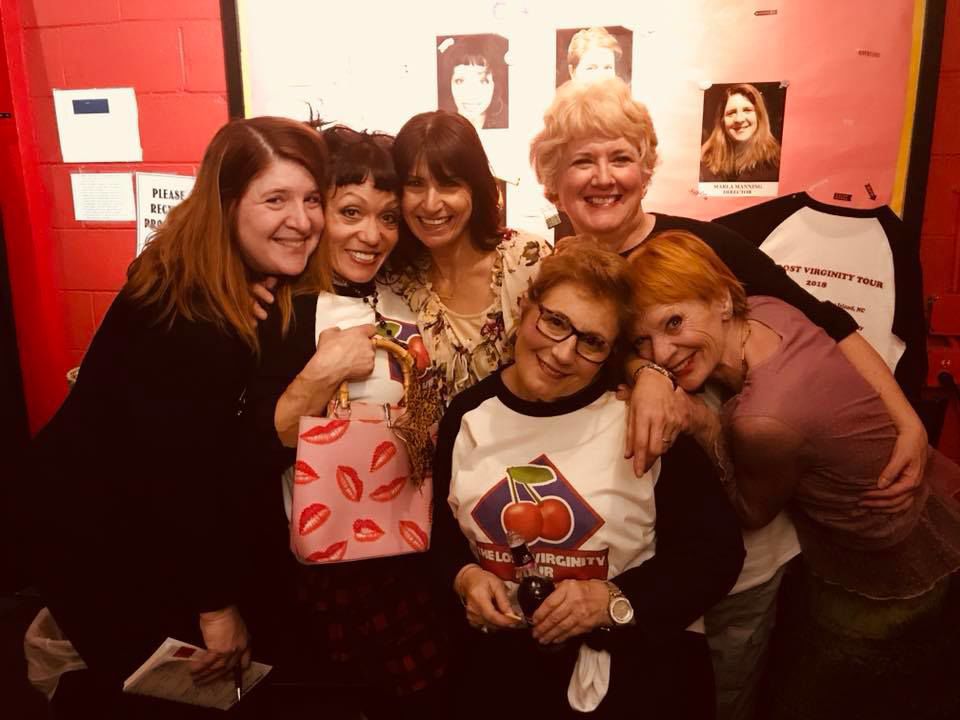 Bend playwright Cricket Daniel, third from left, with cast members and the director of “The Lost Virginity Tour,” which premiered in Bend in 2018 at 2nd Street Theater, which closed at the start of 2019.

By David Jasper The Bulletin

From TV’s “American Idol” shooting in Sunriver to the return of Robert Plant and the shuttering of some beloved institutions, 2019 was a year to remember for the Bulletin Features department. Here, listed in no particular order, are our picks for some of the year’s biggest happenings in local arts, music and culture.

After more than 17 years of providing a home for experimental, edgy or untested plays, the small Lafayette Avenue theater took a bow in after the one-person show “Grounded” in January. “It became a venue for people like me, for independent producers, for playwrights,” Bend playwright Cricket Daniel said. “That’s what I feel is the best part about 2nd Street Theater, and such a huge loss.”

After live music returned to the M&J Tavern in June, Bulletin music writer Brian McElhiney explained the legal issues that had led to the six-month hiatus: “Venues that provide music in a public setting including live bands, DJs, karaoke or recorded music, must pay a licensing fee to one or more of these organizations to comply with copyright law, rather than contacting and paying individual songwriters or publishers,” McElhiney wrote. “With the performing rights organizations cracking down on restaurants and bars in the last decade, other venues in Bend that aren’t in compliance with BMI, SESAC, the American Society of Composers, Authors and Publishers or any of the other performing rights organizations could be next, leading to much quieter nights in Central Oregon. And M&J’s legal fight is not an isolated incident locally or nationally.”

The area music scene suffered a couple of blows in 2019 with the deaths of Sisters-based luthier Preston Thompson, renowned for his high-quality instruments, and Matt Engle, who produced and engineered projects by local musicians including CJ Neary, Thomas Hudson, ¡Chiringa! and others.

In November, “American Idol” held auditions at the Great Hall at Sunriver Resort, sparking not a little excitement about the presence of celebrities like Lionel Richie, who posted a photo to his Instagram account with a caption that read in part, “I’m out here exploring Oregon. … A little kayaking and a little fishing.” Photos of what was clearly the inside of Sunriver Resort’s Great Hall were also posted to “American Idol’s” Facebook, yet “American Idol” public relations representatives and Sunriver Resort’s marketing department refused to speak on the record during the not-so-secret visit.

After 6.5 years as a tasty, popular staple of downtown Bend, La Magie Bakery & Cafe closed its doors. “Owner Di Long … decided to sell La Magie, which will be renovated as a new restaurant, because she was overloaded with baking as well as helping run Chi Chinese and Sushi Bar,” an employee told The Bulletin. Prior to that, La Magie’s location in Sisters was converted to a pan-Asian restaurant, Bimbap.

In September, Peterson Roth Gallery in Bend featured artist Nicola Carpinelli, whose “The Dead Poets” exhibit was made up of paintings of creatives lost to suicide, including Ernest Hemingway, Anthony Bourdain, Chris Cornell and Kurt Cobain. Its opening included a panel that included Mariel Hemingway, among others. “If we save two people — one person — we save the world,” Carpinelli said. “I’m not saying I know the solution to this issue. I’m saying we need to talk about this issue.”

In May, BendFilm Festival expanded its reach by going into the brick-and-mortar cinema business with the purchase of Tin Pan Theater, a 30-seat movie house at 869 NW Tin Pan Alley in downtown Bend. At the time, BendFilm Executive Director Todd Looby told The Bulletin, “We’ll still continue to showcase the great work of emerging filmmakers that we meet during the festival, and put them next to some of the greats of either foreign cinema or independent stuff. That’s a really cool opportunity.”

Singer Robert Plant, famed for his powerful contributions to Led Zeppelin, returned to perform at Les Schwab Amphitheater in early October with his Sensational Space Shifters. “We’re like a small tribe the band, the technicians. … We kind of keep the same people all the time, and we have this kind of lope to our music, which is well, it excites me to no end. It’s a revelation more and more for me,” he told music writer Brian McElhiney, who wrote in his review of the show, “You expect the word ‘transcendent’ to get thrown around with a band named Robert Plant and the Sensational Space Shifters. What you might not expect is for the former Led Zeppelin frontman, 71, to live up to that high praise.”

After a decade of writing and self-producing the world premieres of several of her plays locally, Bend playwright Cricket Daniel’s 2018 play “Lost Virginity Tour,” a poignant comedy about four senior women who travel together to the places where each lost her virginity, caught the eye of Jeanie Linders, creator of massively successful “Menopause the Musical.”

In early December, Linders told GO! Magazine, “I was Cricket 20 years ago. I could see that she had a lot of talent, and a lot of enthusiasm.” The show will begin casting and rehearsals early in the new year in North Carolina, where Linders lives. Said Daniel, “This is what I’ve been waiting for. Ten years later, this is it. I normally have to beg, borrow and steal to have people read my plays.”

Longtime GO! Magazine restaurant critic John Gottberg Anderson wrote in his final review on Sept. 19, “Farewell, Bend. After nearly 14 years and more than 700 reviews, this is my final dining column for The Bulletin. A month from now, I will fly to Asia to begin another chapter in my life, teaching and freelancing from a new home in Vietnam. … My longtime dining companion, Barb Gonzalez, will contribute columns on food.” Since stepping to the plate, Gonzalez has explored such subject areas as meal delivery services, where to find Impossible Burgers in Bend and the health benefits of drinking vinegars.