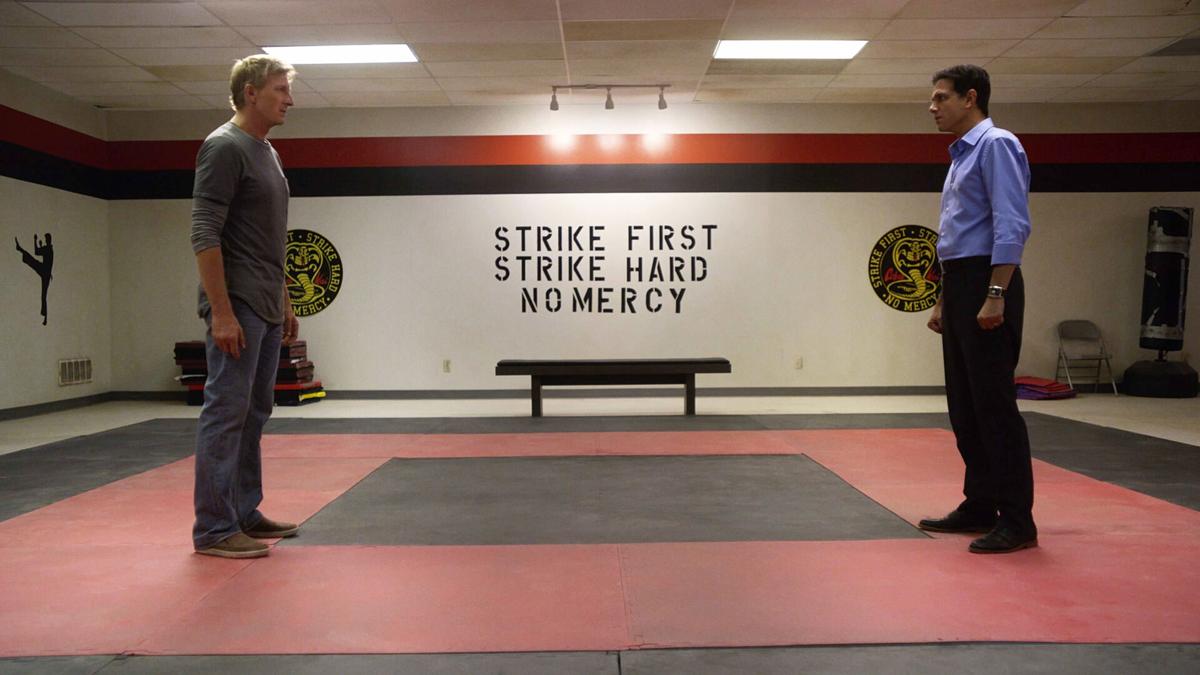 William Zabka, left, and Ralph Macchio in a scene from the “Strike First” episode of “Cobra Kai.” 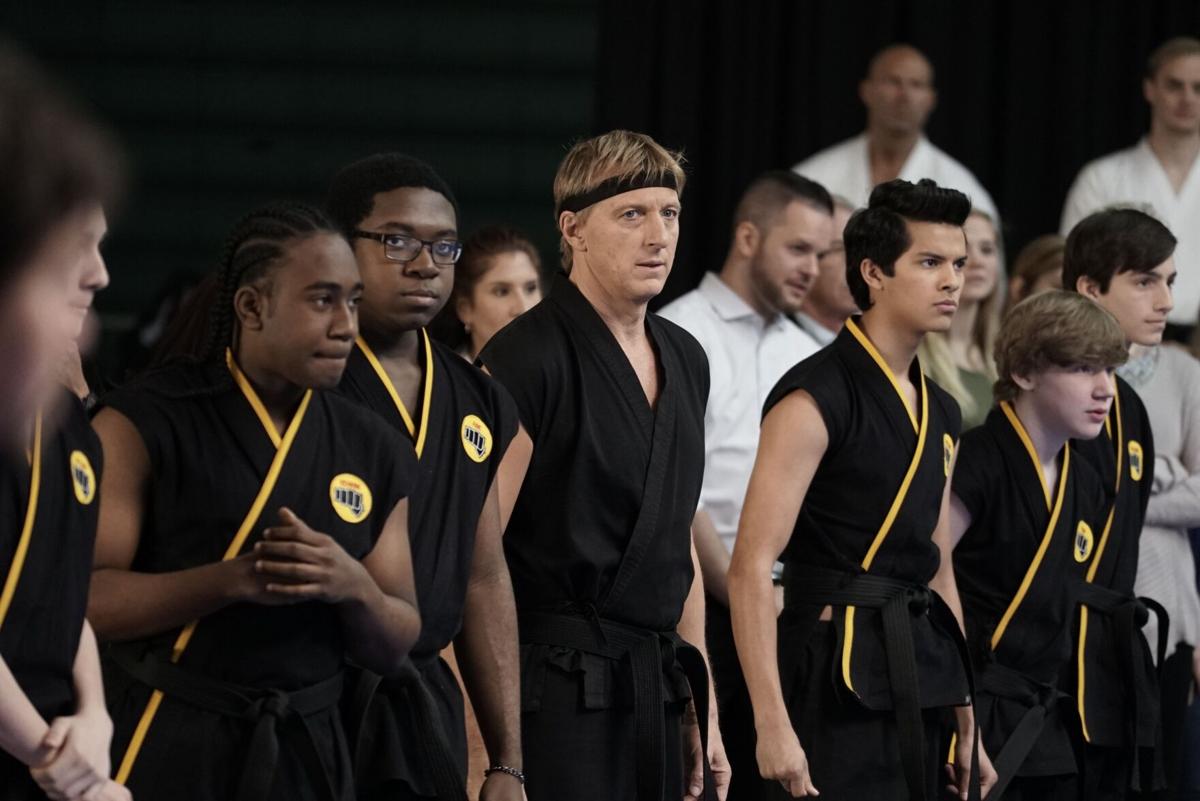 A scene from season one of "Cobra Kai."

William Zabka, left, and Ralph Macchio in a scene from the “Strike First” episode of “Cobra Kai.”

A scene from season one of "Cobra Kai."

Practice your crane kick and dust off your old Twisted Sister tape because the third season of “Cobra Kai” is available on Netflix.

The show based on “The Karate Kid” films from mid-’80s may be clearly written from the perspective of Gen X dudes, but it somehow manages to, almost without you realizing it, capture your attention through the subtle growth of its characters, rad soundtrack and killer fight choreography, which will have you waxing on about this good show.

Filmed in Georgia but set in Los Angeles, the show focuses mostly on the story of “The Karate Kid” antagonist, Johnny Lawrence (William Zabka), now a deadbeat, absent dad who is stuck with his 1980s sensibilities, ideas and clinging on to the days when he was the badass of his high school. We also get a glimpse at his old rival Daniel LaRusso (Ralph Macchio) and his life as a successful car dealership owner with a loving wife, Amanda (Courtney Henggeler), and two kids, specifically his daughter Sam (Mary Mouser).

When Johnny “saves” a neighboring high school student in his apartment complex, Miguel (Xolo Maridueña) from the middle of a fight, he decides to open up his own karate dojo and teach Miguel and other students the art of karate.

With the rebirth Cobra Kai, Daniel is inspired to reopen his old Miyagi-do dojo and takes on a student, his lot attendant — and Johnny’s son — Robbie (Tanner Buchanan) and his daughter.

As the series progresses, we get subtle character changes from Johnny who is struggling to adapt to the 21st century at times but through his relationship with Miguel, he is constantly inspired to do better and be better than he was. Their father-son style relationship is key to Johnny’s growth and recognition of the bully he was in high school and that the root of that lies with his old sensei John Kreese (Martin Kove).

The latest season sees the repercussions of Kreese’s takeover of Cobra Kai and the fallout from the huge fight between its students and those at Miyagi-Do.

The entire series is dripping with 80s nostalgia, from the music, storylines and even the language used. Johnny is stuck hanging on to his teenage years where he thought/knew he was at his best. When Johnny comes to terms with the kind of person he was and how the other side lives, we get some great glimpses of this man fighting his own personal demons to get his life to a better place with his jealousy of Daniel feeding into his hangups but it’s also pushing him to be better.

There is a bunch of hokey dialogue and situations and some of the teenage actors have yet to really sharpen their acting skills (which I can’t really fault them for, they’re teenagers), and Zabaka and Macchio have never been the greatest thespians in the world, but “Cobra Kai” plays to their strengths and plays it well.

One of the only ways that it could really be improved upon is if somehow they brought Pat Morita back from the dead and had him in the show.

“Cobra Kai” is exactly what it needs to be and it does everything with so much heart and love for the source material that you can’t help but like it and maybe want to take up karate for the first time since you were a kid.