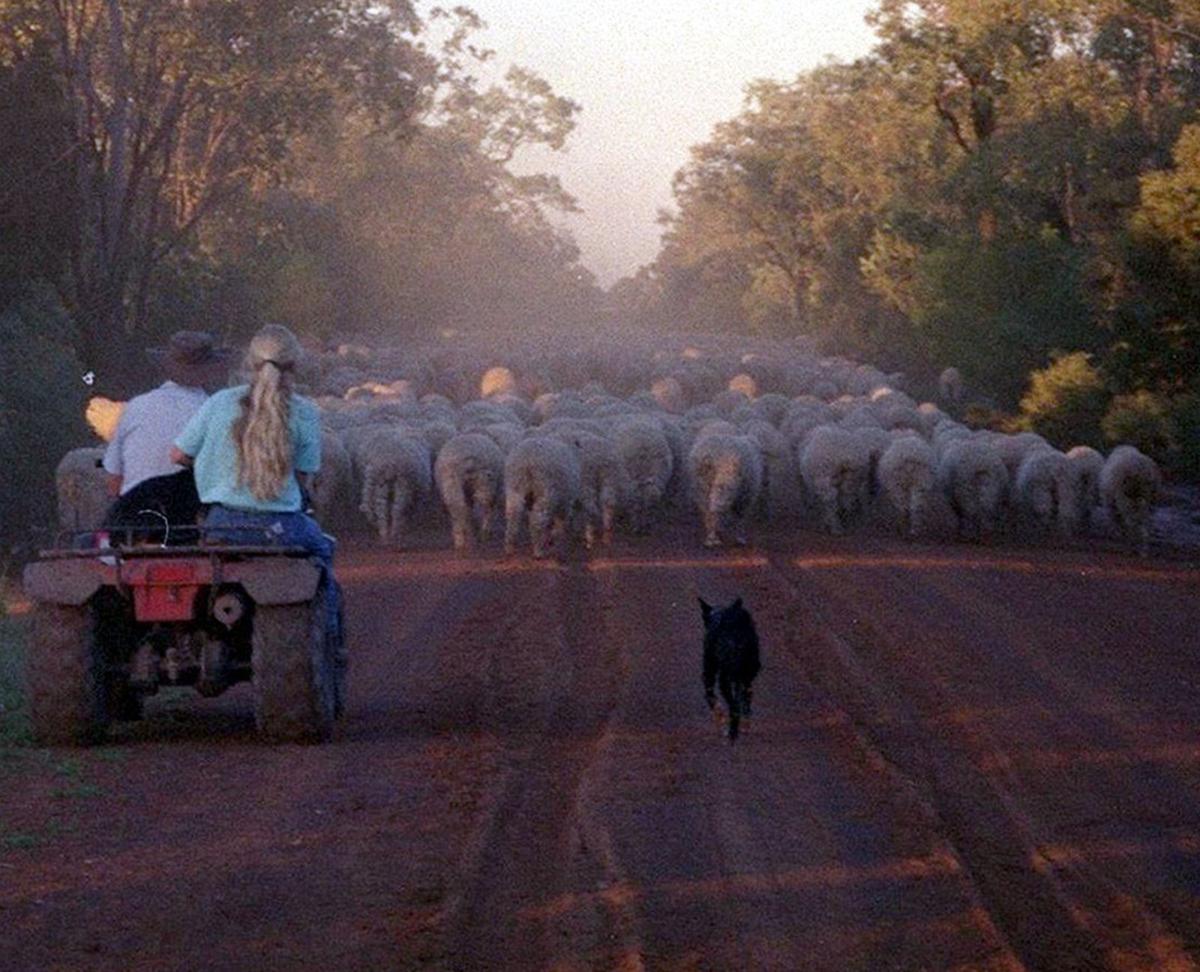 An Australian dawn: Rancher Bill Huskisson and his granddaughter ride an ATV while their dog, Hunter, helps to round up sheep at shearing time on their remote Queensland sheep station. (Brian J. Cantwell/Seattle Times/TNS) 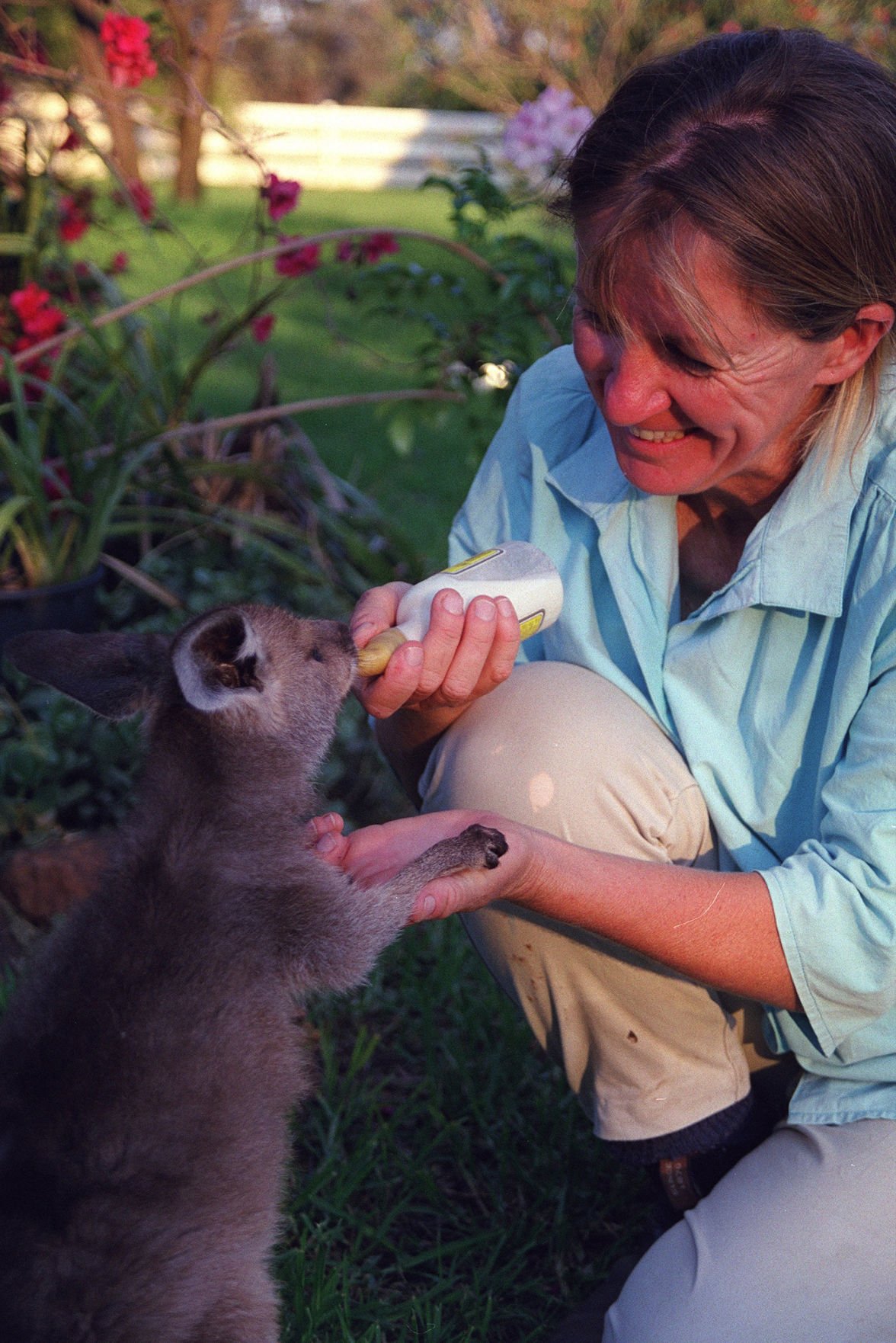 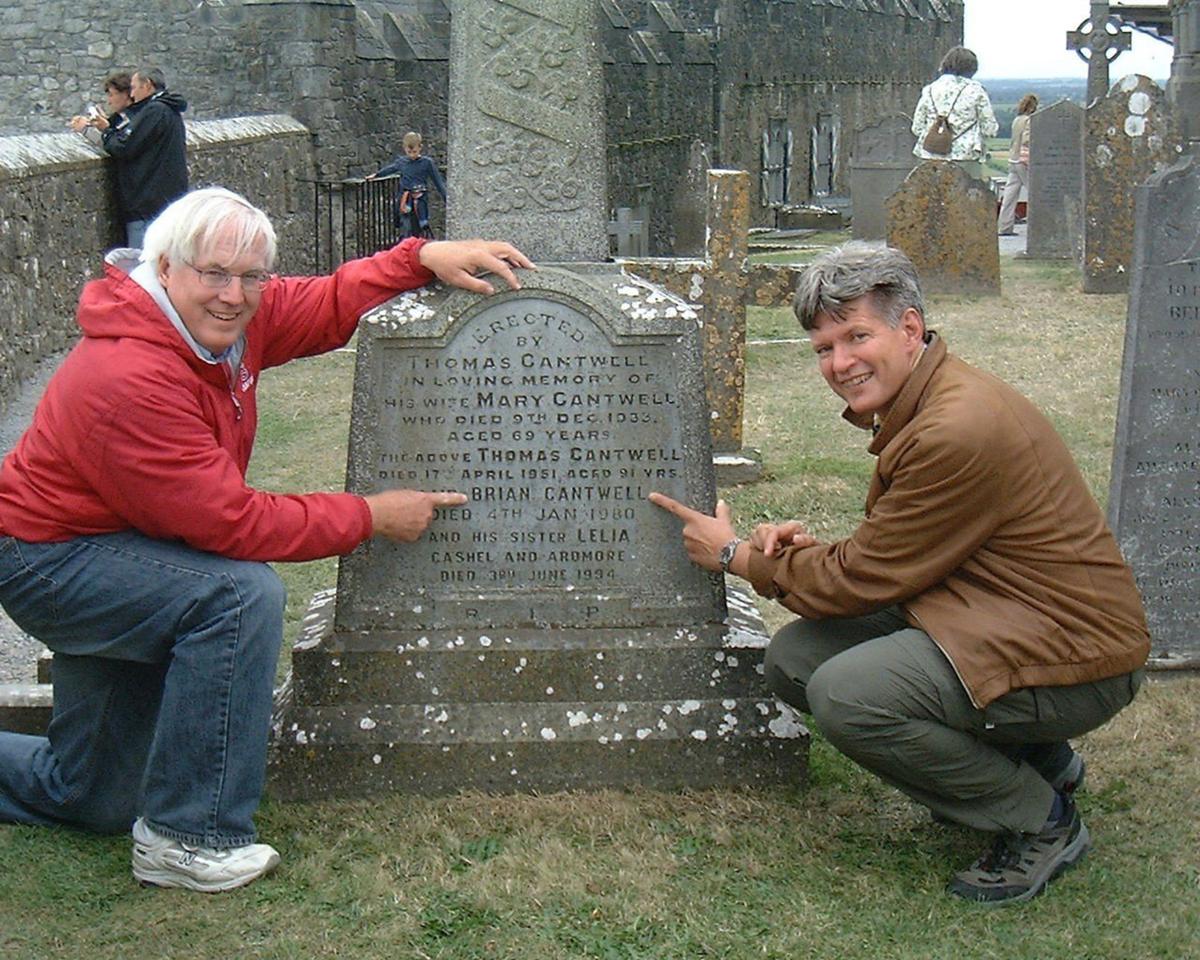 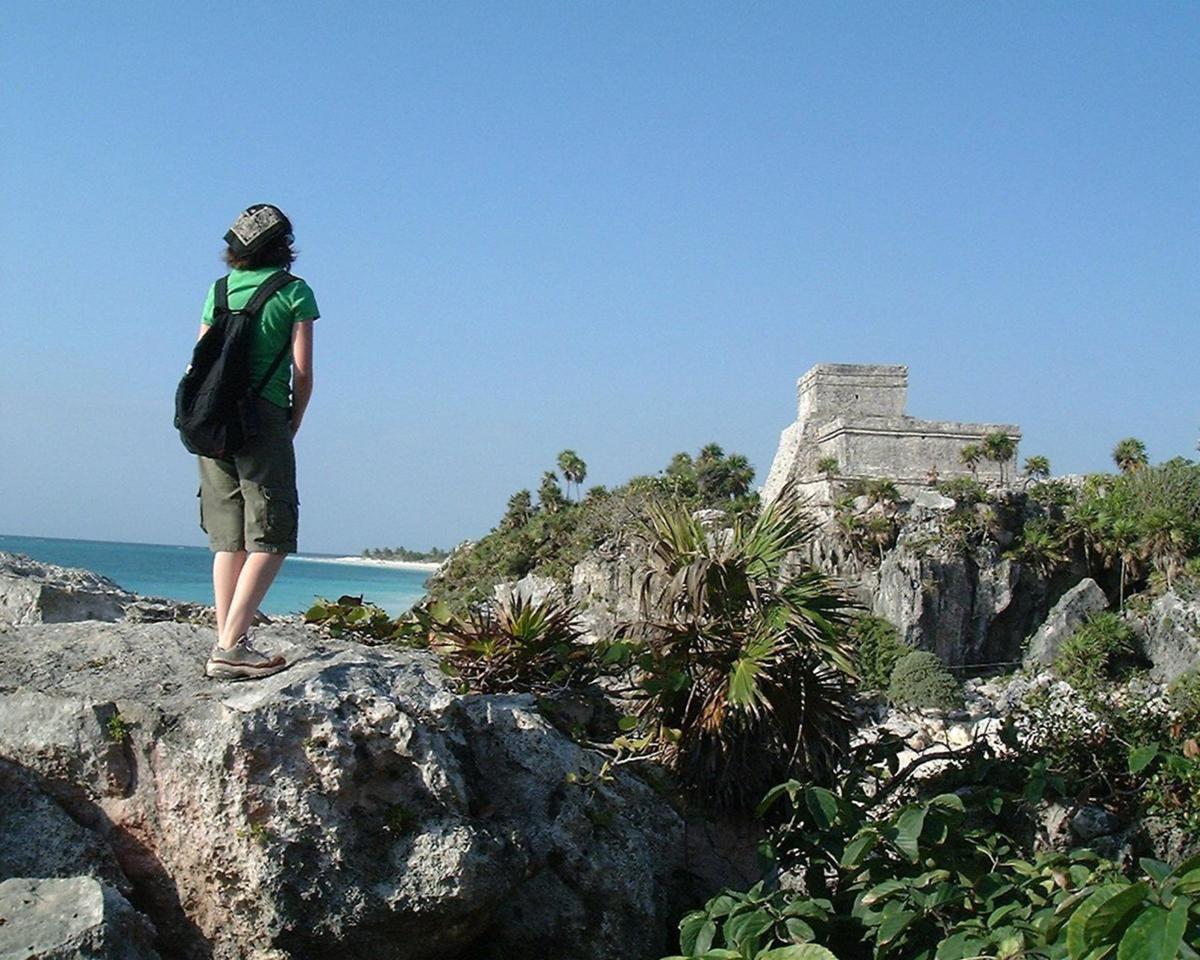 Lillian Cantwell, then 13, looks over Mayan ruins at Tulum, on the Yucatan Peninsula, during a a 12-day, 1,200-mile father-daughter road trip. (Brian J. Cantwell/Seattle Times/TNS)

An Australian dawn: Rancher Bill Huskisson and his granddaughter ride an ATV while their dog, Hunter, helps to round up sheep at shearing time on their remote Queensland sheep station. (Brian J. Cantwell/Seattle Times/TNS)

Lillian Cantwell, then 13, looks over Mayan ruins at Tulum, on the Yucatan Peninsula, during a a 12-day, 1,200-mile father-daughter road trip. (Brian J. Cantwell/Seattle Times/TNS)

Over my 20-year career writing travel stories for The Seattle Times, a question I’ve fielded (happily, I should say) when meeting someone for the first time was almost as predictable as the number of pretzels I got flying Coach: What’s been my favorite trip?

I usually fudged. Prettiest place? Nicest people? Most fun? Educational? How does one judge?

What I’ve learned through travel, and tried to share, is that I rarely feel more alive than when seeing a new place, meeting new people and tuning in to a different culture. Maybe the destination is kind of secondary.

But now that I’m retiring soon, a friend came back at me with the old question, so I guess it’s time to commit. My out? Everybody loves a Top 10 list.

Reminiscing is an indulgence, but if it inspires you to jump on a plane, consider it my parting gift. I’ll be forever grateful to have had one of the best jobs in the world.

Some of these were personal travel, some were reporting trips. Arranged only by year:

Sharing a vacation with good friends can make for sweet memories. When it’s two Seattle families, all experienced sailors, on a chartered sloop in a Caribbean paradise such as the British Virgin Islands, it can be just about the most legal fun you’ll ever have.

It was 10 days of baking in the sun, sailing lively winds from island to island, stuffing ourselves with conch fritters washed down with Red Stripe beer, and a shore party to search for a flamingo colony.

No moon was shining — just the Southern Cross high in the sky — when I arose at 4 a.m. to head out with rancher Bill Huskisson to round up his herds of merino sheep and drive them 15 miles from pasture to shearing shed.

This was Wattle Downs sheep station in the outback of Australia, where my family was enjoying a farm stay, complete with an orphaned baby wallaby to bottle feed.

I drove the “ute” — the Aussie term for utility truck — and monitored the two-way radio as the rancher buzzed around on an ATV, calling and whistling to his dog, Hunter, who did most of the rounding up. My daughter, Lillian, then 10, got to help on horseback in the final mile.

We assisted with the shearing, and saw koalas, trapdoor spiders, giant termite mounds, and great fields of bounding kangaroos silhouetted by the sunrise. It was an unforgettable glimpse of rural Australia.

Read the story: st.news/farmstay. To arrange your own Queensland farm stay, go online to st.news/Queensland.

New England? In February? What was I thinking?

When I’d seen a cheap flight and snagged tickets, my Seattle naivete momentarily let me forget it was, well, winter in the rest of the country.

From the time she was a preteen until she was in her early 20s, my daughter and I took annual father-daughter trips, and this was one of those. Then 11, she had a week off school, and she’d just studied Colonial America. What a great town to visit together.

Surprise: By the time we arrived, flights were on time, sidewalks were shoveled, the sun came out and it was a wonderful trip, from Boston Common to Paul Revere’s house, all mantled in white and Norman Rockwell-scenic. Read the story: st.news/boston

On a full-moon night on the Caribbean shore of Costa Rica, the call had rung out: Here comes one! A leatherback sea turtle, the size of a kitchen table, was lumbering out of the waves and up the sandy beach to dig a nest and lay her eggs.

Lillian and I were with a group of Seattle schoolchildren and their parents led by an organization called EcoTeach, there to collect the eggs of this endangered species and transfer them to a fenced nursery where they would be safe from predators and poachers.

In-the-trenches environmental action in a steamy jungle setting so different from our home made for a travel experience like no other.

My wife, Barbara, decided Paris was where she wanted to celebrate her 50th birthday. Being a February baby, that meant she’d have to bundle up against winter winds atop the Eiffel Tower.

It has been years since we’ve traveled overseas in summer. Long ago, we decided we’d rather go to popular places in the more-affordable, less-crowded offseason, and this visit reconfirmed that strategy.

Yes, we had to delay our visit to the tower by a day because the elevator had iced up, but when we went, we found short lines and plenty of room at the top.

One of our best choices: renting a small, 16th-century apartment on a back street in the Marais district, away from the tourist zones. We were just around the corner from a pleasant shopping street where we could get dinner from the chicken-roaster man (“Avec du jus?” “Oui, oui!”), wine from our favorite wine shop, and bread from a selection of boulangeries. Not only did we save money by cooking our meals, we enjoyed the flavor of living like locals in an ordinary yet splendid Paris neighborhood.

We made arrangements through Vacation in Paris rentals: vacationinparis.com.

This was a 12-day, 1,200-mile father-daughter road trip circling Mexico’s Yucatan Peninsula in a tiny red rental car we dubbed the Clown Car because it resembled one of those tiny vehicles from which dozens of clowns emerge. It was the most “econo” of econoboxes, radio-free and with a pocket-size hatch that barely contained our two bags.

The transportation was basic, but the discoveries per mile were eye-popping, ranging from scenic seaside ruins at Tulum to a spooky Mayan city called Calakmul, lost in the jungle just north of Guatemala. We endured a nerve-wracking military search of our car and a hilarious encounter with a wild turkey who decided he owned that road, but the memories were gold-plated (like some of the ceremonial masks we saw in museums).

What happens when you Google your name one day, halfway through life, and find someone two states away with exactly the same first, middle and last names? And though it appears you’re not directly related, you discover your fathers shared a first name, along with a startling number of other coincidences in your family backgrounds? Eventually, you learn that you’ve each traced your ancestry to Ireland, to the same small town in County Kilkenny (which neither of you has visited). What do you do?

You decide to meet one day, for the first time, in that Irish town.

Amazingly, this turned out well, with warm memories of sharing Guinness and rousing Irish music with a new collection of instant “cousins.” Read the story: st.news/ireland

What could be better at the holidays than renting a flat a block from Harrod’s, ice skating in the London Tower’s moat, touring Charles Dickens’ house as it’s all decorated with period finery, and then cooking a Christmas dinner of beef Wellington made from tender fillet raised on the Queen Mum’s royal estate?

My family debated where we would spend Christmas if we could pick any city in the world. London was it. God rest its merry gentlemen.

On our father-daughter trips we sampled faraway places, but perhaps my dearest memory is of a five-day backpacking trip on a stretch of Mount Rainier’s Wonderland Trail, just two hours from home, when my daughter was 21.

Something about traipsing through alpine wilderness in the constant company of “The Mountain” made for an unmatched bonding experience. We hiked through blueberry bushes and shin-deep wildflowers, past pikas and marmots and bear poop on the trail. We paused to play pennywhistles or paint watercolors alongside sparkling streams. We sang, played quiz games or just chatted amiably as we walked, and it was a time I’ll always treasure.

Making liquor for Jesus in Chiapas, 2014

My most otherworldly travel experience? No contest. It was encountering the fascinating mashup of Catholicism and Mayan traditions in the Mexican town of San Juan Chamula, in the southern state of Chiapas.

Here, I was invited to sit with village elders in a dark and smoke-filled bunker as they observed the making of a ceremonial corn liquor to be consumed during an autumnal-Equinox celebration honoring Christ.

They didn’t just honor their deity, they gave him shelter, food and music, with townspeople vying for the rotating honor of opening their home to Jesus or one of his disciples for a year.

I toured the village church, ostensibly Catholic but with shamans sitting among pine needles on an open floor helping supplicants purge evil by sacrificing chickens. At the altar, men guzzled Coca-Cola so they could belch away evil spirits.

Strange? It depends on your point of view. They were people who treasured their own customs, a reminder that it takes all kinds to make this world.

Most memorable means of conveyance

• A llama pack train in the Wallowa Mountains, Oregon.

• Deep-fried grasshoppers (“chapulines”) in Oaxaca, Mexico. Warning: The antennae get stuck in your teeth.

• The traditional Icelandic pairing of fermented shark meat washed down by “Black Death” (a potent schnapps), offered in welcome by a Reykjavik innkeeper.

• From any Paris bakery, a crusty baguette, carried like a baton, with no wrapper, while striding purposefully across a favorite arrondissement to a picnic spot.

• Sipping the “Malt of the Month” (scotch) while listening to live fiddle music at Sandy Bell’s Folk Bar in Edinburgh.

• The vampire bat in my shower in Costa Rica.

• The lightning-fast spider the size of my hand in an Australian hotel room. (I killed it by throwing a shoe across the room.)

• Studying Spanish at an institute in Oaxaca and taking a day trip to meet rural women whose small-business startups were financed by proceeds raised by such tours.