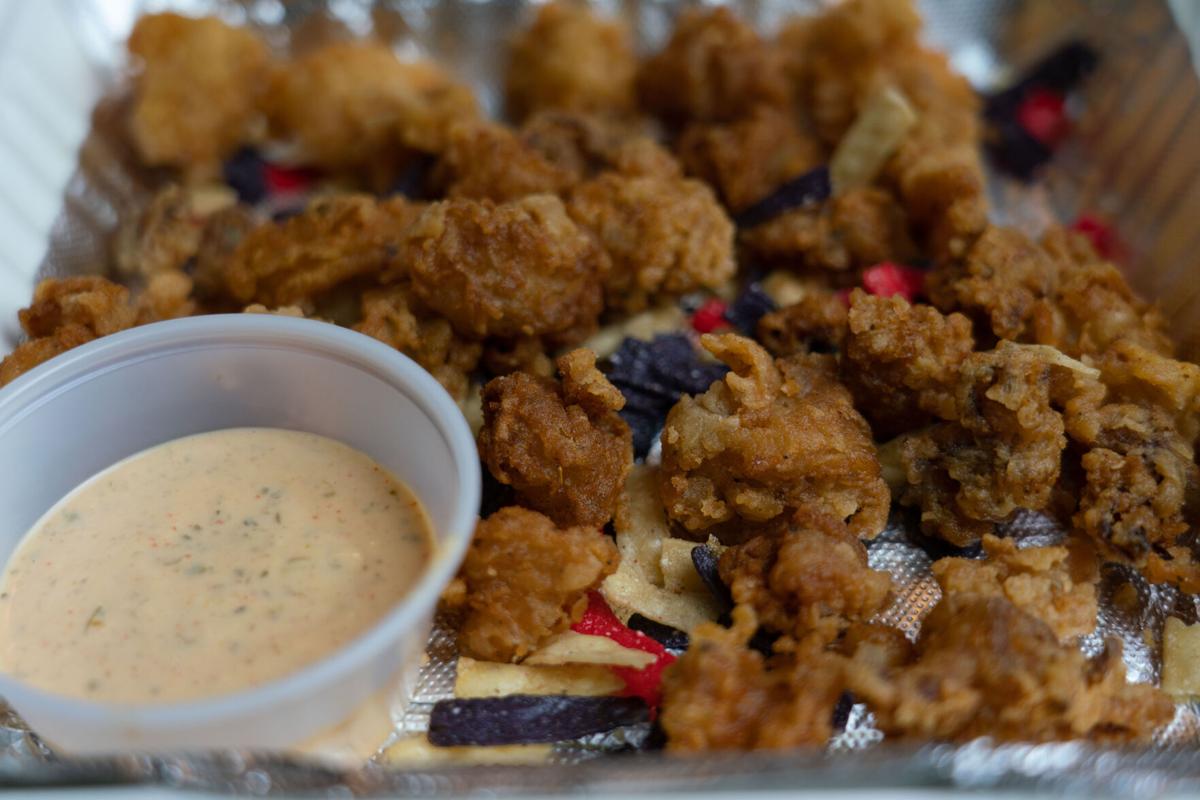 Tender calamari and tortilla chips come with a tangy rémoulade. 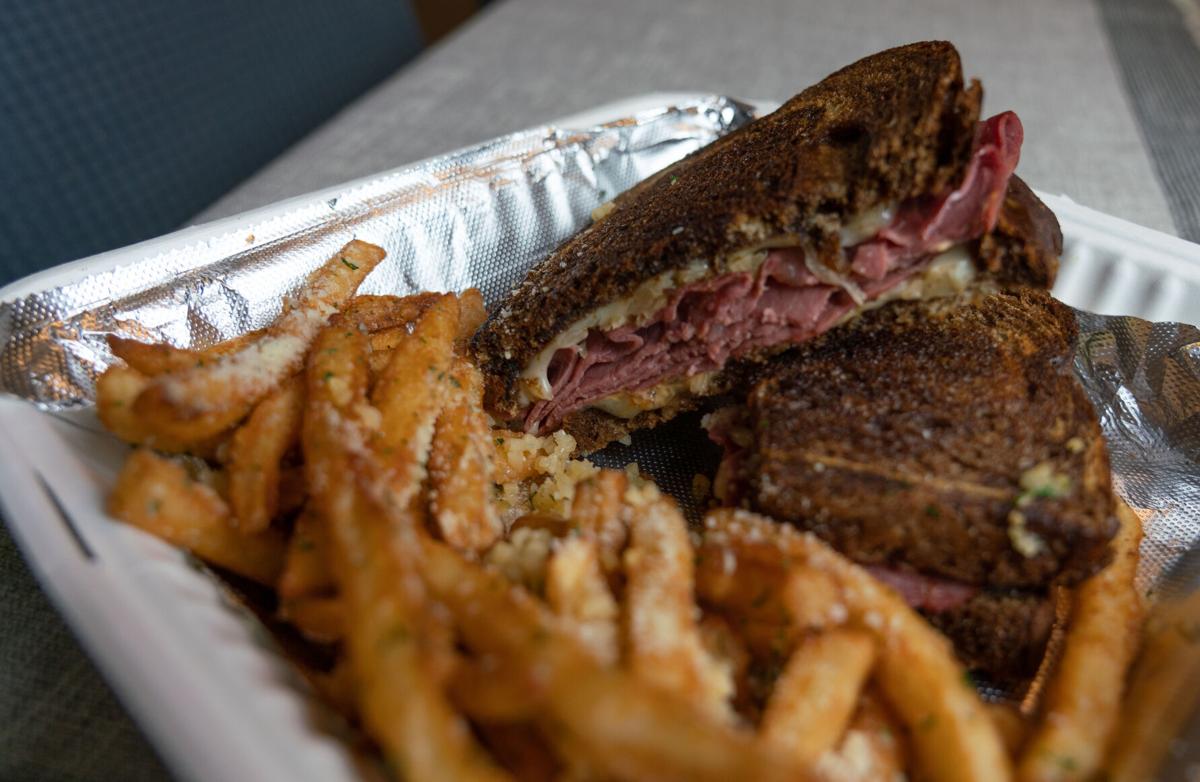 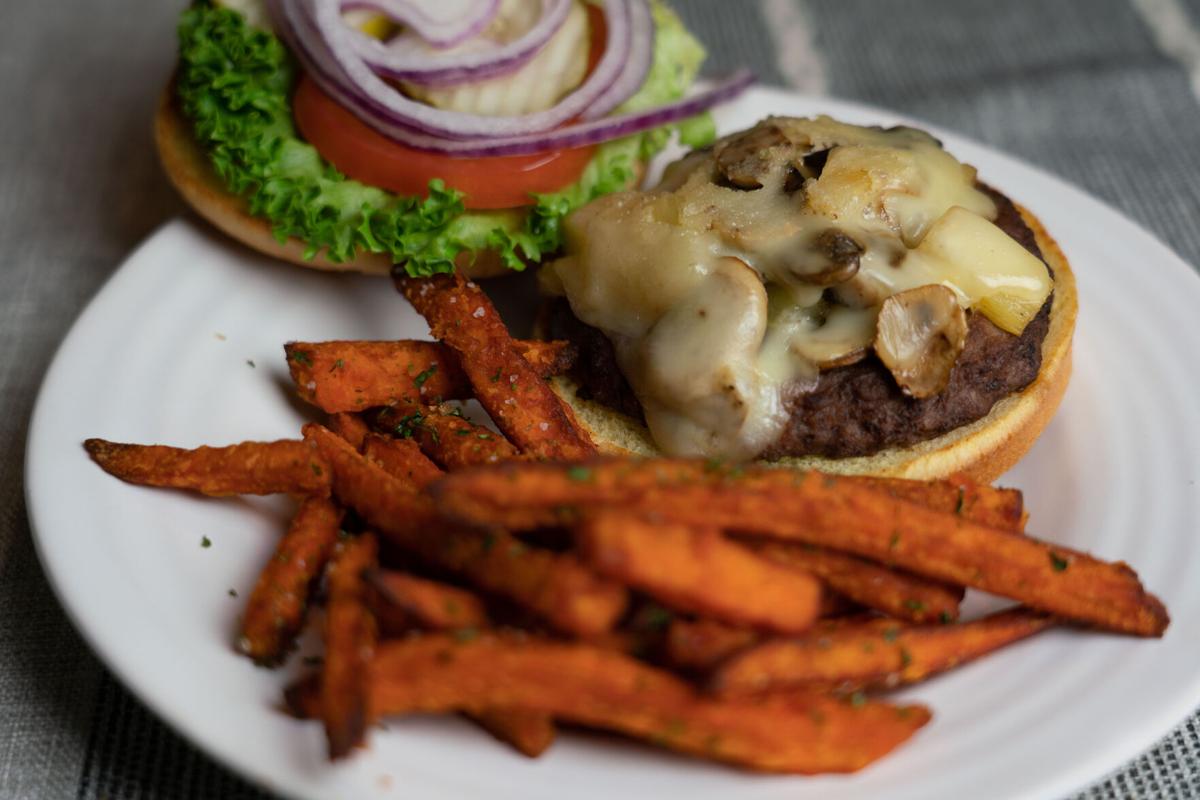 The Kona burger with pineapple and sauteed mushrooms with a side of sweet potato fries. 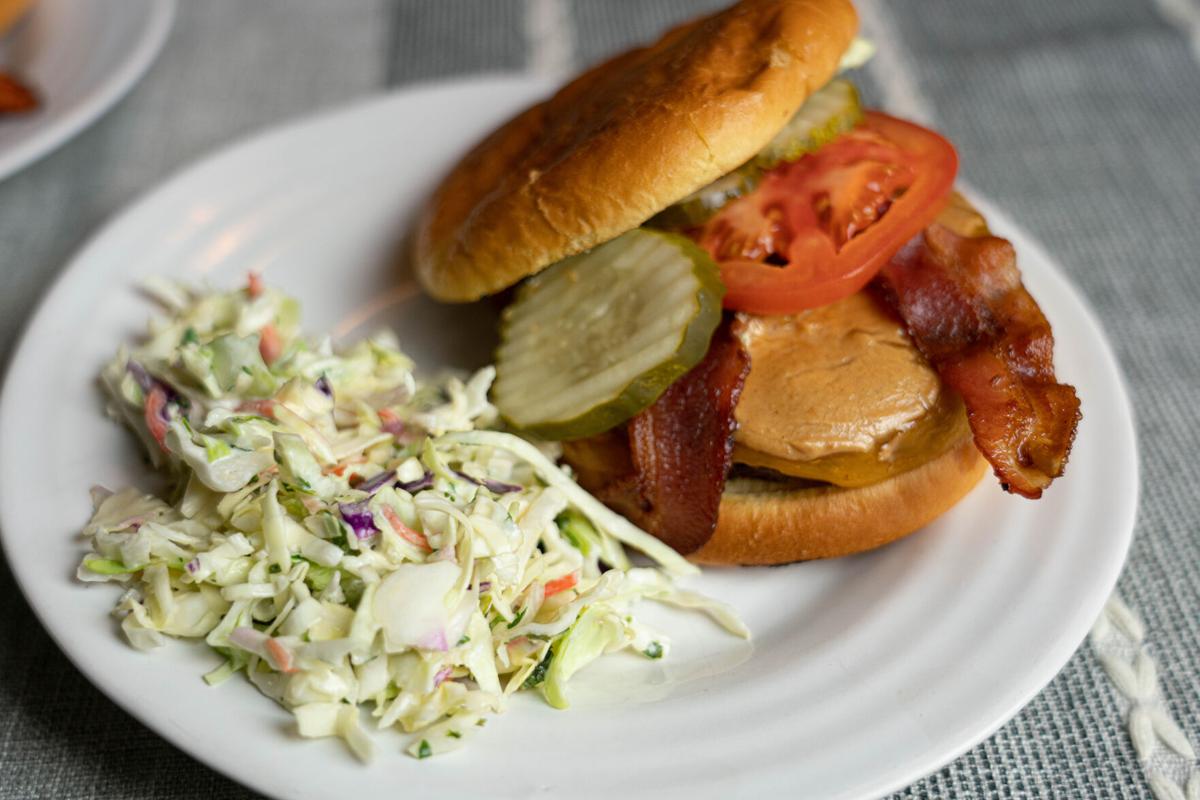 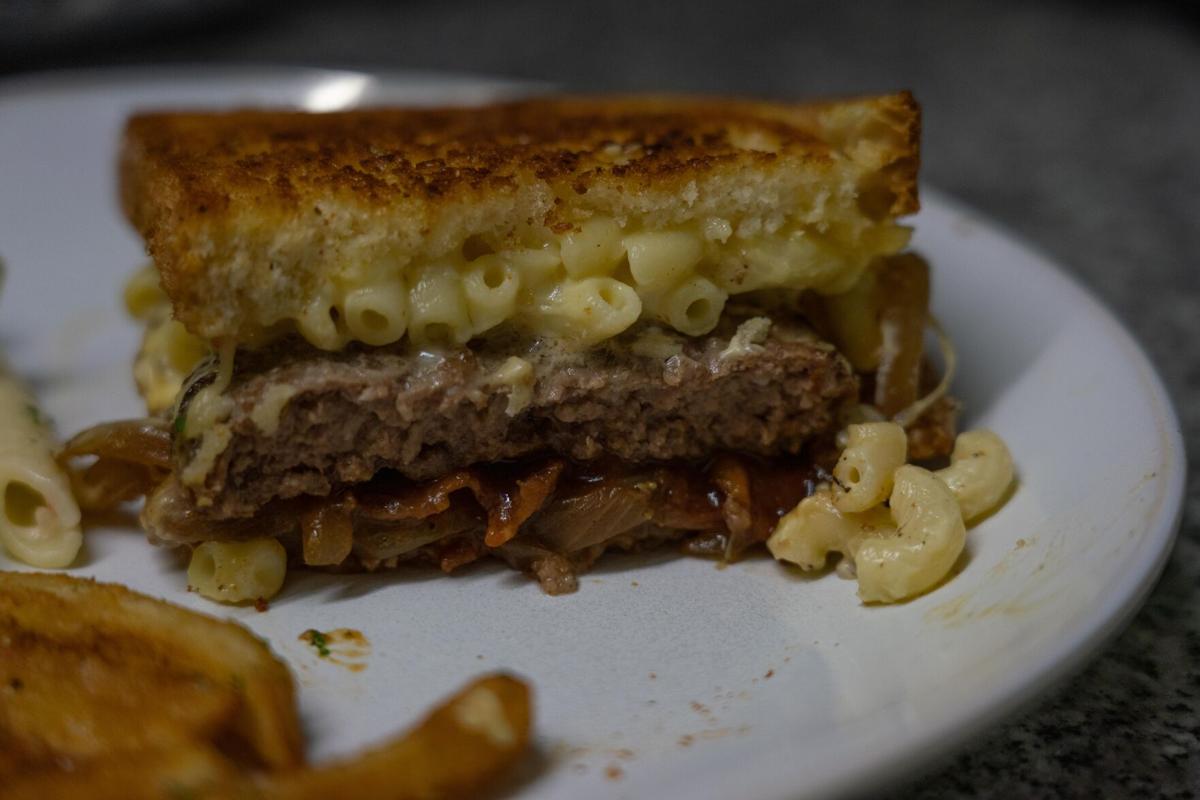 The Mac Daddy Patty Melt adds Mac and cheese and sweet caramelized onions for a great balance of flavors. 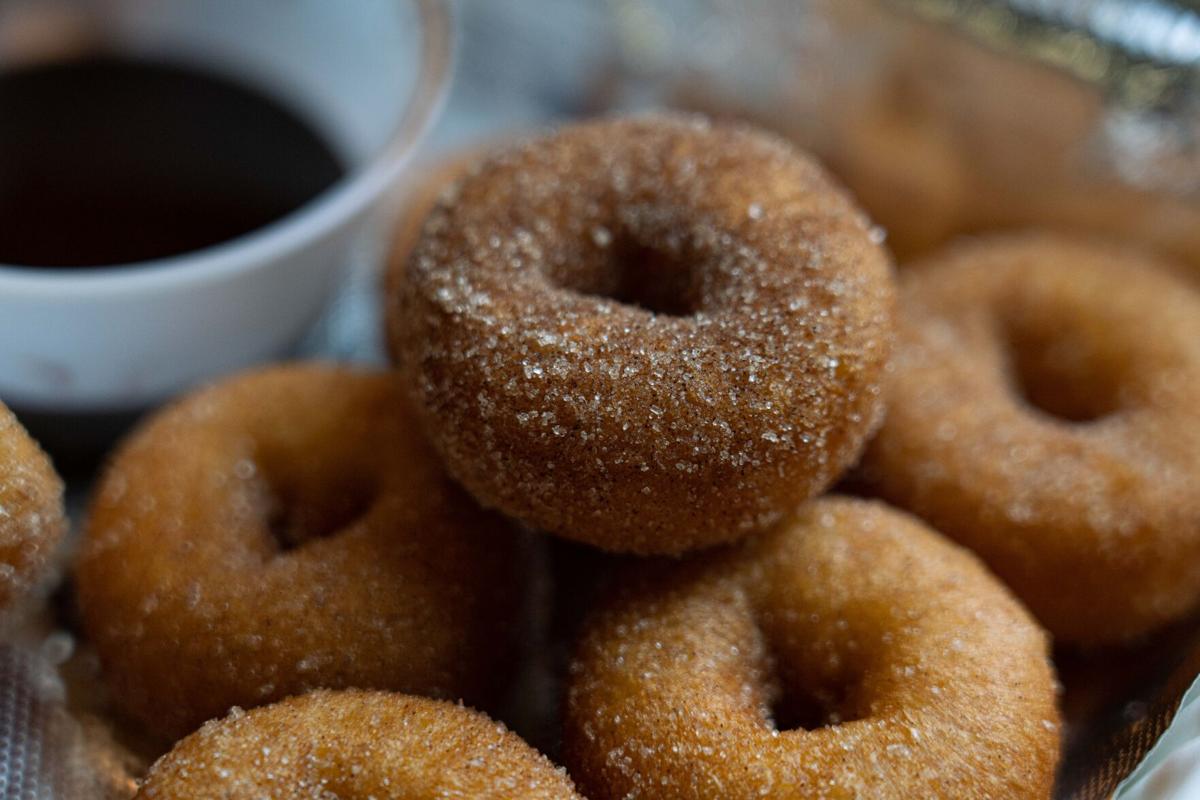 Mini donuts are fried fresh to order and come with chocolate and caramel dipping sauces. 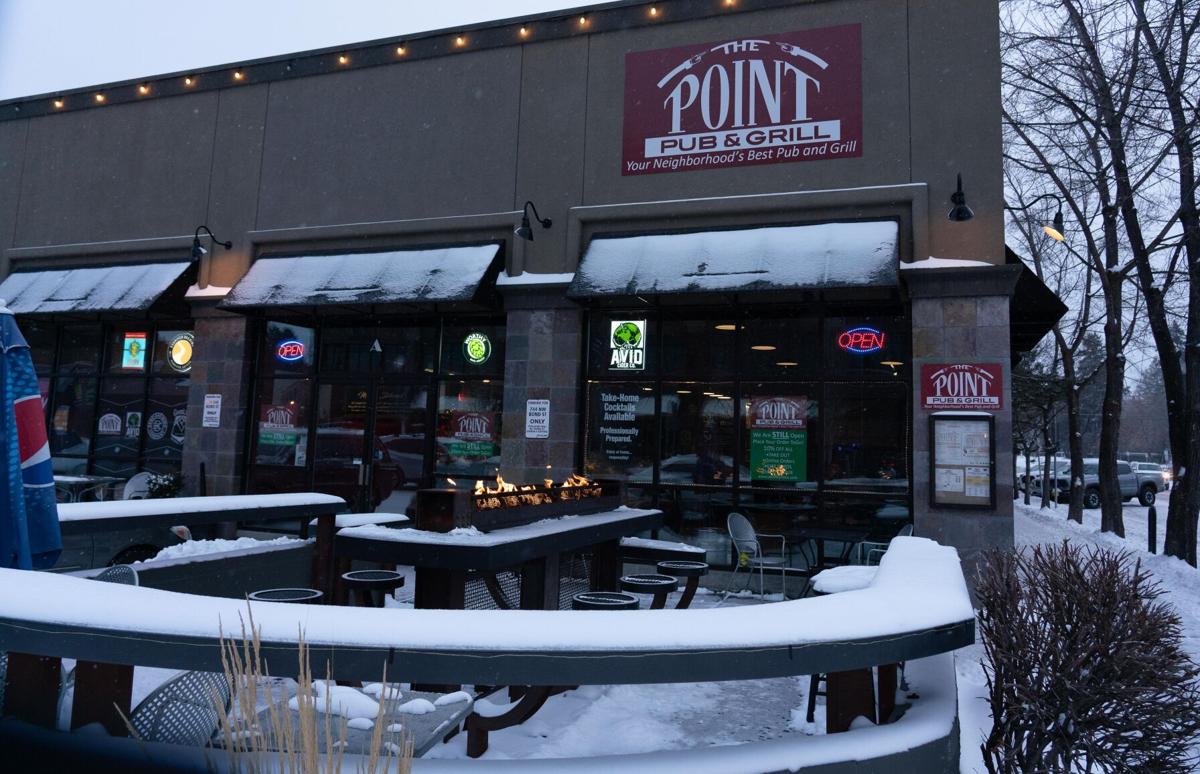 A fire table keeps outside diners warm at the Point. 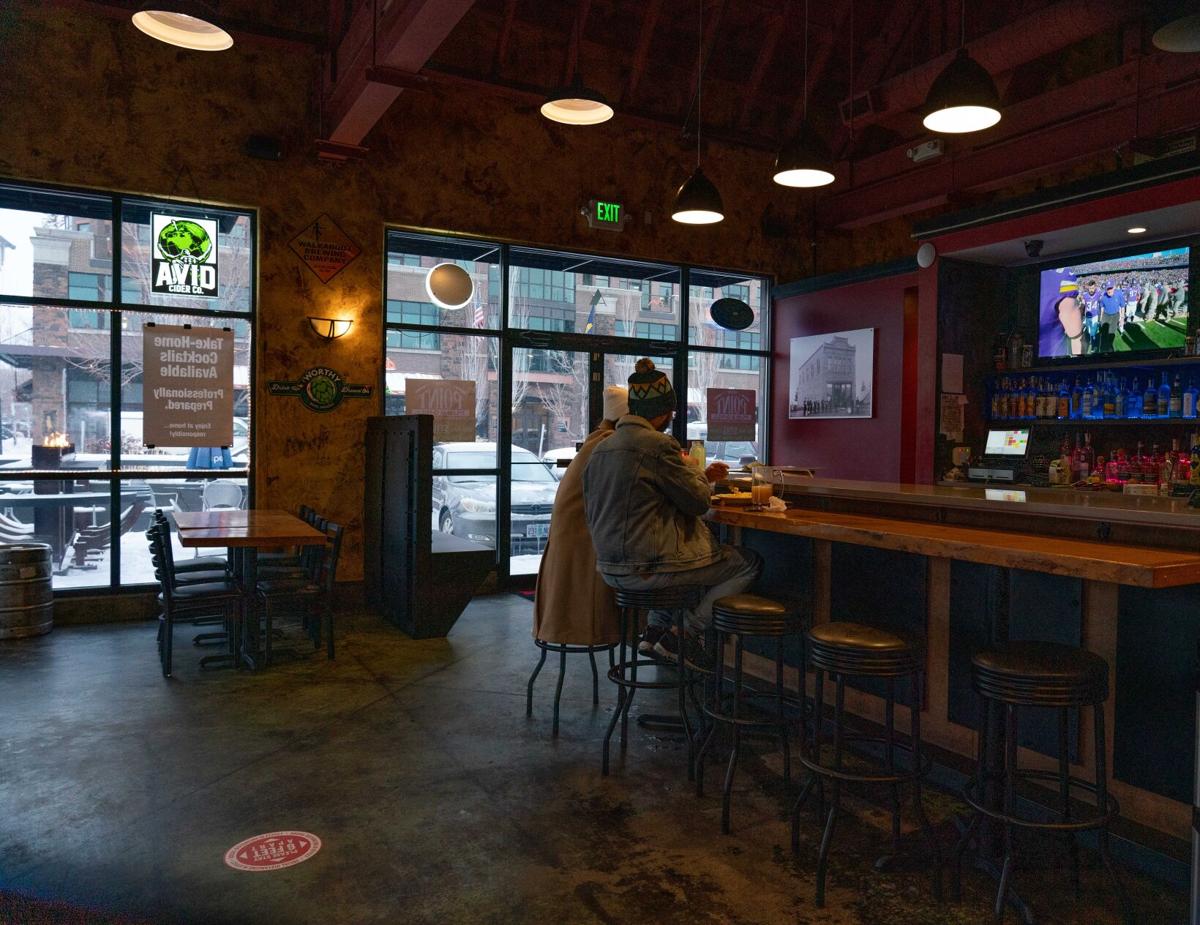 The Point Pub is roomy and will be warmed by the neighborhood when restaurants open fully.

Tender calamari and tortilla chips come with a tangy rémoulade.

The Kona burger with pineapple and sauteed mushrooms with a side of sweet potato fries.

The Mac Daddy Patty Melt adds Mac and cheese and sweet caramelized onions for a great balance of flavors.

Mini donuts are fried fresh to order and come with chocolate and caramel dipping sauces.

A fire table keeps outside diners warm at the Point.

The Point Pub is roomy and will be warmed by the neighborhood when restaurants open fully.

Eight years ago, a group of friends in Central Point, Oregon, had the idea to buy a historic building and turn it into a neighborhood pub. The Point Pub and Grill was a success. The group was inspired to open a second location in Medford, and a Bend location opened in December 2019 in the restaurant strip mall at Franklin and Bond. Despite having been open only 90 days before the first shutdown, The Point is still in business thanks to takeout and commitment to their “neighborhood” customers.

Because of its friendly attitude toward its customers, the Point has created a sense of community. While I ordered takeout, the staff’s cheerful and helpful demeanor was inviting. The pub’s wooden nickel program rewards their customers on return visits. With a wooden nickel, you can get specials on the days of the month ending in five (the 5th, 15th, and 25th). Specials vary and may include free mac and cheese or fries and other discounts or freebies. The fire table outdoors may not be fully socially distanced, but it does create an inviting atmosphere. On Friday, Feb. 12, they can seat 25 people indoors at spaced large wooden tables with multiple TV screens. Certainly, the open space would seem cozier with a buzz of people, though it may be a while before we see it safely.

The Point serves pub food. As my son pointed out, “This is great food for when you are having drinks with your friends.” The ingredients are sourced from distributors, as you would expect for regular pub food. Still, some of the unique and fun offerings were quite tasty. After a week, I was getting the craving to go back for more.

We tried various foods from an appetizer to a salad, a sandwich, Burgers Extravaganza, and dessert. While all of the food could be graded a “B” or better, some items were a hit.

The deep-fried calamari served with rémoulade appetizer would get a better-than-average grade. Where calamari can be tough and chewy, the Point’s mollusk starter was tender with few tendrils. A touch of spice in the dipping sauce cut through the crispy fried exterior. It would go great with a local beer.

We moved on to a Chicken Bacon Ranch salad. The chicken was breaded and fried but tender. Fresh greens were mixed with sliced black olives, shredded cheese and tomatoes. It was fair if this is what you want. Still, is where you see the difference between locally sourced, quality ingredients and basic pub fare. There are so many other better choices on the menu.

The thick, dark marble rye was my favorite part of the Reuben sandwich. Corned beef, sauerkraut, cheese and thousand island dressing kept the sandwich moist and true to its Reuben name. It was also fine and would be well-paired with a cold beer.

Then came dessert — cue the angelic music and filtered light beams. Fresh made to order; the mini donuts are heaven. About a dozen donuts rolled in cinnamon sugar are served with chocolate and caramel dip. Soft and not at all greasy, these little circles of joy are addictive. I’ve found myself fantasizing about eating them. It was hard to stay away from them (for diet reasons) on our second visit.

We tried a couple of burgers from the unique Burger Extravaganza section of the menu on our second visit. The Kona burger is something I’ve seen before. It has Swiss cheese, and sauteed mushrooms with a hint of teriyaki served on a brioche bun. It comes with lettuce, tomato, and red onion. The burger was thick and meaty, though I might order it rarer for a juicier flavor. This is a burger that would definitely bring me back.

The other burger is not something you see every day. Chef/co-owner David Lewis created the Peanut Butter Bacon burger just for fun and fell in love with it. While it sounds more like a pregnancy craving (as it comes with dill pickles), it wasn’t that crazy. I would have preferred a bit more of the jalapeño cream cheese, as it would be a nice bite into the rich, creamy peanut butter flavor. There wasn’t so much peanut butter to overpower the burger, and it added a bit more moisture. I heated my leftover half the next day, which brought out a bit more of the peanut butter flavor. I liked it.

We ended up going back a third time for the doughnuts. And because I couldn’t resist trying the Mac Daddy Patty Melt. Mac and cheese is added to the burger, which also has bacon and pepper jack cheese on grilled sourdough bread. A pile of caramelized onions and house-made barbecue sauce adds sweetness to the savory and the slightest tangy bite to cut through the rich cheese, meat and buttered bread. It is a delicious balance of flavors.

The online menu has a vast selection of ingredients to create your own crazy burger combo, as well as a slew of sides, including slaw and fries. The fries are very good—crispy outside, creamy inside. We tried the garlic parmesan fries with lots of garlic but not so much to be hard to digest. The seasoned fries were a bit over-seasoned and salty, but I’m sure you could request a lighter sprinkling. And the sweet potato fries were simply fresh, fried and tasty.

We tried a few more dishes that were fine, but because they were “nothing to write home about,” I thought I’d focus on those dishes that would bring me back.

Vegans can get in on the tasty menu, too. Ten items on the vegan menu include a vegan Beyond burger Mac Daddy Patty Melt with vegan mozzarella and vegan mac and cheese.

We can look forward to the day when The Point can be that neighborhood pub where we can hang out with friends. Until then, we can get a signature drink or beer and some fun, tasty food to go.