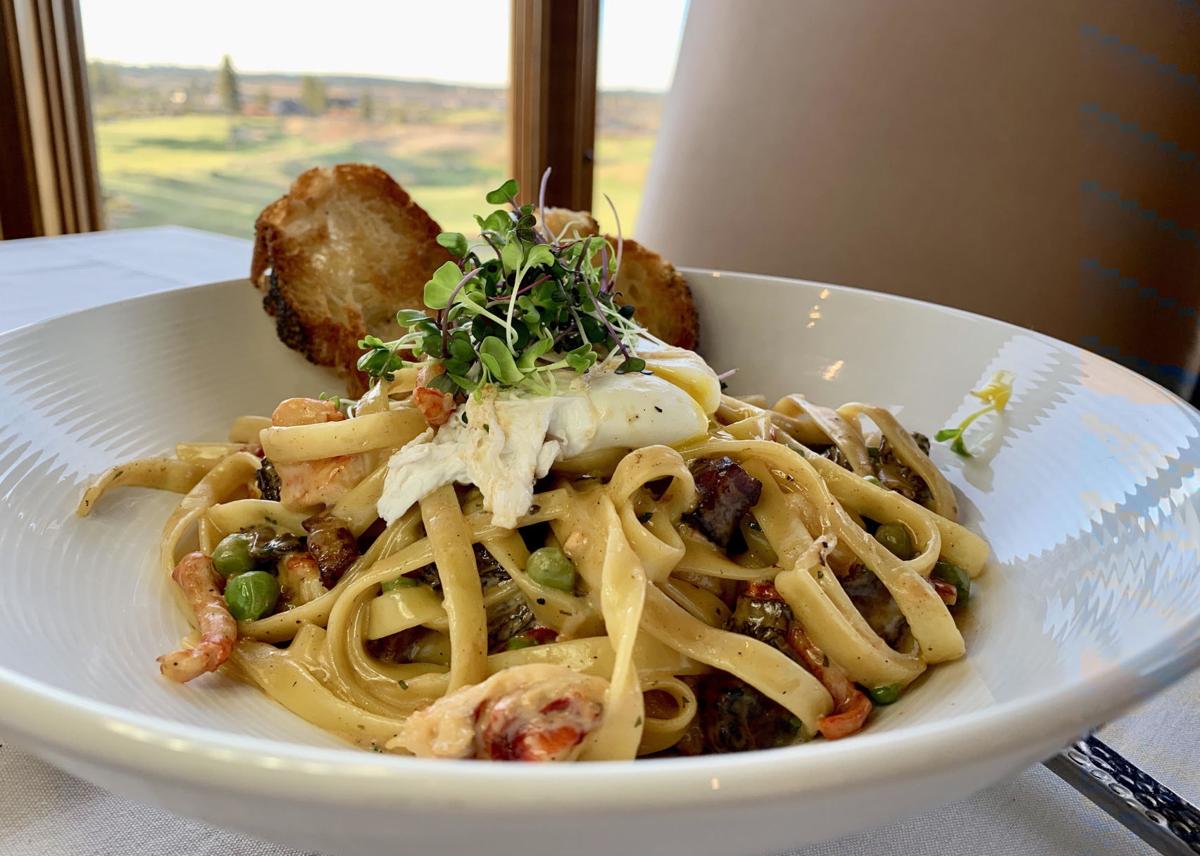 Bites of lobster crown a dish of fettucine carbonara, which also includes seasonal morel mushrooms and pine nuts. (Barb Gonzalez / For The Bulletin) 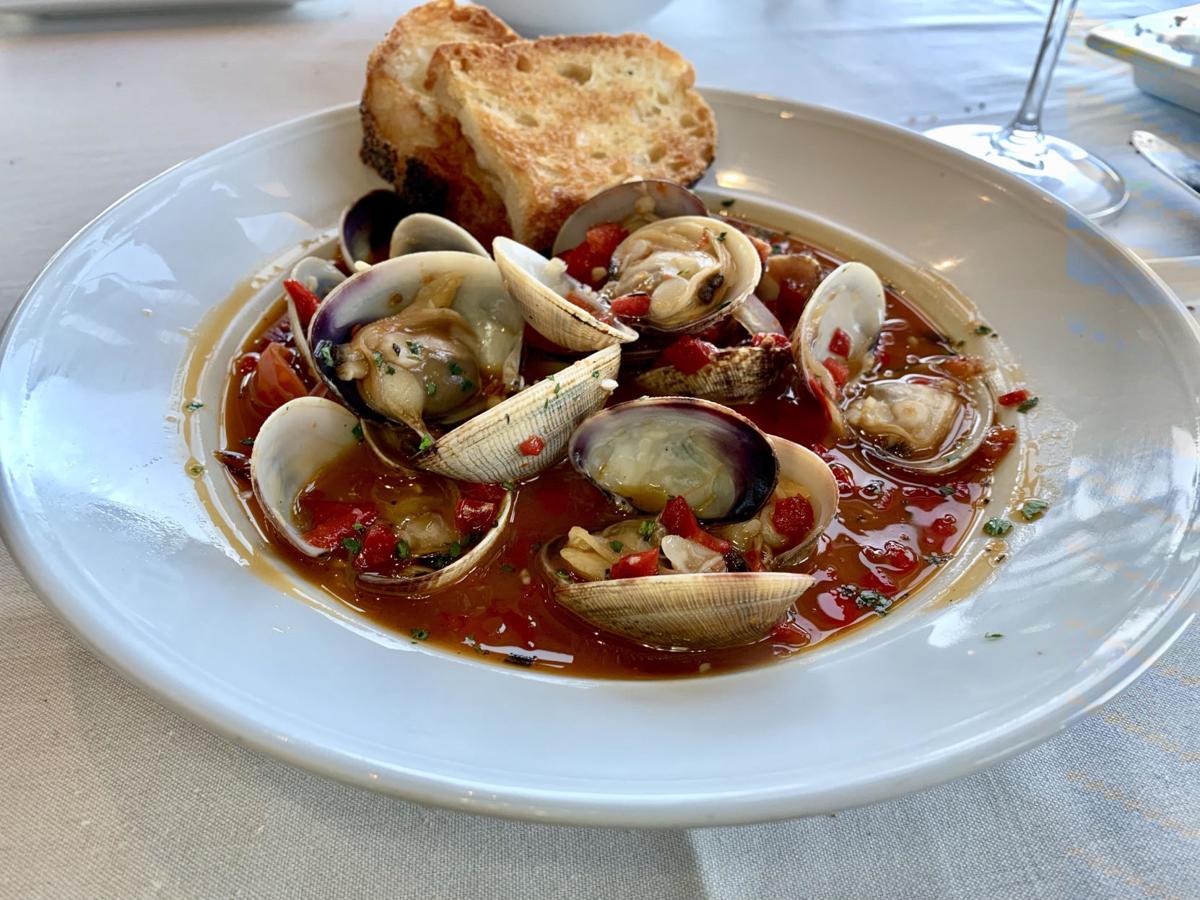 Spanish clams, served in a blood-orange chili sauce, top the list of starters at Solomon’s. (Barb Gonzalez / For The Bulletin) 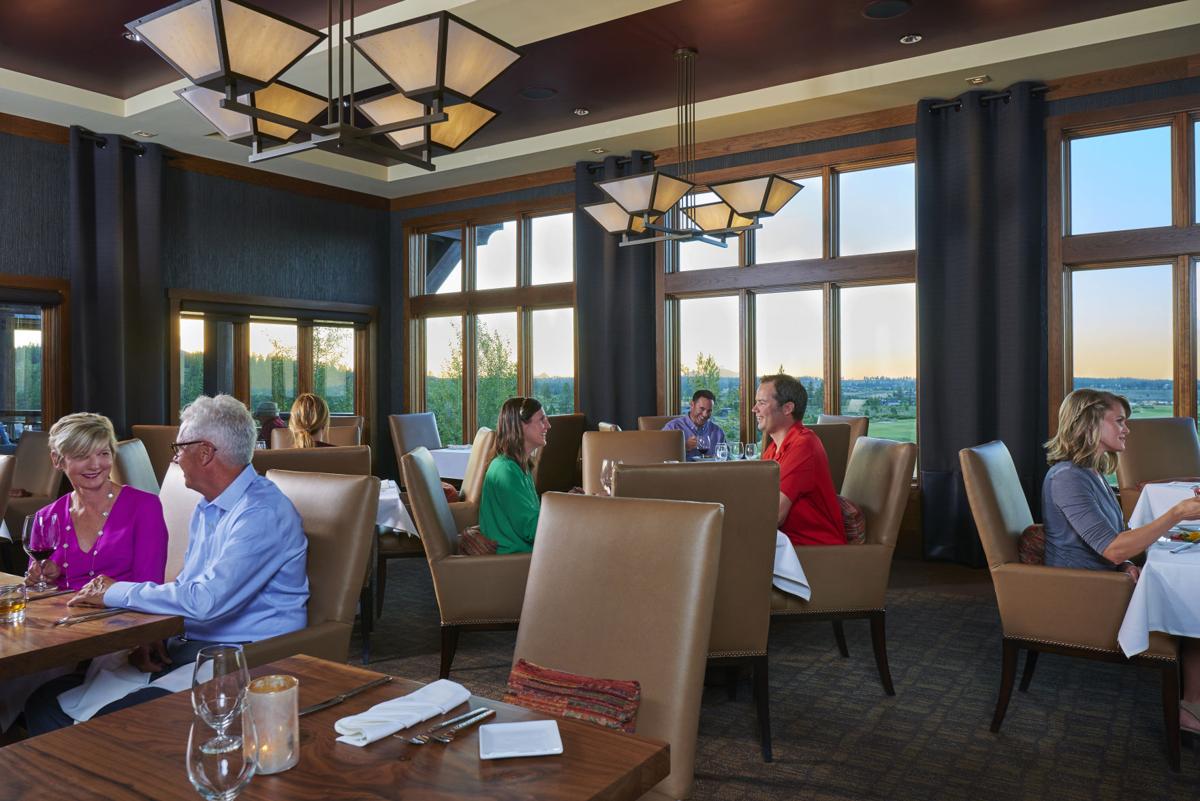 Bites of lobster crown a dish of fettucine carbonara, which also includes seasonal morel mushrooms and pine nuts. (Barb Gonzalez / For The Bulletin)

Spanish clams, served in a blood-orange chili sauce, top the list of starters at Solomon’s. (Barb Gonzalez / For The Bulletin)

Everyone loves a restaurant with a view. In greater Bend, there are a small handful.

The Range at Brasada Ranch, on the flank of the Powell Buttes, features an impressive distant panorama of the High Cascades. Greg’s Grill and the Pine Tavern offer two very different perspectives beside the Deschutes River. During its limited summer season within Mt. Bachelor’s Pine Marten Lodge, Scapolo’s captures the imagination with its mountain-high view of the Three Sisters Wilderness.

But for pure Bend, my favorite is Solomon’s, the fine-dining restaurant at the Tetherow Resort. Wraparound picture windows look out across the David McLay Kidd-designed golf course, a slice of Scotland with a distant view of distinctive Mount Jefferson. In the early evening hours, as the sun slips behind Cascade crest and lends a purple-and-orange glow to the landscape, there is no place like it.

The evening menu at Solomon’s has a more specific Northwest flair than before. Veteran chef Eric McElroy took the reins three months ago after nine months as executive chef at The Row, Tetherow’s more casual pub. He promptly revamped the menu, focusing on locally sourced ingredients.

Our meal began with a small loaf of braided, egg-rich challah bread, served with butter and a spreadable gastrique of blueberries and ginger. That was followed by an amuse bouche, a bacon-wrapped date stuffed with bleu cheese and doused with fig sauce. (A lighter drizzle would have been preferable.)

Spanish clams ($14), the first selection on the list of starters, were absolutely superb. Bite-sized Manila clams were presented in a mildly spicy chili broth sweetened with the juice of blood oranges and served with grilled bread for soaking up the delectable potage. Thin slices of chorizo sausage enhanced the broth, along with garlic, onions, tomato, pimientos and fresh herbs.

Dungeness crab cakes ($15) were spicy and delicious. Plump even without a lot of panko breading or other filler, they were served with a complementary remoulade sauce, “Yucatán” slaw with mango, and a tangy green chimichurri sauce incorporating charred onions.

On the main courses side of the ledger, an innovative fettucine carbonara pasta dish ($22) was delicious. Besides chopped bacon, a standard carbonara ingredient, the plate highlighted bites of lobster and fresh, seasonal morel mushrooms from Western Oregon. Toasted pine nuts and hazelnut were other decidedly regional ingredients, along with arugula, lime zest and an Asiago cheese sauce.

Morels also complemented a 6-ounce filet mignon ($29), cooked medium rare and served with a savory Bordelaise sauce. The steak was perfectly prepared, tender and juicy. It was accompanied by a serving of Brussels sprouts, tossed with lemon-smoked bacon.

Dessert came in the form of a half-dozen beignets, deep-fried puff pastries popular in New Orleans cuisine. Served warm, they were offered with a chocolate-espresso mousse and (on our request) whipped cream.

McElroy, 45, is originally from Memphis, Tennessee. He came to Oregon in 2008 and to Bend in 2011 when he was hired as executive chef at 10 Barrel Brewing. He subsequently operated his own restaurant consulting firm, before joining the Tetherow team a year ago.

The chef said he considers it important to support local farmers, cattle ranchers and fresh seafood companies to the greatest degree possible. “I can offer more things and keep up with the seasons that way,” he said. Examples are the morels, mushrooms that appear in the spring months, and huckleberries, which will be appearing on the menu later in summer.

McElroy works hard: He prepares the lunch menu at The Row nearly every day before turning to Solomon’s for dinner.

Solomon’s, by the way, honors the resort’s namesake, Solomon Tetherow (1800-79), a 19th-century wagon master who led a party of Oregon Trail pioneers from Missouri to the Willamette Valley in 1845, pausing in Central Oregon en route.

The 700-acre Tetherow Resort was established in 2005. It has grown to include not only its iconic 18-hole golf course and golf academy, but also a 50-room boutique hotel, a swimming pool complex, residential homes and an events pavilion.