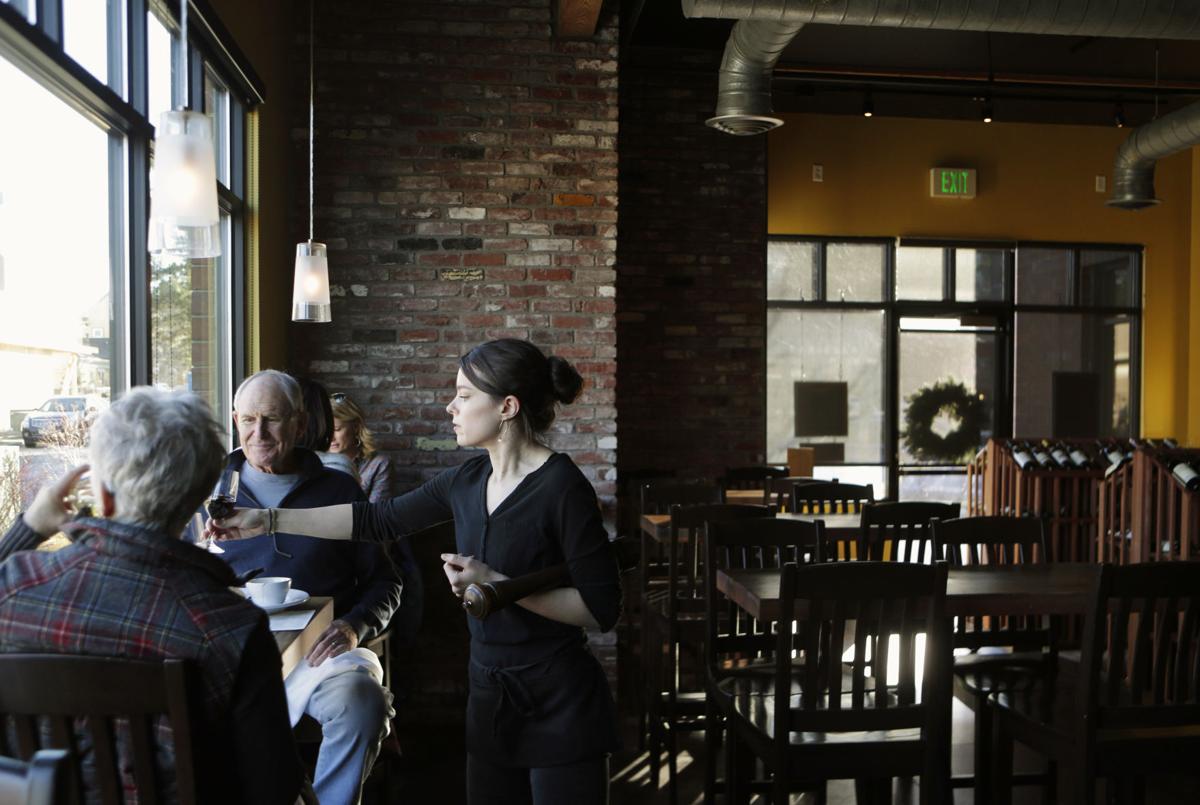 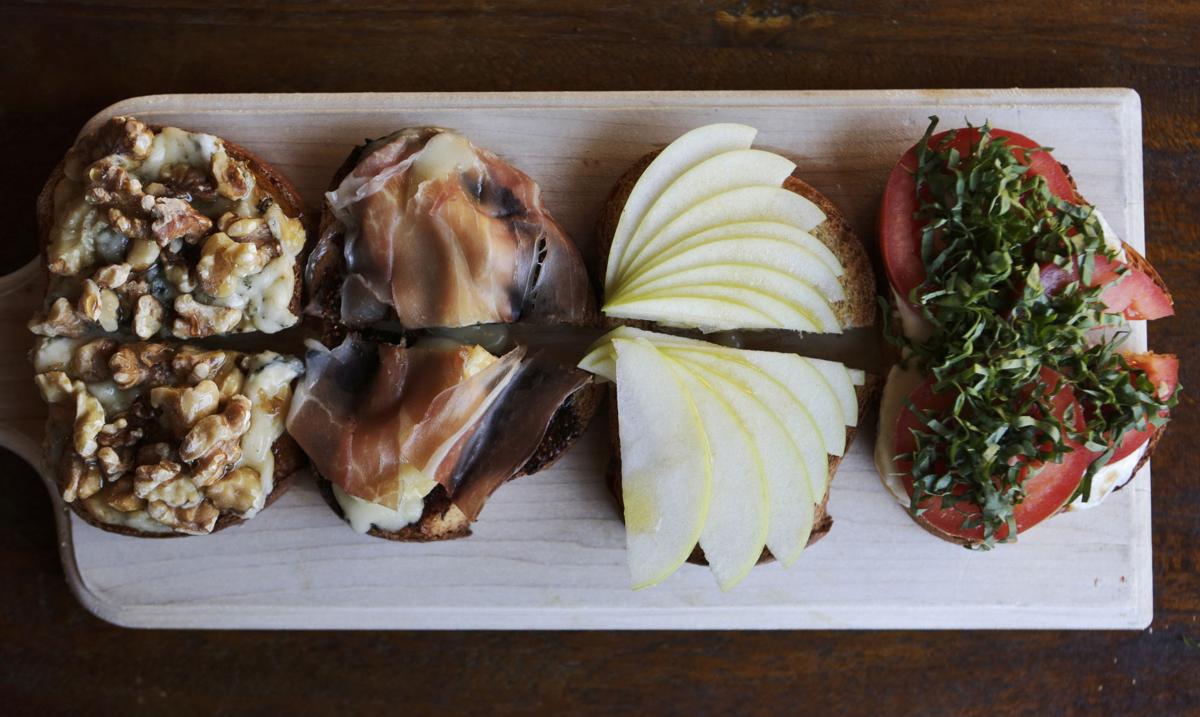 A Bruschetta board at portello winecafe in Bend on Wednesday, Dec. 6, 2017. From left: blue cheese, walnut, and honey, prosciutto with brie and fig jam, brie with apples, and fresh mozzarella, tomato and basil. (Joe Kline/Bulletin photo) 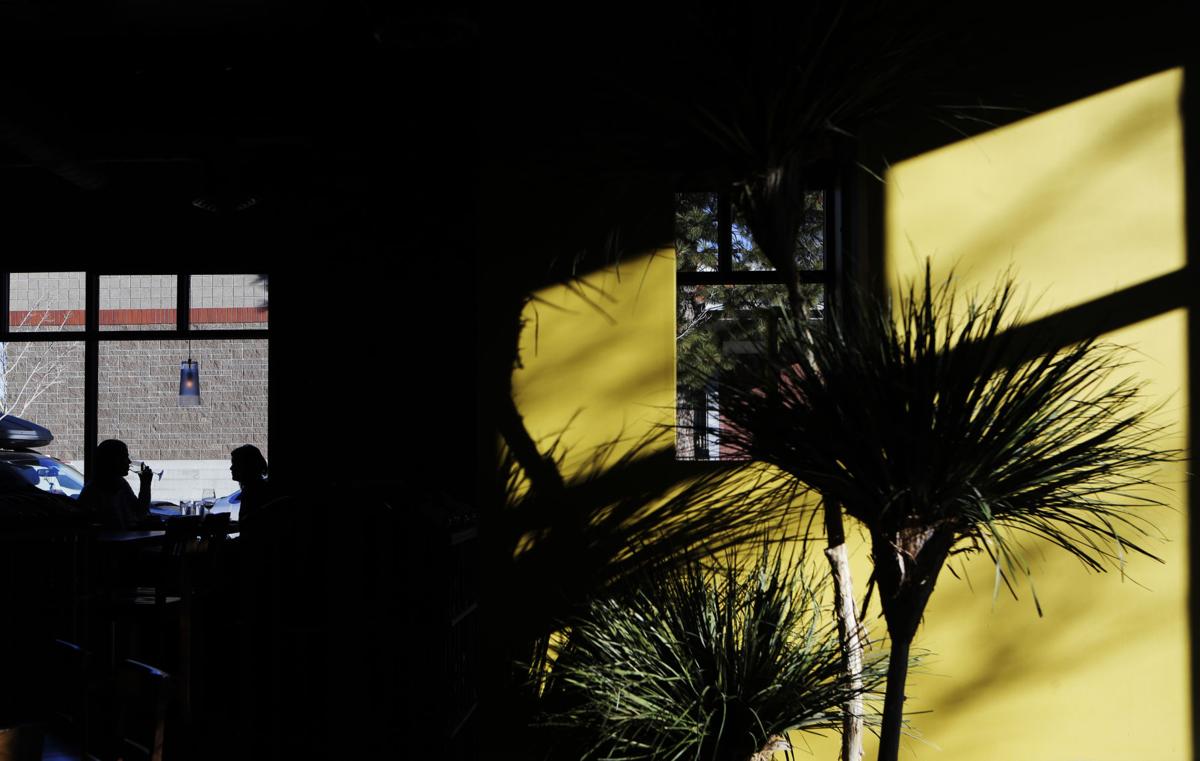 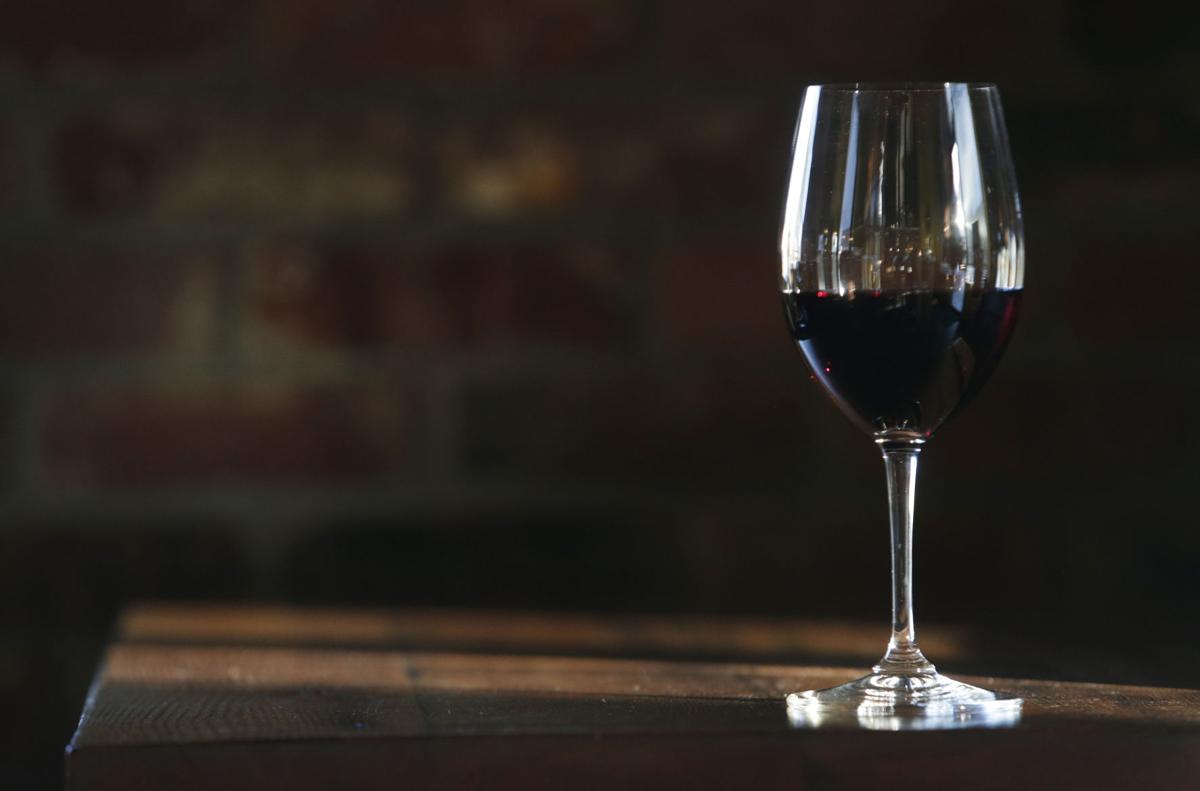 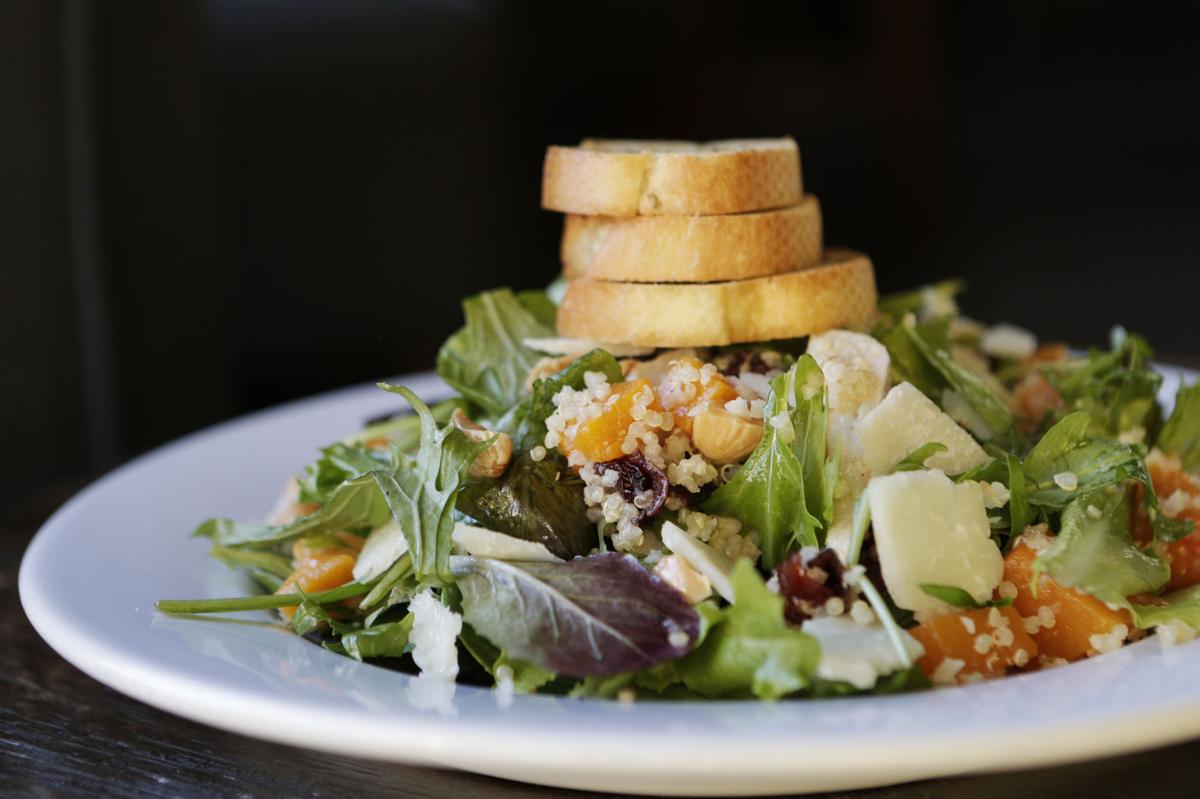 The chicken and quinoa salad is served at Portello Winecafe in Bend. (Joe Kline/Bulletin photo)

A Bruschetta board at portello winecafe in Bend on Wednesday, Dec. 6, 2017. From left: blue cheese, walnut, and honey, prosciutto with brie and fig jam, brie with apples, and fresh mozzarella, tomato and basil. (Joe Kline/Bulletin photo)

The chicken and quinoa salad is served at Portello Winecafe in Bend. (Joe Kline/Bulletin photo)

When Portello Winecafe opened its doors in July 2006, NorthWest Crossing was in its infancy.

“The neighborhood has grown up around us,” reminisced co-owner Lance Newman. “Thinking back on it, our decision to locate here rather than downtown or in the Old Mill District was more of a vision. I’m just thankful that we did it.”

One of west-side Bend’s most popular gathering places, Portello doesn’t look a lot different than it did 11½ years ago, when it was established by Newman and partners Mitch and Amy Chamberlain. Some of their staff has been with them nearly that long, sharing their knowledge of the ever-changing wine list and foods prepared to match.

There’s a living-room ambiance to this classy wine bar. On its west side, sofas and plush armchairs spread beneath a high ceiling of exposed ventilation ducts. High tables are crafted from circa-Second World War cherry barrels from the Willamette Valley; additional tables are framed by handsome wine racks and two walls of windows.

Walls built of bricks reclaimed from a demolished Portland building, circa-1900, are hung with art and photographs by Central Oregon artists.

The menu selection has expanded over the years, but only slightly. “Our kitchen is so small for our space, and given how busy we can be, we felt for a while that we were doing all we could do,” Newman said.

But a partnership with Tumalo’s Good Earth Farms, forged through the NorthWest Crossing Farmers Market, assures the cafe fresh seasonal produce for its salads. And creativity with Italian recipes — such as a fresh, house-made pomodoro sauce used in its classic meatballs and seasonal ravioli selection — has inspired menu items.

The ravioli (my selection, on a recent visit, was filled with wild mushrooms) and meatballs (four of them) were prepared with a wine reduction and served with grilled focaccia. Accompanied with glasses of red wine, they were delicious.

On one of those occasions, my dining companion opted for a salad, one of eight on the everyday menu. Her Blue Farm consisted of mixed greens (lettuce, arugula, baby spinach) tossed with crumbled Gorgonzola cheese and sweetened with bits of pears, dates and toasted walnuts. The ingredients were perfectly set off by a balsamic vinaigrette dressing.

Other salads on the everyday menu include beet and chevre, chicken and quinoa, hazelnut spinach and a lemony Caesar. There’s also an albacore tuna salad with capers and sun-dried tomatoes, and a vegetarian “Junie” with dates, pine nuts, golden raisins, cranberries, red onions and goat cheese on a bed of romaine, with an orange-poppy vinaigrette.

Wednesdays through Saturdays, Portello opens early for lunch. There’s real value in the “Pick Two Lunch Special,” which for $10 offers a choice of two of these three: a half salad, a half panini and/or a cup of house-made soup.

I chose the latter two. The soup of the day was a robust tomato potage, topped with ribboned basil and with enough spice to make the tongue tingle.

My panini choice, from seven options, was chicken and Brie. Grilled chicken breast and French Brie cheese were layered on ciabatta bread with pecans and a tart cherry jam that was a perfect parlay.

Had I wanted a childhood lunch, I might have paired the grown-up grilled cheese (melted Gruyere and fontina cheeses with sage and white-truffle oil) with the tomato soup. Italian sausage, turkey and bacon, and a vegetarian Mediterranean panini (including artichoke hearts and Kalamata olive tapenade) were among other choices.

All panini come with a side choice of sea-salt chips or house slaw. I chose a ramekin of the creative slaw, made not only with cabbage but also with shaved fennel, capers and a sprinkling of fresh herbs.

Most dishes are also served with a portion of bright green Castelvetrano olives from Sicily. They are one of numerous popular snacking items at Portello, along with bruschetta (nine varieties, from dried fig-and-pistachio to smoked salmon-and-cucumber) and bread and cheese boards. It seems the only thing missing here is a selection of charcuterie.

As befits a boutique wine shop, the menu is geared toward foods that can be enjoyed with fermented grapes. And the veteran staff is glad to recommend matches. “I think, in some ways, we have customers who want that kind of (pairing) experience,” Newman said.

Patrons can expect to find 28 to 30 by-the-glass selections on a wine list that turns over three or four times a year.

“It’s always been our goal to find those wines that people have never tried,” Newman said, “whether it’s a varietal, a country or a particular winemaker. We still focus on Oregon and Northwest products, but we also do a fair amount of non-domestic wines. We’ve been able to expand that a little bit.”

Portello also has a weekend program of moderately priced wine flights, and a selection of draft beers for guests who prefer hopped beverages to the noble rot.

— John Gottberg Anderson can be reached at janderson@bendbulletin.com.

Reservations: Accepted for groups of 6 or more