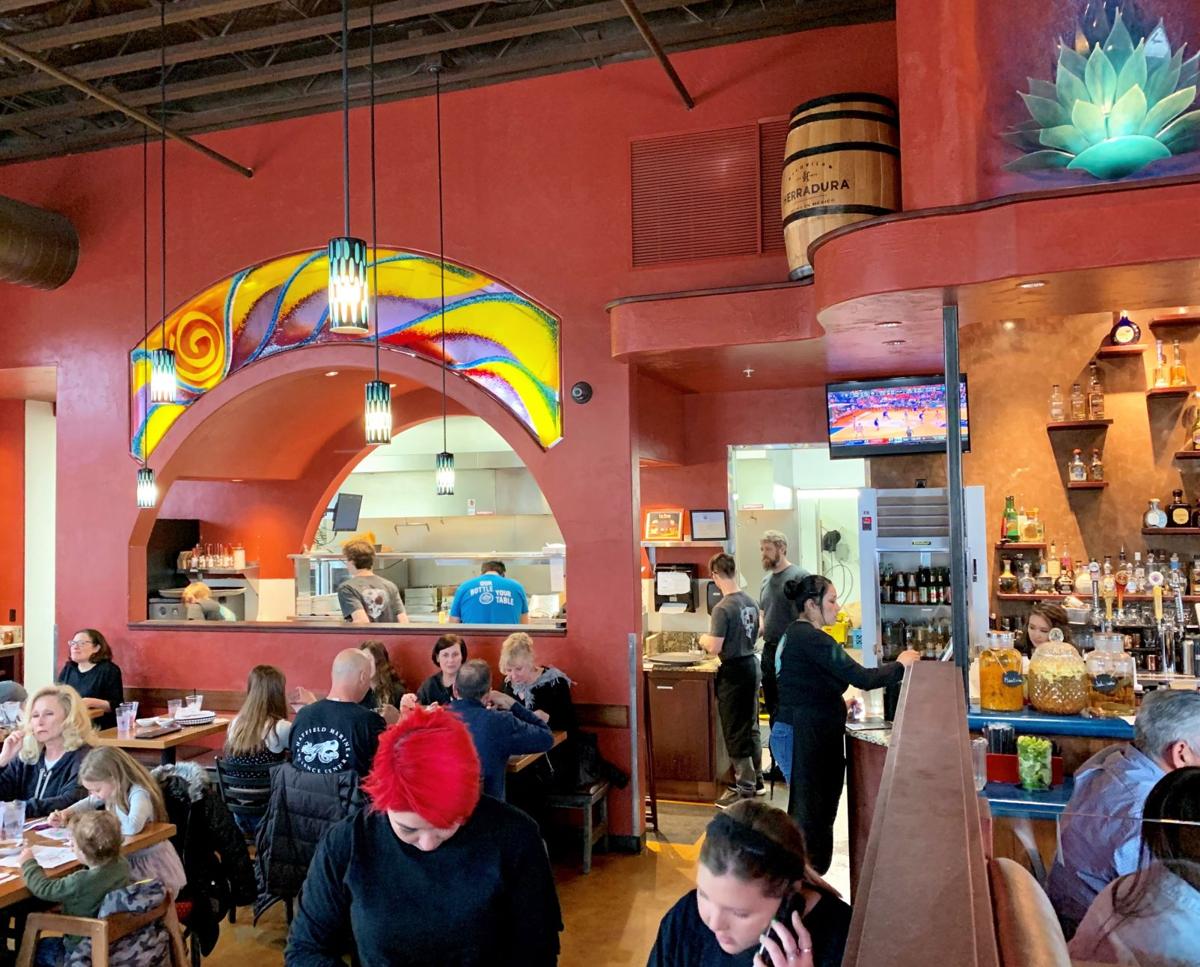 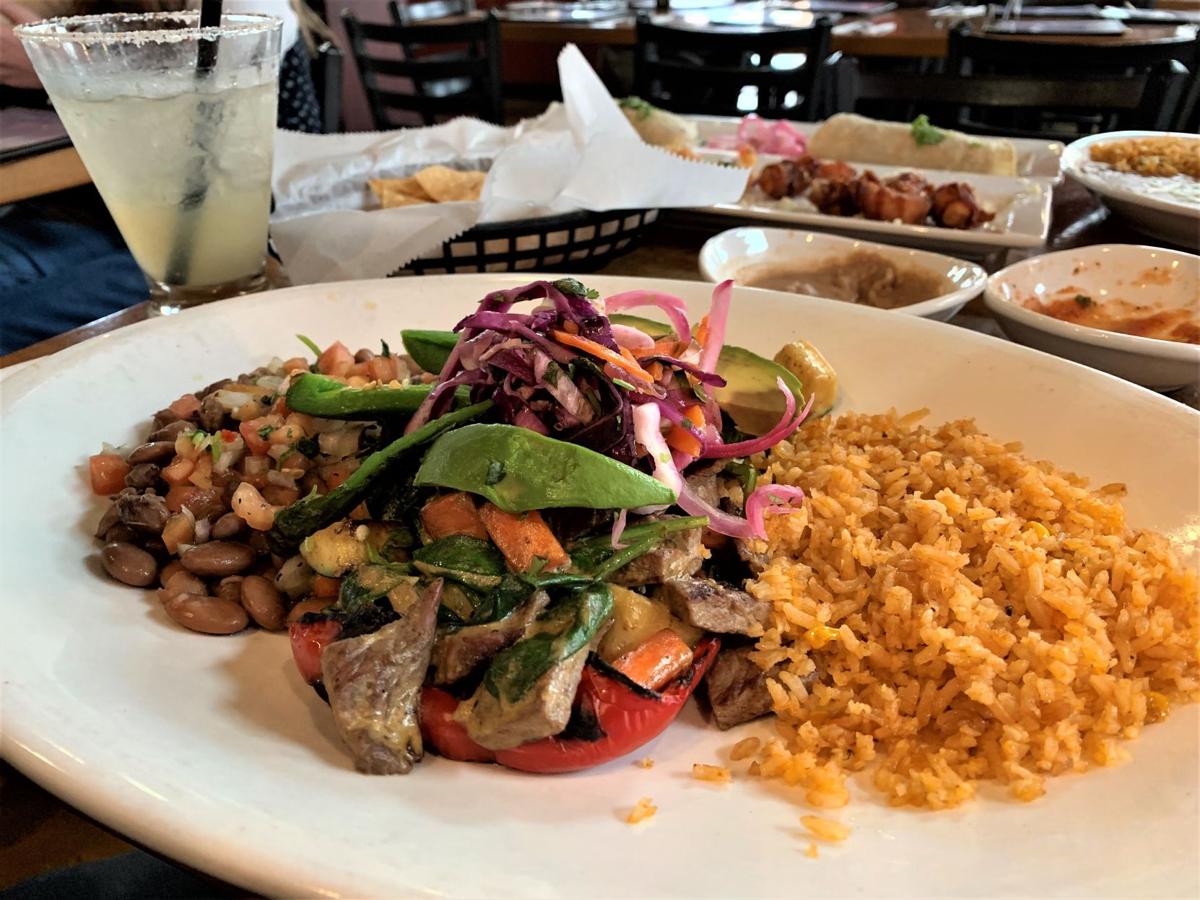 The estufado relleno is served on butterflied red and yellow bell peppers.(Barb Gonzalez / For The Bulletin) 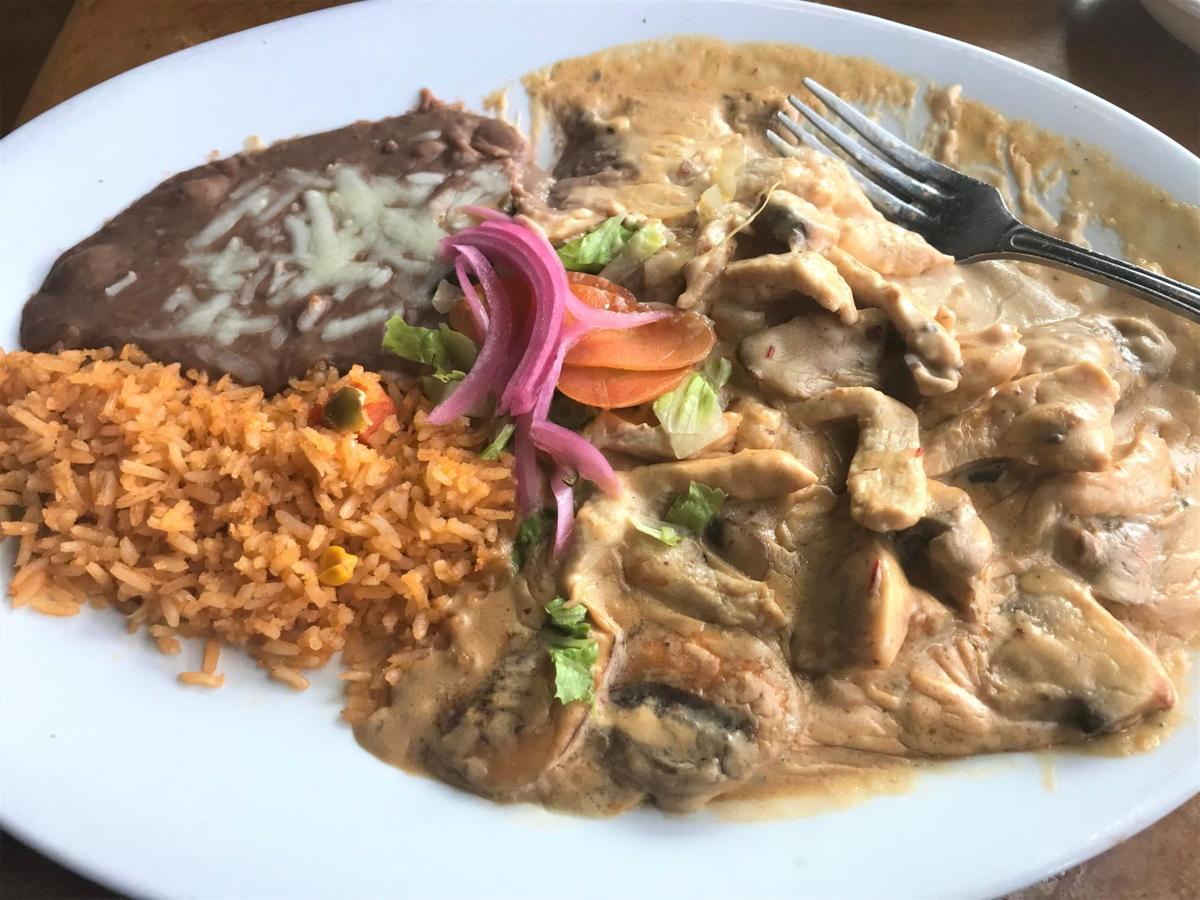 The estufado relleno is served on butterflied red and yellow bell peppers.(Barb Gonzalez / For The Bulletin)

When La Rosa Mexican restaurant moved from College Way to establish a home in NorthWest Crossing in late summer 2008, the ground had barely been broken in what is now one of Bend’s booming neighborhoods.

On the roundabout at Mt. Washington Drive, steps from Summit High School, La Rosa quickly became known as a family-friendly community hub. Today, more than a decade later, with hundreds of families now living in the NorthWest Crossing district, it remains so. On any day of the week, long before the traditional 5 p.m. end of the workday, diners are lining up for tables in the busy restaurant.

Contemporary Latin music sets a mood throughout the space, which is casually divided between a dining room and lounge area. A couple of sports-directed TVs add entertainment for high tables and barstools in the lounge, while not distracting diners at booths and tables in the bright, larger section of the restaurant.

Owner Carole DeRose and her husband, Ron, a contractor, extended the success of their west-side restaurant with a second La Rosa in Brookswood Meadow Plaza in 2013. Like the original, it perpetuates the sense of neighborhood.

But on two recent visits to NorthWest Crossing with my dining companion, I found food and service to be inconsistent.

Lunch was the better of the two meals. Greeted promptly by a hostess, we took a window table for two in the lounge. A busser and a colorfully attired bartender-server immediately provided water and a basket of tortilla chips, accompanied by a spicy, house-made salsa rioja and a bean dip that was the perfect consistency, neither too thick nor too thin.

The highlight of the meal was a generous cup of pozole ($7.99), a traditional white hominy stew made with roasted pork (chicken is also an option) and plump kernels of corn. Served in a light tomato broth, it was garnished with cabbage, avocado, white onions, dried chilies and oregano, and a wedge of lime. It was the best I’ve had in Central Oregon.

My entree, however, wasn’t of the same standard. Pollo con chipotle ($11.99) — chicken with a chile sauce — is one of my favorite Mexican dishes. Strips of chicken breast are simmered with thickly sliced mushrooms in a gravy of white wine and heavy cream, spiced with chipotle peppers.

It bore a stunning resemblance to “Marcos Pollo,” as served at La Rosa’s crosstown rival, Hola! Perhaps that should not be surprising, given that Hola! co-founder Marcos Rodríguez was head chef at La Rosa before launching his own group of restaurants.

At La Rosa, however, I found the entree’s sauce to be chalky, an indication that the cream may have curdled in preparation. The Spanish-style house rice could have been moister. The refried beans were fine, although my personal preference is for black beans.

My companion ordered arrachera ($14.99), a preparation of skirt steak otherwise known as carne asada. Char-grilled medium rare, the meat was tough and chewy, a disappointment. It was served with a grilled green onion and fried (mild) jalapeño pepper, guacamole and pico de gallo. She requested corn tortillas but, like me, got thick flour tortillas.

Dinner service was much less efficient than lunch, even though we beat the crowd by arriving early during happy hour. Although we were seated and given menus quickly, we waited several minutes for a server — and then only after asking a busser for help in finding one, as the tables around us filled up with later arrivals.

From that point, however, we were attended as quickly as the crowded dining room would allow. We first ordered margaritas, which were tasty but relatively small compared to other local Mexican eateries.

My companion chose to make dinner out of two happy hour appetizers. But she couldn’t even finish her Botana de Camarones ($6.75). The bacon-wrapped shrimp were so overcooked that the seafood was rendered inedibly dry. The lack of moisture, my friend said, left them with a fishy flavor.

She did, however, enjoy her Tacos Carnitas con Mole ($6.75). Slow-roasted pork was stirred with a sweet-and-spicy mole, a sauce traditionally made with semisweet chocolate, peanuts, pepitas and spices. It was wrapped in warm tortillas and served with pickled onions and a jalapeño.

I was delighted with my choice of a nightly special, the Estufado Relleno ($19.99). Unlike a typical chile relleno, highlighting a stuffed Anaheim pepper, this dish featured red and yellow bell peppers, butterflied and laid flat. These were covered with slices of skirt steak, a saute of vegetables (carrots, zucchini, mushrooms, spinach, red cabbage, pickled onions, avocado and a fried jalapeño) and melted cheese. A flavorful side of pinto beans was tossed with pico de gallo.

La Rosa isn’t perfect, but there are many great reasons to visit. I would come back anytime for the pozole, and I loved that relleno.