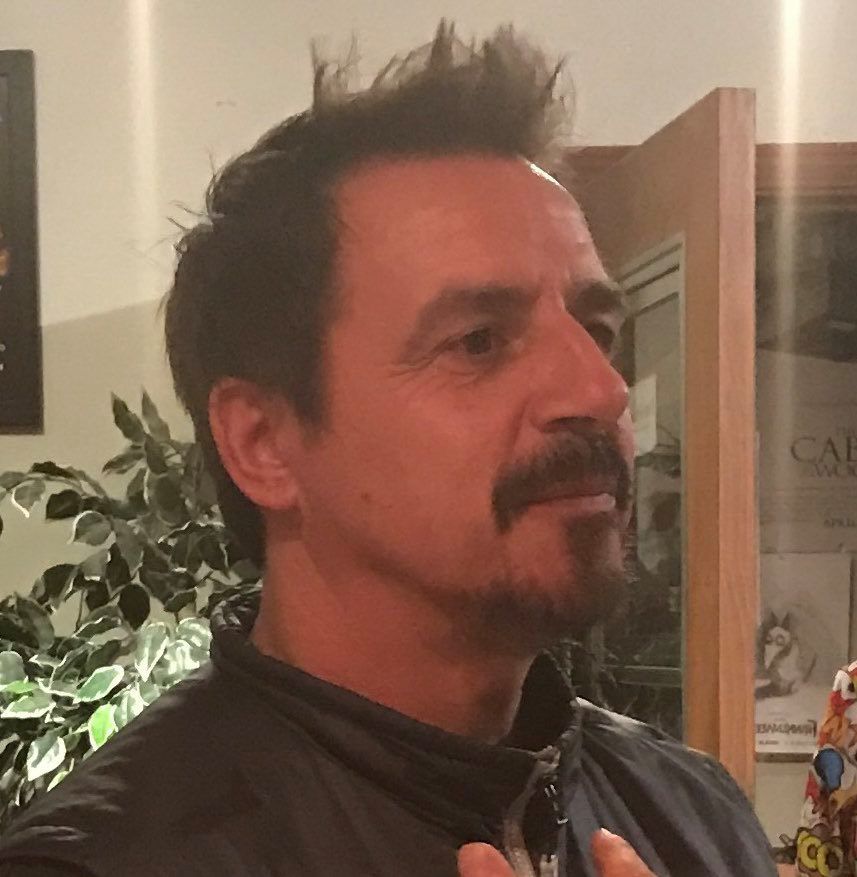 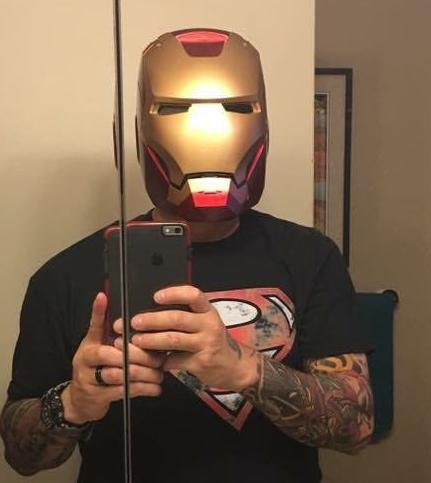 Who: British transplant Gary Loddo is the co-founder of Integrity Encompassed, Inc., whose employees help people with disabilities get out into the community — more challenging since the coronavirus pandemic arrived, he said. Loddo, who recently became a grandfather, is also well known for his theater work — primarily set design and building. Last year, he expanded into performance, appearing in a live stage reading of “Die Hard” and in the musical “She Loves Me.” Theater work, of course, has also come to a halt, but Loddo’s enthusiasm for the “Star Wars” films and superheroes, particularly Iron Man and Dead Pool, most definitely has not. Last year, he added an Iron Man tattoo to the gallery.

A: No. I mean, I started reading comics at a young age. My dad got me into superheroes and stuff. Superman is my longtime superhero, so I have a lot of old Action Comics and stuff like that. He took me to see the original movies before he passed away, you know? So in those younger years, that and Star Wars were my connection to him, so it holds a very important (place) for me. Because it’s my connection to him, and to me, he was like my hero, my dad was. My dad was a really, really good man, and I totally connect him with that kind of thing, you know, where I only ever saw him doing good.

Q: How old were you when your dad died?

Q: That must have been hard. Sorry.

A: That’s all right. Yeah, I was 12 when he passed. Me and my brother lived with him from the age of 8. My mom left and I’ve never had a relationship with her again. So we lived with my dad, and I was really close to my dad anyway. But like the superhero thing, I’ve always really fully embraced the superhero thing, because it always had a connection to him for me. That’s why in “Infinity War,” “I love you 3000,” that thing with him (Tony Stark) and his daughter, really got to me. I’ve been an Iron Man fan for a long time as well … probably (since) my teens, reading comics.

Q: What made him special to you?

A: I think it was his intelligence, like Batman, really. People see the suit and think the suit’s all there is, but obviously his whole thing was the intelligence, and the suit became a part of him but it was still a separate thing. Whereas a lot of superheroes, they have that ability, but that’s kind of within them. Whereas his suit’s an external really, and the way it’s kind of evolved. It evolved quite a lot through the movies, and through the comics as well. I think he has that confidence and sometimes it’s mistaken for being brash and patronizing, but it really isn’t. I think that showed in the last lot of movies, that his heart was bigger than most people thought.

Q: (Spoiler alert: If you’ve not seen “Avengers: Endgame,” move on to the next question) How did you react when you saw “Endgame”? Were you pretty broken up at that ending?

A: Yeah. I was. I felt it was a pretty emotional movie, and then that made it even more so because it was kind of unexpected. For me anyway. Everyone had pre-spoilers before it even came out saying, “Oh two of them die in it” or “three of them die in it.” I didn’t expect it to be him. … The Iron Man movies were the ones that really kicked Marvel back in; they were the ones that made the money.

Q: Obviously, you bear a resemblance to Robert Downey Jr. Have people mistaken you for him in public?

Q: The goatee helps, too, I think, with the look. Can we expect to see a Negan costume at some point in the future, a baseball bat?

A: That could be a possibility for a costume party, yeah. That could be, yeah. At the moment I’m really into Star Wars and Iron Man, and I love Deadpool as well.

Q: Do you have a full Iron Man costume, or just the helmet?

A: I have the helmet, but I’m trying to get the full costume. I’ve got a Dead Pool one, which I acquired. … I won’t wear a rubbish (costume). I’ll wear a dead authentic one. The helmet is actually an authentic one. It’s not one of the cheap Marvel ones. The helmet’s a proper one, but I haven’t got the full set yet. I actually bought the Stark suit, the actual Stark businessman suit, because I’ve got the reactor put into a vest … the reactor that lights up, that makes noise. So I go as Stark, and I’ve got the reactor underneath the shirt, so I can pull the shirt open and show the reactor.

Q: Have you worn it to opening night at movies or Comic Con?

A: I’ve done the Stark at a costume party, but I haven’t worn it to an opening or a Comic Con. I should really.

Q: What kind of reactions did you get to Stark at costume parties?

A: They all like it, especially when I turn the arc reactor on. … They’re all like, ‘Yeah, that’s cool.” Obviously that never comes off. It’s not part of the suit. It’s part of him. During one of the BEAT (Children’s Theatre) shows we had at Summit (High School), I wore it, and I was helping out with crew, so whenever I was at sidelines, the other crew on the other side of the stage, when it went dark I kept lighting it up and all the kids were laughing and stuff. They all really enjoyed that (laughs). People know him. It’s so timeless now.