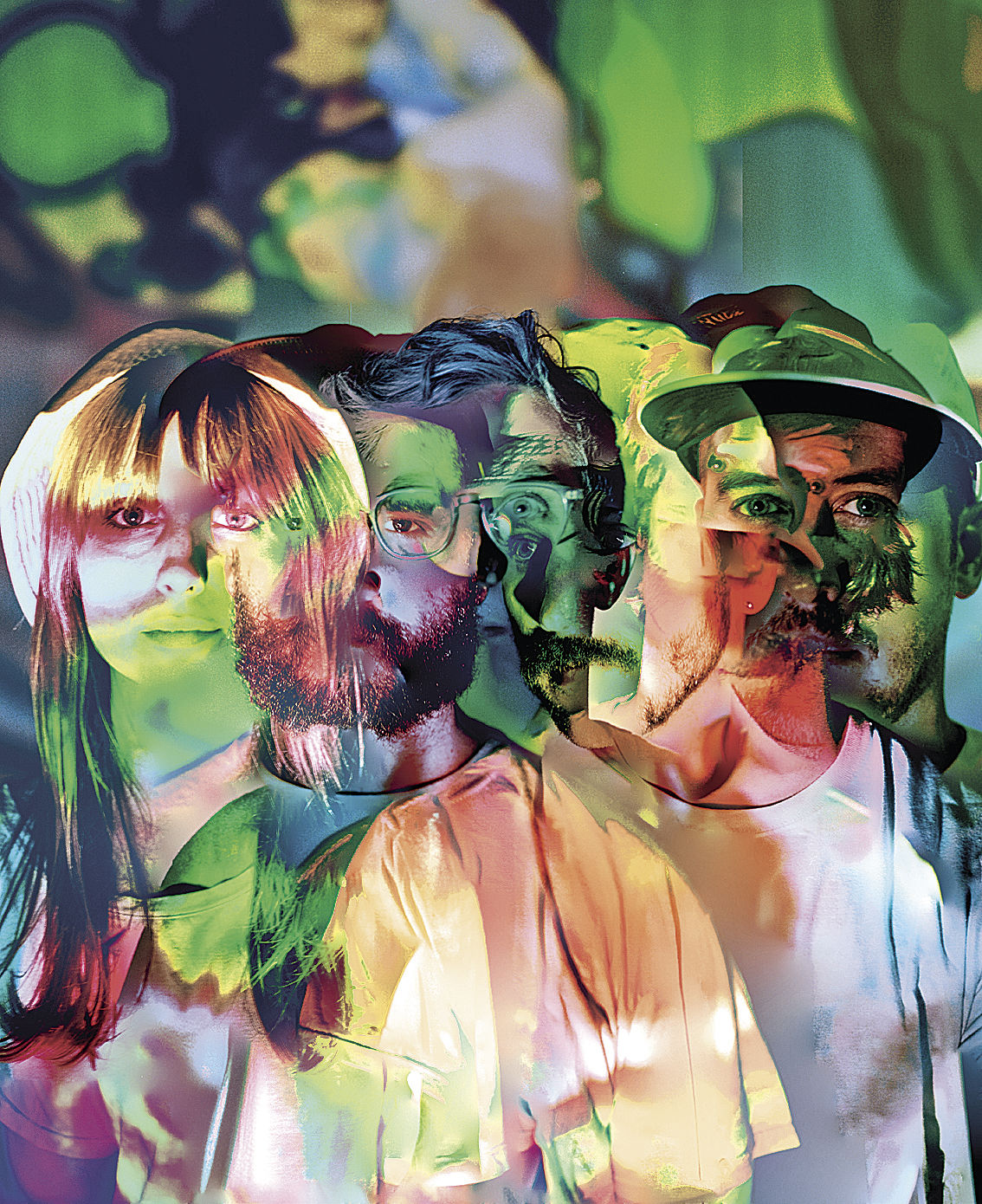 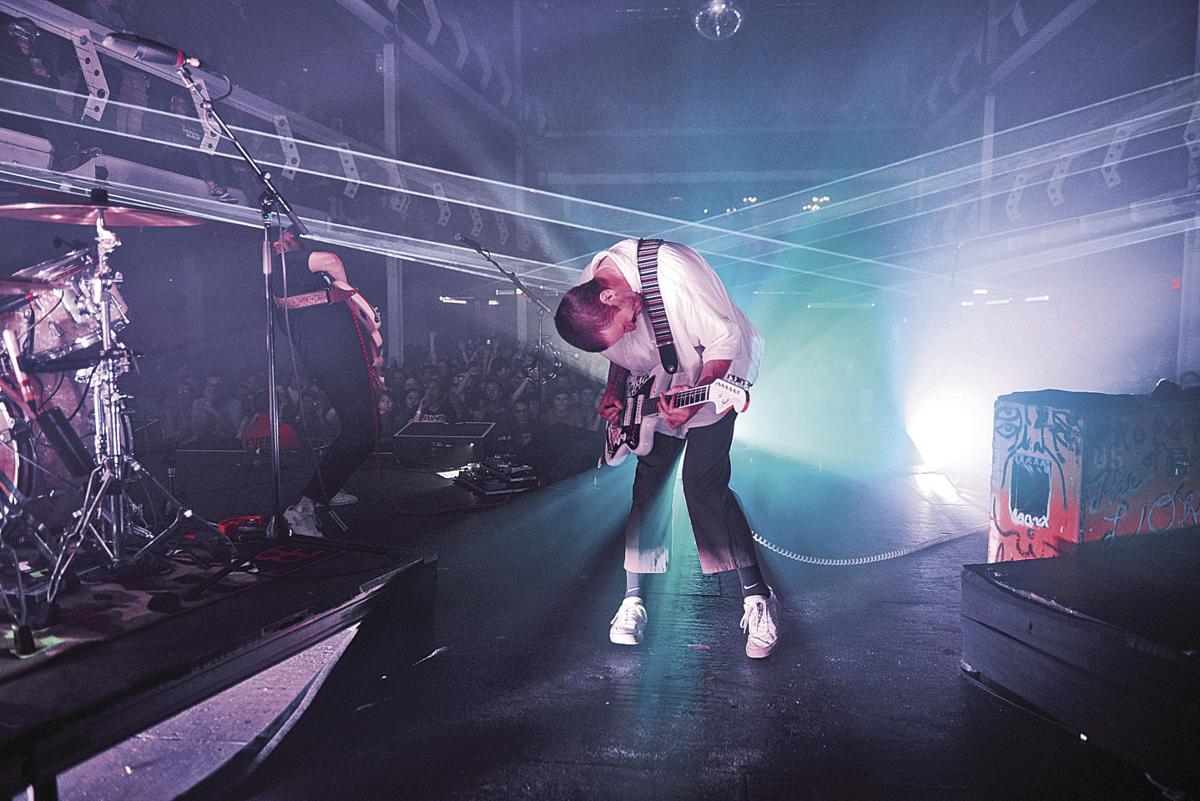 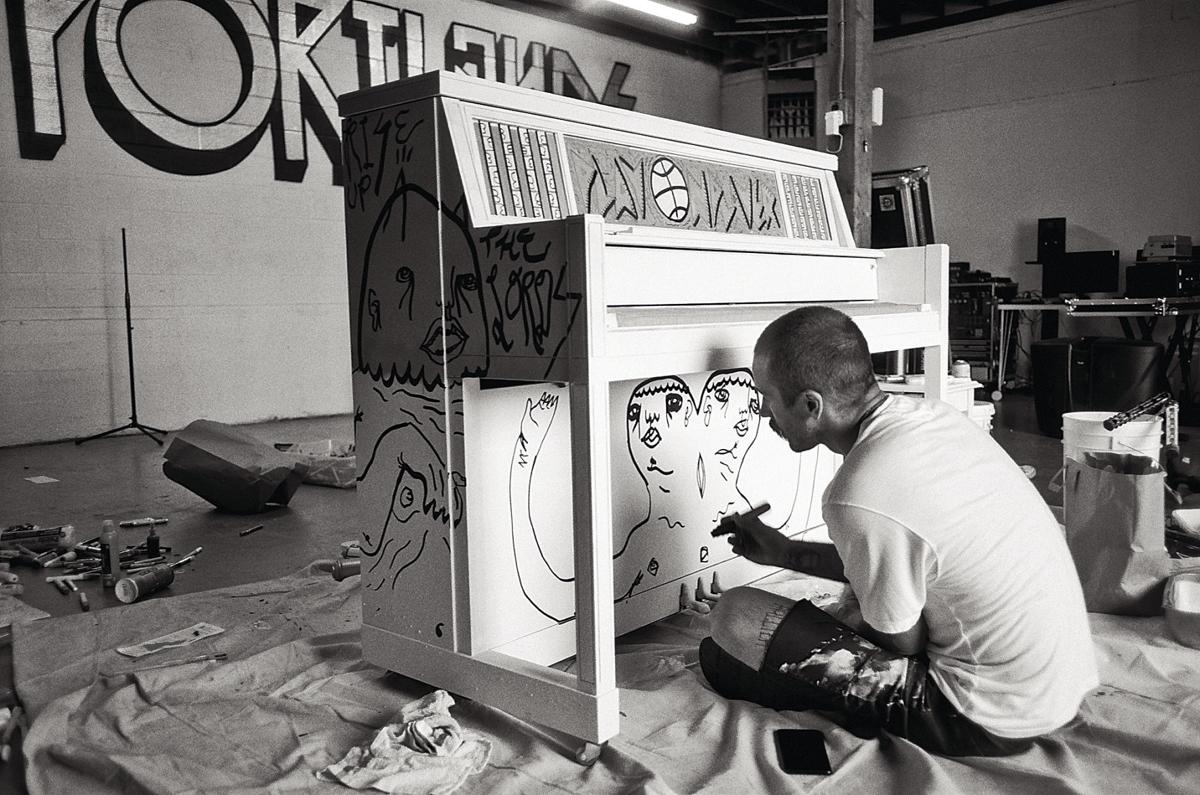 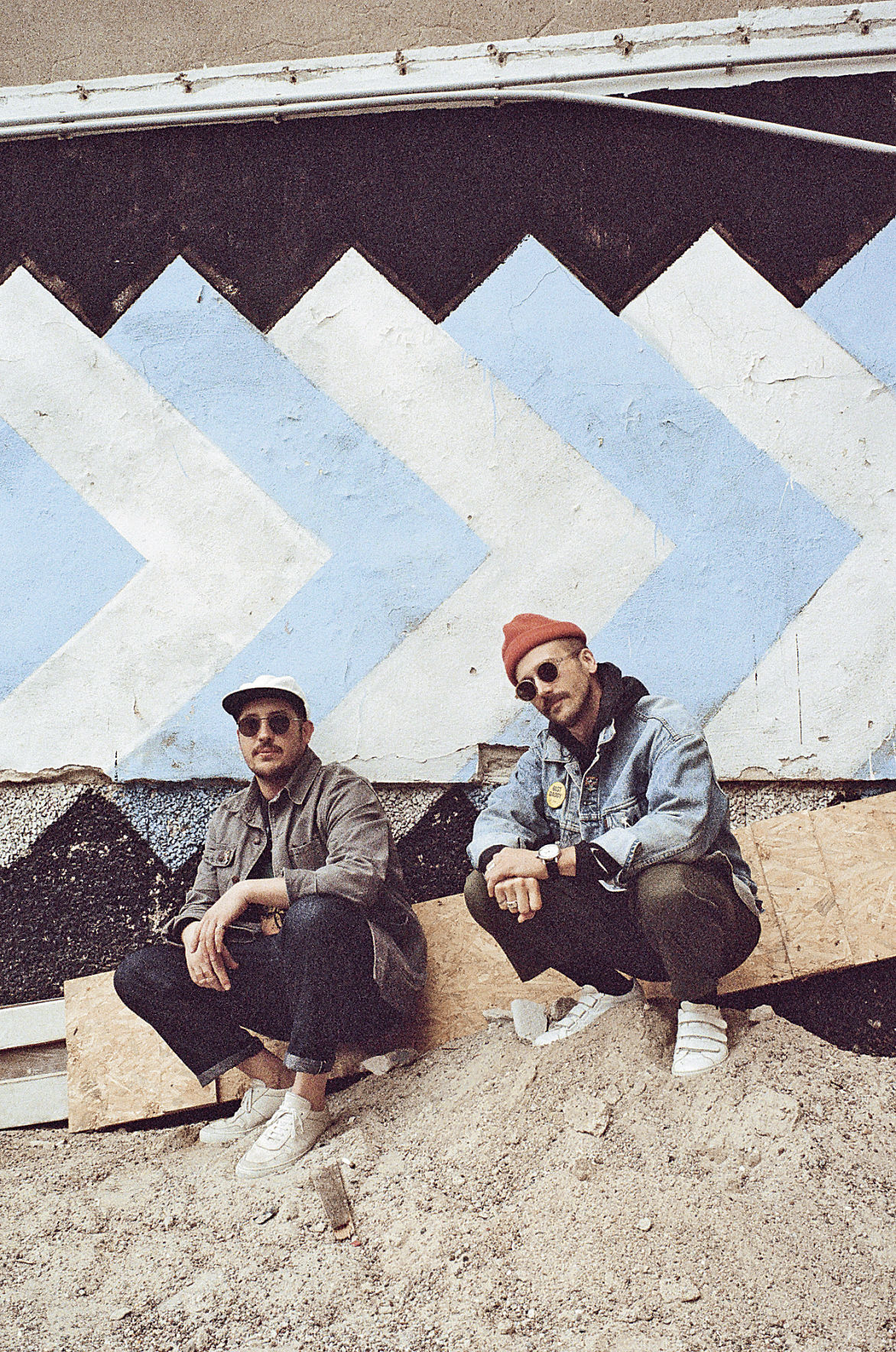 He had some questions about Les Schwab Amphitheater, where the band will make its headlining debut Friday. After being told that yes, Portugal. The Man is in fact the lead act on the bill, Howk asked about the venue’s size.

Since forming in Portland (by way of Wasilla, Alaska) in 2004, Portugal. The Man has followed a pretty standard, slow-burn trajectory for an indie rock band, releasing solid albums of psychedelic rock and pop and slogging through the national club and festival circuit. That changed with last year’s infectious single “Feel It Still,” which became the band’s first No. 1 hit on Billboard’s Alternative Songs and Adult Alternative Songs charts, as well as its first entry on the Billboard Hot 100 at No. 4.

Its parent album, “Woodstock,” the band’s first in four years, would go on to spawn another No. 1 single with “Live in the Moment,” while “Feel It Still” nabbed the group its first Grammy Award for Best Pop Duo/Group Performance in January. Since then, the band has played high-profile gigs such as the American Music Awards in November, and last weekend it headlined a two-night stand at McMenamins Edgefield.

“It’s been trending this way for a long time, and obviously there’s a spike with ‘Feel It Still’ and we are all extremely grateful for that song and what it’s done just in terms of keeping the sustainability and letting the family stay out on the road and go to new places,” Howk said from his home near Seattle while on a short break from the band’s national tour. “With Portland, specifically, I mean obviously headlining Edgefield twice is something that we couldn’t pull off in the past. But it’s always family, and the backstage is about the same — you still have the same 150 or 200 friends back there, and they’re just coming back-to-back.”

As the band has explained in past interviews, an album titled “Gloomin + Doomin” was recorded with Mike D but scrapped after Gourley visited his father in Alaska and found his dad’s ticket stub from the original Woodstock concert. That inspired him to write new songs more in tune with the political and social strife the band saw in the 2016 election and beyond.

Howk joined in 2015, just in time to feature on “Woodstock.”

“It gave me an opportunity to really learn how their process works,” he said. “… With ‘Woodstock,’ it was taking a step back and I guess maybe doing what other bands do in a more traditional fashion — which is, here’s the songs that are gonna go on the record, and we’re gonna record the best version of them that we can — rather than going in with like, here’s 40 or 50 songs, let’s find the subjectively 12 best out of those.”

While he may be a newcomer to the band, he’s no stranger, having grown up in Wasilla with Gourley and Carothers. He played with Carothers in their high school’s jazz band and occasionally in a cover band, Dependable Letdowns, which specialized in hard rock such as Metallica, Rage Against the Machine and Helmet, he said. Howk moved to Seattle, while Carothers and Gourley ended up in Portland.

“I ended up falling into a band that got signed to a major label pretty quickly and toured with them — that was The Lashes, so I was just out with those guys for a number of years,” he said. “Around the time that we were sort of ramping that band down, Portugal. The Man just started going through the roof. I was trying to figure out if there was a way I could join in 2007 — right around the time ‘Church Mouth’ (Portugal. The Man’s sophomore album) came out, I was talking to Zach a little bit about that. And then, I got in a gnarly accident that derailed things for a while.”

The accident Howk referred to left him a paraplegic. He’s used his platform in Portugal. The Man to advocate for other people with disabilities, recording several public service announcements for the National Telecommuting Institute last year.

“Obviously, I’ve been touring with these guys for a few years now, and we’ve got some of our regular spots in certain cities that we like to hit, and you notice improvements,” he said. “You’ll notice the elevator working or ramps put out and things like that. It’s cool. It’s little by little. … It’s definitely a credit to my crew and to my band to find a way around things, and there hasn’t been a stage — knock on wood — that we haven’t figured out some kind of way to get me on yet. There’s been some real wacky ones — I’ve definitely gone straight through the middle of the crowd and been lifted up dead from the center of stage in a sold-out, small club.”

Howk is the only member of the band not living in Portland, though he said that will soon change. He hopes to move to the city before winter, when the band plans to rehearse and record.

Given the success of “Woodstock,” the obvious question came up: Is the band feeling the pressure?

“I think the cool-guy answer to that would be, nah, man, nah, no pressure,” Howk said with a laugh.

“Obviously, we want to write the best stuff that we can. We’re pretty realistic in understanding that, while ‘Feel It Still’ is my favorite song of all time, it was a fluke almost. I don’t want to say it was a fluke — it was definitely the right song for the right time. You can’t really choose what people are gonna connect with and what they’re gonna want to hear. For whatever reason, through whatever magic, people couldn’t get enough of that song this year, and we understand that recapturing that lightning is a tall order. But we can definitely learn from what made it work.”