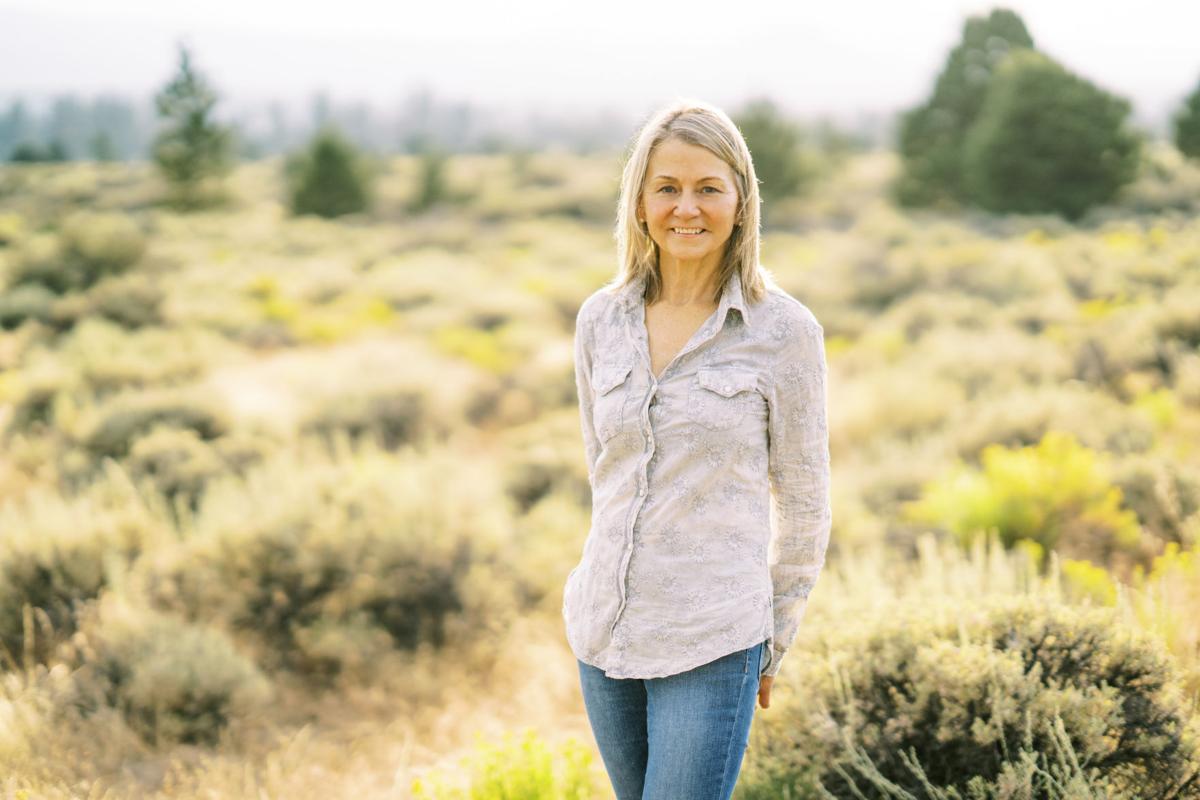 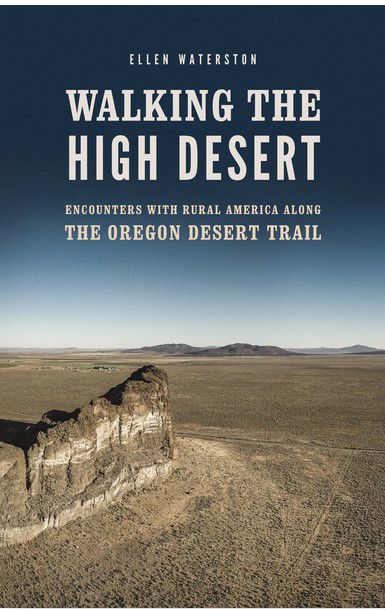 To anyone familiar with Bend author Ellen Waterston and her work, it may not come as a surprise to learn the High Desert has once again served as the writer’s muse.

Waterston’s work over the years has included plays, prose, poetry and even an opera, “Via Lactea,” inspired by hiking the European pilgrim trail El Camino.

But Waterston never seems to stray too far from the hard-scrabble beauty of the High Desert. Her desert-related works include the poetry collection “Between Desert Seasons,” and the essays of “Where the Crooked River Rises: A High Desert Home.” She also contributed to the 2019 anthology “Edge of Awe: Writings of the Malheur-Steens Country,” in which her writing appears alongside the work of William Kittredge and Ursula K. LeGuin.

Waterston’s also the creator of the Waterston Desert Writing Prize, created to honor excellence in literary writing about the desert landscape; the sixth annual award ceremony will take place Sept. 10 via a Zoom event hosted by the prize board and the High Desert Museum. The museum also hosted Waterston’s virtual presentation Wednesday of her latest book, “Walking the High Desert: Encounters with Rural America along the Oregon Desert Trail, which the University of Washington Press will publish Monday.

Waterston’s book has already landed some fans, including author Timothy Egan, who said of it, “Her sense of place, her lyrical love of this sometimes hard to love place, her balanced yet passionate dissection of the issues roiling the big land of junipers and open sky is a wonderful match for her subject. While the West is full of poets who love the land, few of them are as intellectually nimble as Waterston.”

Waterston was driving through the High Desert from Post, the geographic center of Oregon, back to Bend on Monday when she spoke to GO! by phone about her experiences with the desert.

“I was the bride that went West,” Waterston said. “I married a fellow New Englander, and we first crashed in Montana, and then in the High Desert — the South Fork of the Crooked River. We were 40 miles of dirt road off of Highway 20. In those days, it was all dirt.”

Her former home as being a couple of hours away from groceries and other amenities, she and her then-husband and children migrated closer to Prineville as their kids reached school age.

Though she eventually made her way to Bend, Waterston has remained an ardent fan of the desert.

“It’s been a long time, this time in the desert,” she said. “I absolutely adore the desert. It continues to surprise me all the time, only because, and I tell you in the book, it’s an acquired taste, in a way. Lots of people might drive through portions of Central or Southeast Oregon and think, man, they can’t get through it fast enough.”

But listen to the lyrical way she describes desert valleys, mountains, rivers and canyons, and you might want to plan a visit yourself.

“You discover these valleys such as the South Fork of the Owyhee River — they feel like a secret,” she said. “The desert lilies that pop up in the most random places feel like some sort of miracle. And the longer you hang around, whether it’s the driest areas or places such as the Malheur National Wildlife Refuge, it’s crazy. Pelicans in the High Desert.”

In the book, Waterston constructs a linked, nonfiction narrative inspired by the 750-mile Oregon Desert Trail, which wends its way — depending at which end one starts — from the Oregon Badlands Wilderness east of Bend to the southeast corner of the state, and back north to its other terminus at Lake Owyhee in Eastern Oregon, near the Idaho border. Along the way, it passes areas such as Summer Lake, Steens Mountain, the Owyhee Canyonlands and other dry-side landmarks.

For planning purposes, the Bend-based Oregon Natural Desert Association, which created the trail, has divided the trail into four regions and 25 sections about 20 to 40 miles in length.

Waterston has not done a thru-hike on the trail, which requires much in the way of planning, but she has hiked it in sections.

“I think (that) is probably more typical of how people will approach the trail,” she said. “As a thru-hike, you have to stash your own water. It’s not a marked trail. It’s not like the Pacific Crest Trail or Appalachian Trail.”

When the idea of a book about the trail, which is less than a decade old, came up, “I was intrigued. … and it was an excuse to get back out in the desert and poke around on sections of the trail,” Waterston said. “Having ranched, it was clear that the way the trail was laid out it was trying to stay on public lands, and I thought, well, that’s an interesting opportunity to talk about land-use issues.

“It was going to be fairly straightforward until the Bundy takeover,” she said, referring to the armed occupation of Malheur Wildlife refuge in January 2016. At that point, the University of Washington Press extended Waterston’s deadline, and the shape of the book changed.

“I suddenly had the ambition to address a larger audience using the desert as a sort of metaphor,” she said, adding that the trail became the connective tissue of the book.

“What has happened, and we’ll see whether it has worked, is that each chapter represents a section of the trail as it goes from Bend to the canyonlands, and each chapter calls up a different issue, which generally speaking is an issue that is national if not worldwide,” Waterston said. Among these issues are the environment, water, land use, the urban-rural divide, race, culture and more.

“That’s how it links together. So is it a travel guide? Sort of,” Waterston said. “It is pretty specific to the trail, but it’s a guide to a lot of things, and a lot of places. … I think it’s a travelogue, meditation, a memoir, it’s current events, it’s history. It’s got a lot in there. It’s sausage, fruitcake, you can decide.”