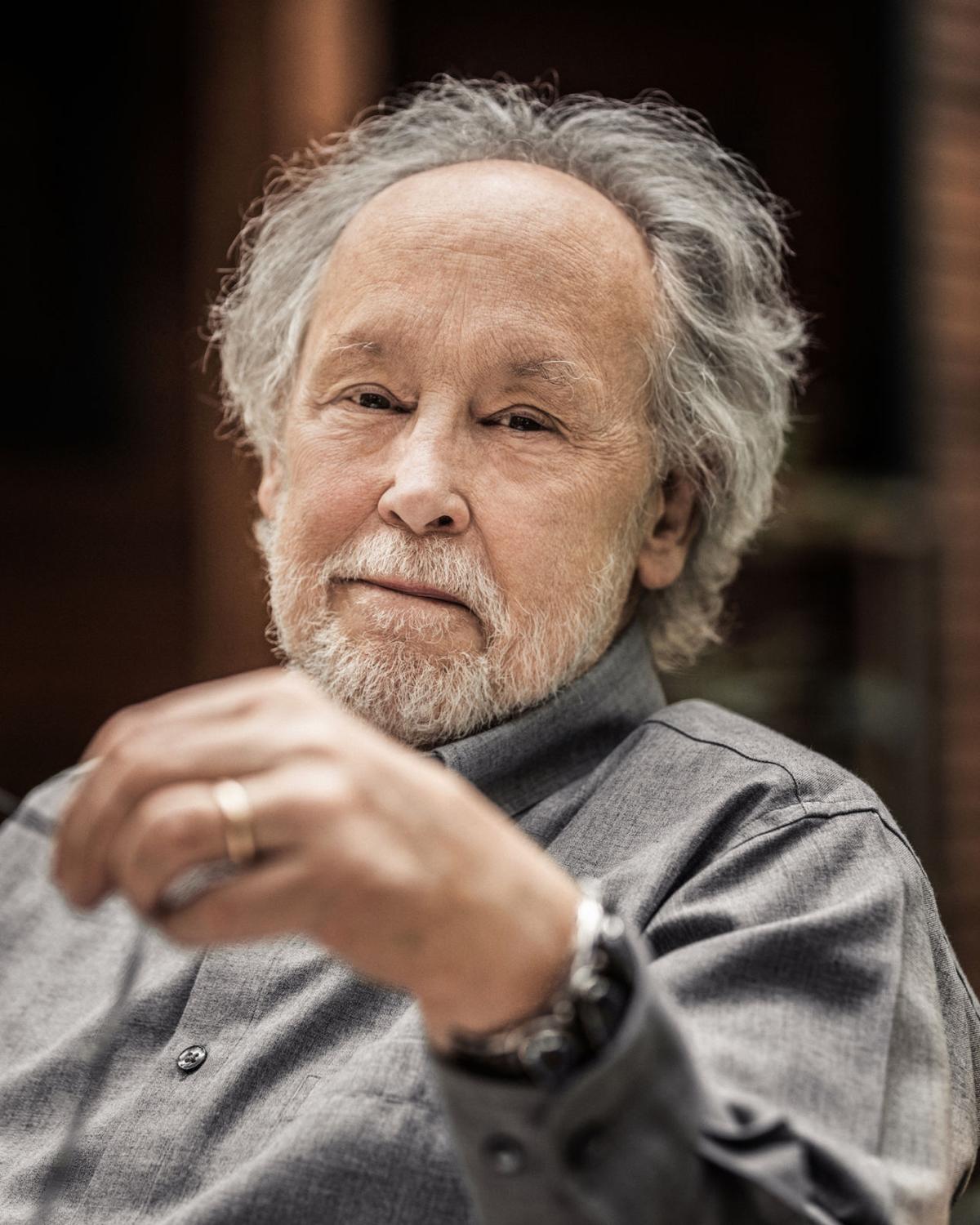 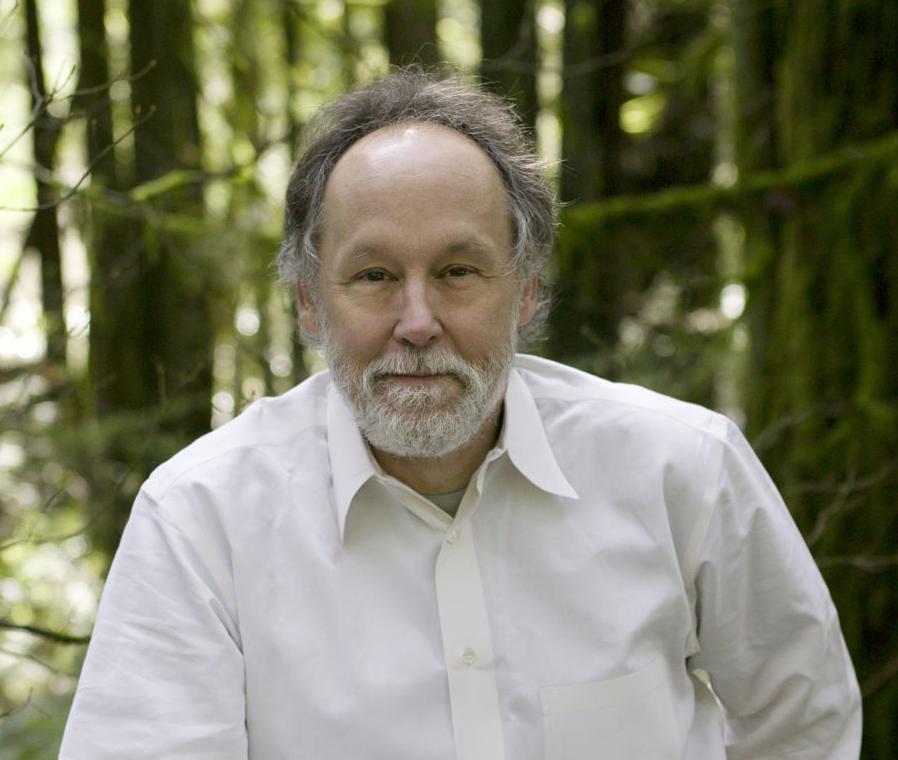 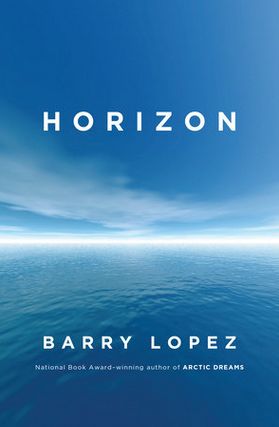 Lopez is the first of three authors appearing in this year’s series, followed in close succession by “The Orchid Thief” writer Susan Orlean (Feb. 19) and journalist Michael Pollan (March 4, sold out).

Home-court advantage, though, goes to Lopez, 75, known for both nonfiction and fiction and his travels around the globe. His 1978 book “Of Wolves and Men” was nominated for the National Book Award, and 1986’s “Arctic Dreams” earned him the prize.

While not a resident of Central Oregon, Lopez, a stage four cancer patient, is a close neighbor, having lived for the past 50 years just 60 miles west of Sisters at his home on the McKenzie River.

“I chose to live here because it was isolated and quiet,” Lopez said Friday by phone from his home. Though Lopez told Oregon Public Broadcasting last year that he neither thinks nor writes quickly, the thoughtful responses he gave GO! betrays the wise and contemplative mind of a storyteller at work.

“The great periods of stimulation in my life came when I got on a plane in Eugene and went somewhere. And when I came back I was happy to just not have people drop in, that sort of thing.”

And while it may not be growing at the velocity of Bend and Redmond, the area he calls home has changed much over the last five decades, although living on 35 acres helps buffer him from it somewhat.

“I haven’t paid very close attention to development,” he said. “My overall impression is that, since I moved here, the area has gone from being a blue collar working region of Lane County to a lot of retirement and a lot of new, expensive homes.”

Lopez has witnessed a rapidly changing world on a more macro level, too. Not just an environment in which over 12 million acres have burned in Australia, but also the very definition of what it means to be a writer. Social media is more important than social responsibility.

“To be a writer in service to society makes no sense at all to most publishers,” he said. “It’s about celebrity because celebrity sells. A year from now people who are in the news will have disappeared and some other group will be in. It’s an Andy Warhol 15 minutes of fame treadmill,” he said.

“I was 21 when I first published work in national magazines,” he added. “If I go back and look at that and come down the line 50 years, so much of what is important to me is not really relevant in the modern world. The idea of the storyteller should not be constantly in pursuit of fame and money, which was utterly foreign to me when I began, is now thought to be naive. If you’re not on social media and trying to get your name up on billboards, you’re not a writer. And unfortunately, publishing companies, which are companies that need to satisfy their shareholders have taken that same attitude.”

Throughout his global journeys, Lopez has explored the definition of storyteller whenever he’s had the opportunity to sit with indigenous people.

“I’ve probed to find out, ‘What does it mean to be a storyteller?’ ‘What is the responsibility in a social setting for the writer, for the storyteller?’” he said.

The answers he’s received are illuminating. One man in the Northwest Territories told him there is, again, a social component.

“The story has to help,” Lopez was told. “If you say that you are the storyteller and the stories that you tell don’t help, then you’re not the storyteller, even if you say are. What a great answer. I told him, ‘In our culture we have a lot of trouble with people who say they’re the storytellers and won’t let anybody up on the stage.’”

Elsewhere, in the Eastern Canadian Arctic, where the language spoken is Inuktitut, and the word for storyteller is “isumataq.”

“I would ask people who spoke Inuktitut about that word,” Lopez said. HIs translation of the definition: The isumatuq is “the person who creates the atmosphere in which wisdom reveals itself.”

“So the burden is not on the writer to be somebody smart, or important. All of that’s rubbish,” he said. “The burden on the storyteller is to recognize patterns in the society of which he or she is a part, and then render them in language. And if the writer does that well, then what we call wisdom — as opposed to cleverness or intelligence — wisdom will feel safe in the environment, so it will come out.

“The writer doesn’t own the wisdom. The writer isn’t the wise person,” he continued. “All the writer knows how to do is make a pattern in language that induces wisdom to come forth.”

In the stories that help, he said, “You always find this element of wisdom that makes you draw a short breath and think, ‘Oh. I know that. I’ve known that all my life, but I guess that I forgot.’”

The whole point of storytelling, Lopez says, is to keep people from forgetting the things that are really important, such as what you want to do in the short time that you have as a human being.{/span}

Lopez is at home playing catch-up this winter after his extensive book tour for last year’s “Horizon,” his personal look at the changing world through decades of travel to the desert, ecologically fragile islands, the Arctic and Antarctica.

“There’s a lot of work that went into the book tour and all of it associated with ‘Horizon,’” he said. “As of late last summer, I’m back here without doing much traveling at all, and it has become a time of catching up on an enormous amount of mail that I just began to set aside when I was in the final throes of editing. When I get out of bed in the morning, I think, ‘OK, if I can get 10 or 12 letters answered, that’ll get my day off to a good start.”

Lopez, who shares his home mailing address on his website, is unapologetic about his analog tendencies. He needs a computer for answering email, as people often need to hear from him right away. Nevertheless, when it comes to his work, he steadfastly writes on a typewriter.

About 30 years ago, Lopez said, he asked himself what he might lose if technology were to become part of the template through which he wrote — and ultimately decided he didn’t want to find out.

“I understand the (digital) advantages are legion, but they aren’t to me,” Lopez said. “People say, ‘If you work on a computer, you can move paragraphs,’ which I would respond, ‘But I don’t move paragraphs.’”

That’s because Barry Lopez is a storyteller.

This article is written beautifully and I know the book written by him will be more beautiful and read here how students are writing essay on this book with the help of online writer. I’ve read some of the books by him and he totally makes a person fanaticize and get into the world of dreams.