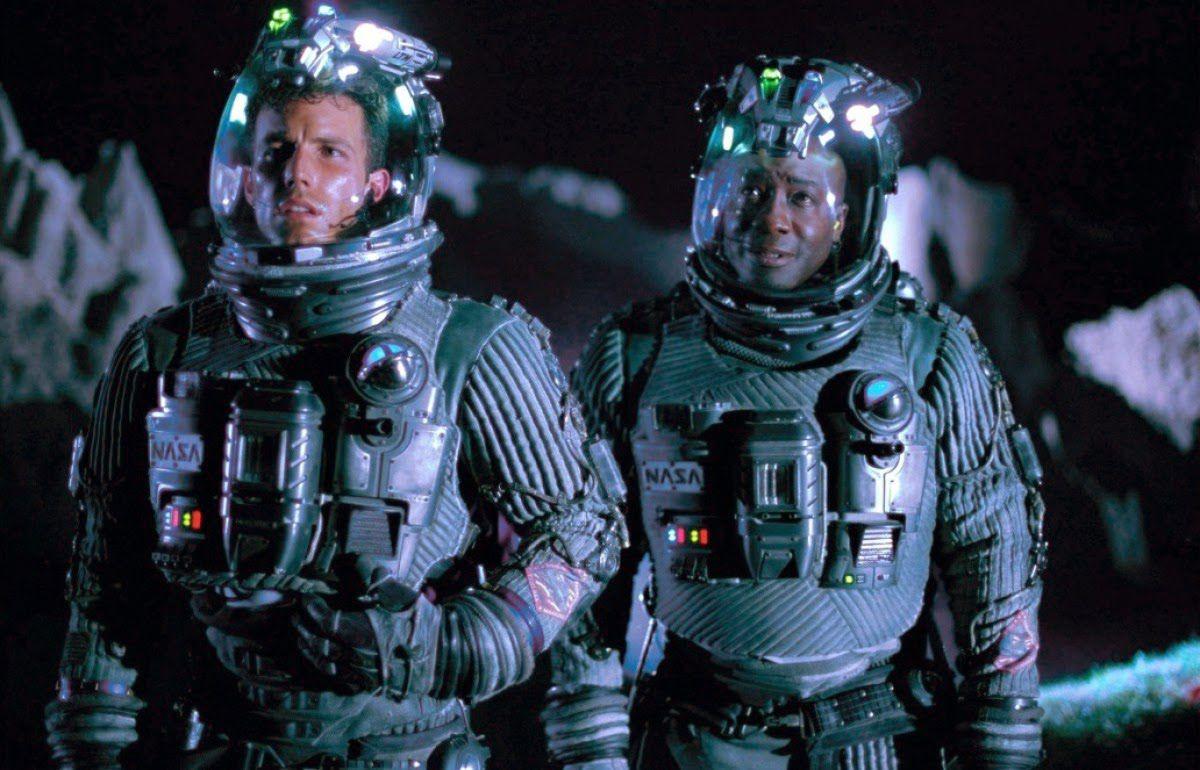 Ben Affleck and Michael Clarke Duncan in a scene from "Armageddon" (1998). 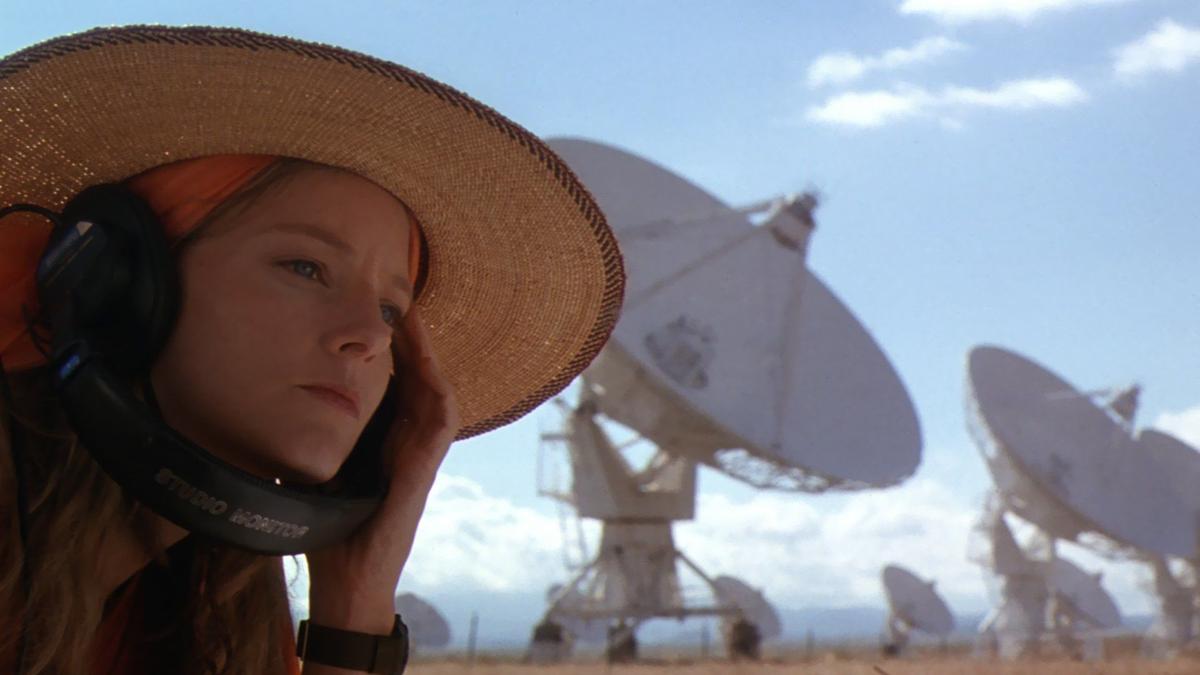 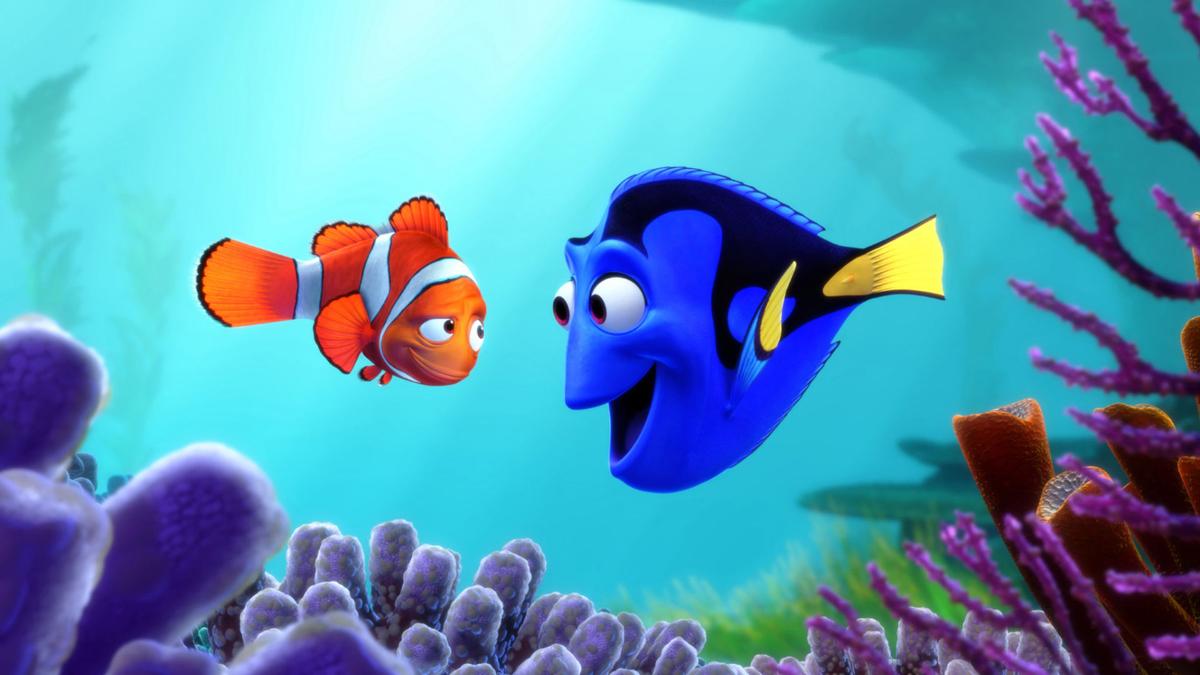 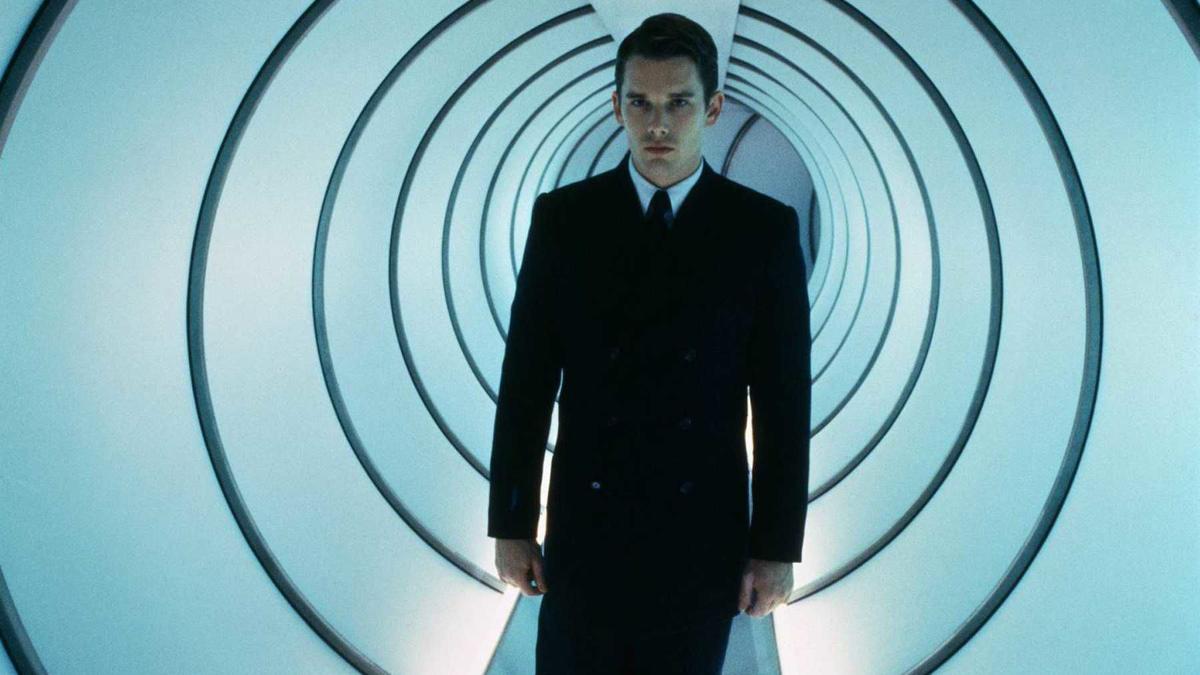 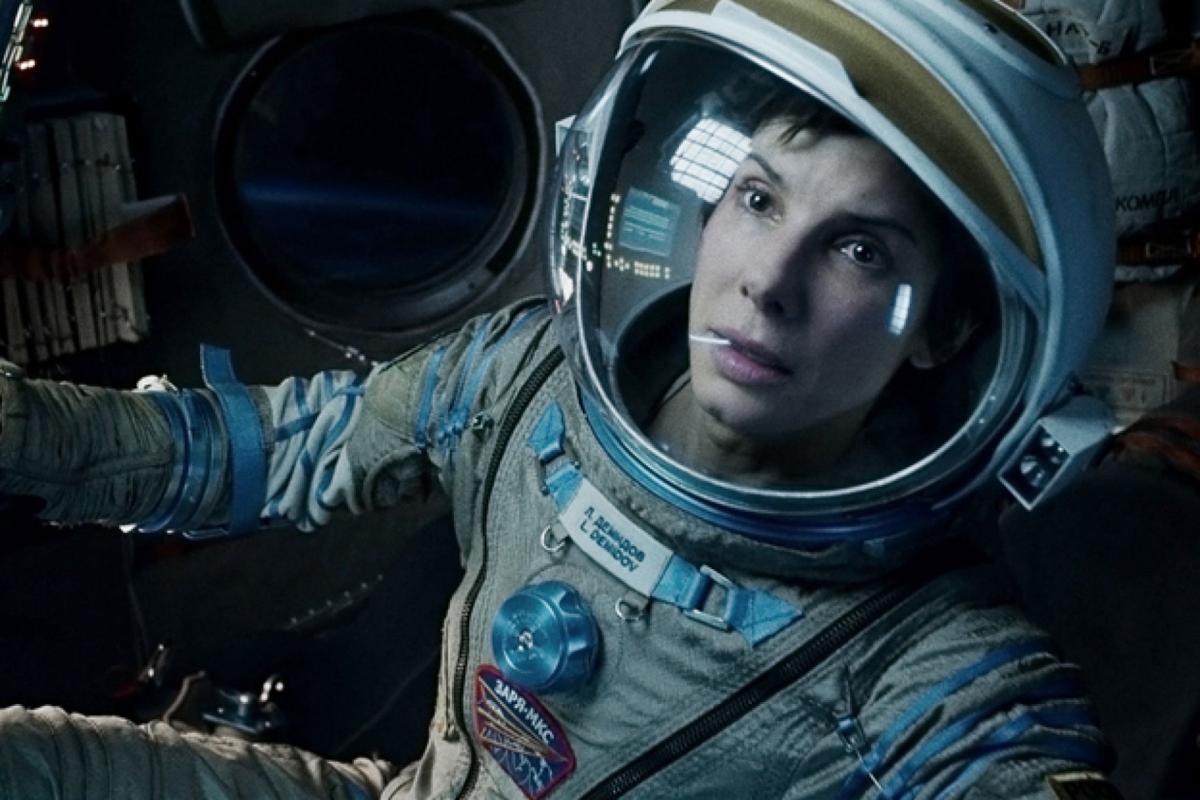 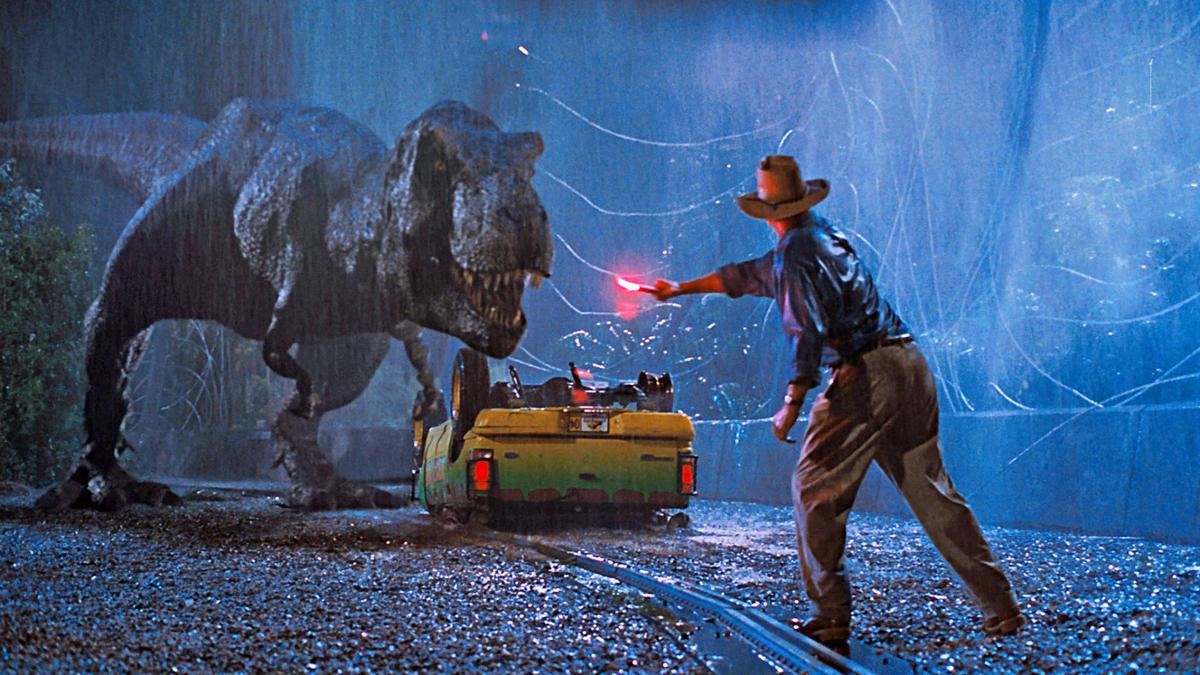 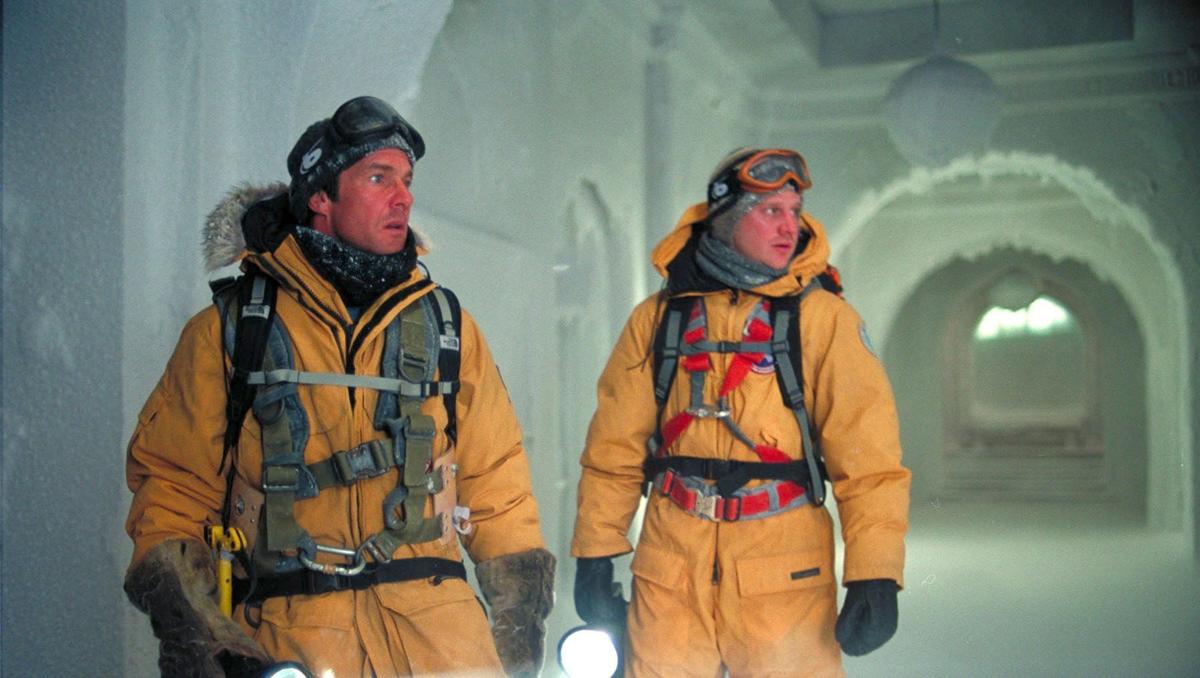 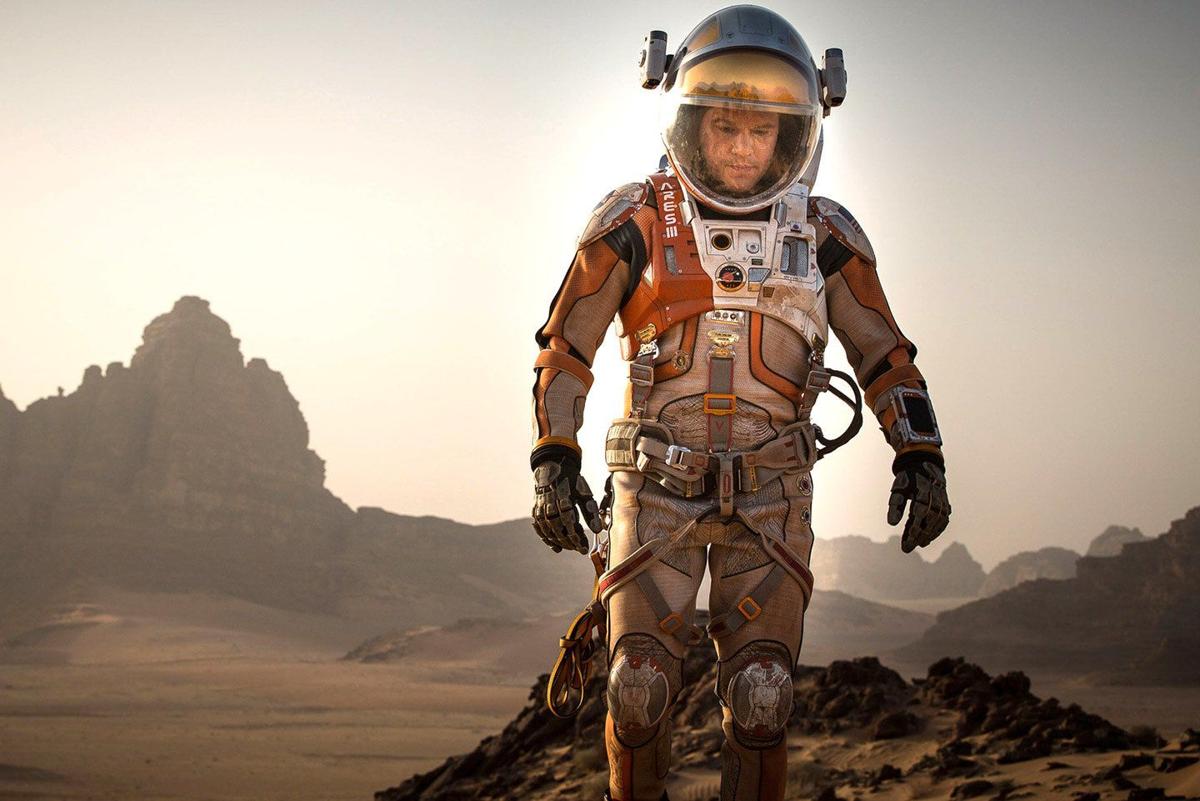 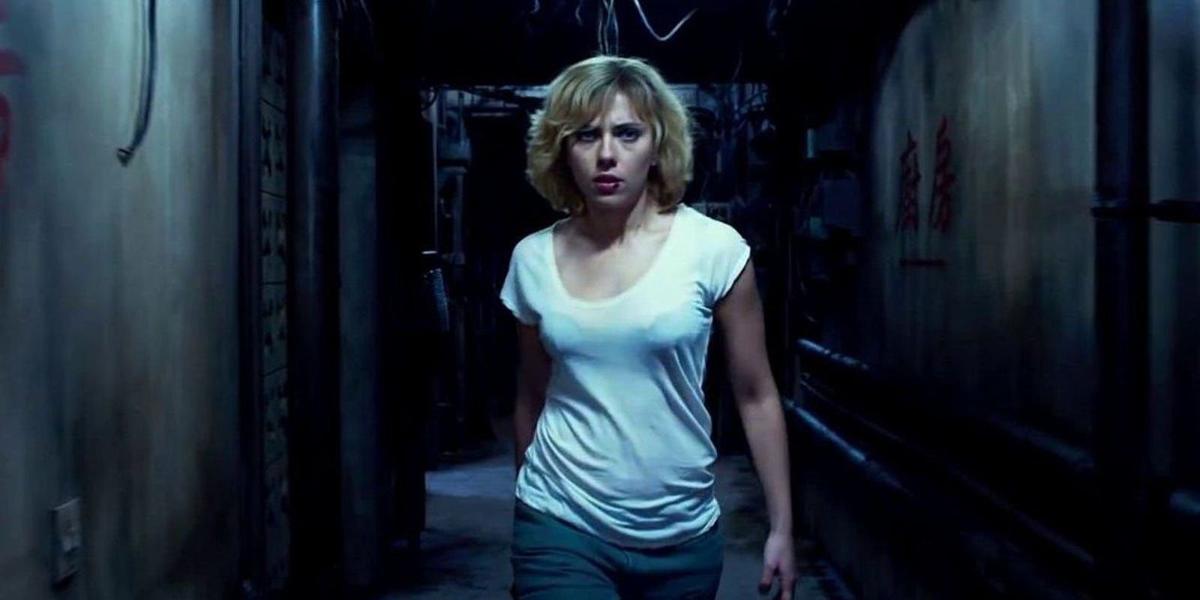 Good science fiction has always been based in truth. George Lucas borrowed from the history of World War II for the look and feel of the original Star Wars trilogy, even Mary Shelly’s “Frankenstein,” the first of the genre,* is steeped in allegory for the world she lived in.

But what about the accuracy of the science used in sci-fi? Some movies use a lot of suspension of disbelief, bad physics and downright poor research to propel their storyline forward.

While bad science in science fiction isn’t necessarily bad to watch, here are some movies that get a lot right and some that really miss the mark.

These are not documentaries and should not be treated as such. They are Hollywoodized for the sake of audience attention spans and to make things more interesting.

(*Some cite Lady Margaret Cavendish as the spark for science fiction as a genre with her 1666 novel “The Blazing World.” Bottom line, the genre was pretty much invented by women, the gender most widely underrepresented throughout the genre, but that’s another list.)

“2001: A Space Odyssey” (1968) — What is this movie about? A lot of things, and apparently according to director/writer Stanley Kubrick and co-writer Arthur C. Clarke, if you can figure it all out, they failed to do their jobs. Suffice it to say, the classic sci-fi movie is full of not only well-predicted events and ideas of the future (corporate sponsorship, commercial spaceflight) but it also did a remarkable job of staying as scientifically accurate as it could. Kubrick hired aerospace engineers to design devices in the spacecraft interiors instead of usual prop makers, and artists employed by NASA were hired to design spacesuits and capsules. The result was at first not well-received by audiences or critics but with time it found it’s place and cemented itself as one of the greatest and most accurate (scientifically speaking) films ever made. Rent it on Amazon Prime, Google Play, iTunes, Vudu and YouTube.

“Contact” (1997) — While a lot of sci-fi nerds have a lot of issues with this one — mostly due to the ending, which I personally enjoyed — “Contact” has a lot of things going for it. First and foremost, it has a female main character! She is clearly the smartest person in the room, though the dudes around her aren’t as interested in listening to her. The story follows Dr. Ellie Arroway (Jodie Foster) and her work with the Search for Extraterrestrial Intelligence (SETI) program and her discovery of a radio transmission coming from around the Vega system, which relies on a series of prime numbers to send information from beyond our solar system. The novel the film is based on took an unusual route to existence. Author and scientist Carl Sagan and Ann Druyan worked together to create a screenplay in 1979. When the original film stalled, Sagan turned it into a book, which was then made into the film after his death. The movie that was made follows Sagan’s original story well along with the science and protocols that exist in real life. Rent it on Amazon Prime, Google Play, iTunes, Vudu and YouTube.

“Gattaca” (1997) — The film starring Ethan Hawke, Jude Law and Uma Thurman is a staple in many science classrooms when discussing the subject of genetics. Following the idea that in the near future, parents can choose the genetic makeup of their children, making them more attractive, intelligent, faster, stronger, etc., it becomes more common for children to be conceived this way rather than the old-fashioned route. For the few who are conceived through traditional means, they are looked on as second-class citizens, struggling with diseases or other ailments that would never occur in humans whose genetics have been chosen for them. The movie sparks a great debate between science and nature, and prejudices based on DNA. Stream it on Crackle, Tubi or CBS All Access or rent it from Amazon Prime, Google Play, Vudu or YouTube.

“Finding Nemo” (2003) — Yes, it may be surprising to see the heart-tugging animated movie about a fish is one of the more accurate films, but here it is. Ignoring the truth about real clownfish’s ability to switch between using their male or female reproductive traits based on whether the dominant female in the community should die, the rest of the film depicts an unusually high accuracy when it comes to most marine biology and ecology. Fish do travel along the East Australian Current as described in the movie (though not as fast), and clownfish do live in sea anemones (at least the species depicted does), then there are the more subtle accuracies like the rows of shark’s teeth, fish communications, even nods to poaching. The heartwarming story surrounds the incredible journey of clownfish Marlin and his search for his son Nemo, who has been scooped up by a diver and taken to Sydney. With the help of a forgetful blue tang fish named Dory, they’ll go on the adventure of their lives to find Nemo. Stream it on Disney Plus or rent it from Amazon Prime, Google Play, iTunes, Vudu and YouTube.

“The Martian” (2015) — The inciting incident of the film, a major storm that leaves scientist Mark Watney (played by the always steady Matt Damon) behind on Mars, isn’t actually possible in real life, and there are a few liberties taken for the sake of drama and aesthetics. But a lot of film’s use of science is sound. Screenwriter and original novelist Andy Weir took great care to research the ins and outs of orbital mechanics, Martian conditions, spaceflight and botany. The film is a basic survival/rescue story that is well told and compelling throughout as NASA and the Chinese space program work together (what a concept!) to bring the lost astronaut home. Plus there are some great lines including Whatney’s “I’m going to science the s--t outta this.” Stream it on Hulu (with Live TV subscription) or rent it from Amazon Prime, Google Play, iTunes, Vudu or YouTube.

“Armageddon” (1998) — If you split an asteroid or giant meteorite in two, you will just have two of them to hit the earth. They won’t conveniently split and go around it. It’s also not a great movie.

“The Day After Tomorrow” (2004) — Arguably one of the most inaccurate depiction of the laws of thermodynamics and just a bad movie in general, “The Day After Tomorrow” ignores so many facts for the sake of drama it’s hard to list them all here. One of the main points is that the great freeze and sudden glaciation of the planet comes from a discovery on the part of paleoclimatologist Jack Hall (Dennis Quaid) that the Atlantic meridional overturning circulation current, which brings warm air from the equatorial tropics, has failed and this will cause another ice age. While the current is now known to be slowing down, and the climate of Western Europe will be drastically affected by it, it’s going to take around 400 years for that to happen. What follows in the film is even more egregious: Giant and impossible storms across the planet aid in triggering the ice age, ice sheets in Greenland melt suddenly and ocean levels rise at a laughable level. Then when the ice does form, the oceans don’t then recede as normal physics dictates.

“Gravity” (2013) — Between implausible events and just poor research, “Gravity” sinks into the worst category in terms of how it uses the science it’s trying to depict. For one, George Clooney is meant to be playing an incredibly adept astronaut, but the way he is portrayed as a braggart who showboats and takes a series of unnecessary risks while out on spacewalks. But the biggest problem comes with a spoiler and how space works. You’ve been warned. George Clooney didn’t have to die. Not even close to it. When he and Sandra Bullock are tethered, he decides to sacrifice himself and let go, floating off into the abyss. Well, that’s not how space works. You can’t just let go of something and expect to be flung off into oblivion without being pushed by something. Plus all that Sandra Bullock needed to do was give the rope a slight tug and good ol’ George would come sailing back up to her.

“Jurassic Park” (1993) — I will forever love this film no matter what. It’s great and it holds up story-wise and effects-wise. I’m not getting into its physical interpretations of some of the dinosaurs within it as it used the information they had available to them at the time. Here’s the main thing the movie got wrong though: You really can’t get the blood from a fossilized mosquito to give you the DNA patterns needed to replicate a dinosaur. The DNA would be destroyed after about 6 million years, and since the dinos they re-created lived something between 100-200 million years ago, it seems impossible to clone the creatures.

“Lucy” (2013) — The entire premise is based on the old saying that humans only use about 10 percent of their brain capacity and what would happen if someone could access 100% of that power. Well, it’s wrong from the get-go. Humans use 100% of their brain. Apparently, writer-director Luc Besson knew this and went for it anyway. That didn’t make any difference — the movie is still a stinker.