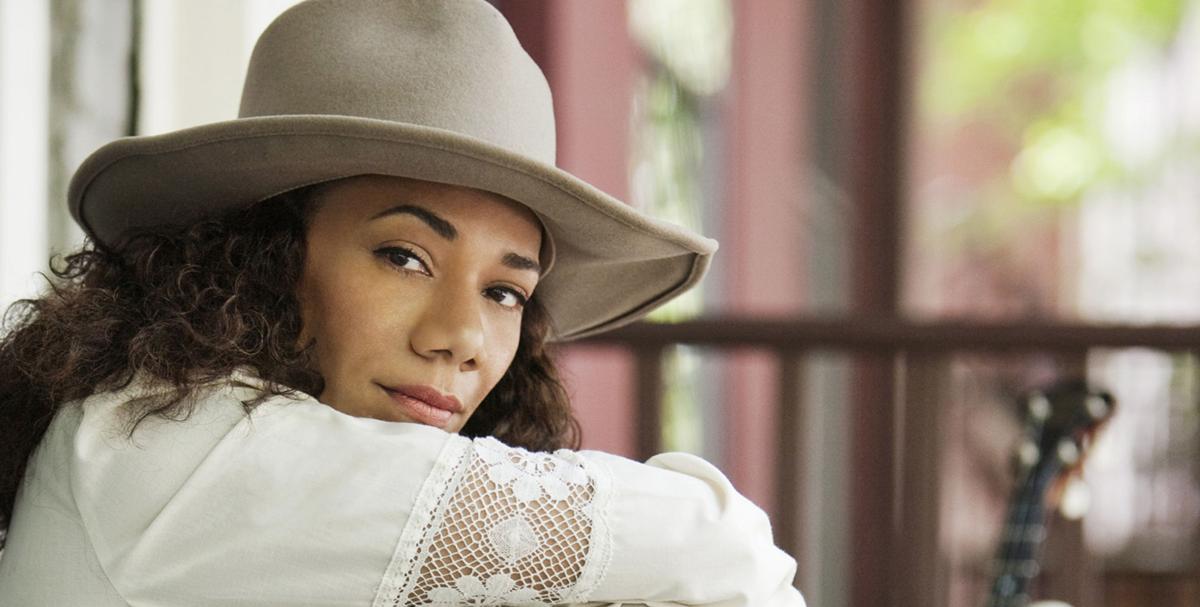 African-American and Native American singer-songwriter Martha Redbone will bring "Bone Hill: The Concert" to the Tower Theatre on Thursday. The show traces Redbone's family history back through four generations living in the Appalachian hills in Kentucky. 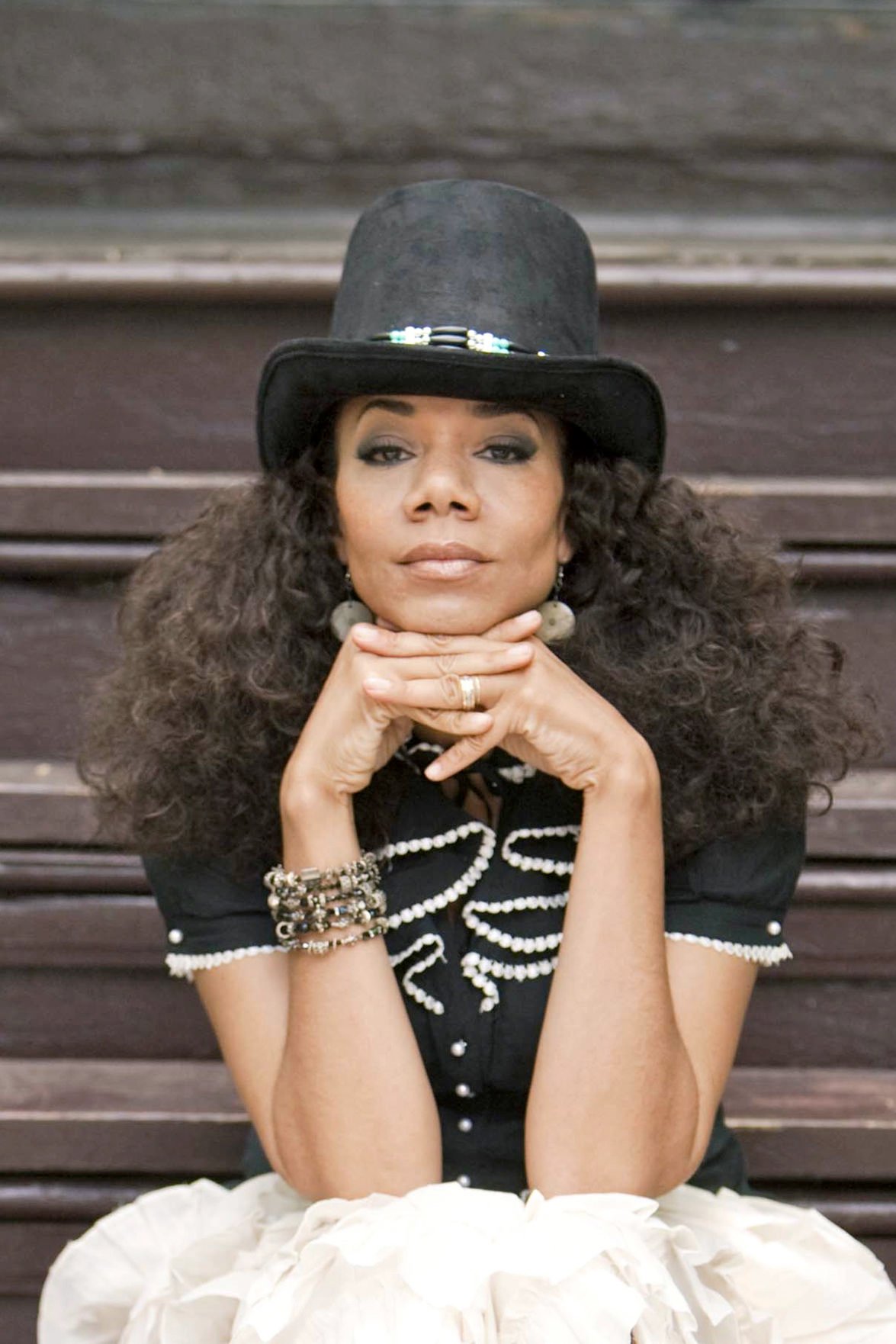 Americana/roots singer-songwriter Martha Redbone will perform “Bone Hill: The Concert” with an eight-piece group at the Tower Theatre on Thursday.

African-American and Native American singer-songwriter Martha Redbone will bring "Bone Hill: The Concert" to the Tower Theatre on Thursday. The show traces Redbone's family history back through four generations living in the Appalachian hills in Kentucky.

Americana/roots singer-songwriter Martha Redbone will perform “Bone Hill: The Concert” with an eight-piece group at the Tower Theatre on Thursday.

There’s a striking quote from a video interview with writer, singer and actress Martha Redbone featured on the promotional website for her latest project, “Bone Hill: The Concert”:

“As an African-American and Native American woman, I’ve experienced inequality my entire life of falling in between the cracks: not being Native enough, not being black enough.”

Many people of a mixed background can probably relate to this idea of not being “enough” of one thing or another. Living between cultures, not 100% one or the other, mixed-race kids often feel like they don’t know where they fit and will often find solace with other mixed-race kids.

“We all find each other in that way,” Redbone said recently while sitting in an Irish pub in New York City. Redbone will bring “Bone Hill,” a musical and theatrical performance about her family’s history in Harlan County, Kentucky, featuring an eight-piece band including multiple singers, to the Tower Theatre on Thursday.

“When I was younger, it was like almost torture for me because I was looking for acceptance,” she continued. “And now that I’m older, I don’t give a s—- about what they think. I don’t care; I really don’t care. But we’ve all grown up with that — not being this enough, not being that enough — and it is frustrating to have to deal with this dilemma.”

Now Redbone is helping her 11-year-old son navigate these feelings.

Motherhood, in part, inspired Redbone to go back to her family history with “Bone Hill.” The concert features Redbone playing the roles of four generations of Cherokee women living in the hills of Appalachia. She described it as a “one-woman show with a band,” with the songs spanning Southeastern tribes music, traditional Appalachian music, blues, gospel, rock ’n’ roll, rockabilly, soul, R&B and more.

“When I became a mom — I waited a long time to become a mom, because being a touring musician we’re always worried about, ‘You’re as good as your next gig,’ you know?” Redbone said. “Once I became a mom, the family story became more important than ever because I’m starting now to look at life through the eyes of children — of our child, and what he’s gonna carry forward.”

For Redbone, who was raised by her grandparents in a coal mining town in the Appalachian hills, the stories of her relatives were very much living history while she was growing up. She learned more about the geographical context of their stories while putting the show together with help from her husband and longtime creative partner, Aaron Whitby.

“I guess (it) gave me the sense of really wanting to stay connected, because now I live in New York City, which is a long way away from there,” Redbone said. “But the importance of that region, and also having ancestors who were originally from that region and then forced removed, via the Trail of Tears, to Oklahoma, and then those ancestors who came back to our region. There were a lot of questions about that that I had always had, and through our research and discovery I was able to unfold some of them.”

In performing this history for audiences, Redbone found people not only relating to it, but becoming inspired to look at their own heritage.

“People are watching this and thinking about their own families and how their own families came to live in America and what that story is,” she said. “And the whole idea behind it was for each of us to realize and recognize the value in each of our individual stories and how important that is to pass it on to our kids and our grandchildren and so on.”

Redbone started singing at an early age, inspired by the many different cultures and music styles she was exposed to as a kid — her background includes Cherokee, Choctaw, European and African-American ancestry. Her music career took off with her 2004 album “Skintalk,” and later, the John McEuen-produced, 2012 set “The Garden of Love — Songs of William Blake,” which set the titular English poet’s words to music.

Along with writing and touring “Bone Hill,” which began previews in 2017 and has toured the country since, Redbone last year composed new music for an off-Broadway revival of playwright Ntozake Shange’s 1976 piece “For Colored Girls Who Have Considered Suicide/When the Rainbow is Enuf.” The play, arranged as a series of 20 poems choreographed to music (or a “choreopoem”), features the experiences and stories of African-American women who have suffered through oppression, racism and sexism in American society.

These themes, as well as the themes in “Bone Hill: The Concert,” seem particularly poignant today. To tackle these issues, Redbone advocates starting with small steps, such as becoming more involved in communities.

“I remember being a kid and thinking, when I think of people who vote, it was always old people going to the post office to vote,” Redbone said. “It was just not something that young people thought that we should do, or something that young people didn’t feel was important. It was almost as if we just assumed that things would be taken care of and that we didn’t have to have a citizen responsibility to be involved in the decision-making of our areas, of our communities. ... These are all decisions that all of us as citizens and human beings should have some thought to what we want and what kind of world we want to make for our families or even for ourselves.”