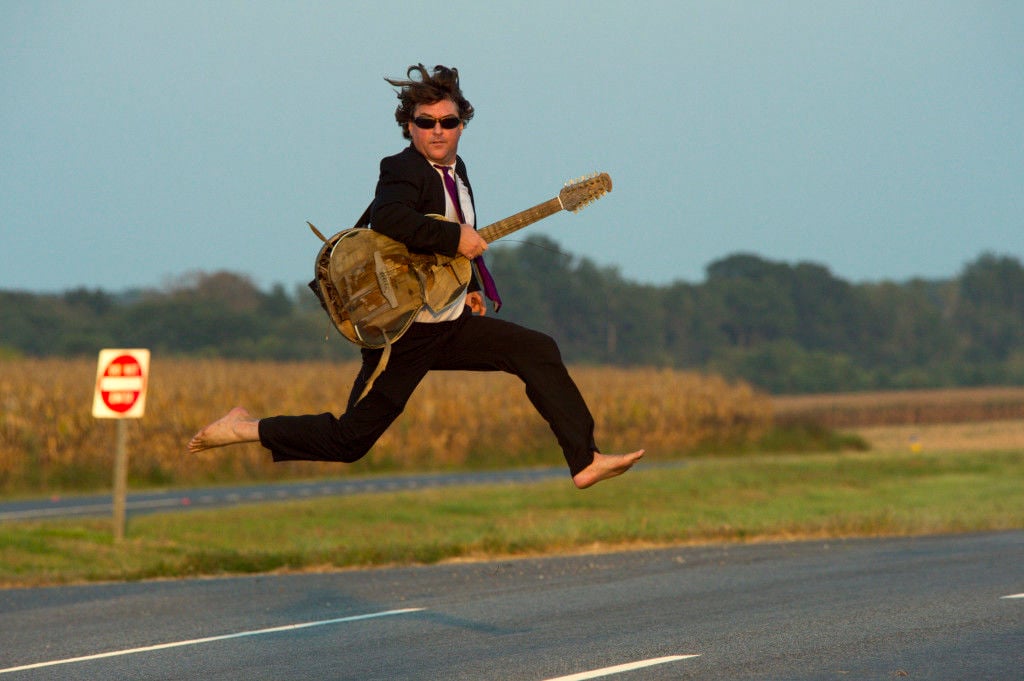 Keller Williams and The HillBenders will perform bluegrass versions of Tom Petty hits at the Tower Theatre on Sunday. (Taylor Crothers/Submitted photo) 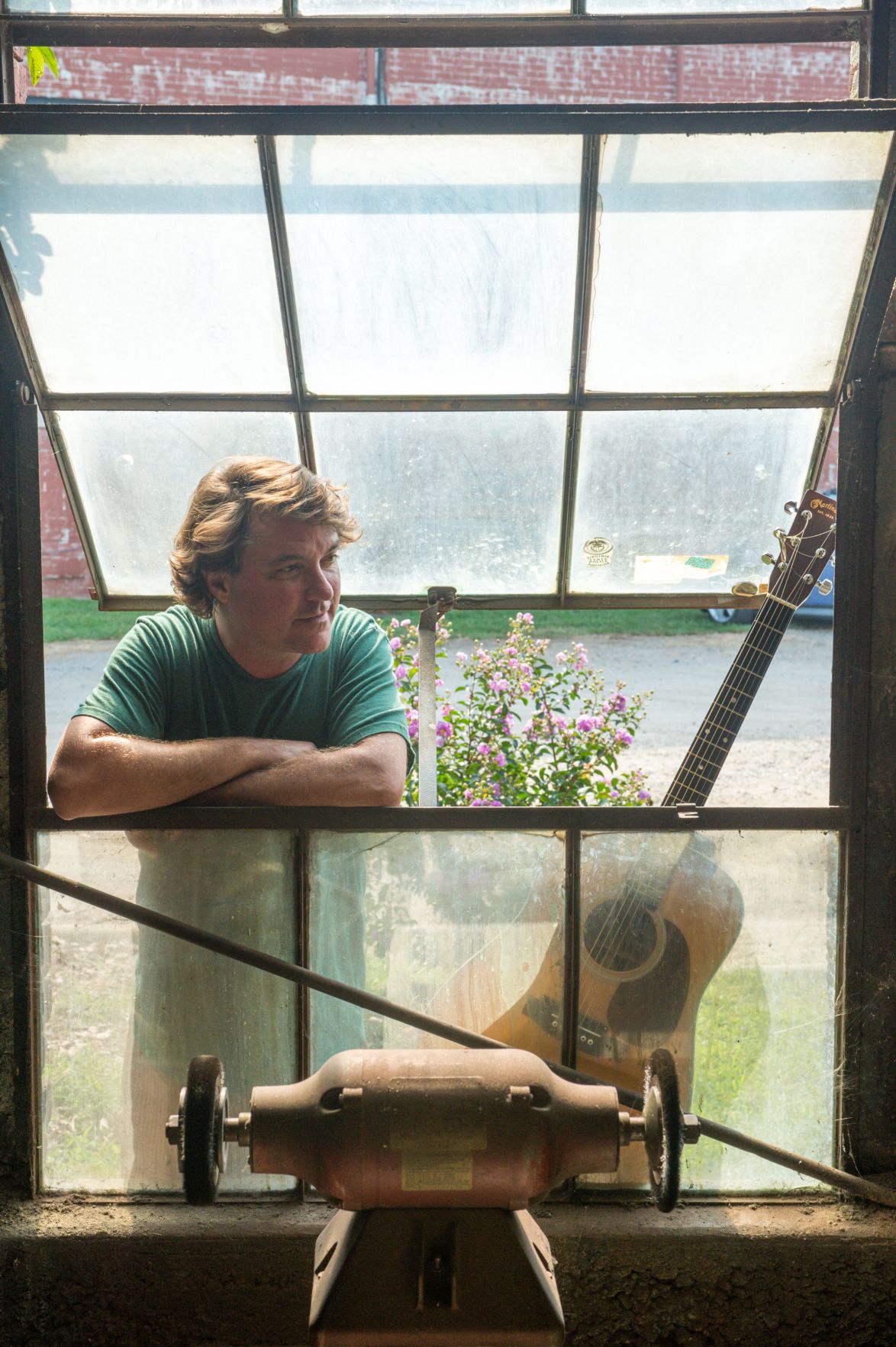 Guitarist, songwriter and looping pioneer Keller Williams will bring his bluegrass-meets-Tom Petty tribute, PettyGrass, a collaboration with The HillBenders, to the Tower Theatre on Sunday. (Taylor Crothers/Submitted photo)

Keller Williams and The HillBenders will perform bluegrass versions of Tom Petty hits at the Tower Theatre on Sunday. (Taylor Crothers/Submitted photo)

Guitarist, songwriter and looping pioneer Keller Williams will bring his bluegrass-meets-Tom Petty tribute, PettyGrass, a collaboration with The HillBenders, to the Tower Theatre on Sunday. (Taylor Crothers/Submitted photo)

The word came up with just about every topic the guitarist, singer, songwriter and looping pioneer tackled during a recent interview. His PettyGrass project with bluegrass band The HillBenders, in which they re-imagine Tom Petty songs as double-time bluegrass tracks, is “nothing but 100 percent fun.” “Speed,” his upcoming album with The Keels — his third such collaboration with the duo, and second studio album to be released this year following “Add” — is “just an excuse to hang out with them, really.”

“I don’t know if you’ve noticed,” he said, “but I take having fun very, very seriously.”

So that’s an easy answer for what to expect when Williams and Missouri five-piece The HillBenders bring PettyGrass to the Tower Theatre on Sunday. The show will be Williams’ first appearance in Bend in more than a decade, though the city used to be a near-annual stop for Williams.

Williams, who released his first solo album, “Freek,” in 1994 and developed a strong following on the jam-band scene with his self-described “jazz-funk-reggae-electronica-grass” sound, has struck on a perfect balance in his touring life — literally. He tours for 3½ days per week and his home the other 3½ days, heading out Thursdays and returning to his home in Fredricksburg, Virginia, on Sundays — which partially explains his scarcity in Central Oregon.

“I’m very, very grateful to be able to pull that off,” he said (he was at home on his 3½-day break when he chatted with GO! Magazine). “… I guess doing the weekend things, the Pacific Northwest is pretty much reserved for Seattle, Portland, sometimes Eugene, sometimes Bellingham depending on what’s happening.”

This weekend’s Northwest run is dedicated to PettyGrass. The project came about in 2015 when Williams teamed with longtime producer and collaborator Jeff Covert and Dobro player Jay Starling to play a benefit show for the Society for the Prevention of Cruelty to Animals in Fredericksburg. Initially, it was just that show.

“I pitched it a few places and never really got any response — and that was around 2016 that I was pitching it — and then once there wasn’t really any response, then I just kind of moved on,” Williams said. “And The HillBenders have really a lot to do with the reason this project’s happening. I had to be persuaded and I’m glad I was.”

When Petty died in October 2017, Williams posted to SoundCloud some old phone demos of him, Covert and Starling working out their bluegrass versions of Petty’s songs such as “Running Down a Dream” and “You Don’t Know How it Feels.” The feel is similar to what Williams has been doing with The HillBenders on the road — faithful melodies with double-time instrumentals and added harmonies.

“The best part about the project was just the sing-along aspect of it and how these songs are so ingrained in history,” Williams said. “A lot of times you’ll hear a song and just forgot that you knew every single world. (Petty is) one of those types of songwriters that has that type of material that people can really just sing along to not having heard it in years. And to have a whole room sing the same song at the same time is a very positive thing.”

His next project, the aforementioned “Speed” album, is similar in nature. As with his previous two collaborations with The Keels — husband-and-wife duo Larry (guitar) and Jenny (bass) Keel — the album will feature string-band takes on popular songs, including Weezer’s “Island in the Sun” and “Hash Pipe,” Fiona Apple’s “Criminal” and Tim Bluhm’s (of The Mother Hips) “Little Too Late” and “Do it on the Strings.”

These two projects could be seen as victory laps after a busy, three-album stretch that saw Williams expanding his already wide musical palette. “Raw,” released in 2017, stripped the songs back to just Williams and an acoustic guitar; last year’s “Sans” was his first instrumental album; and “Add,” a spiritual partner of sorts to “Sans,” introduced some electronic elements.

“Add” also builds on Williams’ catalog of storytelling songs with “Impeding the Hunt,” a true story about how Williams chased off some hunters by blasting the theme song for the “Sesame Street” segment, “Elmo’s World” (he sings the lyrics as the song’s punchline).

“I can’t really make any of that up, really,” he said. “There’s definitely some character building that I do, but the guys in the boat blasting 12 gauges before the sun comes up, that happened. Me playing music and them dancing to it, that happened. And the Elmo at 110 db across the wilderness, that totally happened and drove them away, and made them very upset.”

While he has plenty of collaborations to focus on now — PettyGrass, The Keels, Grateful Grass, his past work with The Traveling McCourys and String Cheese Incident, to name a few — music fans probably still remember him for his solo shows. He was one of the first touring artists to use looping technology to play back guitar parts, percussion and other bits live to fill out his sound, an approach that has been furthered by artists such as Zach Deputy, Ed Sheeran and (closer to home) Tony Smiley.

“Back in the day when I started doing it, I was using gear that was discontinued,” Williams said. “I always had to go on eBay and send (my looping devices) off to special little basement repair shops in some other time zone. But I think it’s really cool; I think people are having a great time with it.”

What: Keller Williams and The HillBenders

GO! listen to Keller Williams and The HillBenders’ PettyGrass: https://soundcloud.com/kellerwilliams/sets/keller-williams-pettygrass-ft-the-hillbenders