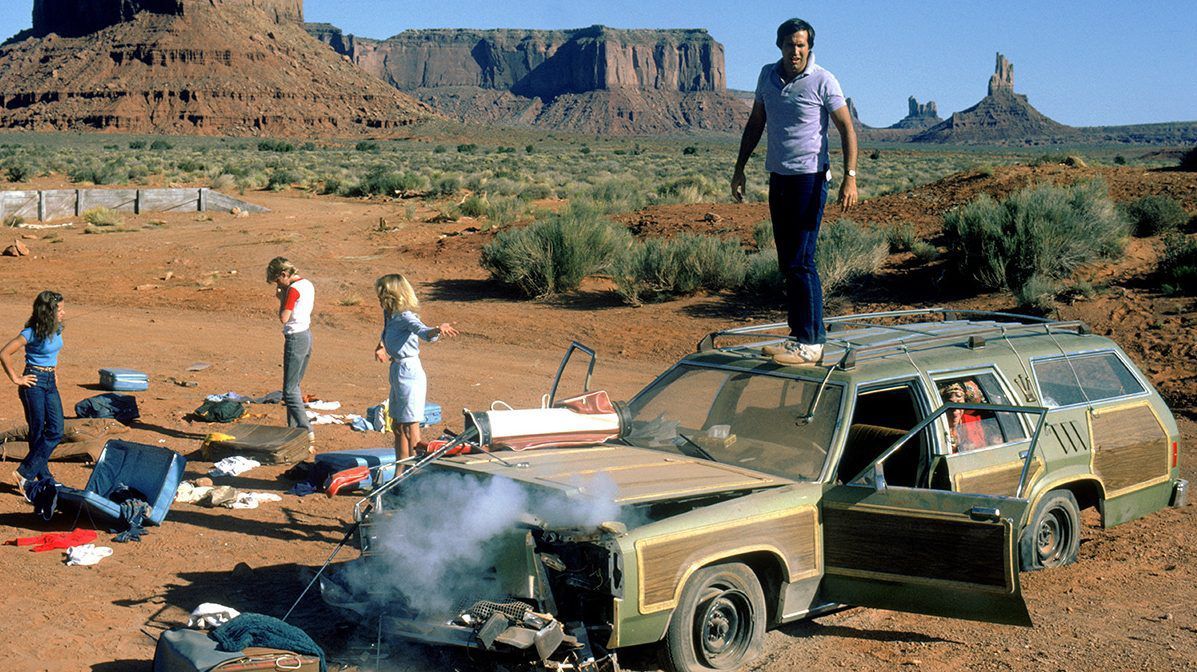 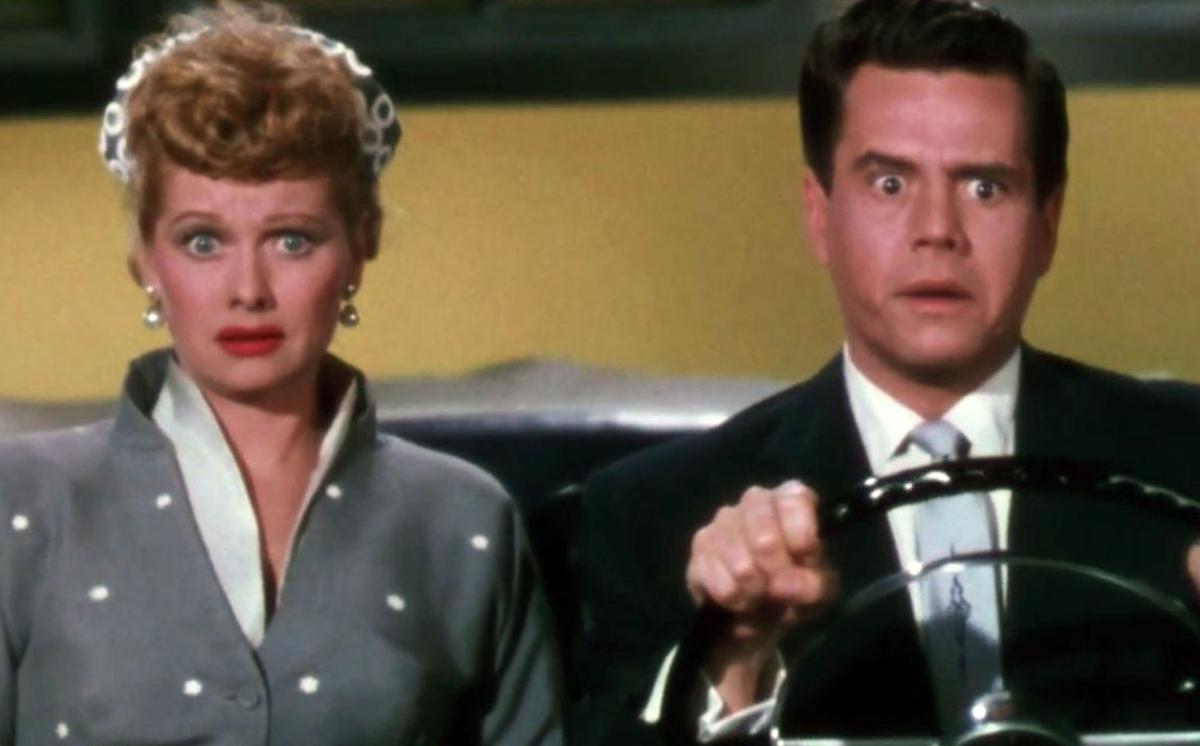 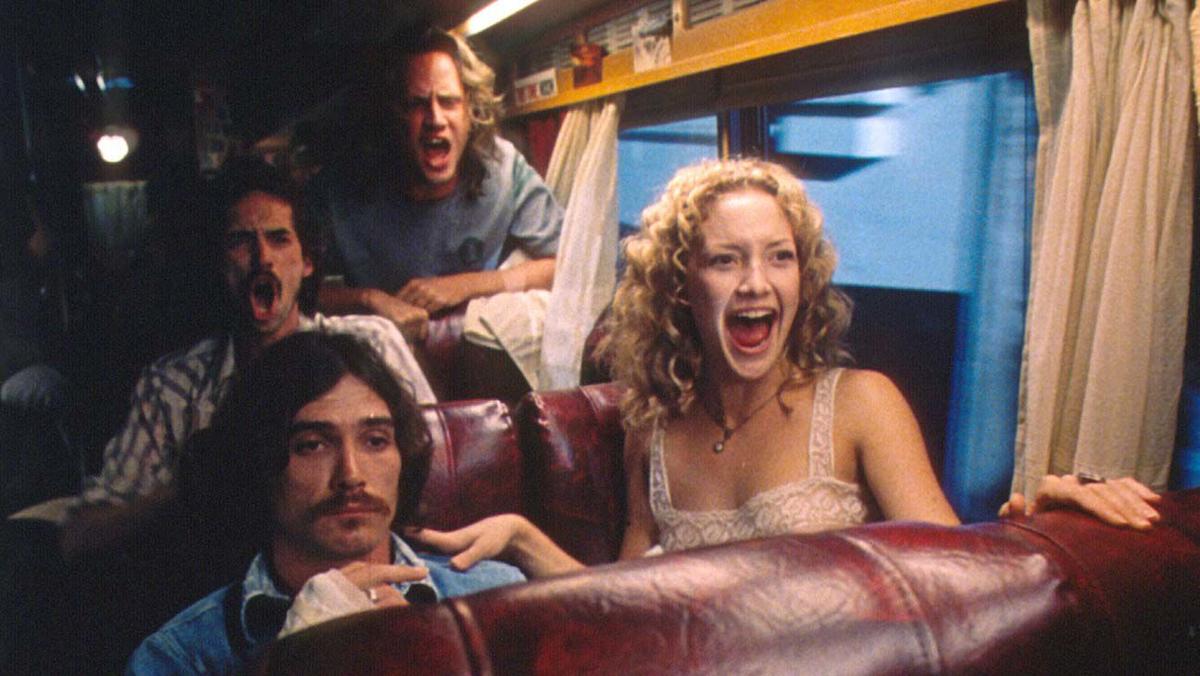 From left: (back) Noah Taylor, Mark Kozelek, (front) Billy Crudup and Kate Hudson in a scene from “Almost Famous.” 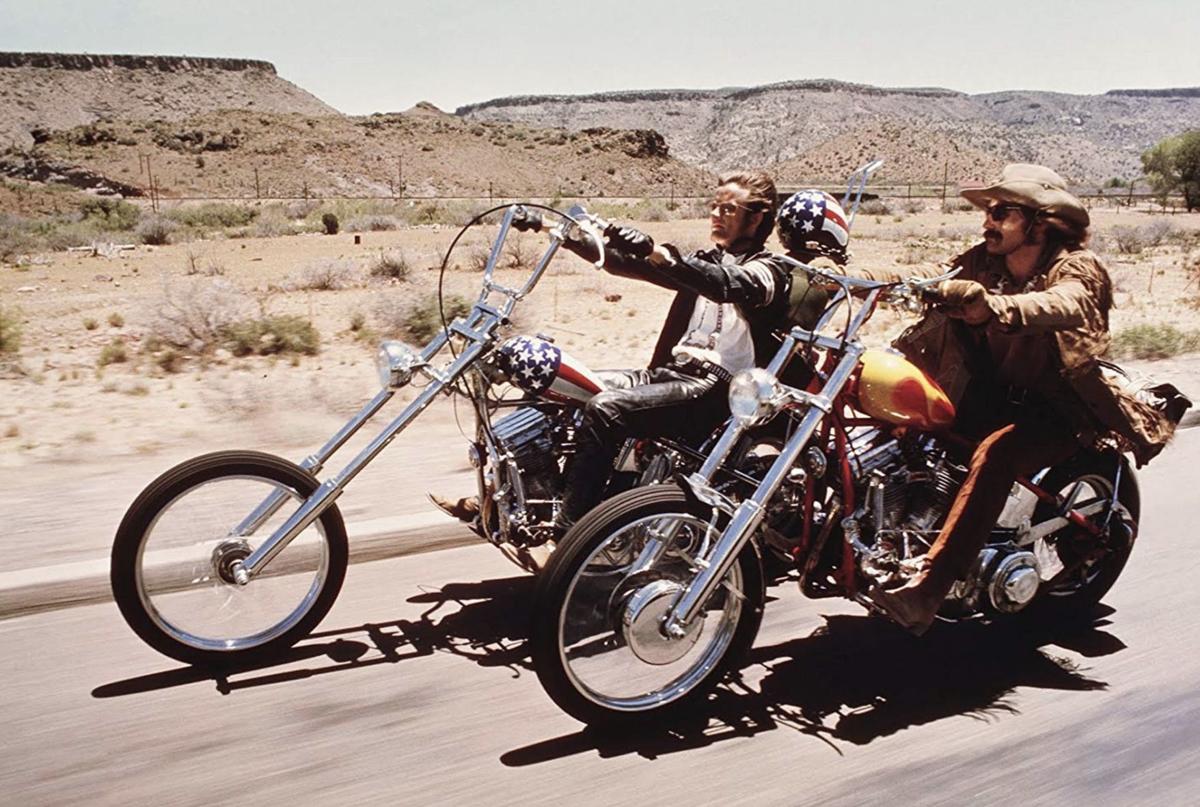 Patrick Stewart, left, and Hugh Jackman in a scene from "Logan" (2017) 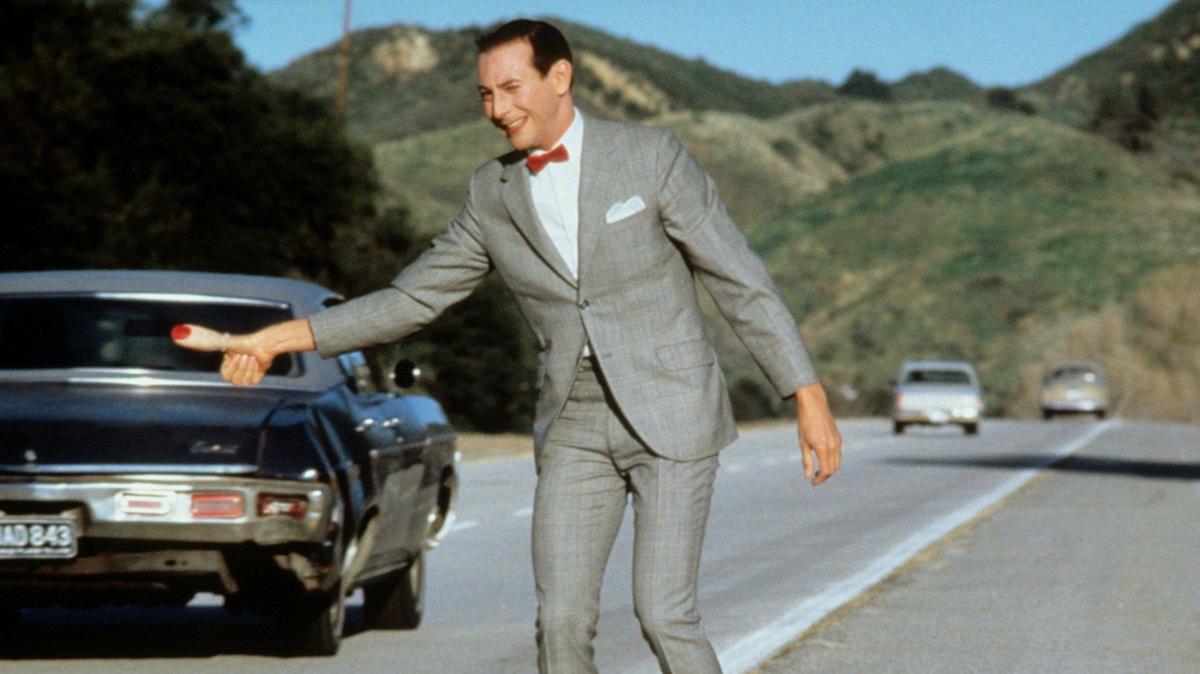 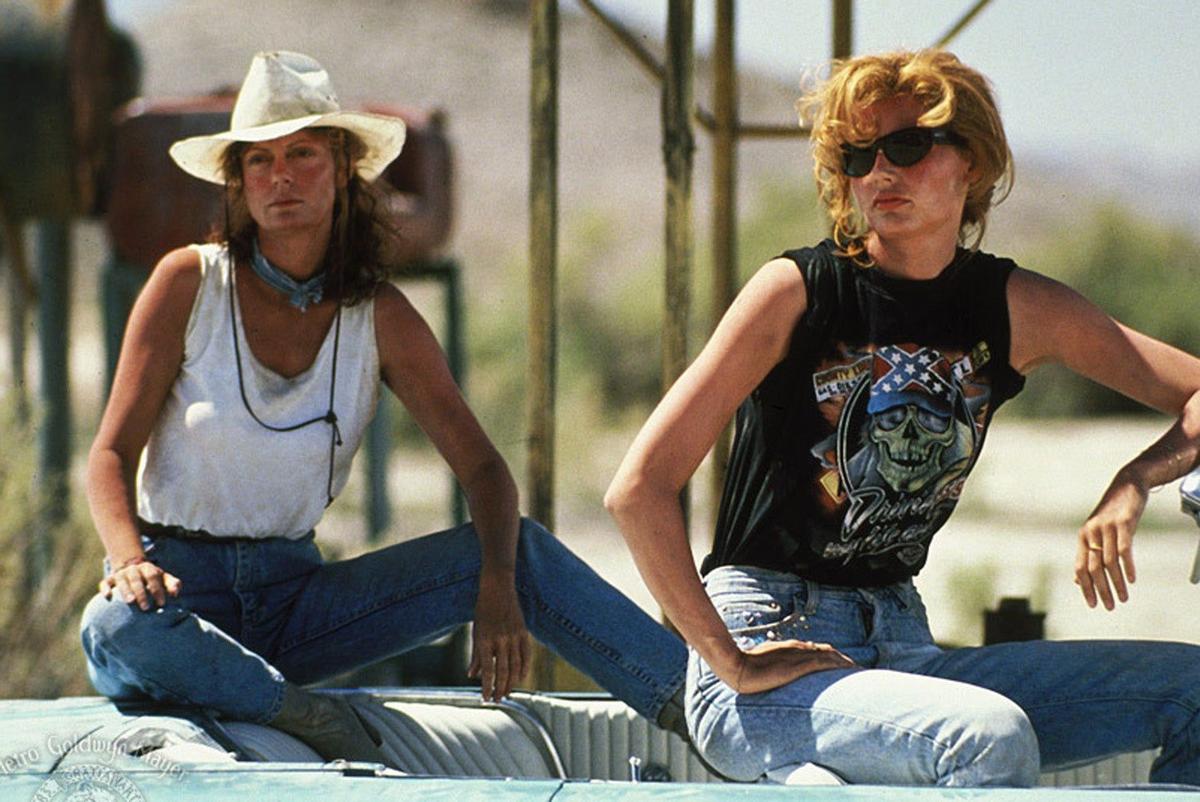 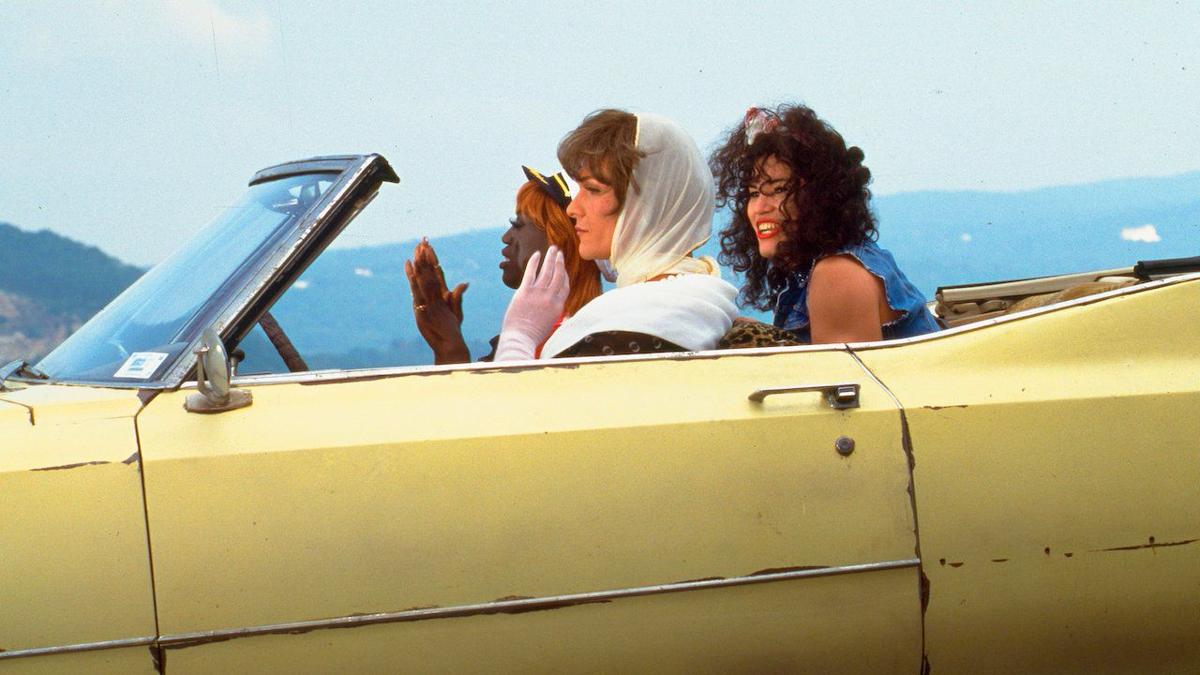 Clockwise from back: Wesley Snipes, John Leguizamo and Patrick Swayze in "To Wong Foo Thanks for Everything, Julie Newmar" (1994). 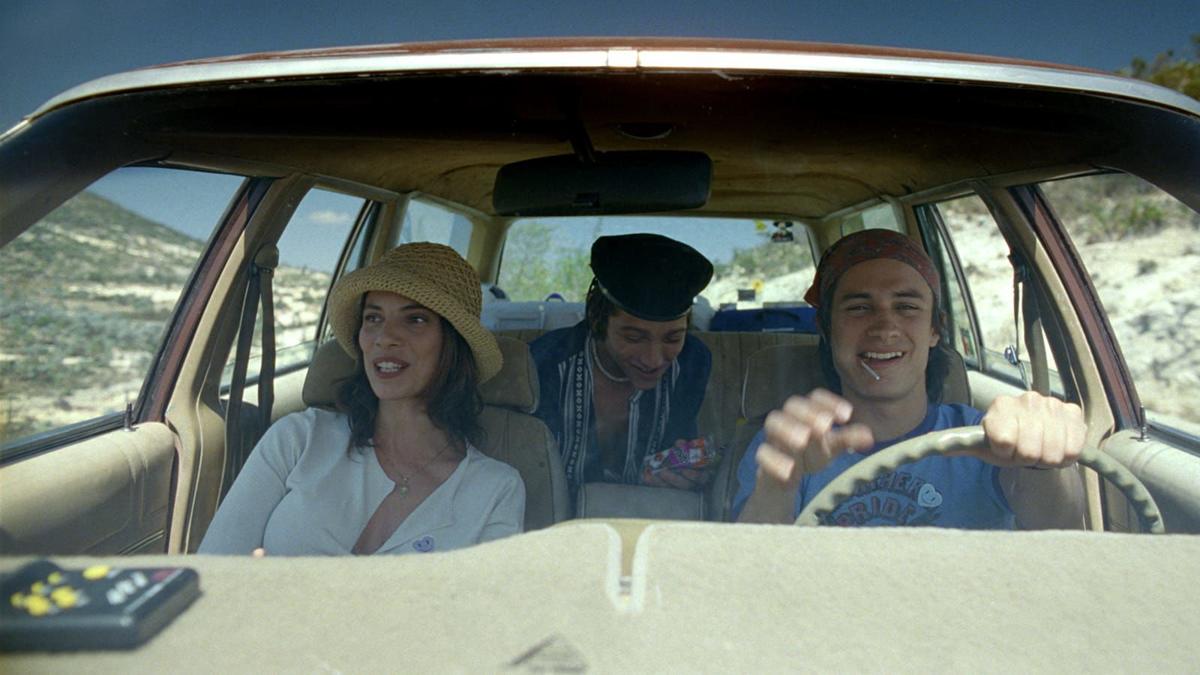 “Almost Famous” (2000) — A semi-autobiographical film written and directed by Cameron Crowe about a 15-year old who tags along with a ‘70s rock band, writing of his experience for Rolling Stone. In his eye-opening journey, he learns about some of the darker sides of the rock and roll life as they tour across the country. Accompanied by a great soundtrack the film borders closely on nostalgia without being too saccharin about it. Stream it on Showtime or rent it from Amazon Prime, Google Play, iTunes, Vudu or YouTube.

“Easy Rider” (1969) — Two motorcycle-riding hippies (Peter Fonda and Dennis Hopper) take a cross country trip after finishing a drug deal in southern California. In an attempt to find some spiritual truth they instead find bigotry from small-town Americans. The film was a turning point for cinema in the ‘70s: the protagonists are not heroes and their not villains but they embody that space in-between and the indie film went on to gross $60 million, a rare feat even today. It also has a killer soundtrack. Rent it from Amazon Prime, Google Play, iTunes, Vudu and YouTube.

“Logan” (2017) — Yes, this is a road movie and one of the best, if not the best movie based on a comic book character. “Logan” is set in the not so distant future and a much bleaker one than we’re used to seeing in the X-Men universe. Charles Xavier/Professor X (Patrick Stewart) is slipping further into a state of dementia, Logan/Wolverine (Hugh Jackman) is older and weary, trying to live a quiet life in a world where mutants are on the brink of extinction. But when a young mutant called Laura (Dafne Keen) comes to him for help, the three set out across the country to find sanctuary for them all. The best thing is, you don’t even have to have followed along the confusing X-Men movie storylines to enjoy and cry over this gem. Stream it on Hulu (with Live TV subscription) or rent it from Amazon Prime, Google Play, Vudu or YouTube.

“The Long, Long Trailer” (1953) — Lucille Ball and Desi Arnaz trade their Lucy and Ricky characters for Tracy and Nicky (who are pretty much the same characters, let’s be honest), newlyweds who buy a long trailer rather than a house to settle down in. They drive across the country and down narrow country roads seeing national parks, family and more. Eventually, the miles and Tracy’s collection of canned goods and rocks take a toll on their new marriage and the trailer. If you still get a kick out of old episodes of “I Love Lucy,” this is one to check out. Rent it on Amazon Prime, Google Play, iTunes and Vudu.

“National Lampoon’s Vacation” (1983) — What list about road trips would be complete without the pinnacle of them all? Chevy Chase stars as family man Clark W. Griswold Jr., a well-meaning but buffonish man who goes to the furthest reaches to make sure his family vacation to theme park Wally World is a success. Thankfully for the audience, nothing goes entirely right on this cross-country trek in Griswold station wagon. Rent it from Amazon Prime, Google Play, iTunes, Vudu or YouTube.

“Pee Wee’s Big Adventure” (1985) — Eccentric man-child Pee-wee Herman’s bike is stolen so he must search far and wide to find it meeting remarkable people along the way. Paul Reubens’ character Pee-wee Herman definitely isn’t for everyone, but the playful nature of the movie is great for kids and kids at heart. Rent it on Amazon Prime, Google Play, iTunes, Vudu or YouTube.

“To Wong Foo, Thanks for Everything, Julie Newmar” (1994) — A semi-road trip movie that is mixed with a town-savior story with a paper-thin plot and characters but a fun story nonetheless. ‘90s heartthrob Patrick Swayze and action hero Wesley Snipes star alongside a young John Leguizamo as three drag queens who make their way from New York to Hollywood to take part in the Drag Queen of America pageant. The three are waylaid in a dusty, small town along the way when their old Cadillac convertible breaks down after they think they’ve killed a police officer. They then transform this hick town and its people into a bright and vibrant party, all in three days. While it has some pretty atrocious explanations of queer culture, stars three straight cis men and heavily relies on tropes to move the story along, it never makes its three leads the butt of jokes. It is entirely honest to their characters and the actors do their best to keep them that way. In the mid-90s queer indie film was burgeoning and this was Hollywood’s response. Also, Wesley Snipes is surprisingly great. Stream it on Netflix or rent it from Amazon Prime, Google Play, iTunes, Vudu or YouTube.

“Thelma & Louise” (1991) — The iconic movie was made nearly 30 years ago but hasn’t lost its message along the way. Two best friends played by Geena Davis and Susan Sarandon head out for a weekend trip to a cabin in the woods but when Louise shoots a man after he attempts to rape Thelma, they go on the run, thinking that no one would believe it was self-defense and that Thelma was “asking for it.” As infuriating as the situation (which resonates today) is, the two spend the next few days trying to make it to Mexico while trying to avoid the police. It’s beautiful how the two grow and change over the circumstances and manage to find levity in dark, however brief it may be. It’s a story of love and the lengths you’ll go for friendship and to drink margaritas by the sea. Stream it on Pluto TV, Tubi or Vudu or rent it from Google Play, iTunes of YouTube.

“Y Tu Mama Tambien” (2001) — If you took the randy teen comedy road trips and gave them purpose, a stellar cast, one of the most brilliant directors working and meaning behind all the sexual situations this is the result. Not for the prudish, as it is filled with explicit sex scenes and dialogue, but it is beautiful nonetheless. Tenoch and Julio (Diego Luna and Gael Garcia Bernal) are inseparable and when they meet an older woman at a wedding they ask her to accompany them to a secret hidden beach (which they make up). Their infatuation eventually leads to results as she agrees to go and along the way the three get caught up with each other, discovering themselves along the way. Intermixed with all the sex is a narration that breaks the reality that surrounds these horny teenagers, a reality of injustice, death, political scandal and their own prejudices. Stream it on Netflix or rent it on Amazon Prime or iTunes.