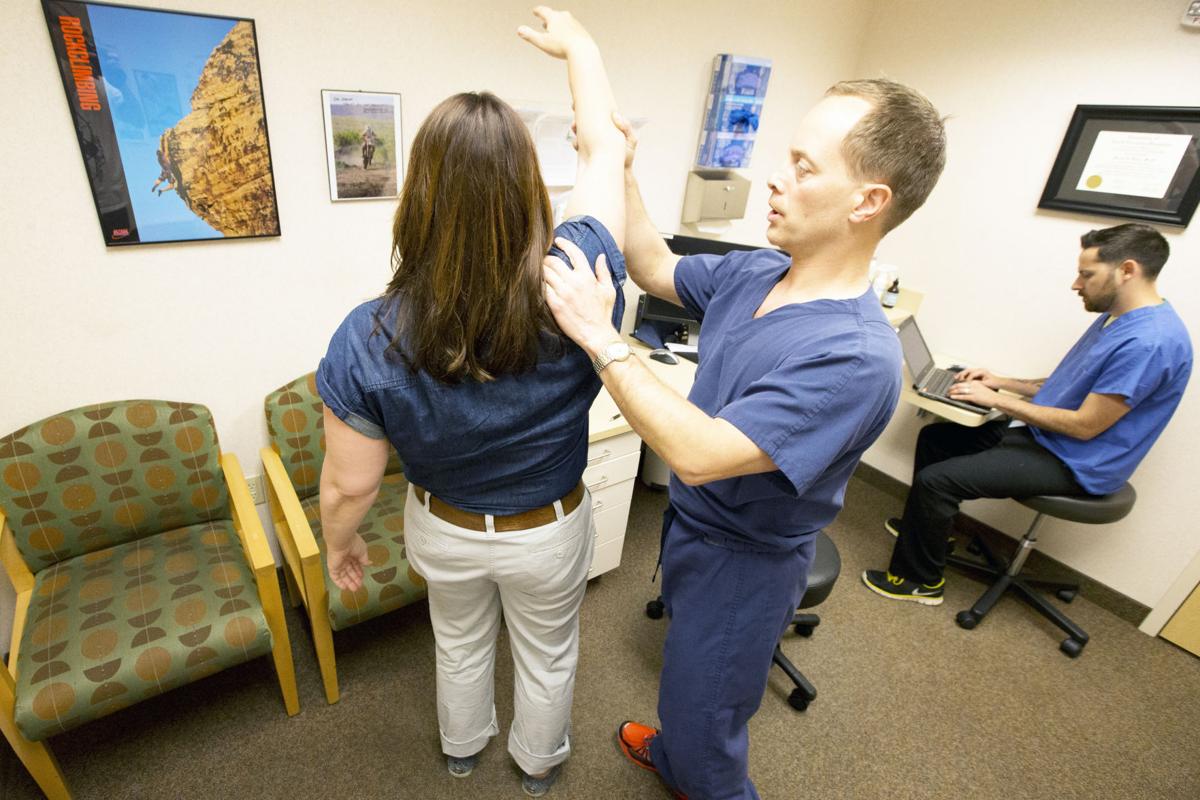 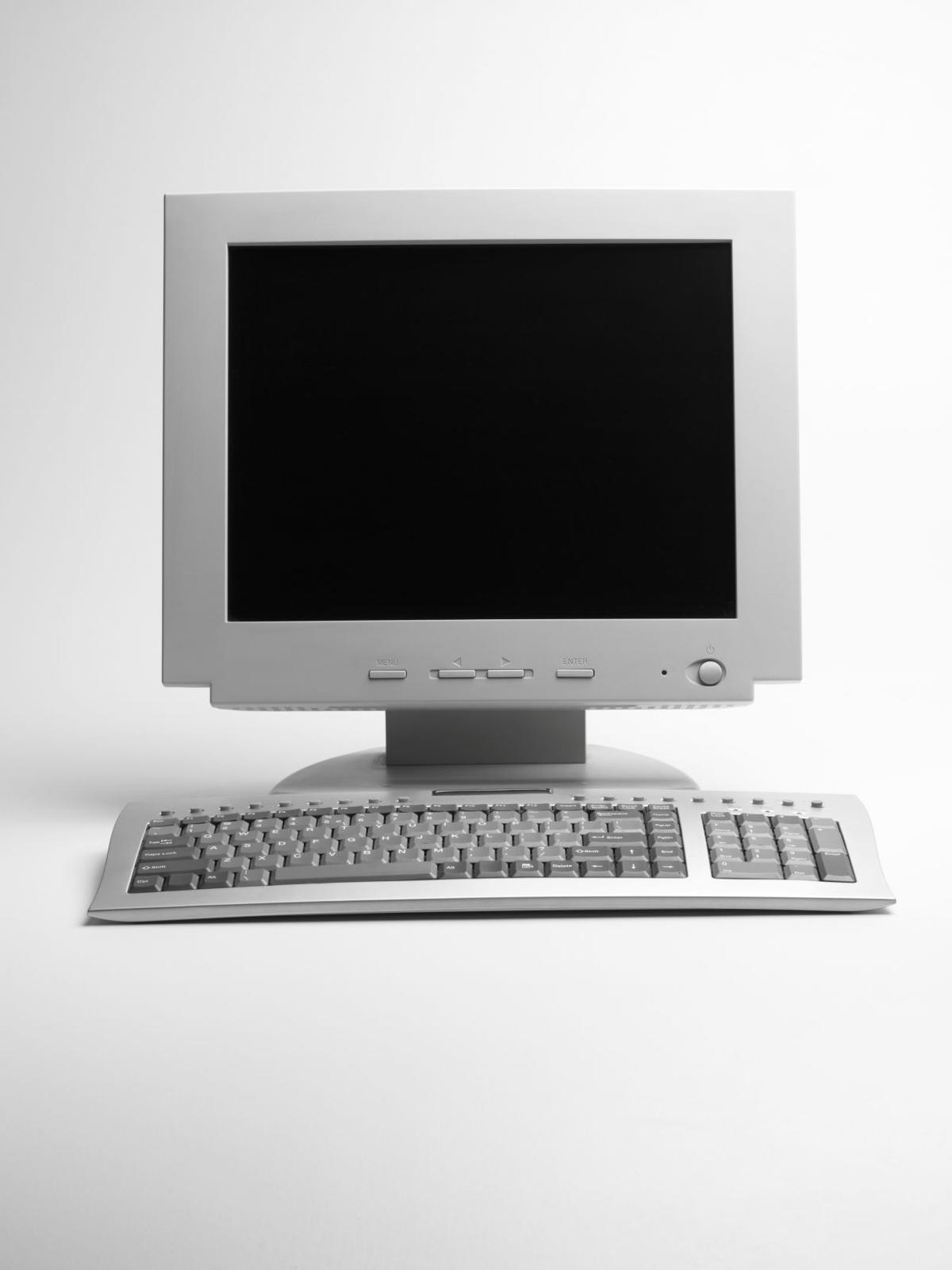 When he worked as a primary care physician at St. Charles Family Care in Redmond, Dr. Dan Murphy found his computer tended to get between him and his patients, literally.

“I would talk to the patient, and I’d look down and type,” said Murphy, who retired in late 2015, “and I really tried hard to engage with the patient.”

To remedy these issues, a growing number of doctors are turning to medical scribes, professionals that sit in during office visits and type notes into patients’ electronic health records, saving doctors from having to do so later on.

Murphy, who now observes medicine as a patient, noticed a big difference when his doctor at St. Charles Family Care in Redmond started using a scribe.

“I felt a much more direct connection with my doctor,” he said. “There was the ability to ask questions without my doctor going crazy, trying to note down everything that I was saying and checking all the boxes.”

St. Charles officials described the move as testing out the waters. Ultimately, they decided the $480,000 spent on the scribes wasn’t worth the modest benefits they provided, especially at a time when St. Charles is scrambling to cut costs.

“Our financial situation is such that we can’t continue to cost shift and ask commercially insured patients to pick up that tab anymore,” spokeswoman Lisa Goodman said. “So we really have to start operating within the confines of what the government pays us. That means we’ve got to be more efficient across the board.”

St. Charles will scrap its primary care scribes on July 1.

St. Charles officials wanted to see improvement on a few fronts. They hoped spending less time on notes would allow their doctors to see more patients, they hoped their chart notes and documentation would improve and they hoped doctors would feel better about their jobs.

The roughly 20 doctors who used scribes only saw an average of half a patient more per day, so that was a bust. The documentation piece didn’t improve either, said Dr. Peter Leavitt, a St. Charles primary care physician in Bend who used a scribe. That’s partially because scribes can’t do things like order tests.

Leavitt said he was able to leave the office sooner after getting a scribe. Like many physicians, he estimates he spent two hours every day after seeing patients just typing in notes. The scribe cut that down by roughly 40 percent.

Other doctors described similar improvements in happiness with their jobs after getting scribes, said John Weinsheim, president of St. Charles Medical Group.

“I think there is some level of satisfaction that will go away with the scribes going away,” he said.

Scribes are still more commonly used among specialists. Less is known about how helpful they are in primary care.

A study published April in the Journal of Family Practice found that while using scribes for a six-month period last year, a group of primary care physicians spent an average of five fewer hours per week on documentation. More than 98 percent of the doctors said the scribe’s presence helped “very much,” and nearly 90 percent said they were very or somewhat comfortable having the scribe in the room during physical examinations of patients. (Scribes generally leave the room during things like pelvic exams.)

Those doctors’ patients were also surveyed to find out their thoughts on having scribes in the room with them. Asked whether having a scribe in the room affected how much they wanted to share with their doctors, 77 percent said “not at all” and just under 5 percent said “a great deal.”

At St. Charles, some patients refused to have scribes be in the exam room, and others only shared private information with their doctors when the scribe wasn’t in the room, Leavitt said.

“In some instances patients are uncomfortable with it,” he said. “Other patients really don’t mind and like it.”

Dr. James Verheyden, an orthopedic surgeon with The Center Orthopedic & Neurosurgical Care & Research in Bend, said he was among the first physicians in the region to start using scribes in his practice about six years ago. At the time, he and another surgeon shared a scribe. Now, five other physicians at The Center — prompted somewhat by Verheyden’s hearty endorsement — have started using them.

“I thought it was one of the best things that I had done for my clinical practice,” he said. “It just improved the quality of my life as well as patient care.”

Before using a scribe, Verheyden spent between six and eight minutes documenting each patient visit. With 30 to 40 patients per day, that adds up to between three and five hours per day.

“There were some days when I’d get home and put the kids to bed and I would dictate and do notes from 8 to midnight,” he said. “It just, after a while, isn’t fun.”

In Verheyden’s mind, EHRs are cumbersome, inefficient and expensive. He views using a scribe as getting back to what his practice was like before EHRs.

A caveat to getting a scribe: cost. Verheyden pays for scribes out of his own pocket, but he says it’s worth it.

Dr. Andrew Neeb, a urologist with Urology Specialists of Oregon, started using a scribe about three months ago after getting frustrated with staying at work a couple of hours after seeing patients every night to finish notes. Now, he’s able to get bills to insurers in two to three days instead of eight or nine days, and he can see more patients than he did before.

“I need to find another medical assistant to keep up with me,” he said. “Now I find myself sitting around more often than I was because I have more time between patients.”

Fly on the wall

During a patient visit, Verheyden said his entire focus is on the patient, right down to his posture.

“I actually sit so that my back is to the scribe,” he said. “It’s kind of to give the impression that all of my attention is on the patient. In some ways, it’s almost as if I’m shunning the scribe.”

Brandon Georges, who has worked as Verheyden’s scribe for three years, doesn’t mind at all.

“I like being the fly on the wall in the room,” he said, “because when I’m brought into the spotlight, it’s a big distraction.”

Georges has a bachelor’s degree from Oregon State University-Cascades in biological sciences and is applying to medical school. The trick to being a good scribe, he said, is to learn how doctors typically write their notes, including how they phrase things.

“You’re essentially pretending to be a doctor without the 11 years of training they went through,” he said. “It can be a challenge.”