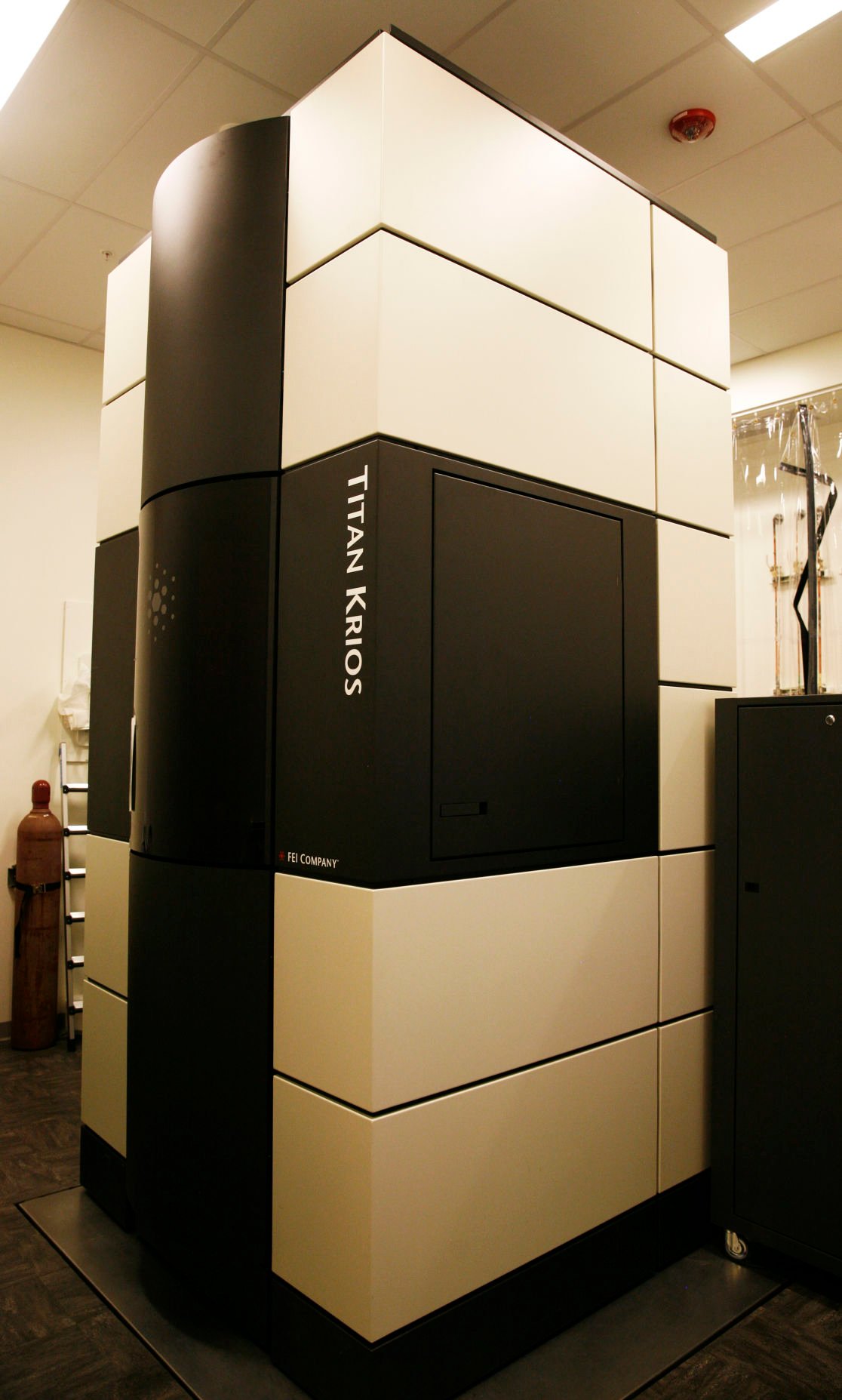 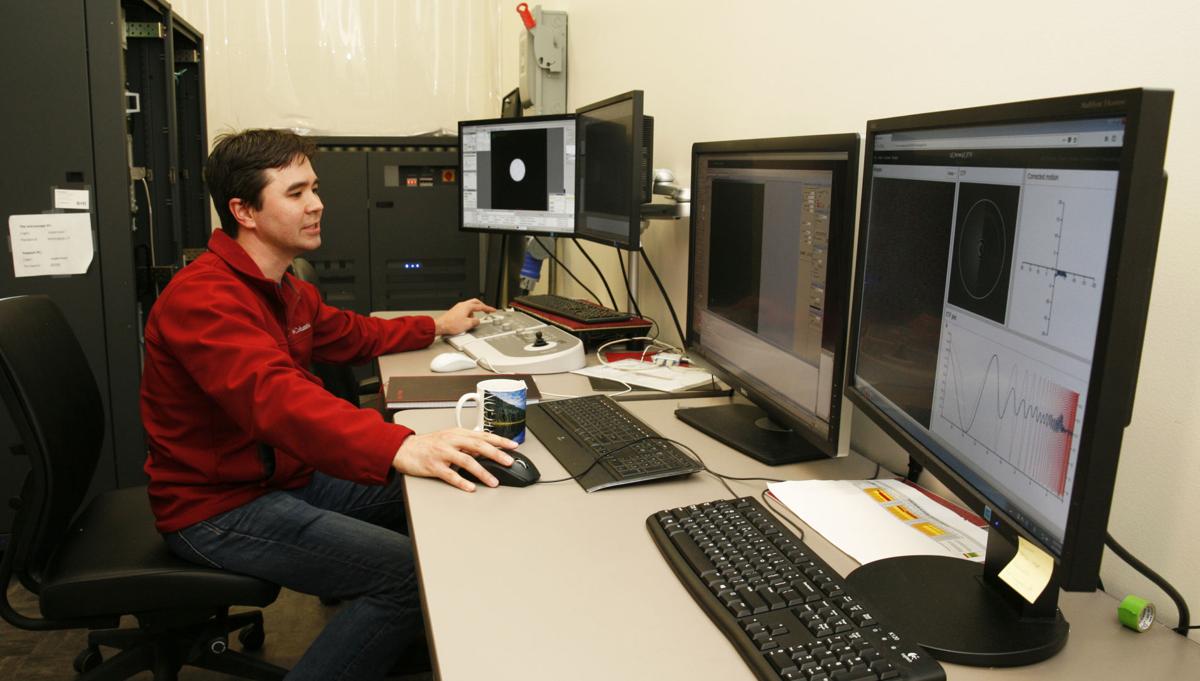 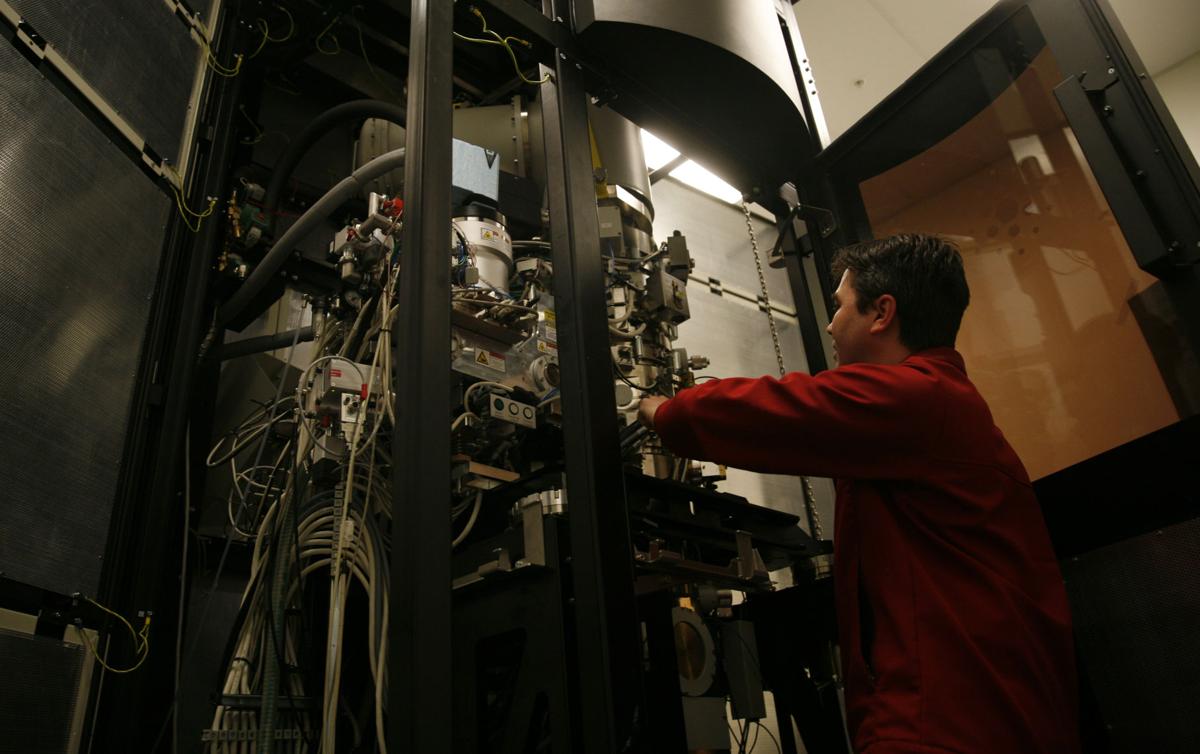 Portland has long been a draw for hipsters, foodies and craft beer enthusiasts. Now it could be a destination for visiting scientists studying the basic building blocks of life.

Oregon Health & Science University has been chosen by the National Institutes of Health to host a national center for cryo-electron microscopy, an emerging technology that can show the structure of molecules down to the atomic level with more clarity than ever before.

“Ten years ago, you would have seen the general areas where the proteins were as blobs on a screen,” said Michael Chapman, professor of biochemistry and molecular biology in the OHSU School of Medicine. “Now we’re able to see the atoms within those blobs.”

That could help researchers design new drugs that better target diseases or create new compounds that speed up or slow down chemical reactions.

Electron microscopes use a beam of electrons instead of rays of light to create an image. Because electrons have a much shorter wavelength than visible light, such microscopes can provide better resolution of molecules at the atomic level.

“What you’re looking at is a projection of how the electrons interact with the sample,” said Craig Yoshioka, an assistant professor of biomedical engineering at OHSU. “Since everything is made of electrons, they repel each other. So you’re generating a sort of two-dimensional projected image of your sample.”

Cryo-EM is a modification of the standard electron microscope that involves freezing a sample in solution so rapidly that the surrounding water forms a thin, glass-like layer instead of crystallizing. Scientists can then take multiple images of that frozen sample and piece them together to create a remarkably clear 3-D image.

Seeing the shape and arrangement of the molecule could help scientists better understand how those molecules work.

“A lot of science, when you’re looking at these complexes, you’re kind of poking around in the dark. They’re coming up with very clever specific experiments to determine whether certain areas are close to each other, what proteins might interact,” Yoshioka said. “And sometimes, you get the structure and you just see it all.”

Some proteins, he said, operate very much like tiny machines, using a chemical process to create mechanical energy.

“They have very mechanical properties, so when you see the whole thing, then you immediately start to see what the pieces are and how they move,” he said.

With cryo-EM scientists can take various images of these proteins and put them together like a stop-action movie to see how those mechanical properties work.

As the technology has improved it’s opened up new areas of research. Pharmaceutical companies, for example, are using cryo-EM to map out the sites where drugs can bind to the target cells, so they can better identify which drugs might affect those cells and learn what part of the protein they interact with.

“There’s just a huge span from people who are just interested in the basic research and understanding how these things work, all the way through these very specific (questions),” Yoshioka said.

NIH will provide $128 million to OHSU and the Department of Energy’s Pacific Northwest National Laboratory to purchase four additional cryo-EM microscopes and establish the center this fall. The microscopes at OHSU will capture images and then send them to the computers at the national laboratory in Richland, Washington, to construct the 3-D images.

Two additional sites will be located at the New York Structural Biology Center in Manhattan and at Stanford University. The NIH is also providing $1.5 million to train scientists on how to use the microscopes.

The center will give scientists around the country better access to the imaging technology. According to the NIH, thousands of scientists have projects that could benefit from cryo-EM but high costs, a lack of expertise and other factors limit their access. The center will make the technology available to those scientists for free. That could speed the pace of development of new drugs and treatments. As the technology improves, scientists could get even more detailed images of DNA, proteins, viruses and cells, revealing how they change shape and interact with one another.

“It’s analogous to going from film cameras to digital.” •