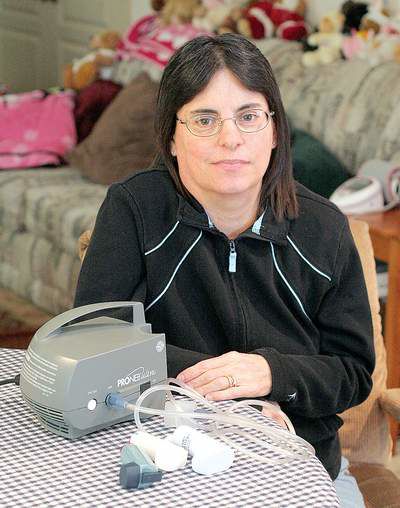 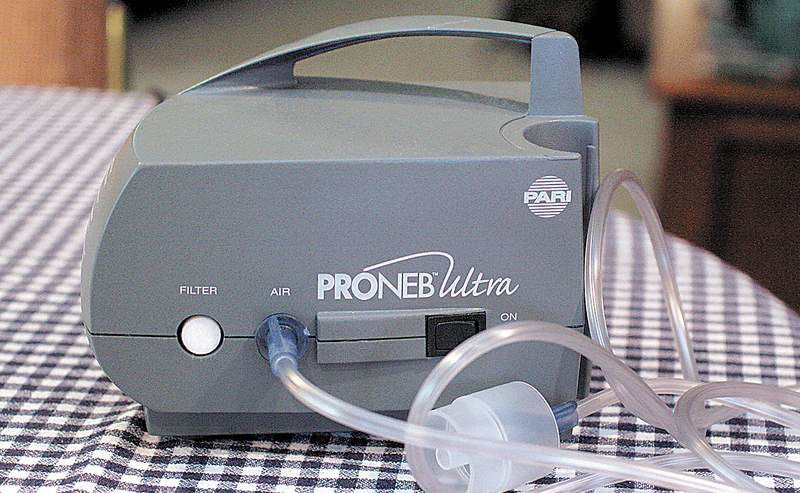 For the past 10 years, Paige Porter wouldn’t go down to her mailbox without her inhaler in hand. Diagnosed with asthma in 1998, Porter takes three medications to keep her asthma in check. But when conditions bring on an asthma attack, tightening her airways, she relies on a rescue inhaler to restore normal breathing.

Now Porter and thousands of patients like her might be losing their lifelines. After a switch to a more environmentally friendly propellant in inhalers, many asthma sufferers throughout the nation have found the new inhalers just don’t seem to work as well as their old ones. And that has many terrified of their next attacks.

“I don’t know what I’m going to do,” Porter said. “I really don’t have an answer for that. It’s a little frightening.”

The transition to the new inhalers was mandated by Congress to remove one of the last remaining exemptions to the Montreal Protocol, a treaty signed in 1987 to reduce chlorofluorocarbon, or CFC, emissions that can damage the Earth’s ozone layer. The Food and Drug Administration was charged with phasing out all medications using CFC propellants once viable alternatives became available. Albuterol inhalers, used as rescue medicines for asthma attacks, were some of the last holdouts.

Four pharmaceutical manufacturers have developed new albuterol inhalers propelled by hydrofluoroalkane, known as HFA and considered a better environmental choice. The FDA approved the new devices years ago, and as of this year, the CFC albuterol inhalers are no longer available.

Porter, 45, of Redmond, and other concerned asthmatics have signed a petition by the National Campaign to Save CFC Asthma Inhalers, a California-based group, asking Congress to allow the CFC inhalers to return.

The group has collected hundreds of comments from asthma patients claiming everything from ineffectiveness to serious side effects they attribute to the new inhalers.

“It’s overwhelmingly clear that this is a huge safety concern,” said Art Abramson, the founder of the group.

Central Oregon physicians have indicated they’ve heard complaints from patients, but none of those contacted knew of any serious health problems associated with the new inhalers.

“We do have some post-market data on HFA albuterol inhalers that include reports of lack of effectiveness, but the number of reports is not large and are likely due to perception issues,” said FDA spokeswoman Karen Riley. “HFA-propelled products often have a gentler and softer feeling to the plume mist compared to the forceful plume of the CFC products. Some patients perceive the softer feel means the product lacks effectiveness.”

The case of the new inhalers underscores the difficult balance federal regulators try to strike between allowing new drugs and devices to come to the market quickly and ensuring the products have been thoroughly tested for safety and efficacy.

Many side effects of drugs become known only after the medications are put on the market. The agency collects reports of potential side effects through its MedWatch Web site. Potential problems can be reported by doctors and consumers, so it is not considered a reliable reflection of the actual problems incurred with a drug or device. It’s used primarily as an early warning system for the FDA to identify potential problems with drugs for further investigation.

The Save CFC campaign recently analyzed the 640 adverse events related to asthma inhalers reported to MedWatch. According to the analysis, from April 2005 to April 2008, when HFA inhalers represented about one-third of the market, they were cited in 63 percent of the adverse events referencing inhalers and nearly half of the deaths. CFC inhalers, representing two-thirds of the market, were cited in one-third of adverse event reports and slightly more than half the deaths.

Abramson also cites research included in Schering-Plough’s new drug approval application with the FDA. The study showed that test subjects given an HFA-propelled placebo incurred more “unfavorable changes” in the ears, nose and throat (8 percent) than those using a CFC inhaler with the actual medication (5 percent). Those using an HFA inhaler with the medication had the highest rate of side effects (13 percent).

A review of the studies of HFA inhalers published in the New England Journal of Medicine in 2007, however, found no significant differences in effectiveness or side effects when comparing the new and old inhalers.

Edelman said the American Lung Association has pushed the FDA for better post-marketing surveillance of drugs in general. And while the group has also heard reports of problems, there isn’t any scientific data yet that would support taking action.

“It is possible that a small number of people are sensitive to the propellant. I can’t say definitely not,’” Edelman said. “That happened with lots of other drugs. These tests might have been run on hundreds of people and you may have to have thousands of people to pick up one-tenth of 1 percent who have a bad reaction.”

With nothing more than anecdotal data, the Save CFC campaign is carefully watching the situation to see whether complaints will fade over time, or whether they’ll point to a real problem.

“It all starts this way,” Edelman said.

Porter first tried the inhalers last year, well ahead of the mandated switch date. She had heard from other friends with asthma that they were having problems and wanted to try the new inhaler while she still had a CFC backup.

The first time she used the new inhaler, she saw no response at all.

“I waited about an hour,” Porter said. “My airways were getting tighter and tighter, so I went back to the CFC inhaler.”

Porter said her asthma is fairly well controlled, and so she normally doesn’t have to use her rescue inhaler very often. But fire season, which is fast-approaching, is when her symptoms flare up most often.

She still has a few CFC inhalers left, but those will expire in April. And she recently picked up a Maxair CFC inhaler containing pirbuterol, another medication similar to albuterol. However, that inhaler is also expected to be removed from the market later this year.

At home, she can use a nebulizer, a plug-in appliance that takes liquid albuterol and converts it into a mist. But that’s not a viable option for when she’s outside her home.

“It’s a little frightening when that’s the medication that keeps you alive and once the CFCs expire, I won’t have a backup,” Porter said. “We try to work around it, but life doesn’t stop.”