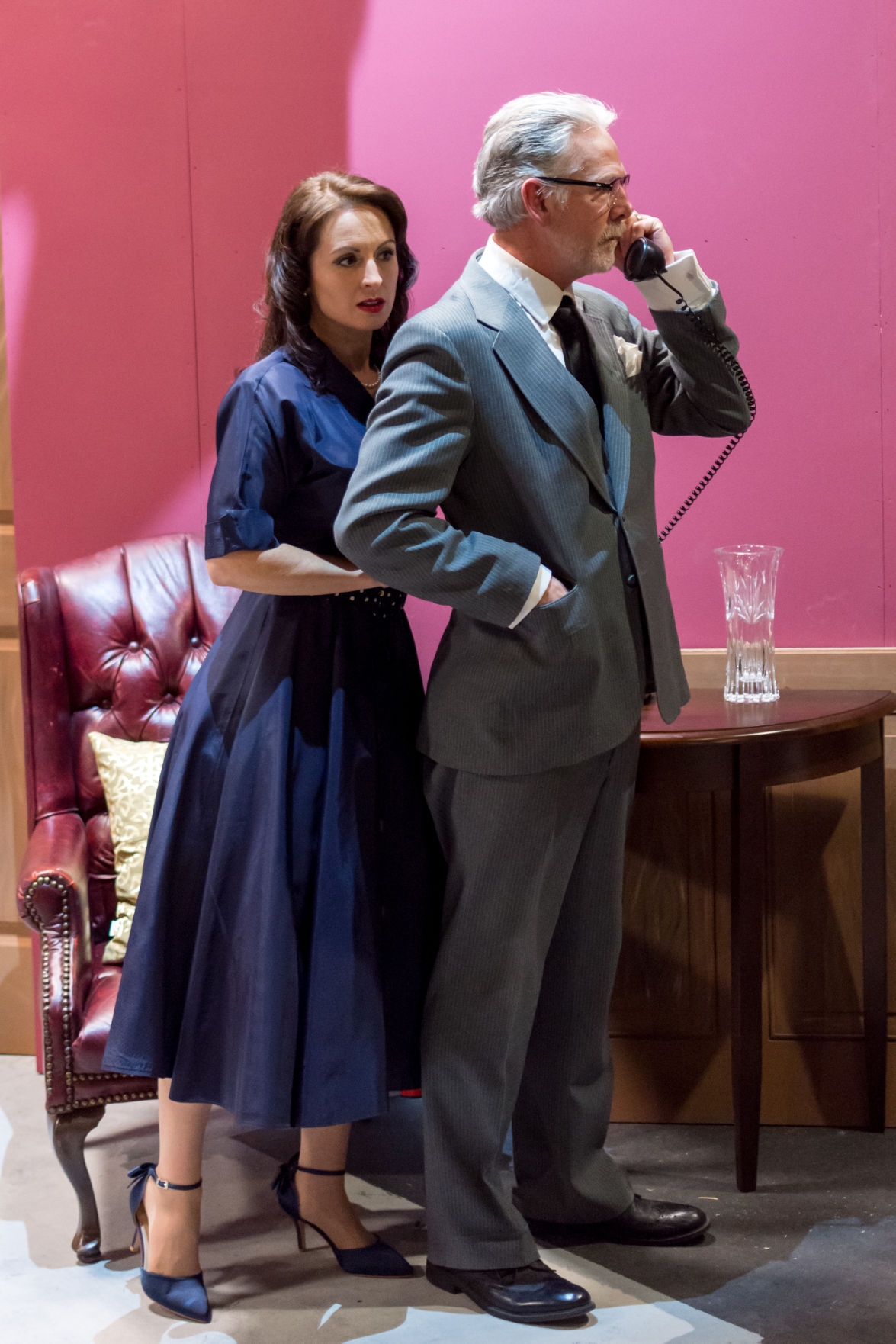 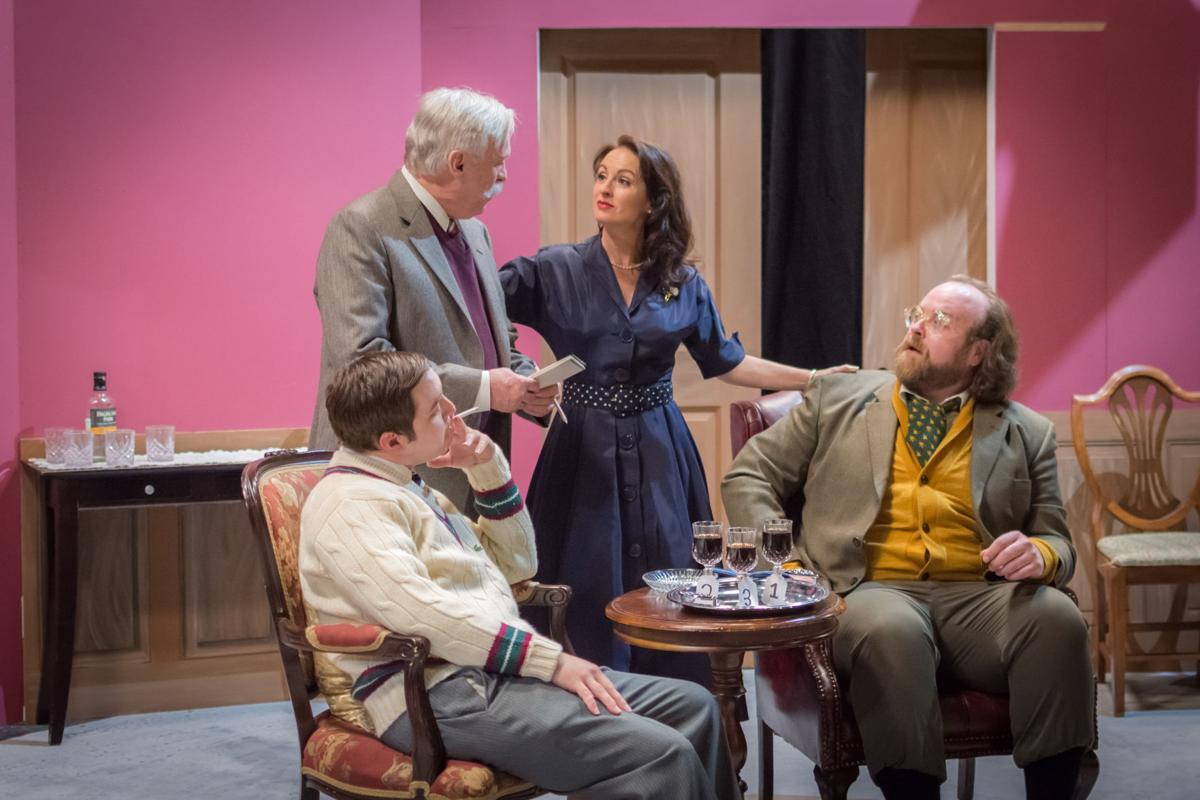 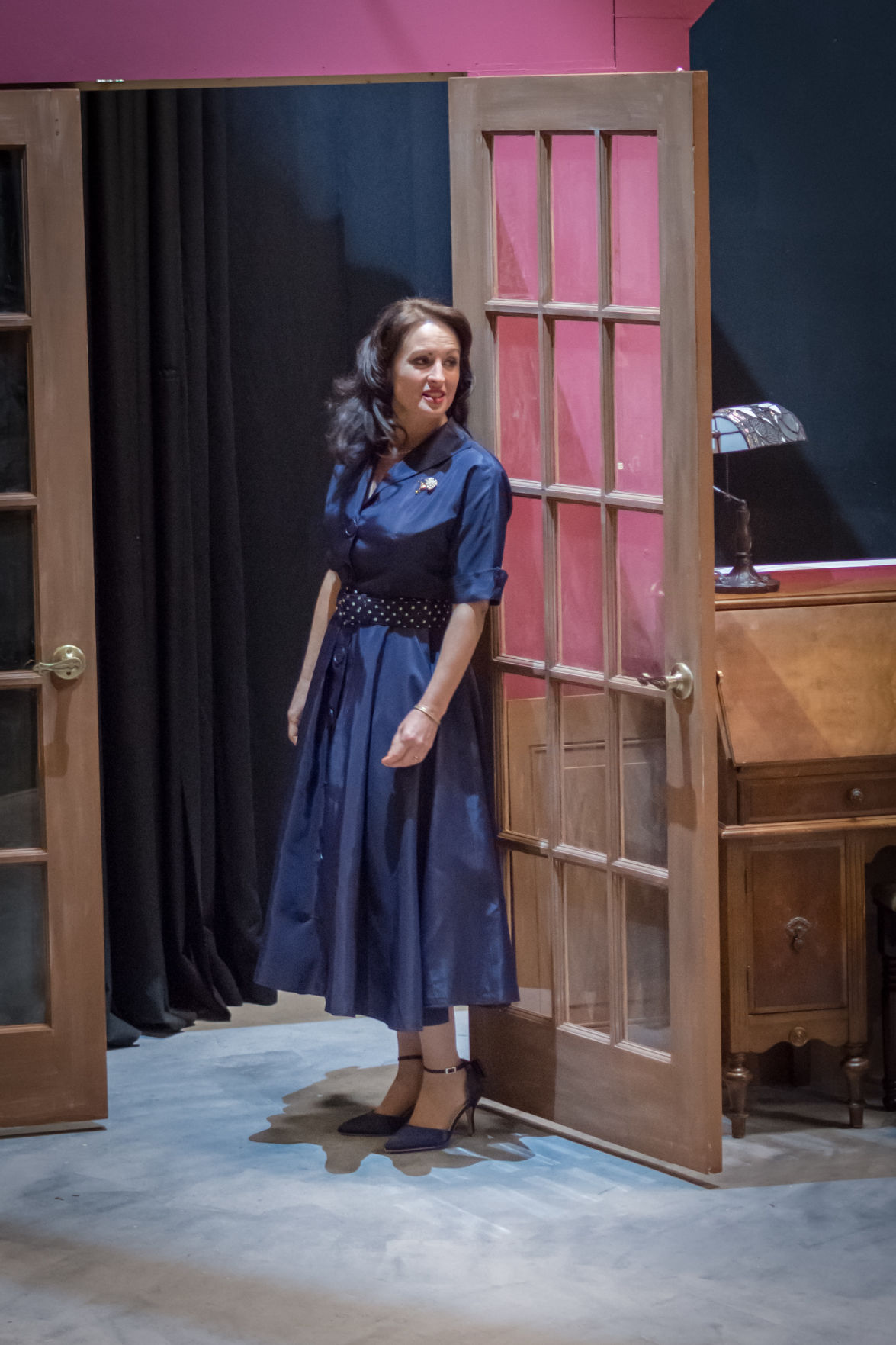 Kelly Ryan stars as Clarissa Hailsham-Brown, whose hobby is supposing how she'd react to various crime scenarios. When a dead body shows up in her drawing room, she puts her skills to the test. 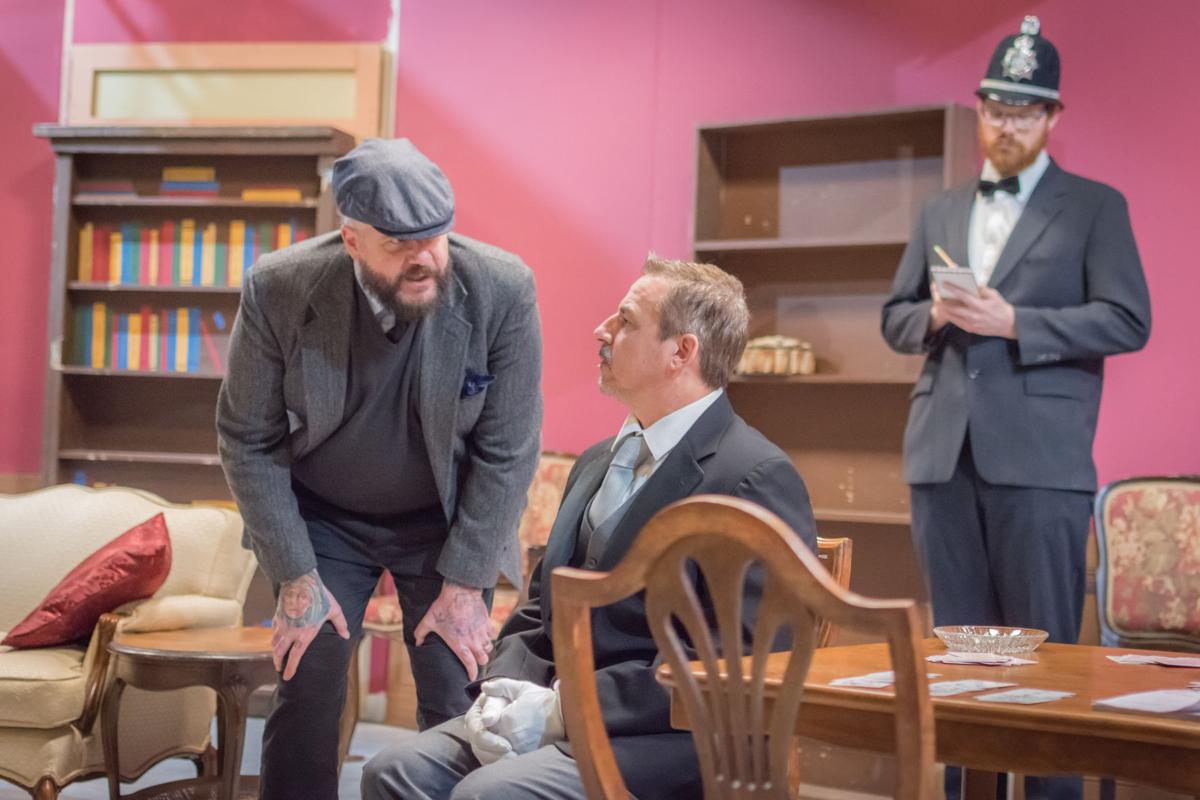 Kelly Ryan stars as Clarissa Hailsham-Brown, whose hobby is supposing how she'd react to various crime scenarios. When a dead body shows up in her drawing room, she puts her skills to the test.

Playwright and mystery author Agatha Christie wrote her 1954 drawing-room mystery “Spider’s Web” by request, according to Debbie Levin, director of Cascade Theatrical Company’s new production of the stage whodunnit. The show begins its three-weekend run on Friday at Cascades Theatre in Bend.

British actress Margaret Lockwood “had requested that Agatha Christie write a play that she could be featured in, and her second request was that it not be a dark and dreary character, which is what she had tended to be cast as in films and other theater appearances,” Levin said. “She wanted something a little bit more light and fun.”

Christie obliged Lockwood by penning “Spider’s Web,” a blend of comedy and murder mystery “meant to be a bit of a parody of her own genre,” Levin said. “We’re working hard to find all the comedy that we can in this context.”

Judging from a recent full rehearsal of the show last week, Levin and her cast of community theater actors have found plenty to mine, mining Christie’s script even after (surprise) a murder.

“The funny thing about directing something is that after you’ve heard it a gazillion times, you kind of go, ‘Is that funny or isn’t it funny?’ You lose your perspective after a little bit.’ It’s always good to hear that other people are seeing and hearing the humor that you’ve tried to inject into the piece.”

In short order, we learn Clarissa has fooled them all.

“It’s been such a wet afternoon, and you’d meant to play golf. And you must have some fun — and you have had fun, haven’t you?” she asks.

“Clarissa, do you ever speak the truth?” asks Warrender, who’s just been put through the paces of another Clarissa fib.

“Of course, I do, sometimes,” she replies in part. “I suppose when you’re making things up, you get carried away, and that makes it sound more convincing.”

Such are the webs she weaves. Everyone needs fun, including Clarissa, who reveals to Warrender that her life is nice and peaceful, so she has private hobby called “Supposing,” in which she ponders what she might do in the event of various mishaps.

“Supposing I were to come down in the morning and find a dead body in the library?” she tells him. “What should I do?”

What, indeed? After an unwanted visitor arrives and such an event transpires — albeit in the drawing room at night — Clarissa is no longer just supposing.

Thanks to an anonymous tip, Inspector Lord (Robert Flanagan) shows up, and in order to prevent an innocent from taking the fall, the clever Clarissa must enlist the help of her reluctant guests.

And as Levin notes, there’s too much going on throughout the play’s three acts in order for you to figure it out, from a hidden door into a recess — practically a character in itself — and a manically energetic Scottish gardener (Marla Manning).

“There are many, many twists and turns, and as you would expect from Agatha Christie, there are secret doors and all sorts of mystery type of mechanisms and all sorts of suspects. And as is usual with Agatha Christie, you’re never going to know for sure until the final act comes to an end,” Levin said. “Central to it is this whole assumption that Clarissa, because she has the practice of playing this ‘supposing’ game, and kind of fooling people all the time with different challenges, finds herself in a conundrum after having woven these webs of lies, as it were, when she has to tell the truth, nobody’s going to believe her.”

What: "Spider's Web," by Agatha Christie