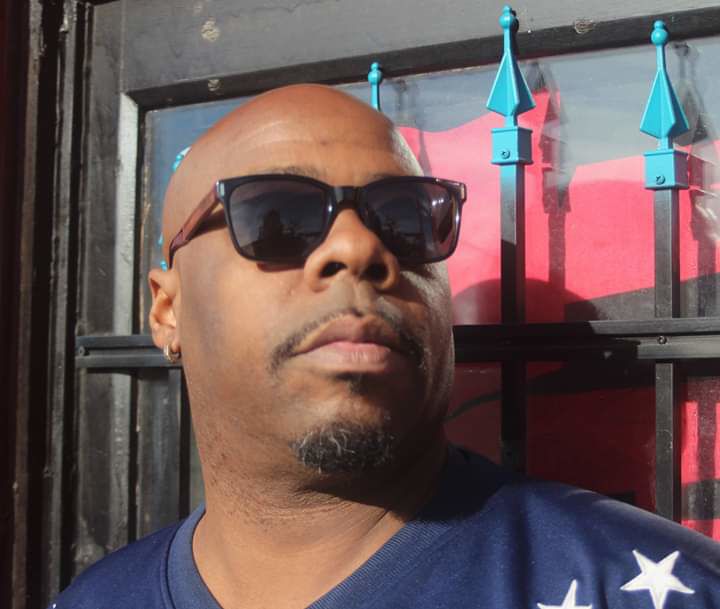 “My thing was, it ain’t right, no matter how I looked at it,” said Deymon Taylor, who performs as MC Ragtop. 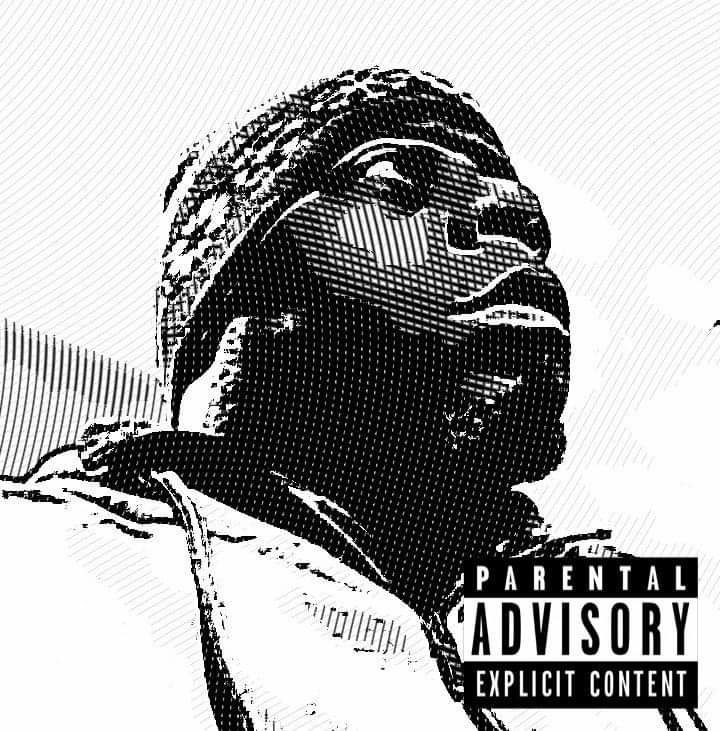 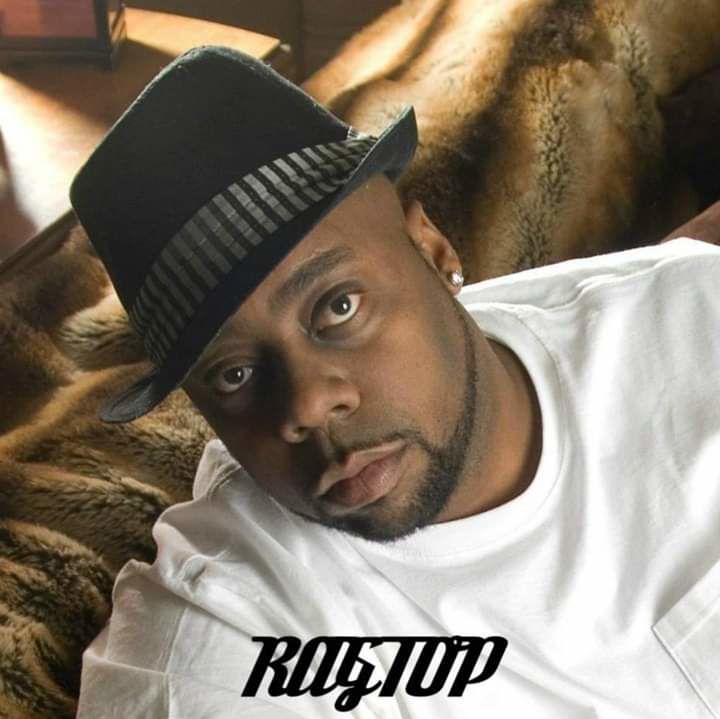 Deymon Taylor is probably best known locally as a member of The Collective, a hip-hop group active in Central Oregon in the mid- to late-2000s.

“My thing was, it ain’t right, no matter how I looked at it,” said Deymon Taylor, who performs as MC Ragtop.

Deymon Taylor is probably best known locally as a member of The Collective, a hip-hop group active in Central Oregon in the mid- to late-2000s.

Deymon Taylor kept thinking the same thought: “It ain’t right.” In the wake of George Floyd’s death at the hands of four police officers in Minneapolis on May 25 and the subsequent protests against police brutality and systemic racism that have rocked the country, Taylor couldn’t stay silent. As a black man with biracial children and a resident of Bend since 2005 who has dealt with racism directed toward him and his family, he felt a responsibility to “speak something from the heart” with his music.

“My thing was, it ain’t right, no matter how I looked at it,” Taylor, who performs under the name MC Ragtop, said. “When I looked at the (stuff) in the history books, when I go on YouTube and I do research on certain things and I looked up Medgar Evers and W.E.B. Du Bois and other brothers that talk about this, and it’s like, you know what, it ain’t right, straight up it ain’t right. That was how the title for that came along. And the majority of that song I came up with with Monkey (Solsk8s Skateshop and Sol Side Sound studio owner Andre Antoniou) sitting right next to me, like 2 feet from me in the studio.”

Taylor was working on new songs for a solo EP with Antoniou at Sol Side. He called his cousin, Dominique Cohill (aka 10 Beats), who sent him a loop mashing up the beat from Scarface’s “A Minute to Pray and a Second to Die” with melodies and vocals from Marvin Gaye’s “Inner City Blues (Make Me Wanna Holler).” Taylor’s wife, Sharon, found sound bites from Malcolm X speeches, while Antoniou recorded a clip from a Donald Trump speech off Instagram.

“I have biracial kids; I have biracial grandkids,” Taylor said. “I’m almost 50 — that’s close to half a century — so when I’m gone, it’s them that still has to live in this world. When I started thinking about that, that’s first thing that really popped into my head. I was just like, you know what, what should I do? And Andre was like, ‘Dude, just write the song. Just write the song.’”

The single, fittingly titled “It Ain’t Right,” dropped on Bandcamp on June 6 alongside a track recorded in October, “Closer Walk.” Proceeds from sales of both tracks on Bandcamp will go to the Human Dignity Coalition, which promotes equality for the LGBT community in Central Oregon. A music video that will feature members of the newly formed Central Oregon Black Leaders Assembly began shooting last weekend.

“We recorded three different prototype versions, and I sent them out to different family members and different friends, and then I started getting phone calls, and they were like, ‘Yo, we’re in tears, you should really do something with that because that is a voice right there; that is something to be heard,’” Taylor said.

“When people listen to that Marvin Gaye sample — people that know their music, when they hear that, they’ll know exactly what song it’s from and what era it was. It was right from when Vietnam was still happening and we had all the protests from ’68 to ’71, ’72. That was when a lot of that (stuff) was really volatile at that point.”

Taylor is originally from San Bernardino, California. At age 9, his family moved to Redding, where his mom still lives. He went back to Southern California as a young adult, then moved back to Redding where he met his wife. Soon after marrying, the couple moved to Bend.

Taylor found a welcoming music scene in Central Oregon. While he played music in California, he began to focus on it in Bend with encouragement from musicians and other scene players such as Jason Graham (aka Mosley Wotta), Shawn Jackson and Antoniou.

“When I saw that, I was like, dude, you can really do music up here and be respected,” Taylor said. “ I was already doing it here and there in Cali, but everyone was so cutthroat. Here, I was actually seeing people trying to help each other. It was totally different.”

Taylor is probably best known locally as a member of The Collective, a hip-hop group active in Central Oregon in the mid- to late-2000s that scored a hit with “Gimme a Light.” His music career hit a roadblock in early 2009 after he was paralyzed from the waist down and diagnosed with a spinal disease, Equina Syndrome, after falling at work. He underwent physical therapy to walk again.

Before his paralyzation, Taylor hadn’t been harassed in Central Oregon or experienced any major instances of racism or prejudice, he said. But that changed after run-ins with law enforcement in Bend that same year, in which Taylor’s identity and use of a walker and wheelchair were questioned, he said.

“That was what let me know that it’s definitely here and it runs rampant,” Taylor said. “And people are just refusing to — either (they) sweep it under the rug or just pretend that it doesn’t exist and that it doesn’t affect them and it’s not their problem.”

In one instance, also in 2009, Taylor was a passenger in a vehicle that was stopped for not having a front license plate. He did not have his ID on him, and an officer questioned his identity, the walker he was using and the prescription medications he had for his back, he said.

In the context of black American history as a whole, Taylor’s personal experiences fit a nationwide pattern of systemic racism.

“My thing is, when I look back and I see all the years of how long it’s been happening,” Taylor said. “I am so heartbroken about the whole George Floyd situation, but the harsh reality is this: George Floyd’s case is one of the few that was actually brought into the limelight and documented. It’s sad that it took what happened to him to really create this explosion and put America in this melting pot that we’re going through right now. There’s so many other cases — there’s hundreds and hundreds and hundreds of thousands of others that have happened and (were) swept under the rug. But the only thing of it is, there was no internet, no cameras on cell phones and (stuff) like that back in the day. We’re in a different age where it’s like, OK, any eye can see you.”

For Taylor, the time to say something is now.

“With situations like that, it’s like, you know what dude? The closed mouth doesn’t get fed,” Taylor said. “If it’s a situation where I have the opportunity to say something, and whatever I say or do has maybe the slightest impact toward invoking change, I’m cool with that. I’m not gonna sit and not do nothing. … The time is now, the time is to act. My great grandfather told me, ‘If it feels right and you know it’s right, and you see a possible change but you also see the possible consequence, then nine times out of 10 it’s the direction that you were meant to go on.’ And that man lived to see 104.”

Listen to "It's Ain't Right"