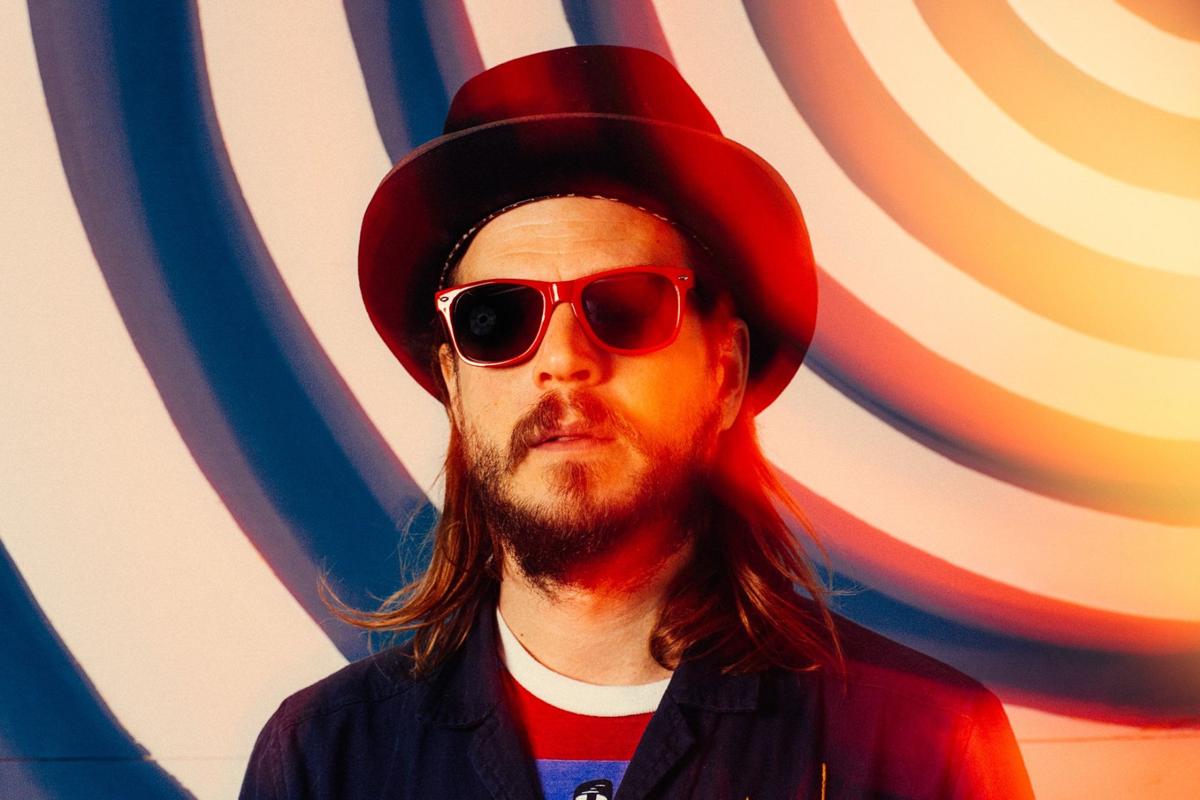 Keyboardist Marco Benevento, known for his work solo and with the Benevento Russo Duo, Joe Russo's Almost Dead and more, will return to Bend with his trio to play Volcanic Theatre Pub on Thursday. 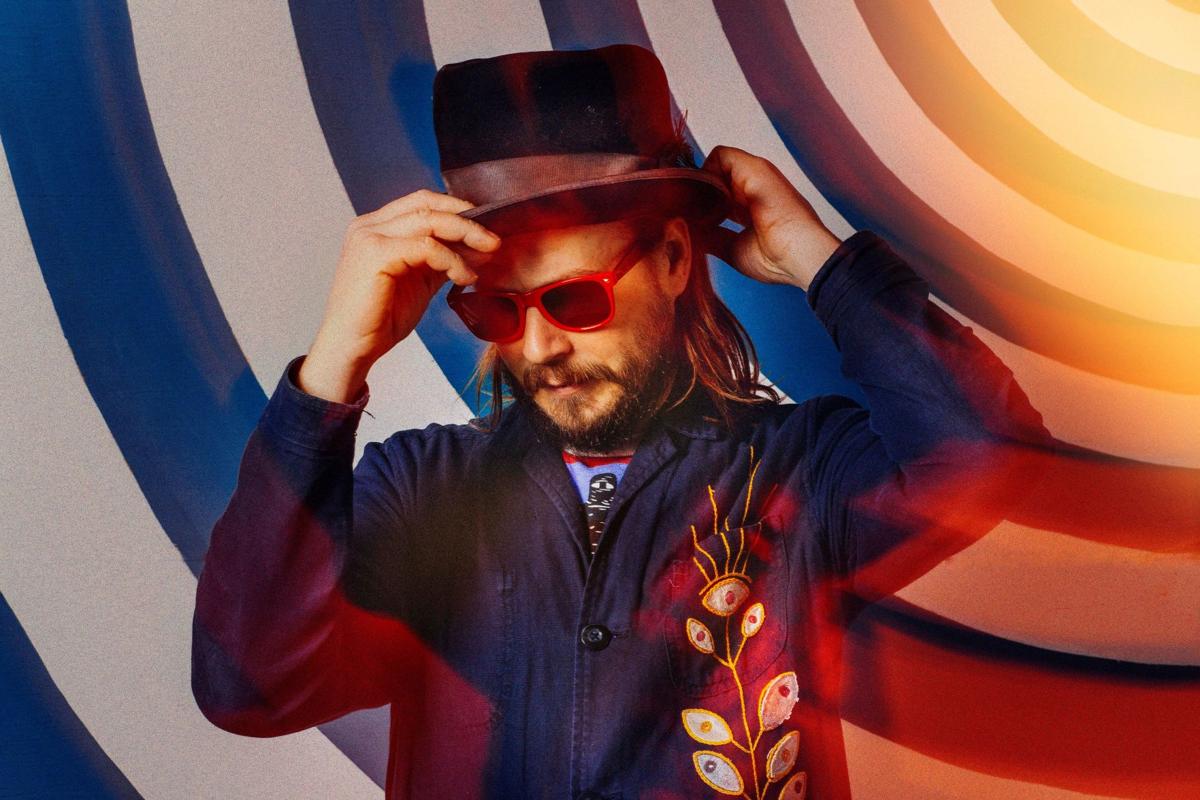 Keyboardist Marco Benevento will bring the West Coast tour for his latest album, “Let it Slide,” to Volcanic Theatre Pub on Thursday.

Keyboardist Marco Benevento, known for his work solo and with the Benevento Russo Duo, Joe Russo's Almost Dead and more, will return to Bend with his trio to play Volcanic Theatre Pub on Thursday.

Keyboardist Marco Benevento will bring the West Coast tour for his latest album, “Let it Slide,” to Volcanic Theatre Pub on Thursday.

Editor's note: This show has been canceled due to a winter storm warning in the Northern Oregon Cascades, according to a post on Marco Benevento's Facebook page.

When Marco Benevento graduated from Berklee College of Music in Boston in the late ’90s, none other than David Bowie handed him his diploma.

“There’s a picture of me and David Bowie in my living room, handing me my diploma,” the New York City-based pianist and songwriter said recently from a tour stop in San Diego. “He was a guest speaker at Berklee College of Music. The other guest speaker was Wayne Shorter. That’s my musical spectrum right there: Wayne Shorter to David Bowie.”

Fans know that’s an astute assessment. Benevento, who will return to Bend to play Volcanic Theatre Pub with his trio Thursday, has built his reputation in jam-band, jazz and indie rock circles thanks to his inventive songwriting and improvisation skills. That’s led to collaborations with a wide array of artists such as Annakalmia Traver of Rubblebucket, Trey Anastasio and Mike Gordon of Phish, John Medeski, Phil Lesh and of course, Joe Russo, the other half of the experimental Benevento Russo Duo.

Lately Benevento seems to be moving closer to Bowie than Shorter with his solo music. His seventh studio album, “Let it Slide,” released in September, builds on his vocal performances on 2014’s “Swift” and 2016’s “The Story of Fred Short,” moving even further into concise, groove-oriented funk, R&B and indie-pop.

The new album also brings “Swift” full circle in a way. That album was produced by and named after Washington multi-instrumentalist Richard Swift (The Shins, The Arcs, Guster), who died in July of last year. “Let it Slide” united Benevento with Swift’s former Arcs bandmates Leon Michels, who produced the album and played organ, and Nick Movshon, who played all drums and bass on the record.

“(‘Swift’) was the first record where I was singing, and I feel like Richard really brought that out in me,” Benevento said. “He didn’t really even know much of the stuff we had made before, so he wasn’t asking me, ‘What are you doing, dude? Why are you singing?’ He was like, ‘Oh yeah, man, that sounds good; let’s make it happen.’ … It’s nice to have this vocal element in our shows.”

Michels was even more involved in the process for “Let it Slide.” Benevento brought about 20 tunes to Michels, who whittled it down to the 10 songs that appear on the album. (Benevento also recorded three short, improvisational pieces, “Gaffiano, Pts. 1, 2 and 3.”)

“I was kind of at my wits’ end with these demos for the songs,” Benevento said. “I kind of knew what the lyrics were gonna be and what the vocals were gonna be. … Maybe 80% of the vision was done in my brain, but I wanted to have another guy help me with the last 20%, which Leon really did. I played him the demos and … we would just re-record them at his place in Queens, and anything he suggested I said yes to.”

“Nick and Leon just work great together,” Benevento said. “I would play them demos — like for example, I played them the demo for ‘Nature’s Change’ and Nick just sort of looked at Leon and was like, ‘Oh, I’m hearing like a Can (German experimental rock band) sort of groove,’ and I immediately was like, ‘Yes,’ because I love that band, Can, and to have that as a reference for one of my tunes was super cool.”

Benevento last played Bend with his solo band in 2017, but he played the Athletic Club of Bend in 2018 with his frequent partner Russo in the Grateful Dead tribute Joe Russo’s Almost Dead. His trio will look a bit different this time: Bassist Karina Rykman, who stepped in for Dave Dreiwitz when he rejoined Ween in 2016, is still in the group, but longtime drummer Andrew Borger is busy with Pink Martini. Dave “DB” Butler will be behind the kit on this West Coast tour.

“DB is just super psyched to be rocking all those drum fills,” Benevento said. “He even added a bunch more drums to the drum set, so it’s more to my liking because I’m a huge fan of the sort of the Ginger Baker, Keith Moon crazy tom fills.”

The trio expands many of the songs on “Let it Slide” during live performances, including the fusion workout “Humanz” — one of the few instrumental cuts on the album — and the stuttering R&B groove “Send it on a Rocket.” Other songs such as “Say it’s All the Same” stick to the tight album arrangement (that particular track barely breaks two minutes on the record).

Despite the recent focus on vocal songs, Benevento hasn’t turned his back on instrumental music, as “Humanz” suggests. The trio works plenty of back catalog into its sets, and Benevento said he hopes to balance his vocal and instrumental work in the future.

“We made four instrumental records, and I guess we’re focusing on making four more almost lyric records at this point,” he said. “Opening up the door to a new instrument … makes me want to get better at it and try to dial it in and make it more natural.”

What: Marco Benevento, with The Mattson 2