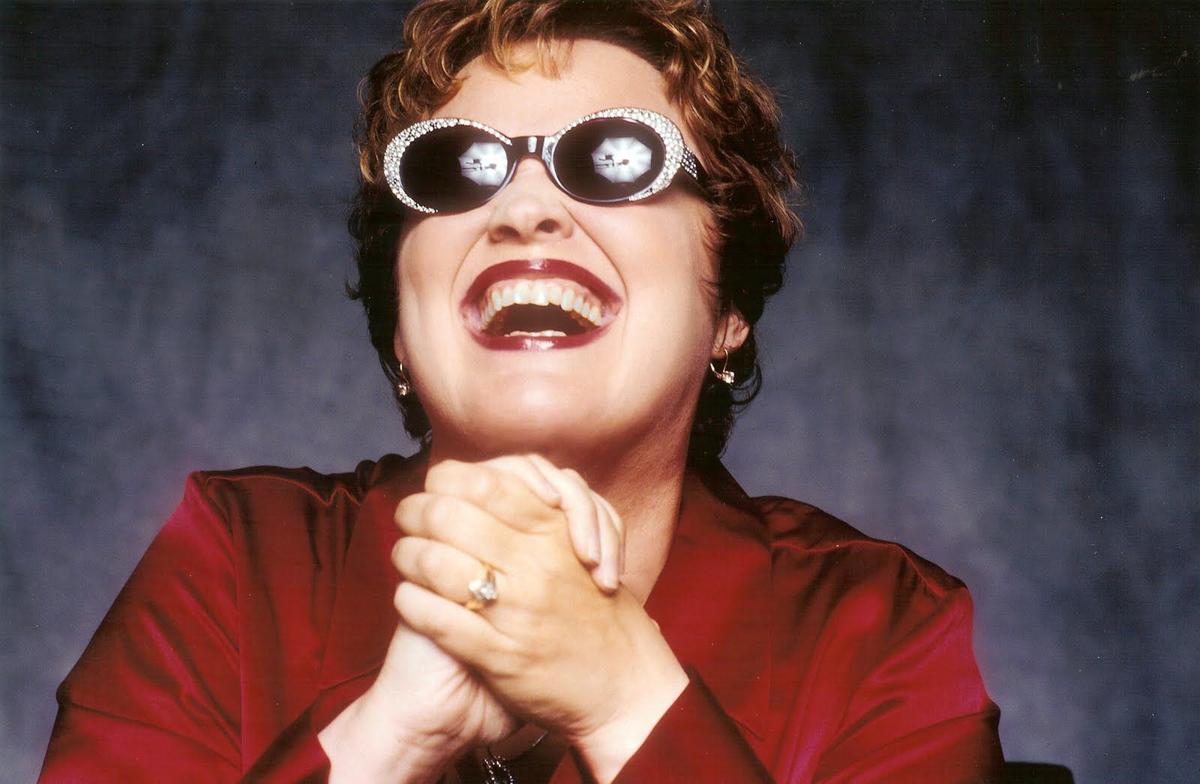 Vocalist and pianist Diane Schuur will bring new songs to kick off the 10th series of Jazz at the Oxford on Friday and Saturday. (Norman Seeff/Submitted photo) 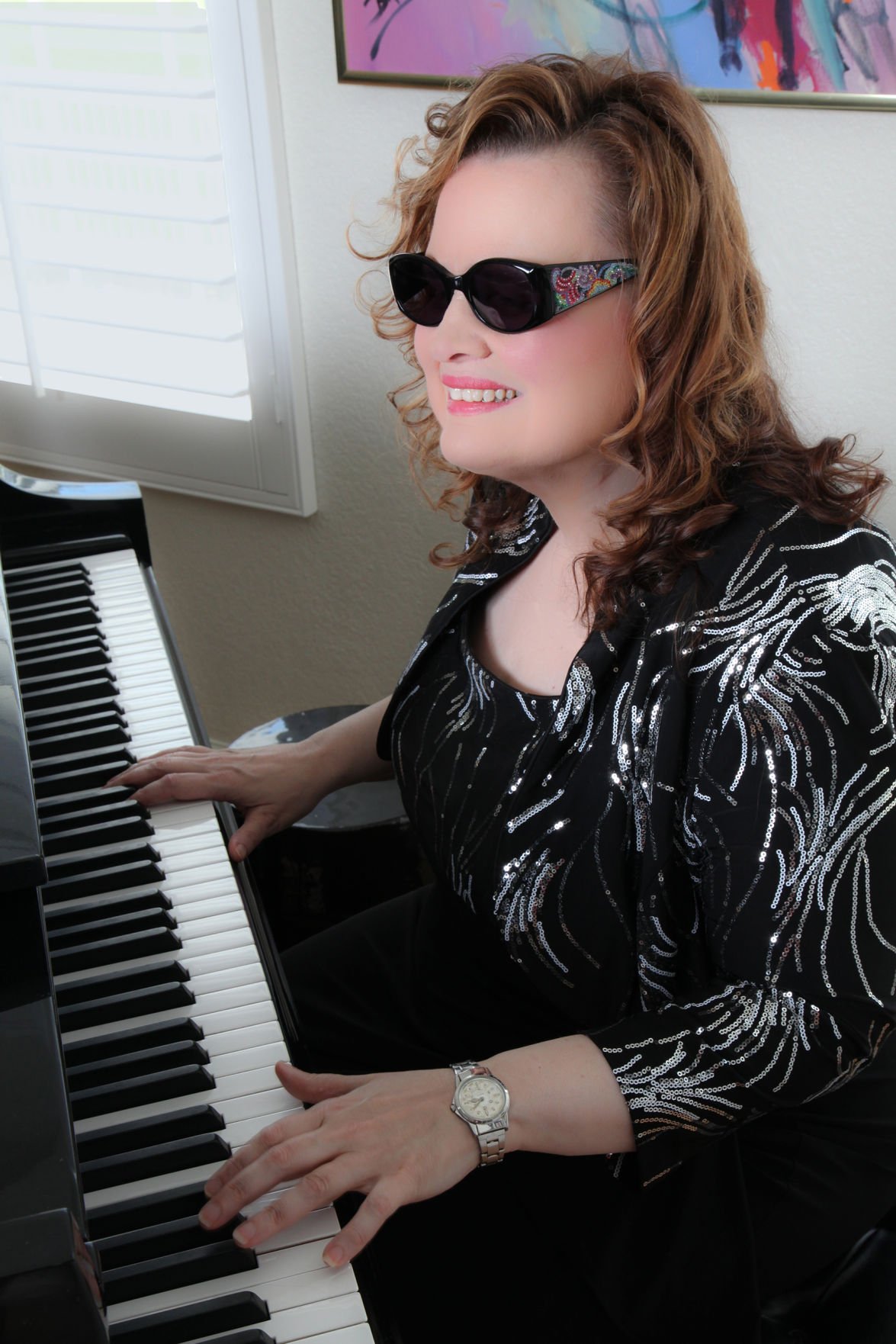 Jazz-pop vocalist and keyboardist Diane Schuur will return to Jazz at the Oxford to kick off the 10th season Friday and Saturday.(Lani Garfield/Submitted photo)

Vocalist and pianist Diane Schuur will bring new songs to kick off the 10th series of Jazz at the Oxford on Friday and Saturday. (Norman Seeff/Submitted photo)

Jazz-pop vocalist and keyboardist Diane Schuur will return to Jazz at the Oxford to kick off the 10th season Friday and Saturday.(Lani Garfield/Submitted photo)

Diane Schuur has to feel the emotions in the songs she sings.

This connection has given the jazz and pop singer and pianist a decades-long reputation as a song interpreter of the highest order — from her well-known versions of “Louisiana Sunday Afternoon” and “New York State of Mind,” to her most recent album, 2014’s “I Remember You,” a tribute to her mentors Frank Sinatra and saxophonist Stan Getz. Since her debut in the early ’80s, Schuur has wracked up accolades including two Grammy Awards and two White House performances, and praise from Sinatra, Getz, Stevie Wonder and Ray Charles, among others.

“I kind of created a quote that says, ‘You can’t really sing the blues unless you’ve lived with them,’” Schuur said from her home in Cathedral City, California, a little more than a week out from her return to Jazz at the Oxford to kick off the 10th annual series Friday and Saturday. “And, of course, in my life, of course, I’ve had the blues too. I’ve been to the mountain peak, and I’ve been way into the valley, too, so I know what both of those aspects of feelings are like and everything. But that’s how I interpret. I need to be able to relate to my own experiences in this lifetime to be able to give it the attention and the devotion, which a lyric absolutely deserves.”

She demonstrated this while discussing recording sessions for her next studio album. Among the songs she’s tackling: “This Bitter Earth” by her childhood hero, Dinah Washington, Miles Davis’ “All Blues,” Electric Light Orchestra’s “The Sun Will Shine on You,” Paul Thorn’s “Everybody Looks Good at the Starting Line” and Paul Simon’s “Something So Right.”

“It’s a mixture of hope, especially for what’s going on right now in the world, and my own personal experience regarding new love and all of this kind of stuff,” Schuur said. “Especially in ‘Something So Right,’ you know — especially the second verse.”

She then recited the verse, her voice rising as she tried to hold back tears:

“They’ve got a wall in China

“To keep out the foreigners

“They made it strong

“And I’ve got a wall around me

“That you can’t even see

“It took a little time

Along with its timely mention of walls keeping out foreigners, ‘Something So Right’ hits close to home for Schuur. She mentioned her new boyfriend, who like her has been sober for many years (37, to be exact; Schuur has been sober for 30 years, she said) and their shared connection through “speak(ing) the language of the heart.”

“In the circumstance I find myself now, it took about a year for my new boyfriend to get close enough to me — you know, to work up the courage,” she said. “I can’t help myself; I’m just a mess. That’s what Stevie Wonder used to say: ‘Diane, you’re a mess!’ He meant that in a very complimentary way.”

Schuur is teaming with saxophonist and co-producer Ernie Watts for the new album, which she expects to release in spring. This is the first time Schuur chose all the compositions she will record, adding to the personal nature of the set.

“This Bitter World” is another song close to Schuur’s heart. She recalled first hearing the song as a young girl obsessed with Washington’s singing.

“Ernie, when I got done with the first take, he goes, ‘Now Deeds, that was a performance,’” Schuur said. (“Deedles” is her childhood nickname, bestowed on her by her mother, and still what she prefers to be called.) “Talk about feeling honored by that statement, right?”

Schuur, who played the second Jazz at the Oxford in 2011, is one of three previous artists who will return to help celebrate the series’ 10th year. The Brubeck Brothers Quartet — featuring Chris and Dan Brubeck, sons of Dave Brubeck — returns Nov. 15 and 16 after playing the 2016-17 season; and Cow Bop, from the 2013-14 season, plays Feb. 7 and 8.

“We went round and about about whether to do a best-of, or did we want to do people all from the first series that Marshall (Glickman, Jazz at the Oxford founder) had put together,” series curator and producer Patrick Lamb said. “And we ended up putting together a little bit of a crossbreed of those ideas.”

In addition to headlining his first Jazz at the Oxford shows March 13 and 14, saxophonist Lamb will also sit in with Schuur on Friday.

Lamb toured with Schuur for many years early in his career, and Schuur remembered meeting him when he was 18 years old.

“He was a very receptive student,” Schuur said. “I’d like to think that I helped him to — one of many who have helped him to be able to get where he’s at now. This cat is swinging and singing and doing really good; I’m really proud of him. I was Stan Getz’s protégé; I guess Patrick was mine.”

Getz “discovered” Schuur at the 1979 Monterey Jazz Festival, and remained her close confidant and champion until his death in 1991. He invited her to perform at the White House for the first time in 1982 alongside Dizzy Gillespie, Chick Corea, Jon Faddis and Itzhak Perlman, which subsequently led to her signing with longtime label GRP Records.

“He told me that less is more — that you don’t just lay it all out in the first notes, that you build within a song,” Schuur said. “Like within life, there is a beginning, a crescendo and the end and all of that kind of stuff. He really helped me a lot with that, and just through listening to his playing I’ve learned a great deal as well.”

After the help Schuur received early in her career from artists such as Getz, Sinatra, Ray Charles and others, she now feels a responsibility to the next generation of players, she said. She regularly teaches master classes at universities, high schools and middle schools across the country, and will host a free workshop at The Oxford Hotel on Saturday.

Every artist this season will participate in the workshops, which are spearheaded by local jazz musician and educator Georges Bouhey and take place Saturdays before the shows.

“We really want to make this grow and inspire kids,” Lamb said. “I remember when artists came to my school and how inspiring it was.”