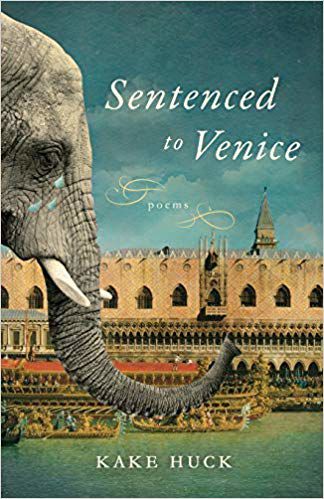 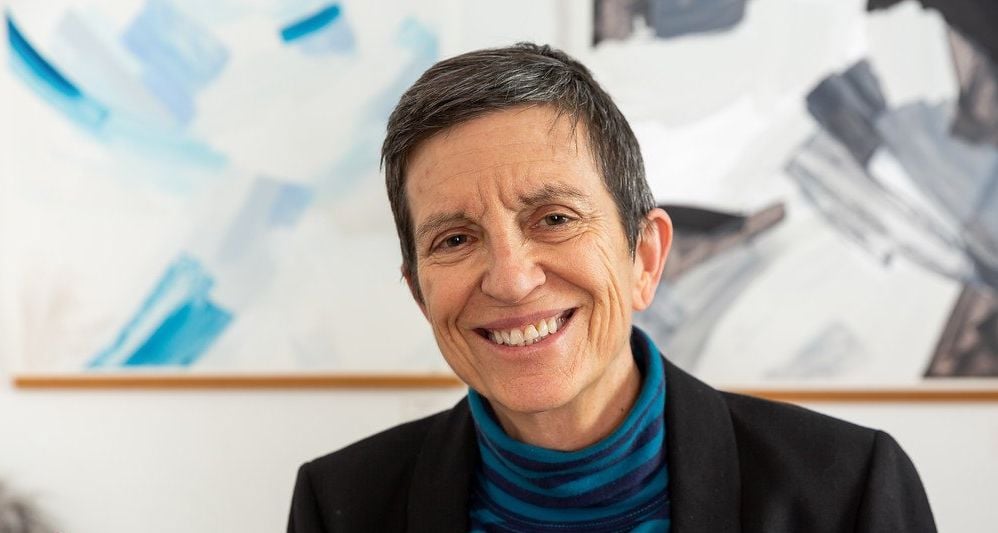 Bend writer Kake Huck wrote the poems in the new collection “Sentenced to Venice” on a monthly basis over seven to eight years.

Poet Kake Huck characterizes herself as a “desultory poet” in materials for her new collection, “Sentenced to Venice.” “Desultory,” in case you’ve forgotten, means “lacking a purpose, plan or enthusiasm.”

Huck uses the d-word because the poems took her between seven and eight years to complete. The poet wrote them at the rate of one per month, for monthly meetings with their former writing group.

“I just was not driven,” Huck said.

It’s true that Huck is not compelled to crank out poems at the same rate as for their previous book, “Murderous Glamour,” which she self-published in 2015.

“I wrote it in two weeks,” said Huck, who prefers nonbinary pronouns. “I was writing four poems a day. So it was like the opposite of that process.”

However, it’s not altogether accurate to say that Huck is not driven. The poet discussed their life and the book, recently published by Bend’s Dancing Moon Press, as well as their other writing efforts over a recent cup of coffee.

Each poem in “Sentenced to Venice” is a single sentence, but as Bend author Ellen Waterston writes in a blurb on the back cover, “You … will travel in the company of poems so beautifully rendered you won’t notice each is only one sentence long.”

The idea to follow that one-sentence technique through the entire book came to Huck after writing her first poem to make it in the collection, “My Favorite Room at Peggy Gugenheim’s,” which is also the book’s longest poem.

“I realized when I finished it that it was a single sentence, and then I thought, ‘Wow, let’s see if I can continue doing this.’ And so for the next 7 to 8 years, I was writing a single sentence every month,” Huck said with a chuckle.

At the moment, Huck does not have a writing group. They left their former group after founding member and longtime Bend poet Judith Montgomery moved to Portland a while back. But Huck does some writing and editing early each day at The Haven Coworking, a space on SW Disk Drive overlooking the Deschutes River. Outside of poetry, Huck is also writing the type of book they like to read, a murder mystery about opera stars set in 1943. Its working title: “The Morlete File.”

“I’ve been working on it for 10 years,” Huck said. “I’m a sprinter, not a marathoner, but there’s a lot of things that I want to say before I die that are going to best be said in a novel. So I keep trudging away at it, but it’s not a natural form for me.”

Huck retired in 2014 after teaching speech communication at Central Oregon Community College for just under 25 years.

“I’m good around people about 20 hours a week, and the job at COCC was perfect for me, because that was it,” they said. “I had my office hours, and taught my classes, and then I could go home and do the rest of the work at home. I’m right in the middle between an extrovert and an introvert, whenever I test out, so I really need time when I’m away from other humans.”

When Huck was teaching, they went by Karen Huck.

“I see my writing life, and my teaching life, as somewhat different,” Huck explained. “This is the way I used to think of it: As a writer, I tend to be inspired by melancholy — you can see a lot of that in the ‘Venice’ book. There’s a number of elegiac poems. And I am a depressive, and I have that side of my personality. I don’t do a lot of happy writing, whereas, as a public speaking teacher, I had to be optimistic, constantly positive, celebrating the future, telling my students, ‘You can do it.’ … So really, for a long time, I needed two selves to live that life.”

The poet is also active in Trinity Episcopal Church and is a volunteer at The Family Kitchen, which feeds healthy meals to the hungry. Huck is also the “carer” — her preferred word for it — of her husband of 46 years, Will Huck.

“Sentenced to Venice” is dedicated to Will, with whom she visited Venice twice. The first time was in the fall of 2001, when they were in Florence, Italy, for a couple of months with a COCC study abroad program.

“We visited Venice for just a weekend during that period,” Huck said. “And then, we went back in 2011, and that was our last trip overseas.”

“If you read the poem ‘Mortality,’ you’ll see that it was also a time of me really noticing how much he’d aged,” Huck said.

Huck will read at Rose City Book Pub in Portland on Thursday, and will discuss the book in conversation with fellow poet Peter Lovering in January in Bend.

“When I went back and reread all the poems to pick which ones I was going to read … I realized these are good poems,” Huck said. “I am very proud of this book, which my first book … is pretty hit or miss.”

That’s not to say writing has gotten easier.

“I won’t say it’s always hard. It’s hard sitting down,” Huck said. “If I sit down and have a space and a focus, I can write. But getting my a — in the chair is always the challenging part.”

Huck urges readers to order “Sentenced to Venice” through independent bookstores — it’s in stock at Roundabout Books and Dudley’s Bookshop Cafe in Bend — and can also be purchased at Amazon.

What: Bend poet Kake Huck reads from "Sentenced to Venice"

What: Huck discusses "Sentenced to Venice" in a conversation with Peter Lovering