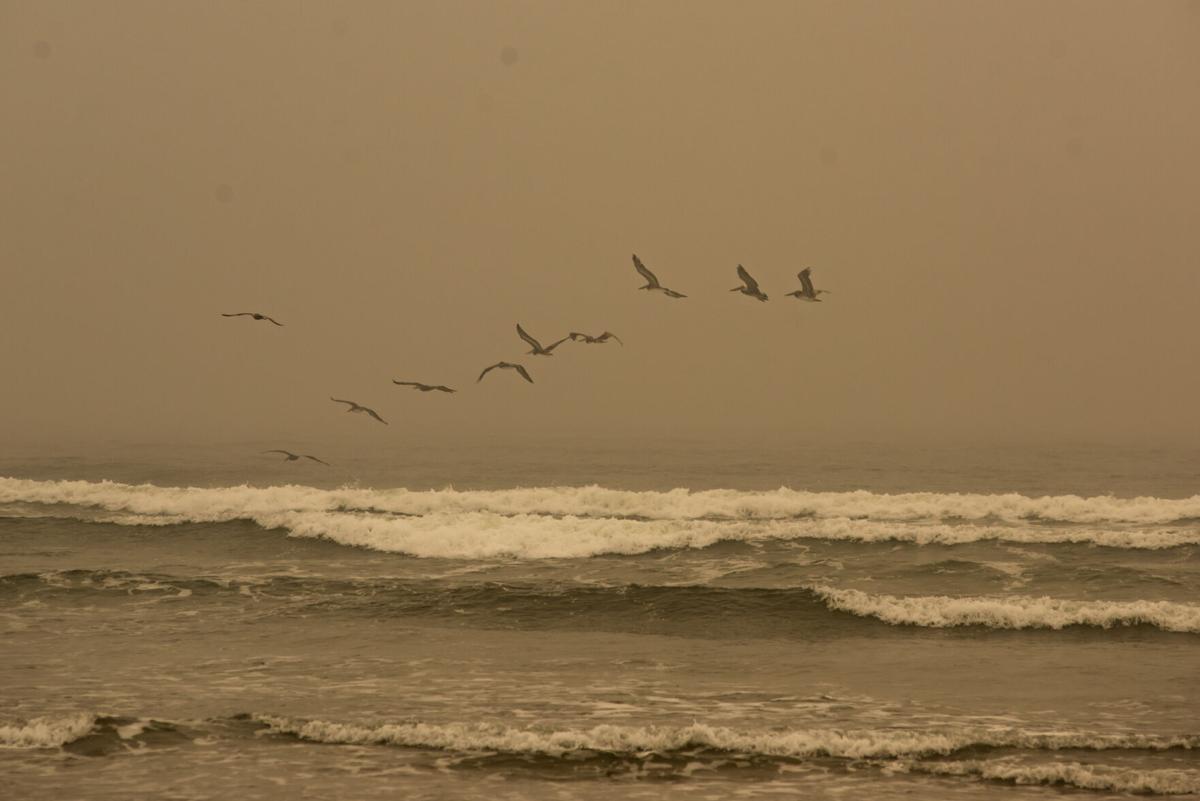 A fleet of pelicans dives for the waves on a smoky evening at Cannon Beach in September. 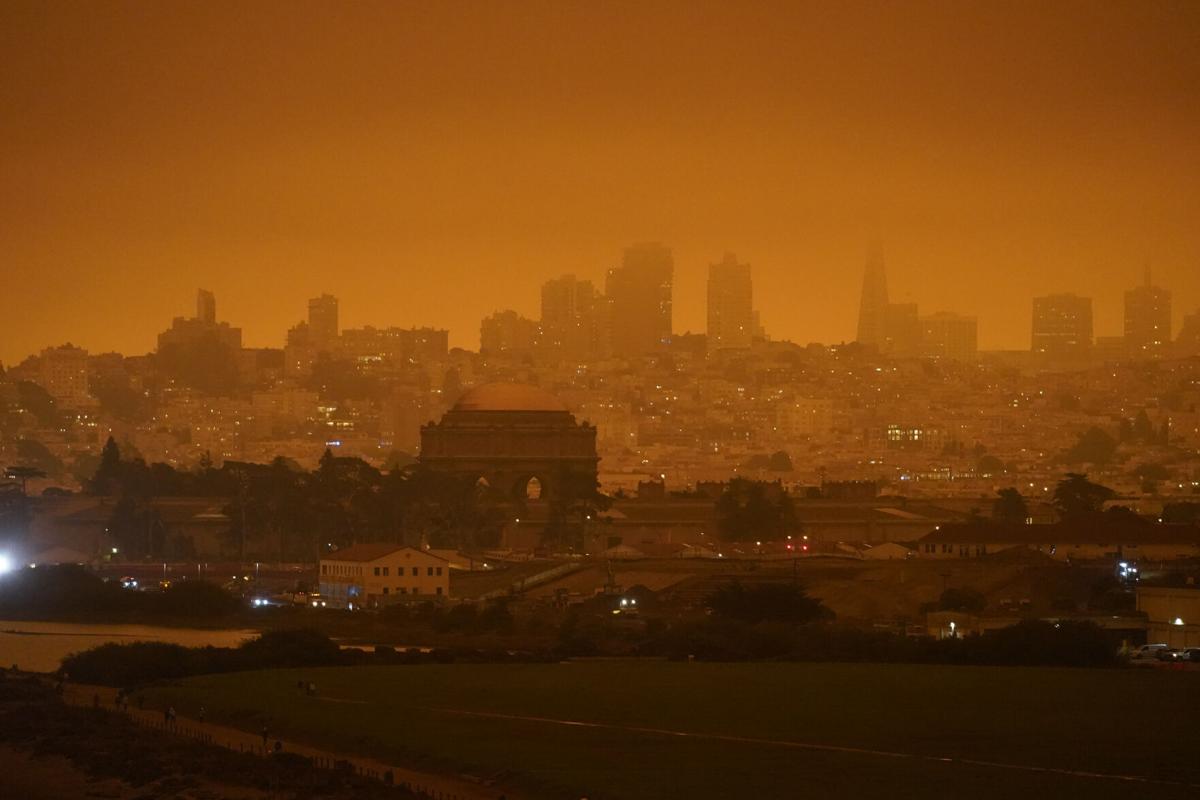 In this Sept. 9, 2020, file photo, the San Francisco skyline in the distance behind Crissy Field is barely visible due to smoke from wildfires burning across California. Researchers say smoke from wildfires accounted for up to half of all small particle air pollution in parts of the western U.S. in recent years

A fleet of pelicans dives for the waves on a smoky evening at Cannon Beach in September.

In this Sept. 9, 2020, file photo, the San Francisco skyline in the distance behind Crissy Field is barely visible due to smoke from wildfires burning across California. Researchers say smoke from wildfires accounted for up to half of all small particle air pollution in parts of the western U.S. in recent years

BILLINGS, Mont. — Wildfire smoke accounted for up to half of all health-damaging small particle air pollution in the Western U.S. in recent years as warming temperatures fueled more destructive blazes, according to a study released Monday.

Even as pollution emissions declined from other sources including vehicle exhaust and power plants, the amount from fires increased sharply, said researchers at Stanford University and the University of California, San Diego.

The findings underscore the growing public health threat posed by climate change as it contributes to catastrophic wildfires such as those that charred huge areas of Oregon and California in 2020. Nationwide, wildfires were the source of up to 25% of small particle pollution in some years, the researchers said.

'Many, many people will see wildfire smoke'

“From a climate perspective, wildfires should be the first things on our minds for many of us in the U.S.,” said Marshall Burke, an associate professor of earth system science at Stanford and lead author of the study.

“Most people do not see sea-level rise. Most people do not ever see hurricanes. Many, many people will see wildfire smoke from climate change,” Burke added. The study was published in the Proceedings of the National Academy of Sciences.

The researchers used satellite images of smoke plumes and government air quality data to model how much pollution was generated nationwide by fires from 2016 to 2018 compared to a decade earlier. Their results were in line with previous studies of smoke emissions across earlier time periods and more limited geographic areas.

Large wildfires churn out plumes of smoke thick with microscopic pollution particles that can drift hundreds or even thousands of miles. Driving the explosion in fires in recent years were warmer temperatures, drought and decades of accumulated brush, small trees and other fuels in forests.

There's little doubt air quality regulations helped decrease other sources of pollution even as wildfire smoke increased, said Loretta Mickley, an atmospheric chemist at Harvard University. But it’s difficult to separate how much of the increase in smoke pollution is driven by climate change versus the forest fuel buildup, she added.

Mickley and researchers from Colorado State University also cautioned that fires can vary significantly from year to year because of weather changes, making it hard to identify trends over relatively short periods such as the decade examined in the new study.

An AP analysis of data from government monitoring stations found that at least 38 million people in California, Oregon, Washington, Idaho and Montana were exposed to unhealthy levels of wildfire smoke for at least five days in 2020. Major cities in Oregon suffered the highest pollution levels they had ever recorded.

Smoke particles from those wildfires were blamed for health problems ranging from difficulty breathing to a projected spike in premature deaths, according to health authorities and researchers.

The new study matches up with previous research documenting the increasing proportion of pollution that comes from wildfire smoke, said Dan Jaffe, a wildfire pollution expert at the University of Washington. Jaffe added that it also raises significant questions about how to better manage forests and the role that prescribed burns might play.

“We have been making tremendous progress on improving pollution in this country, but at the same time we have this other part of the puzzle that has not been under control," Jaffe said. “We’re now at the point where we have to think about how to manage the planet a whole lot more carefully than we’ve done."

Copyright 2021 The Associated Press. All rights reserved. This material may not be published, broadcast, rewritten or redistributed without permission.