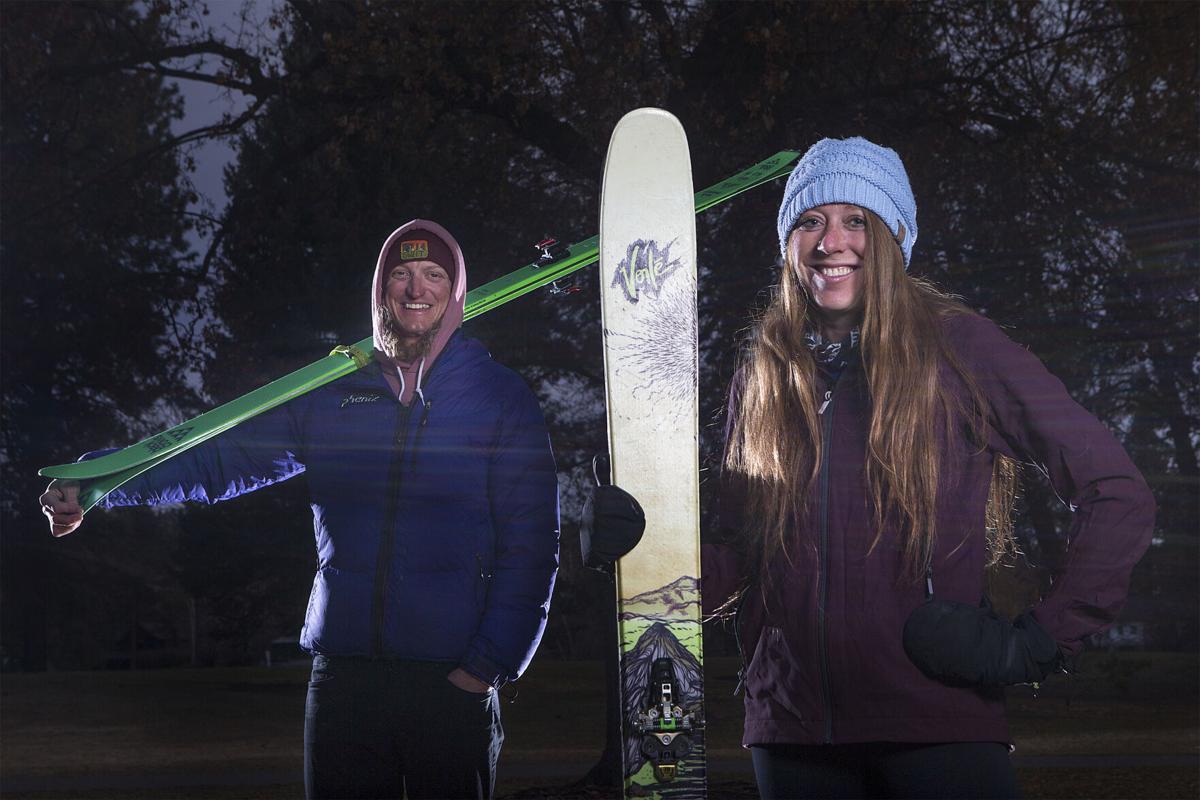 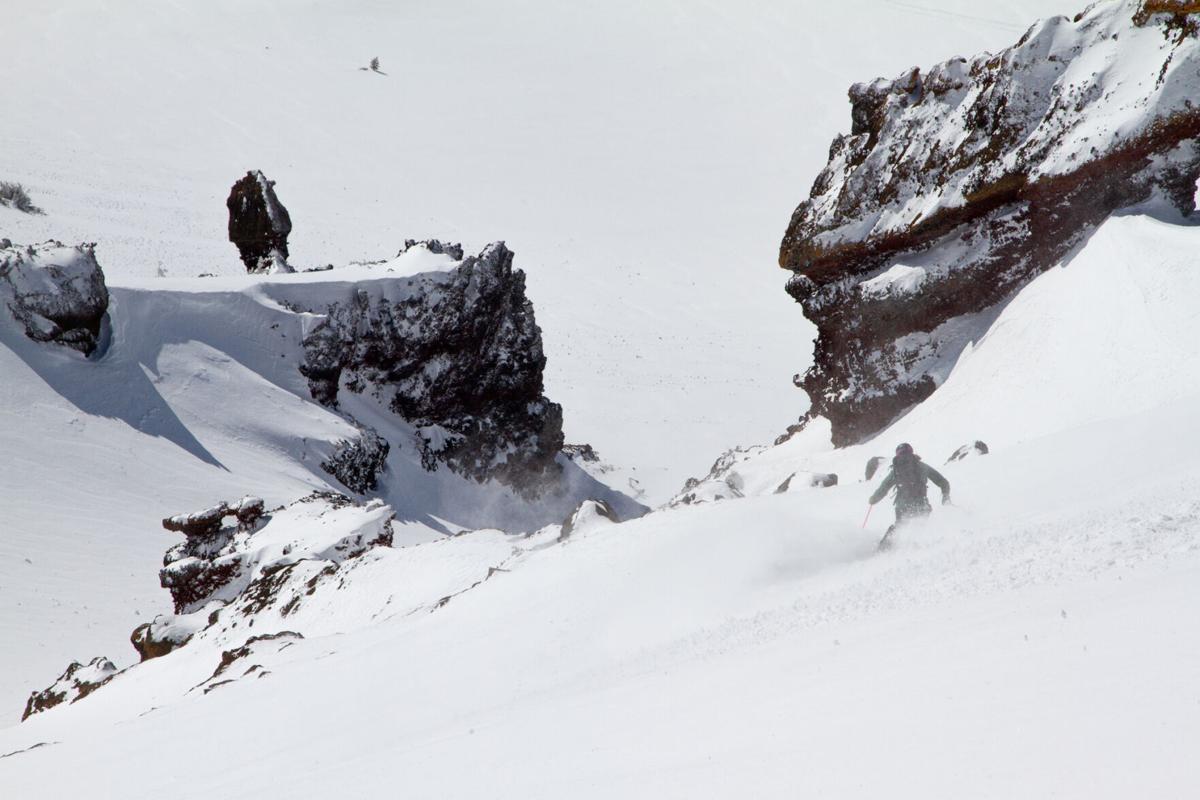 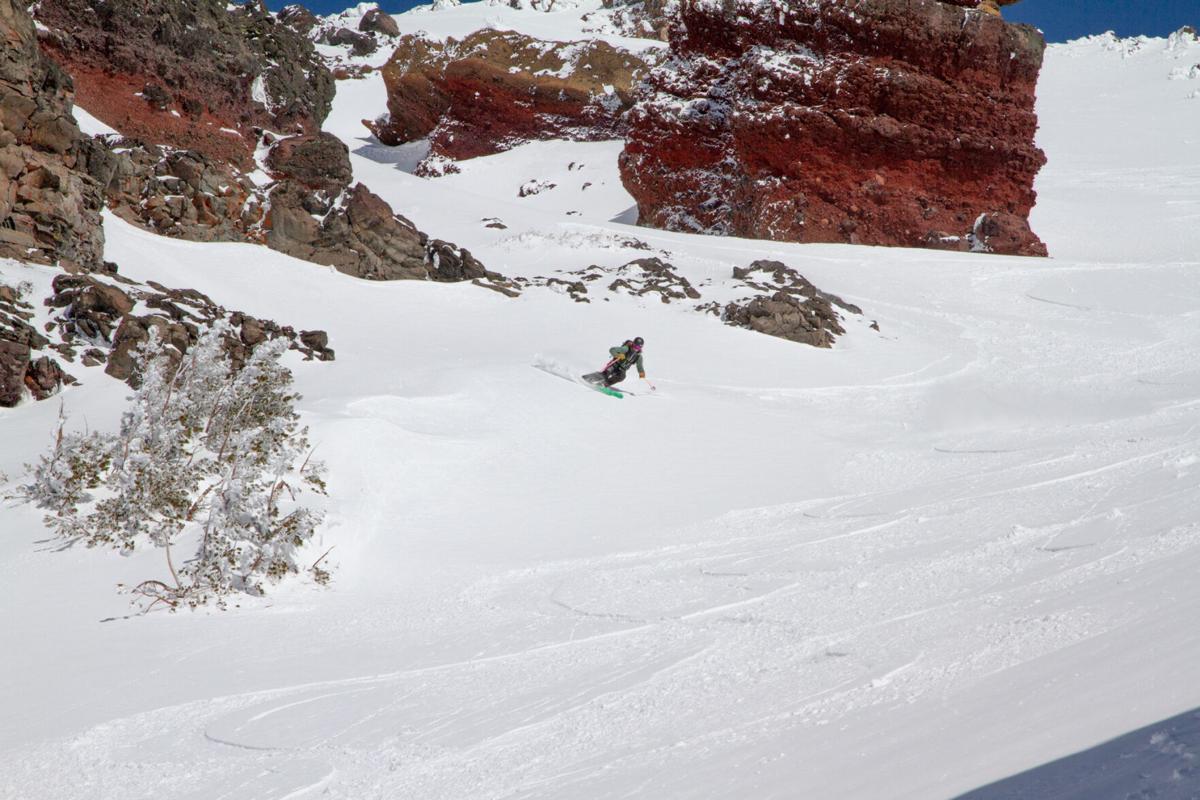 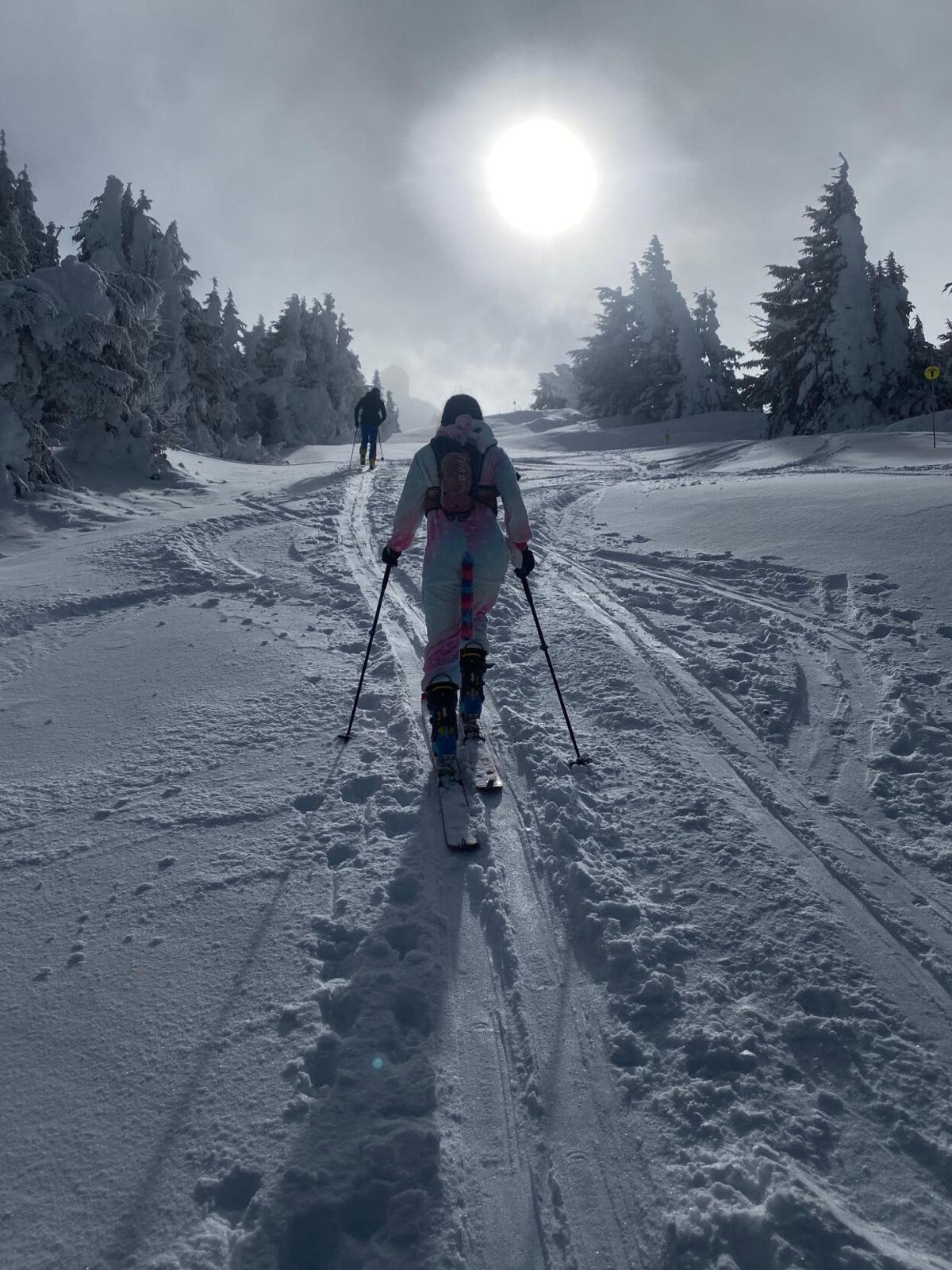 Bend’s Emily Keddie makes her way along the skin track up Mount Bachelor as part of the Virtual VertFest earlier this month.

Bend’s Emily Keddie makes her way along the skin track up Mount Bachelor as part of the Virtual VertFest earlier this month.

This was Barry Wicks’ chance to live out the ski-bum dream.

And, man, did he make the most of it.

Wicks, a Bend resident and cyclist by trade, recently won the Central Oregon Avalanche Center’s Virtual VertFest, climbing and skiing a total of 137,469 vertical feet over nine days from Feb. 27 to March 7.

Wicks, who often summits and then skis down Cascade volcanoes during the spring, knew he could take the time off to maximize his vertical feet over the nine days. The avalanche center typically stages its VertFest as a one-day event at Mt. Bachelor ski area, but this year, due to COVID-19, the virtual event had a nine-day window and competitors could log their vertical feet anywhere they wished.

Still, most stuck to Bachelor, which has a free, easily accessible skin track up the cinder cone and then along Ed’s Garden run up to the Pine Marten Lodge.

Wicks, 39, went to Tumalo Mountain on the first day of the virtual event and promptly skied 11 laps up and down, which took nearly 11 hours. The next day, he headed to Bachelor and began living out of his van.

“It was four cone laps plus nine Pine (Marten) laps every day,” said Wicks, the sports marketing director for Kona Bikes and former pro mountain bike and cyclocross racer. “That took 8.5 or 9 hours to do. That was more achievable.”

“It’s a great workout,” Keddie said. “I just enjoy pushing myself at long distances for a long amount of time. Backcountry skiing lends itself to that really well. It’s a really healthy, low-impact exercise. It’s really versatile. You can keep it low-key and just tour around. Or you can go up mountains and back down.”

Like Wicks, Keddie also logged most of her vertical feet at Bachelor, but also ventured to Vista Butte and Tumalo Mountain. Backcountry skiing is at the heart of the event, and both Wicks and Keddie are avid backcountry skiers who love venturing out into the Central Oregon Cascades to earn their turns.

Wicks said he enjoys summiting and skiing vaunted Cascade volcanoes such as Broken Top, Mount Jefferson, Mount Thielsen and Mount McLoughlin, especially in the spring when the snowpack is typically more stable.

“In the springtime, that’s when you can really go exploring, getting up in the big mountains and high alpine, where in the winter it’s super stormy or super dangerous avalanche conditions,” Wicks said. “In spring you can do massive tours. Spring is my favorite time to go touring.”

Wicks said he would have preferred to log all his vertical feet for the VertFest in the backcountry, but Bachelor made it much more convenient, as the resort has avalanche controls and a set skin track.

“I didn’t have to worry about avalanche hazard or anything skiing at the mountain, so that was pretty sweet,” Wicks said. “It was very popular. A lot of people were out there doing it. For me it was just a personal challenge. I really like backcountry skiing and touring. Coming from a cycling background, just being able to go out in the woods and explore and travel around is really appealing to me.”

Most backcountry skiers use alpine touring gear and apply climbing skins to their skis to skin up the mountain. With AT gear, their heels are free for skinning and then can be locked down for skiing. Snowboarders do the same with split boards. Backcountry snowriders should be prepared with transceivers, probes and shovels and know how to use them in case of an avalanche. The Central Oregon Avalanche Center (coavalanche.org) provides avalanche forecasts and backcountry observations on its website as a way of informing backcountry enthusiasts of snow conditions and avalanche risks.

Wicks, whose father was a ski patroller at Timberline, grew up skiing at Mount Hood.

“If you look at the ski industry, backcountry skiing is the fastest-growing segment,” Wicks said. “There’s huge numbers, this year especially with the pandemic. Backcountry is really having a renaissance moment, and terrain near Bend is just so accessible. There’s so much cool skiing you can get to, if you’re willing to put in that effort and that physical exertion, there’s just sort of endless things to explore.”

Keddie moved to Bend 3.5 years ago from Lake Placid, New York. She learned to ski just six years ago and had her first backcountry experience on Whiteface Mountain.

She said she plans to climb and ski Mount Hood, Mount Adams and Mount St. Helens this spring, and she is also training for several ultramarathons this coming spring, summer and fall, including the Moab (Utah) 240-Mile Endurance Run in October. Backcountry touring is actually an effective way to train for ultrarunning events, Keddie noted.

“Lots of miles, lots of vert and no injuries,” Keddie said. “Little impact on the joints, and a great way to build strength in my legs.”

Wicks, meanwhile, also plans to continue to enjoy the backcountry with friends.

“The aspect I like about the touring is it’s not really about the skiing,” Wicks said. “That’s kind of a misconception about backcountry skiing. When you’re touring you don’t actually ski that much. It’s a lot of walking around the woods and a little bit of skiing. If you’re really into skiing, I don’t know if it’s best. But if you’re just into being outside and going for a long walk with your friends and having really good snacks out in the woods, it’s a really great thing to do.”

I met Emily in September on her run up and down all three Sisters in less than half a day. She is one heck of a focused and motivated young woman. Kudos!