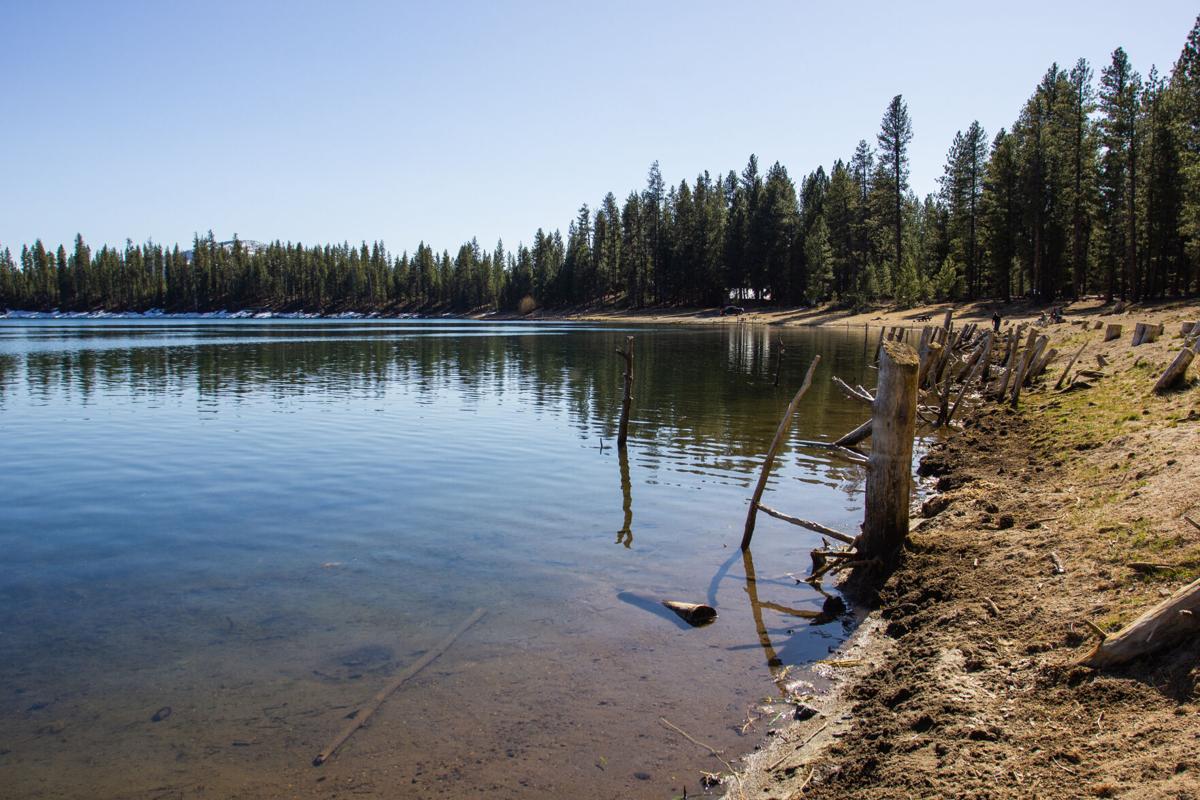 The shoreline at South Twin Lake is home to many snags outside the day use beach area. 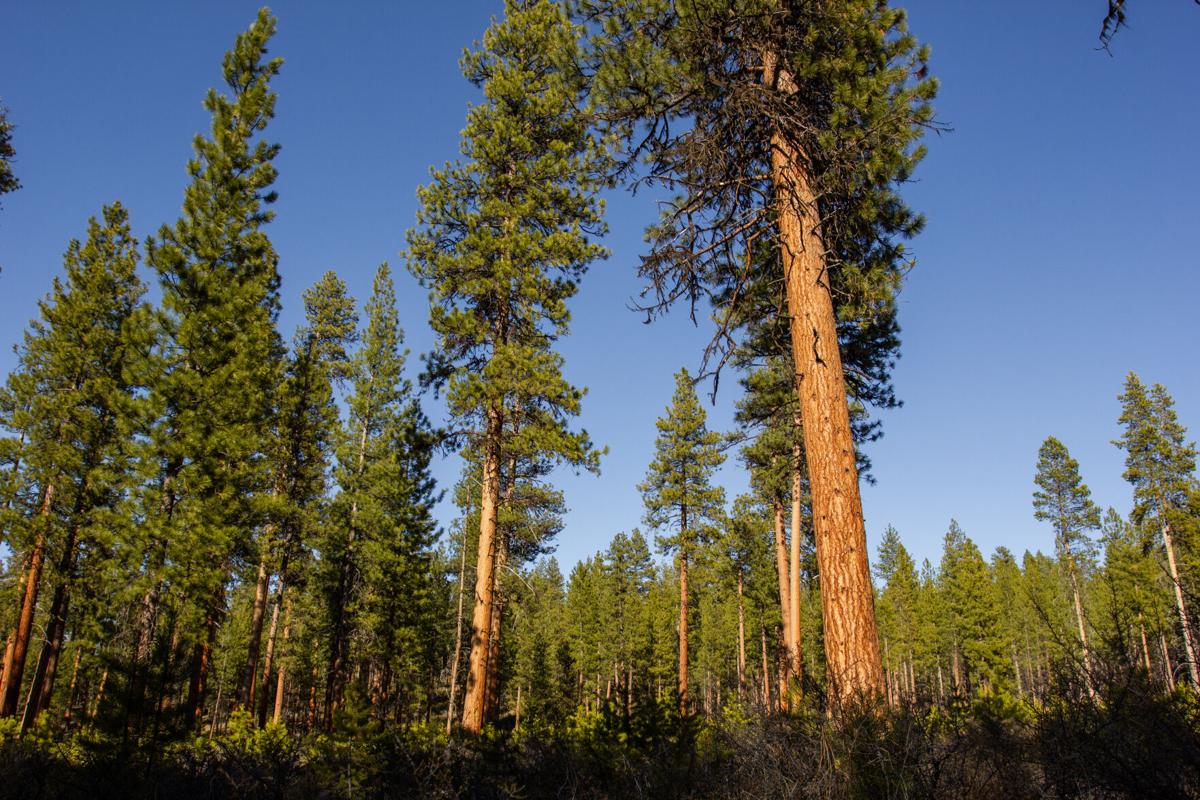 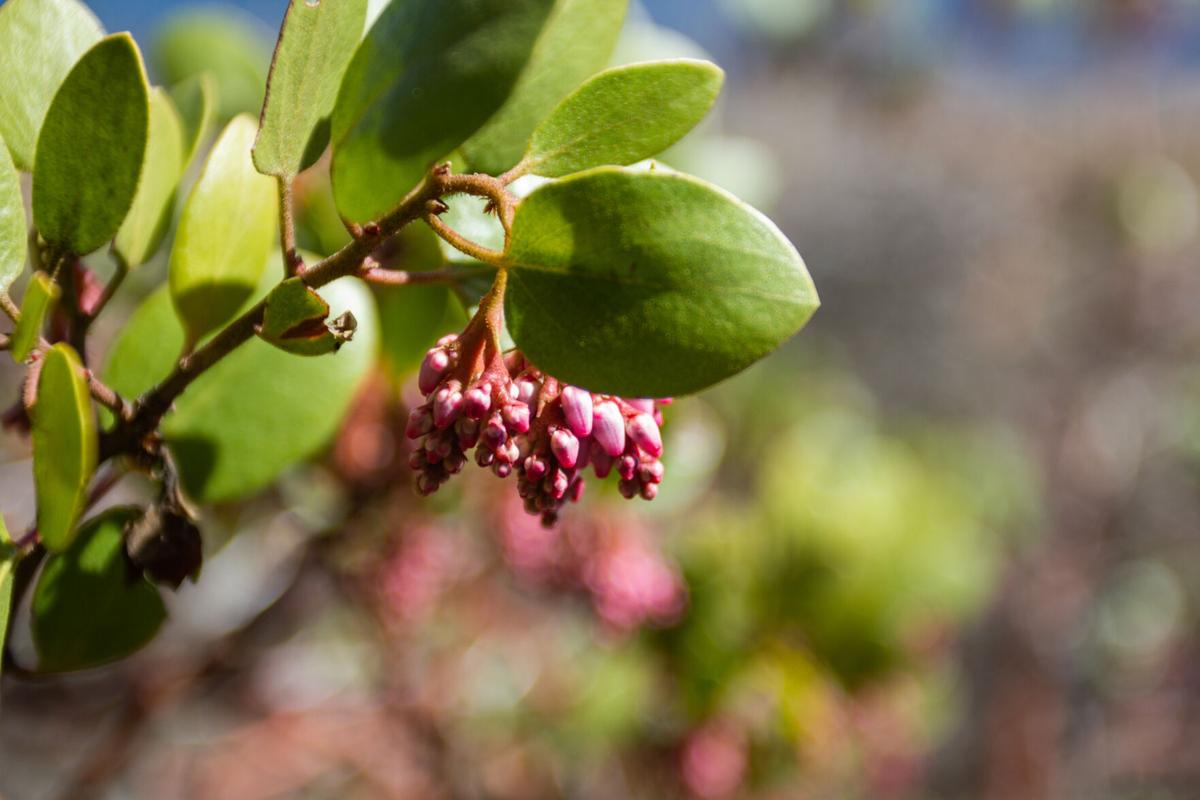 Manzanita berries begin to grow in along the shores of South Twin Lake. 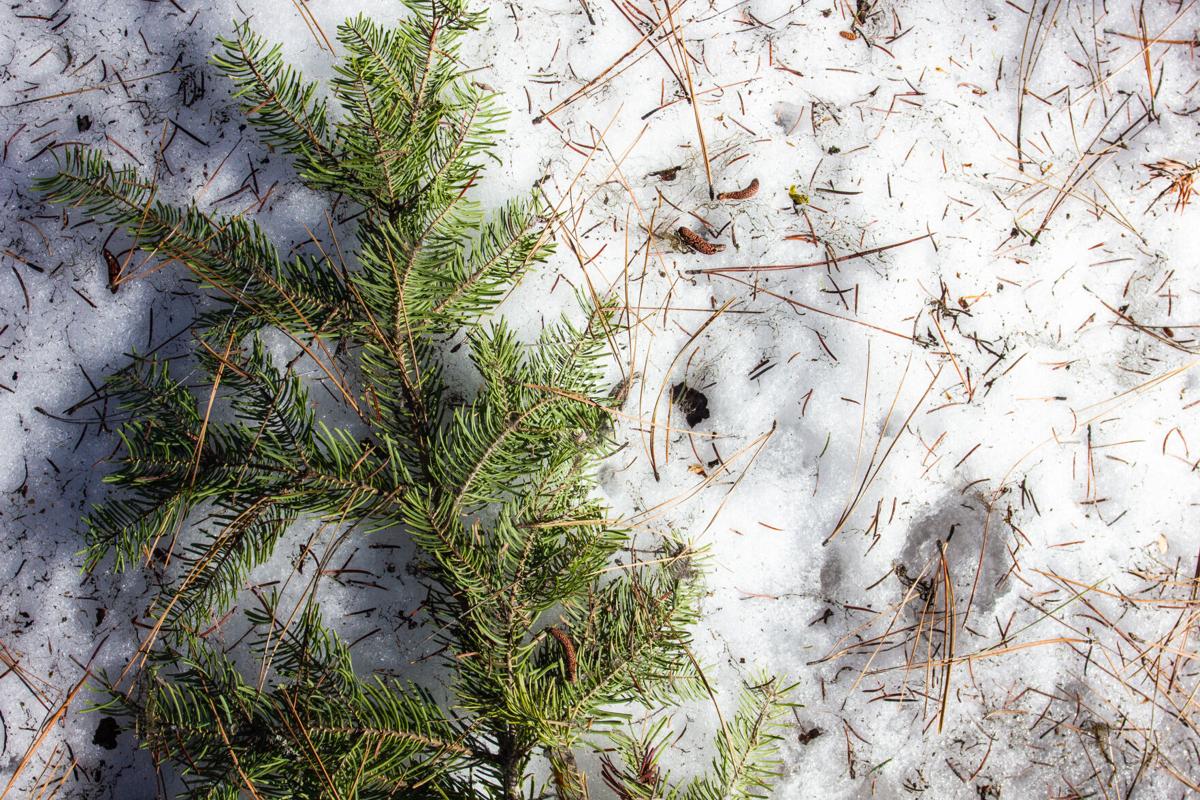 A pine bough lay in a snow patch along the North Twin Lake trail. The trail currently has moderate deadfall and several patches of snow that remain.

The shoreline at South Twin Lake is home to many snags outside the day use beach area.

Manzanita berries begin to grow in along the shores of South Twin Lake.

A pine bough lay in a snow patch along the North Twin Lake trail. The trail currently has moderate deadfall and several patches of snow that remain.

The brilliant, crystal blue sky opened wide above the modest South Twin Lake while a variety of goldeneyes, canvasbacks and mallard ducks glided gracefully along the surface without being disturbed by boats or swimmers that fill the shores come summer.

South Twin Lake and its nearly identical neighbor, North Twin Lake, sit directly northwest of Wickiup Reservoir off S. Century Drive near La Pine. The southern sibling is home to the Twin Lakes Resort, which reopens for the season April 20 with its restaurant opening April 22, meaning that summer is truly on the way for Central Oregon.

Like many Central Oregonians, I have spent long summer days basking on the wide beaches and swimming in the cool waters, but I haven’t seen it when snow still clings to the southern shore.

As that snow continues to melt and temperatures steadily rise, the serenity the ducks had on the lake will diminish as the popularity of the lakes increases.

The lakes are popular summer destinations for families looking for a day out on the lake. Their small sizes of 112 and 99 acres (North and South respectively) and tree-lined shores make them less windy compared to other lakes in the area when the afternoon comes, and because of their restriction on motorized boats, they make safe places for swimming.

If swimming isn’t your thing, South Twin has a trail skirting the circumference of the lake clocking in at about 1.5 miles. The trail also connects through an unmarked spur trail to the North Twin Lake Trail, which is a little less than 2 miles around. The connecting trail is about a half-mile clockwise from the day-use area and leads uphill before descending into a lodgepole and ponderosa pine stand and clearing on the way to the northern neighbor.

South Twin is also one of the few lakes in the Deschutes National Forest that does not allow dogs in the day-use area, and those found bringing their pooches can face a $100 fine. The reason, according to the U.S. Forest Service’s website, is for safety due to the number of kids and families who frequent the long shoreline and for sanitation reasons, as there is no natural outlet for the lake and clarity becomes an issue later in the season.

At the time of writing, the day-use area at South Twin and boating area at North Twin are closed as the Forest Service readies the areas for the summer season and removes hazardous trees. Currently, there are a lot of downed logs and branches from the winter needing to be cleaned out before it’s ready for the masses. The trails, too, have a fair amount of dead trees over the path, as well as small sections of snow, but most can be maneuvered around or over fairly easily.

About 20,000 years ago, magma met with groundwater and created a steam eruption forming a shallow crater that eventually filled with water — the two lakes we see today.

North Twin Lake shows off the crater with the surrounding low hillsides cupping the lakewater.

Both lakes are stocked regularly with rainbow trout and are open year-round for fishing, if you can reach them that is. The road out to the lakes is not maintained during the winter season but currently is mostly clear, with only the south side of the road still seeing some spots of snow.

But with warmer weather on the way, they shouldn’t last long.

While neither lake can rank highly on the breathtaking factor — after all, Central Oregon is full of stunning waterways that make for some stiff competition — they are still stalwart locales for families spending those long summer days on the water. This means that both can get quite busy, South Twin especially, once the season really swings into gear.

The campgrounds at both lakes are also looking to be popular this year. Both require online reservations through recreation.gov, as do all campgrounds within the Deschutes National Forest (save for Cinder Hill, Paulina Lake and Prairie campgrounds). They will open for the season on May 28, and sites at South Twin are already fairly booked on the weekends through the summer.

With more and more people accessing our natural areas than ever before, it’s important to either prepare to arrive at a lake or trail early or to plan an alternate destination if a location is crowded and parking is full.

And as some areas will be subject to the Central Cascade Wilderness Permits starting Memorial Day weekend, areas like the Twin Lakes, which do not require the passes (South Twin does require a $5 day-use permit or a Northwest Forest Pass), may be even more popular than ever.

Makenzie Whittle is a Bend native. She and her family have taken day trips since she was an infant, exploring the far-reaching corners of Oregon. She continues the tradition today and can be reached at 541-383-0304 or mwhittle@bendbulletin.com