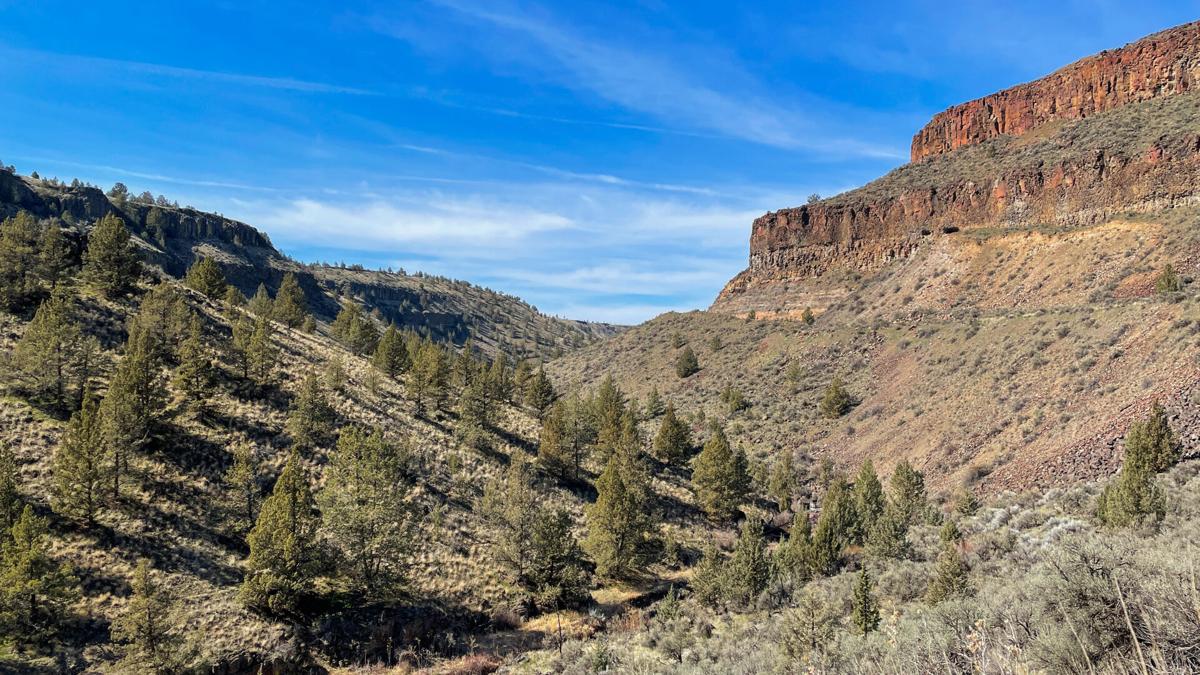 The Willow Creek Canyon near Madras. 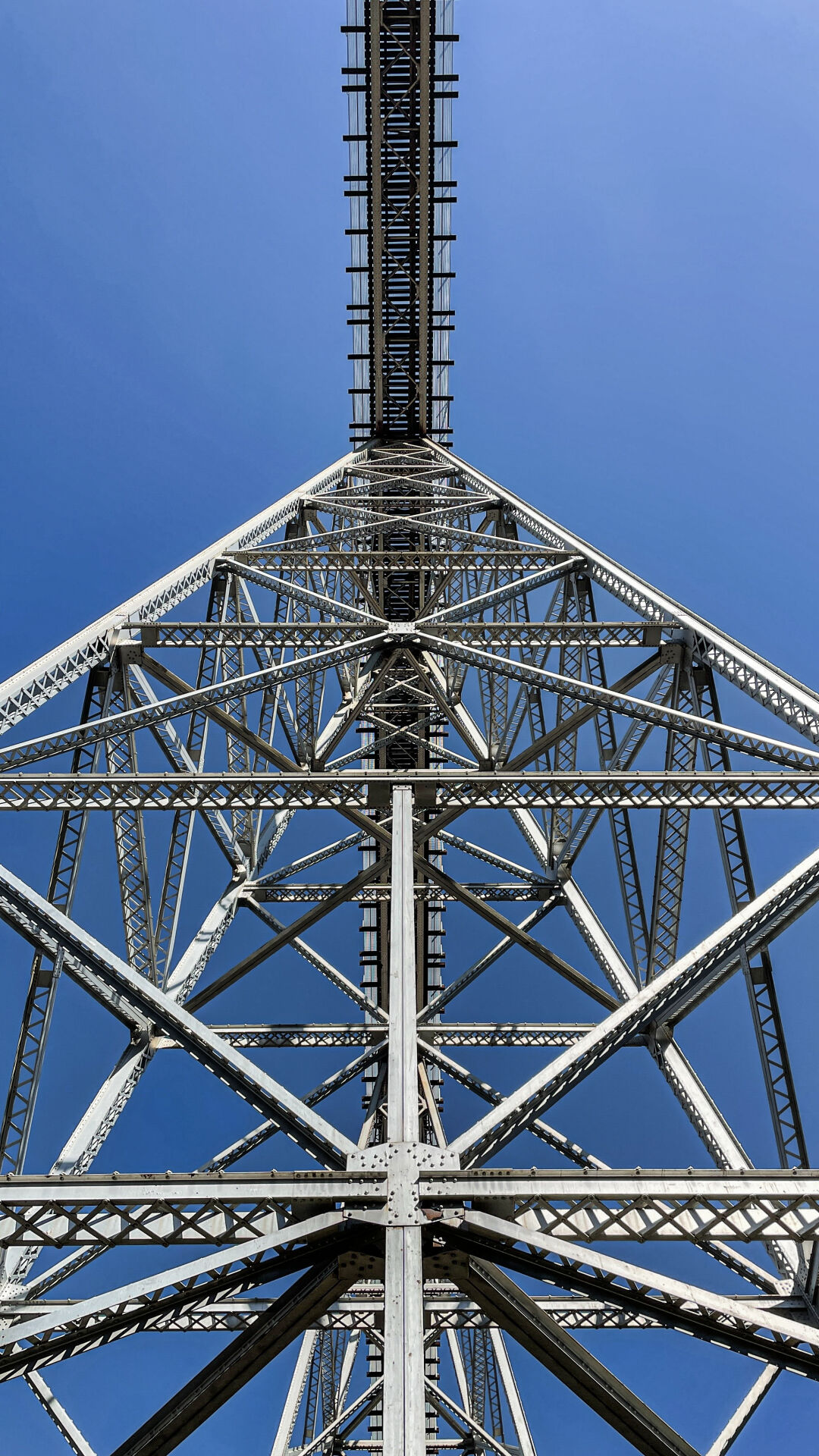 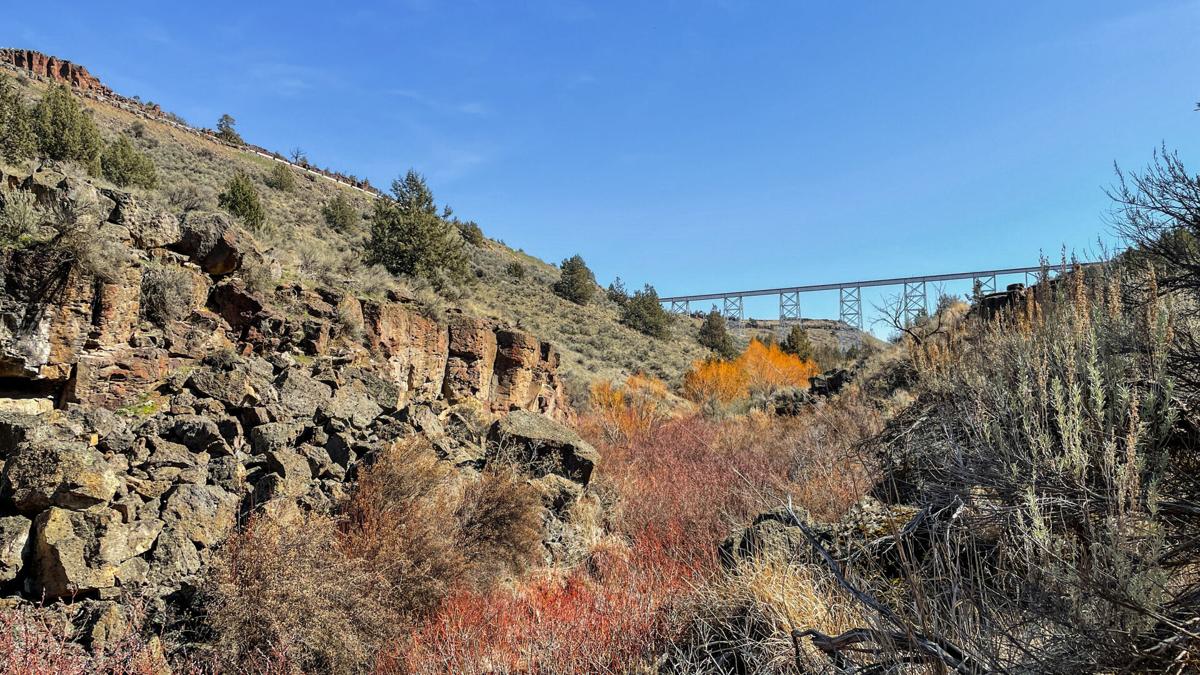 Willow Creek is surrounded by willow trees and basalt lava rocks on either side. The creek was dry as of March 13. 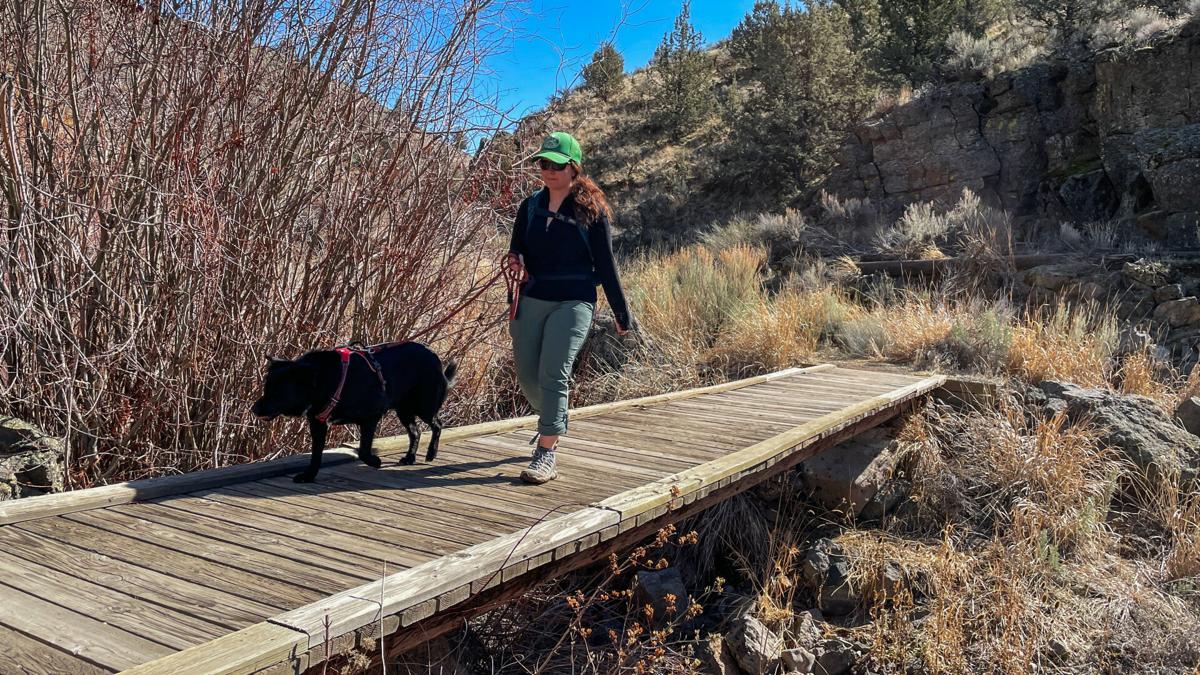 Heather Whittle and her dog Django walk along the bridge on the Willow Creek Canyon Trail. 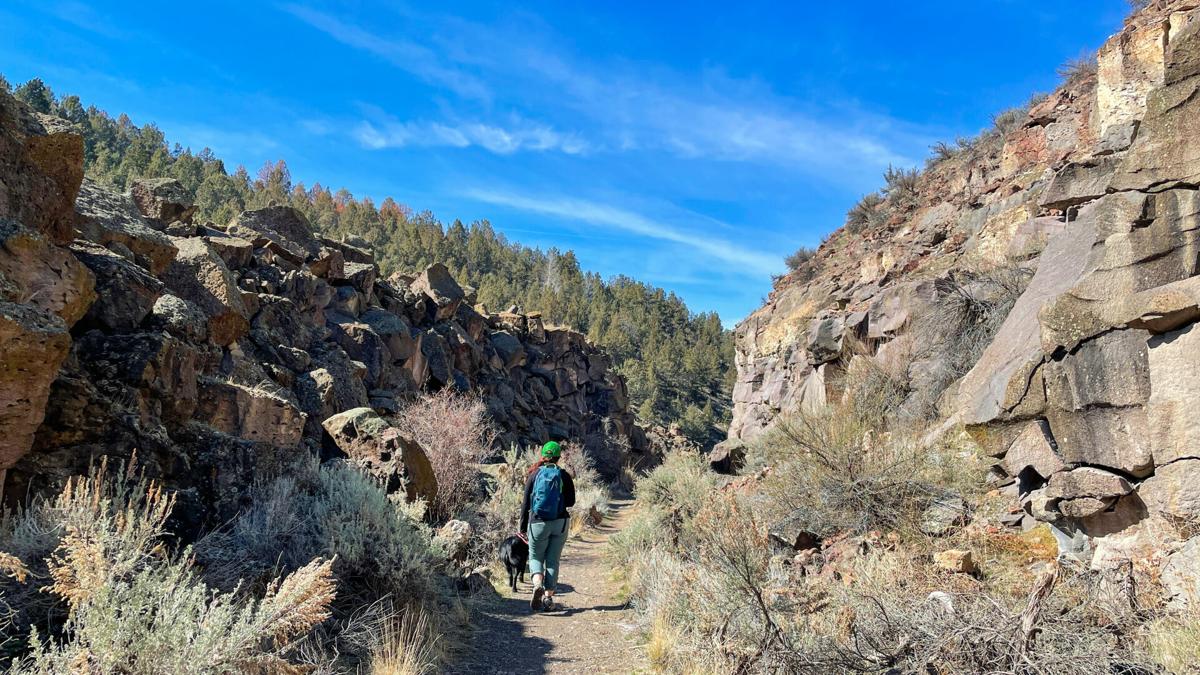 Heather Whittle walks through a cutting in the rocks along the Willow Creek Canyon Trail. 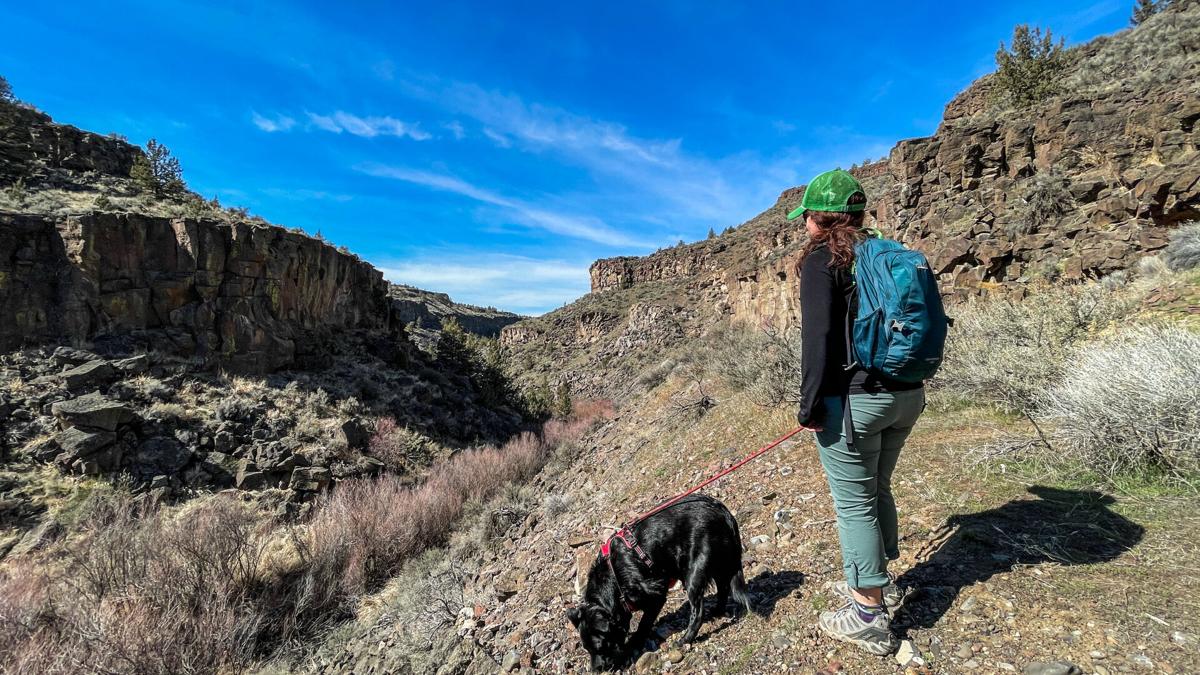 Heather Whittle looks over the Willow Creek Canyon while the dog Django sniffs the ground. 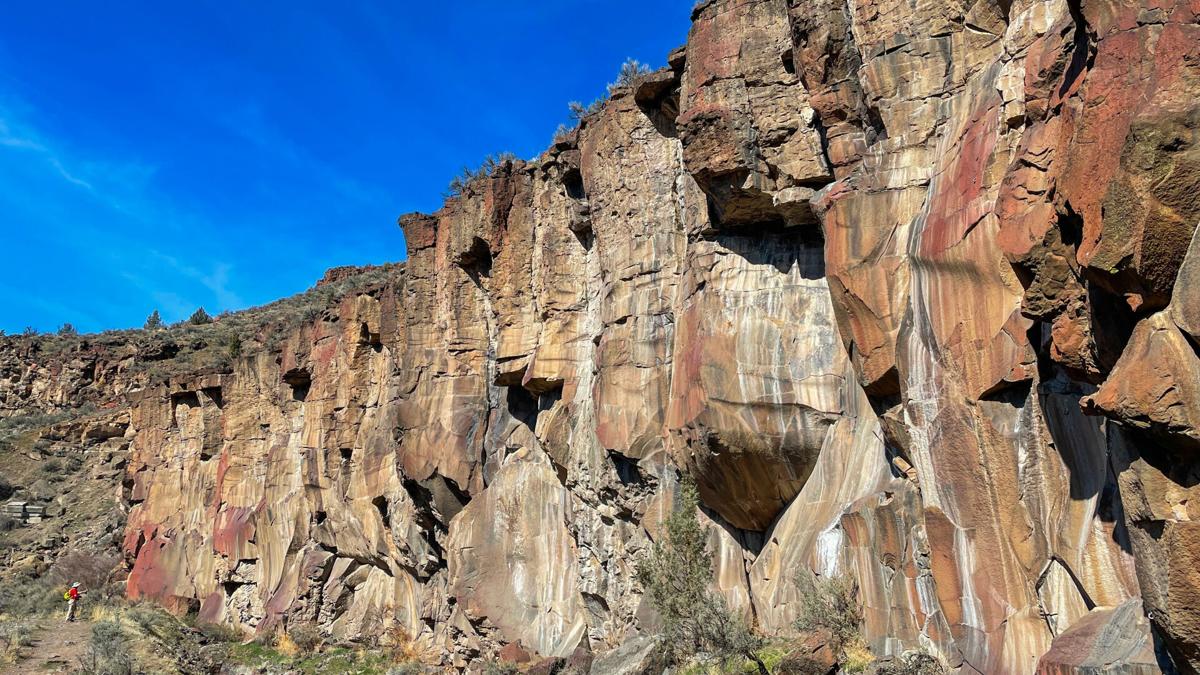 A hiker looks on Barndon’s Cliff, a climbing area along the Willow Creek Canyon Trail. 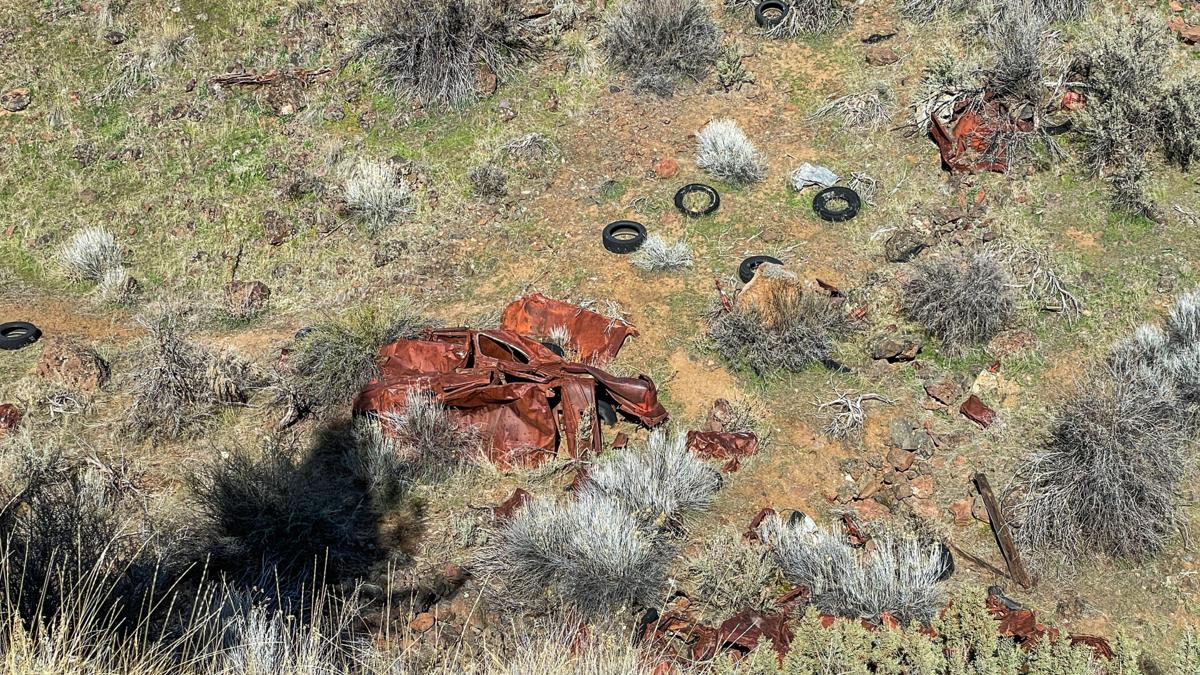 An old car rusts in a gully next to the Willow Creek Canyon Trail near Madras. This is one of several vehicles and other rusted materials left in the area.

The Willow Creek Canyon near Madras.

Willow Creek is surrounded by willow trees and basalt lava rocks on either side. The creek was dry as of March 13.

Heather Whittle and her dog Django walk along the bridge on the Willow Creek Canyon Trail.

Heather Whittle walks through a cutting in the rocks along the Willow Creek Canyon Trail.

Heather Whittle looks over the Willow Creek Canyon while the dog Django sniffs the ground.

A hiker looks on Barndon’s Cliff, a climbing area along the Willow Creek Canyon Trail.

An old car rusts in a gully next to the Willow Creek Canyon Trail near Madras. This is one of several vehicles and other rusted materials left in the area.

Nothing beats hitting a Central Oregon trail in springtime.

Hikers can enjoy great views and interesting geological features, bikers can find an easy path along a creek and even climbers can spend an afternoon hugging a rock face.

No, this isn’t the ever-popular, and usually overcrowded, Smith Rock State Park; this is Willow Creek Canyon, located on the outskirts of Madras.

While the canyon may not be as breathtaking as its southern counterpart — or as meticulously maintained — it still offers an easy trail for hikers and bikers along with surprisingly good vistas to gander at along the way.

The 6.4-mile, one-way trail starts just east of the BNSF train trestle as it passes SW Canyon Road and follows Willow Creek until it enters Lake Simtustus. The path is what remains of an old train grade built in the early 1900s for the Deschutes Railroad as it made its way from Central Oregon to the Columbia River.

The tracks may be gone, but the rock cutouts for steam locomotives that once chugged along and the fairly level path remain, now making a worthwhile High Desert hike.

On Central Oregon’s recent 60-plus-degree day, my sister Heather and I ventured north to Willow Creek, knowing little about what the trail had to offer.

The trail passes under the towering trestle bridge and follows the creek bed west (Willow Creek is currently dry until about the halfway point of the trail). Explorers can enjoy a shadier section at first with basalt lava rocks from the Deschutes Formation, and willow trees and shrubs lining the creek and the sides of the trail, while western juniper trees make their way up the southern hill. Currently, the willows are without their leaves, but that should change soon as spring surges forward.

The trail then crosses the creek on a small wooden bridge and continues on the northern bank, passing several of the cutouts made for the old train line here. Now these rock cuts make for several climbing spots.

According to mountainproject.com, the Willow Creek Canyon climbing area has several designated routes for bouldering and rope climbing. With names like Air Monkey, Wigwag and Link and Pin, many of the routes take their monikers from old railroad lingo, connecting this modern-day climbing area to its train origins.

The climbing area is about a mile from the trailhead, and from there the trail begins to climb slightly and Willow Creek begins to drop further into the canyon.

The easy incline of about 100 feet soon brings the full size of the canyon into a grand perspective, with rimrock topped plateaus above and rock outcroppings eroded over the years, typical of other Jefferson County landscapes.

Views of the past

The further you go on the trail, eventually, the effects of humans come into full view again with an old dumping ground of rusted-out cars, metal jugs and coolers and old tires. The old jalopies have been weathering for decades by the looks of them, and the gully they’ve landed in feels more like an archeological site.

They were thrown and rolled from the top of the road above and left largely forgotten until people began using the trail for recreational purposes. Now they’re a glimpse into the past lives of the people who lived here.

It is also at this point that the trail connects to Willow Creek Road, which is passable by vehicles, according to maps of the area.

The gravel road then continues another 3 miles to Lake Simtustus, a reservoir created by the damming of the Deschutes River between Round Butte and Pelton dams.

At the 3.4-mile mark, at a cattle guard in the road, I turned around, cutting the trail’s length in an uneven half, deciding that after a winter of mostly sitting in my house, a 13-miler wasn’t a great idea no matter flat the trail is.

The best way to know that spring is on the way in Central Oregon is when the yellow-bellied marmots make their adorable appearances.

Willow Creek Canyon is full of rock crevices and other places where these cute rodents can find a home and when the sun begins to shine, they also like to hit the trail.

They, along with squirrels, moles, other small rodents and lizards can easily be seen scampering up the hillsides looking for a place to hide from the humans riding and hiking the long path. And not far behind them are the raptors.

On my recent hike, my sister and I spied a red-tailed hawk soaring high above the canyon as well as a golden eagle as it flew around a hillside and above one of the rock cutouts. Unfortunately, as soon as the eagle saw us, it flipped a U-turn and soared out of sight.

Willow Creek Canyon trail may not be as popular as a Smith Rock or Barnes Butte trail, but it is still a lovely stroll through some great high desert terrain, with plenty to see and do along its long path.

The sights and sounds found along this old train line are great on more temperate days as there is no water and not much shade along the trail. One can imagine how hot it can get during the middle of summer.

There are no toilets or trash cans either, so remember to pack out whatever you pack in and leave it better than you found it.

To get there, while heading through Madras, turn west on SW C Street and continue straight for about a half-mile. The trailhead is on the left side of the road. There is a wide shoulder on the south side of the street where you can park.

A gate with a sign stating the use of the trail is for hikers, bikers and authorized vehicles marks the start of the long dirt trail.