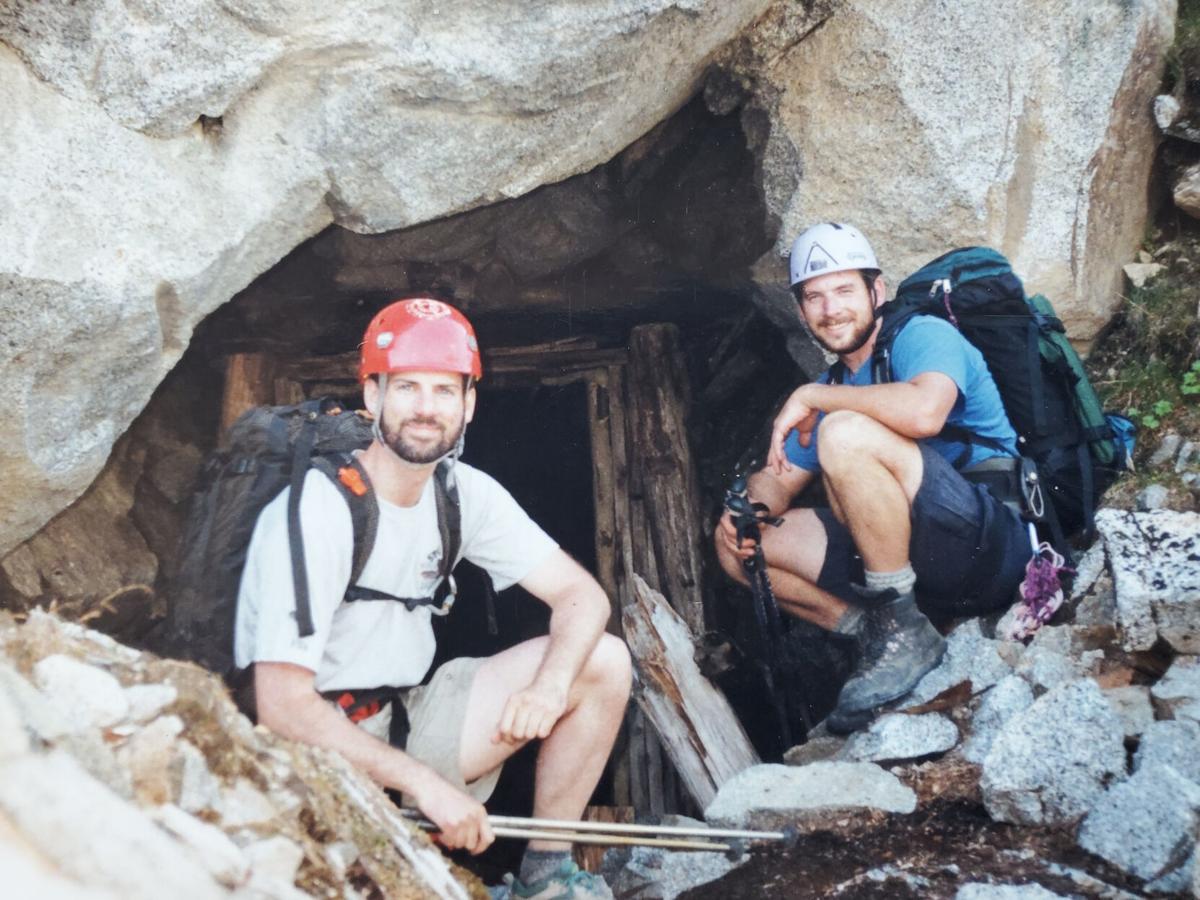 Kirk Towner and Bill Romberg pose for a photo in the Talkeetna Mountains about a year before Romberg fell through the snowpack in the Chugach Range. His ordeal is detailed in the chapter titled “Hellhole” in “Accidental Adventures: Alaska,” by Chris Lundgren. 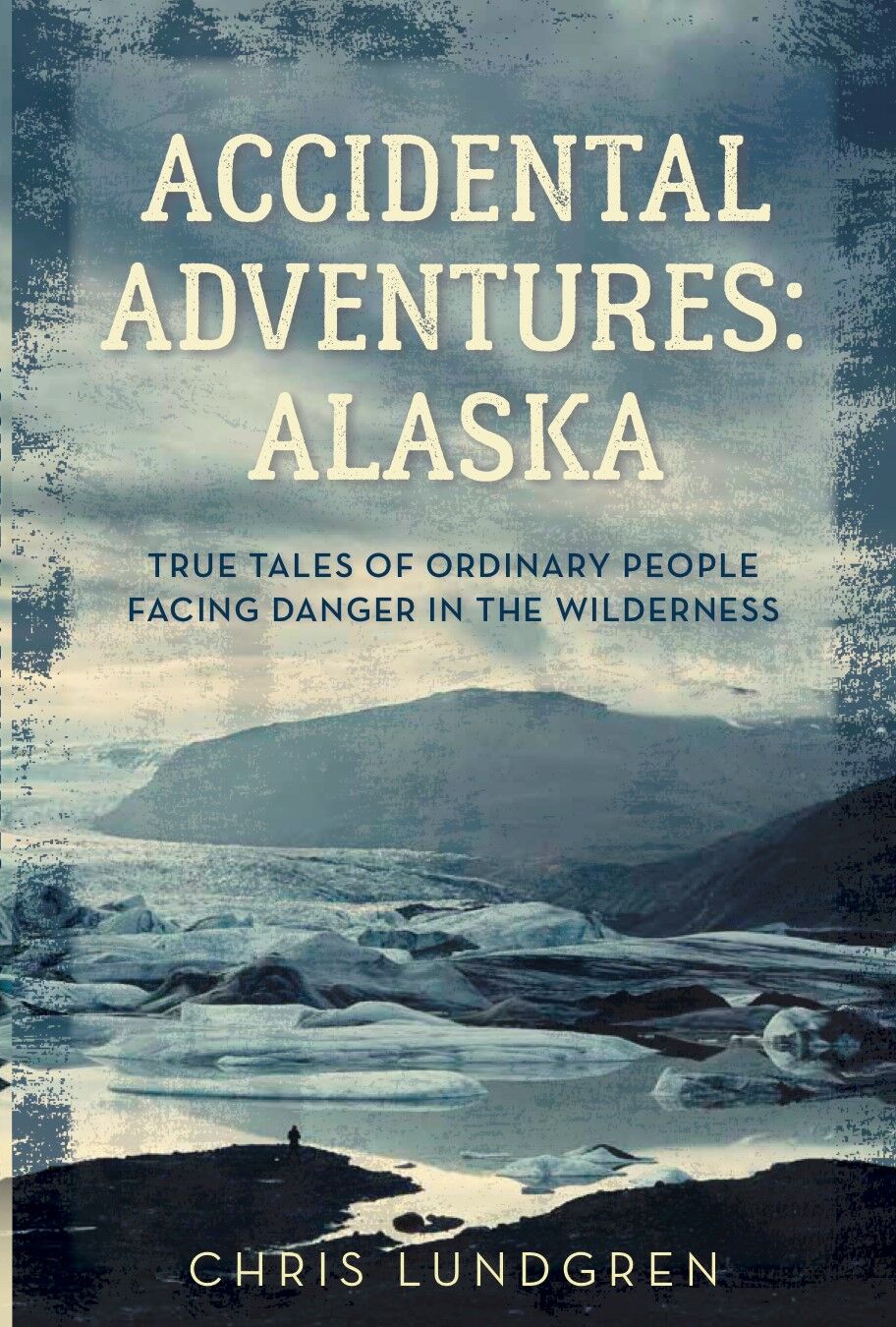 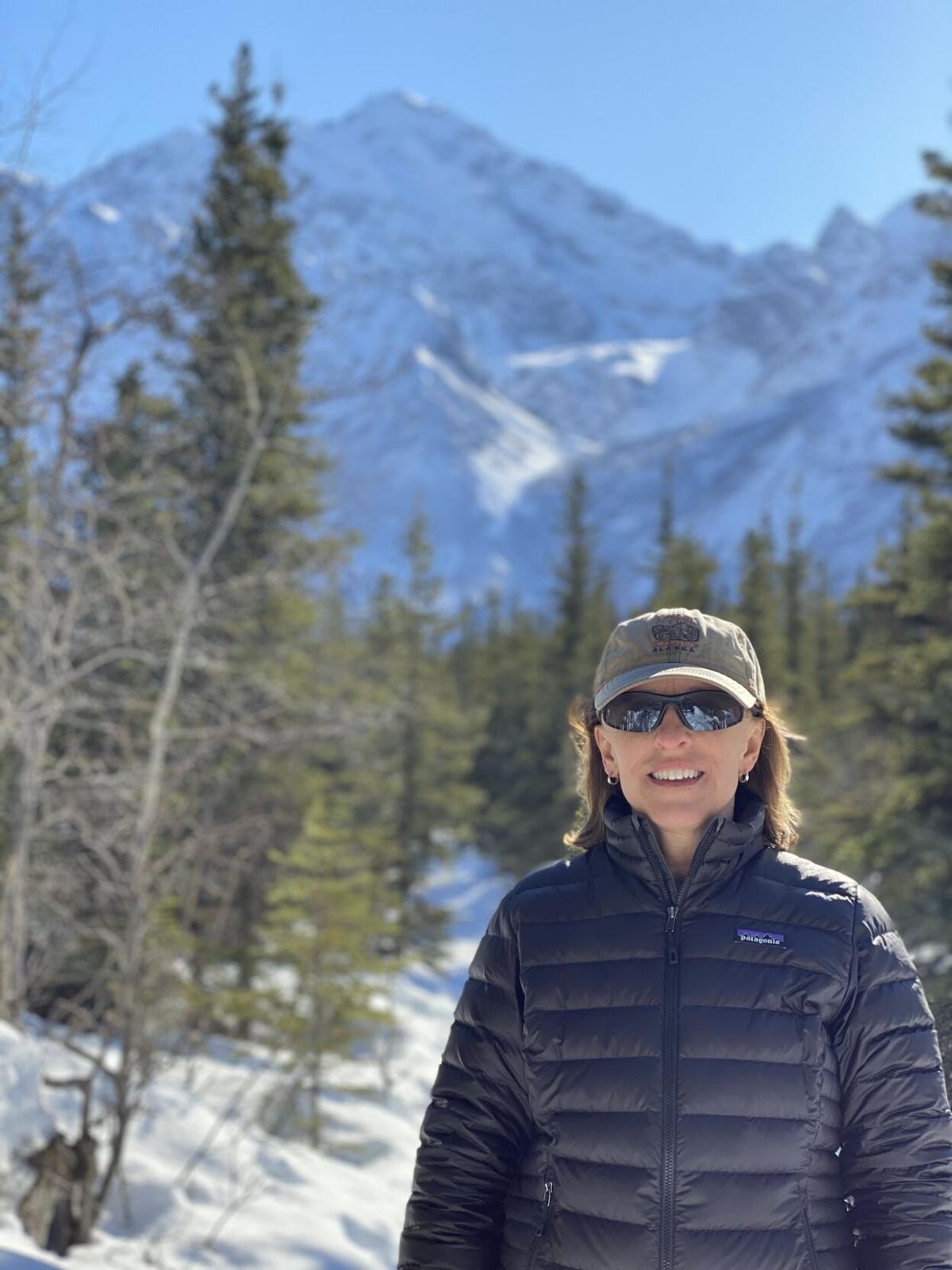 Author Chris Lundgren has collected 20 stories of real-life misadventures in the 49th state in her new book, “Accidental Adventures: Alaska.”

Kirk Towner and Bill Romberg pose for a photo in the Talkeetna Mountains about a year before Romberg fell through the snowpack in the Chugach Range. His ordeal is detailed in the chapter titled “Hellhole” in “Accidental Adventures: Alaska,” by Chris Lundgren.

Author Chris Lundgren has collected 20 stories of real-life misadventures in the 49th state in her new book, “Accidental Adventures: Alaska.”

If the pandemic led you to postpone your summer trip to the 49th state, Alaska author Chris Lundgren may just have what you’re missing in her new book, “Accidental Adventures: Alaska, True Tales of Ordinary People Facing Danger in the Wilderness.”

Published in July by Lyons Press, “Accidental Adventures” tells 20 stories of people (all but one told from the survivor’s viewpoint) who learned the hard way that Alaska, with its wintry extremes and wide expanses of rugged wilderness, can and will mete out cruel punishment. As the book jacket says, “In Alaska, one stroke of bad luck — one small mistake — can mean catastrophe.”

The idea for the book, Lundgren’s third, stemmed from an article she wrote four years ago for the weekly newspaper in her hometown of Eagle River, Alaska, about a family who’d taken a 2 1/2-year sea voyage.

“It was just so much fun to write. I mean, it was such a cool adventure they’d been on. When I finished it, I thought, ‘Well, how could I write about some more adventures?’” she said. “Then it dawned on me that there are all these stories swirling around us here, and I decided I would start collecting them.”

Misadventure stories were not at all hard to find — some of them happened to people she already knew. Others she found via newspapers around the state, and still more came from contacting fire departments and various state agencies, the latter being how she found the book’s avalanche story. There are also tales of getting lost in the wilderness, overturned canoes and even escaping an active volcano.

“One story is actually a mud flats rescue, because we have mud flats along the coast in south-central Alaska, and when people walk in them, they get stuck,” Lundgren said. “They’ve been described as quicksand, but it’s really more (that) people walk out and we get these huge tides.

The tide goes out and people walk out onto the mud flats, but the silt out there is basically glacial silt. It’s very, very fine, and people can start to sink down in it, and they don’t realize that the mud basically starts to seal around feet, ankles, knees.”

When people sink to their knees or thighs, and the tide comes in, they can drown or get hypothermia.

“It’s not unique to Alaska, but there are very few places in the world where that happens,” she said.

Of course, no book about misadventures in the wilds of Alaska would be complete without at least one bear story.

“Bears make appearances in three stories. Two of those are about bear encounters, where a bear attacks somebody or runs after them, and then we have some moose appearances too,” she said. “And if (moose) get freaked out, the problem is, they rear up, and if they come down on somebody, they’ve got 1,000, 1,500 pounds behind very sharp hooves.”

One of those stories is about a bear and two moose cutting through a woman’s yard while she was outside with her little girl.

“The mom heard something and looked up, and it was a mama moose and a calf, and they came streaking through the yard,” Lundgren said. For quick shelter, they climbed into a cedar playhouse in their yard.

“She puts her daughter in there and jumps in. It helps the moose is just not going to notice her,” Lundgren said. “She thinks, ‘OK, phew, we’re safe.’ All of a sudden, she hears something else, and it’s a bear. The bear is chasing the mom and the calf.”

The three mammals disappeared into the woods, but the bear — a black bear — returned just as the mom and daughter were about to climb out of the playhouse.

“The moose must have gotten away, so it came back to check out the humans,” Lundgren said. “So that was pretty terrifying for her. … Thankfully, she had a couple of dogs, and one of them was very tenacious and kept barking and nipping at the bear, and the bear finally decided it had had enough and wandered back off into the woods.”

Asked if there were any commonalities among the book’s stories — perhaps hunger or exhaustion contributing to accidents and missteps — Lundgren said, “What I say is that problems just multiply in the wilderness, and it’s attributable to all those things, that if people get hungry or cold or tired, that’s when the mistakes happen. And sometimes people are just unlucky too.”