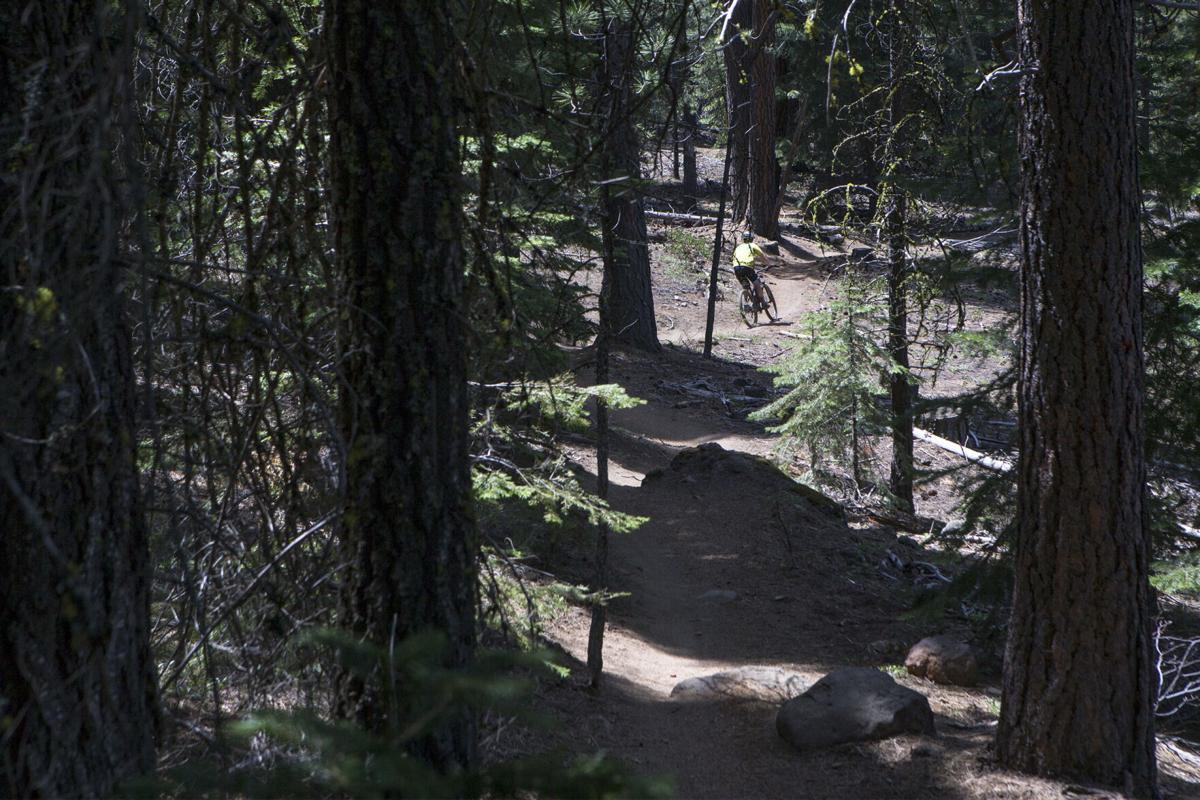 A mountain biker rides along a section of Skyliner Trail on Wednesday. 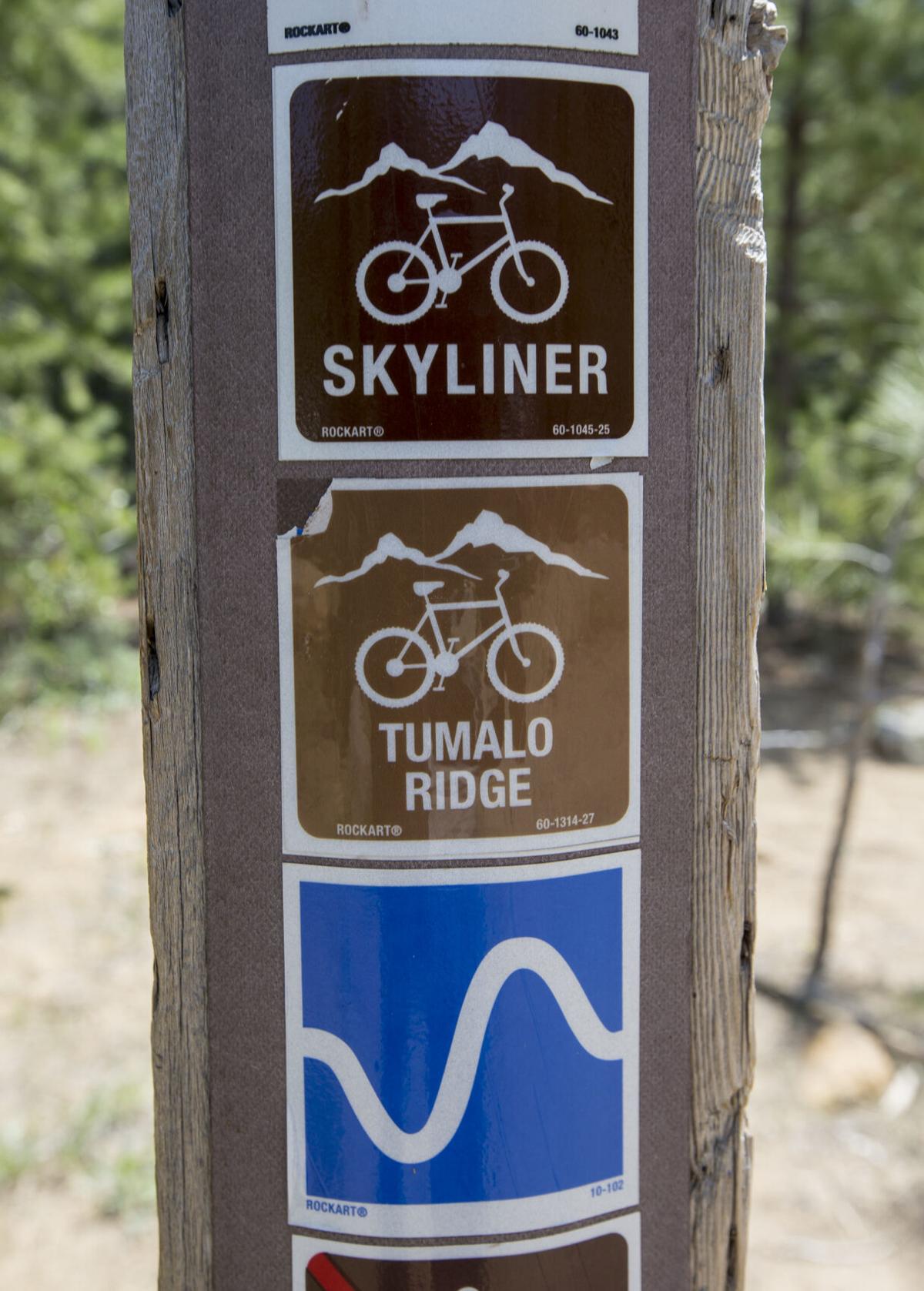 A trail marker for Skyliner and Tumalo Ridge mountain bike trails on Wednesday. 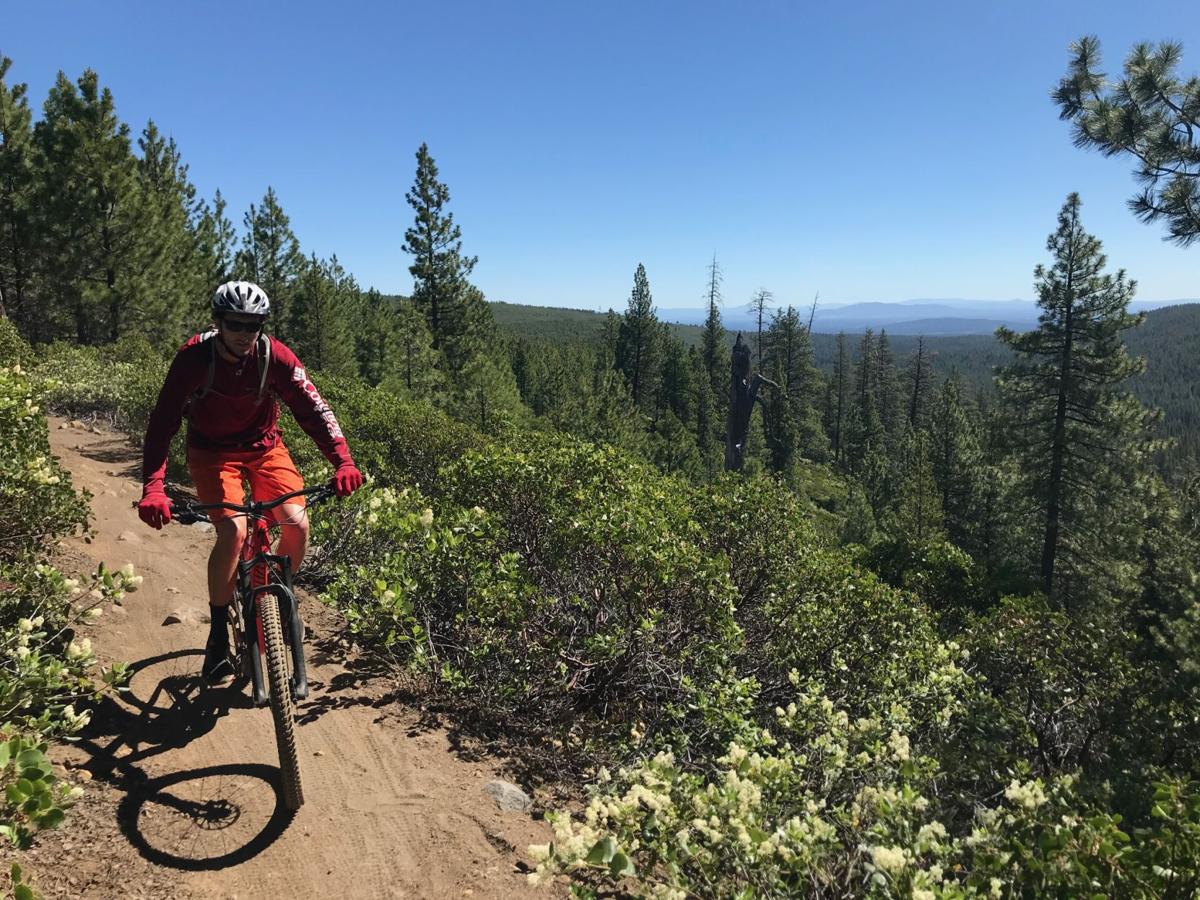 Andrew Williams, of Bend, tops out on Tumalo Ridge. 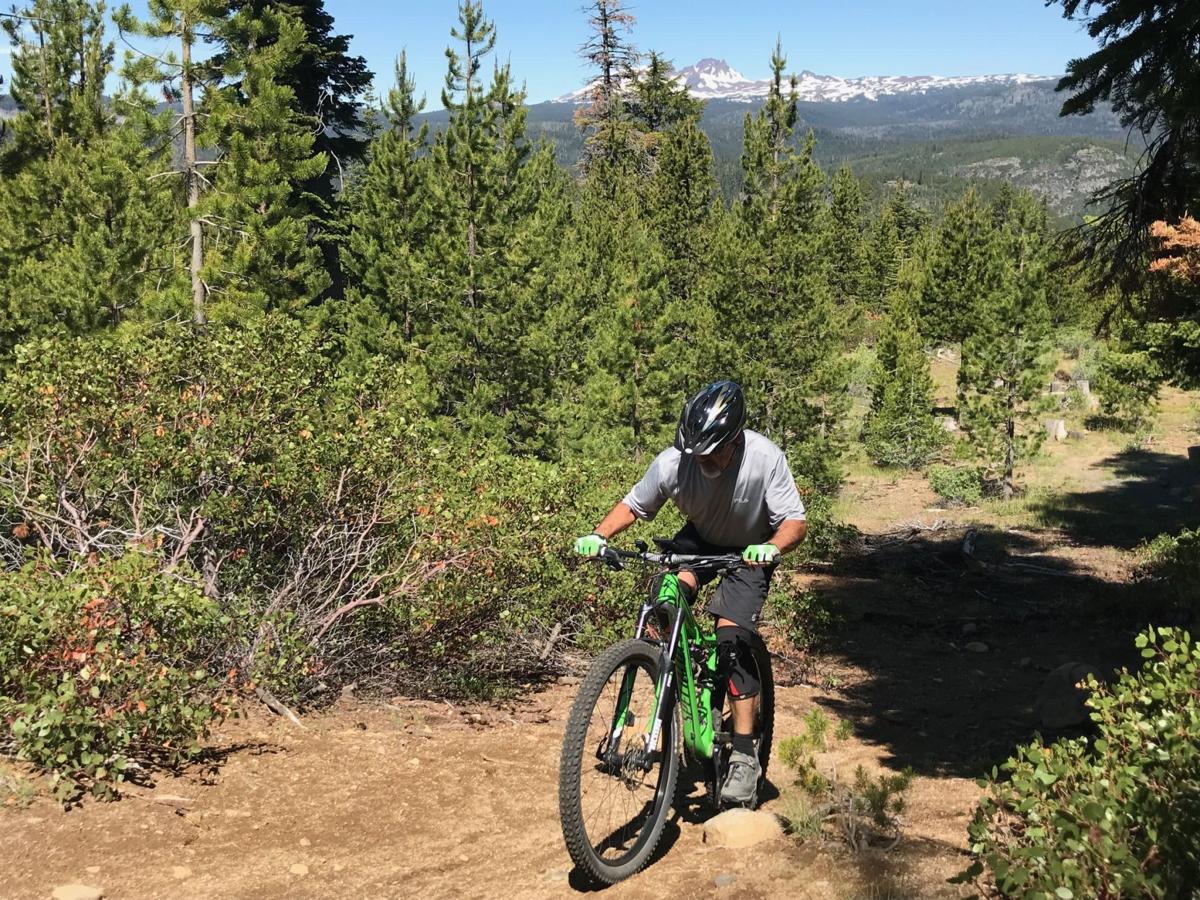 A mountain biker climbs a hill near the Swede Ridge Shelter. 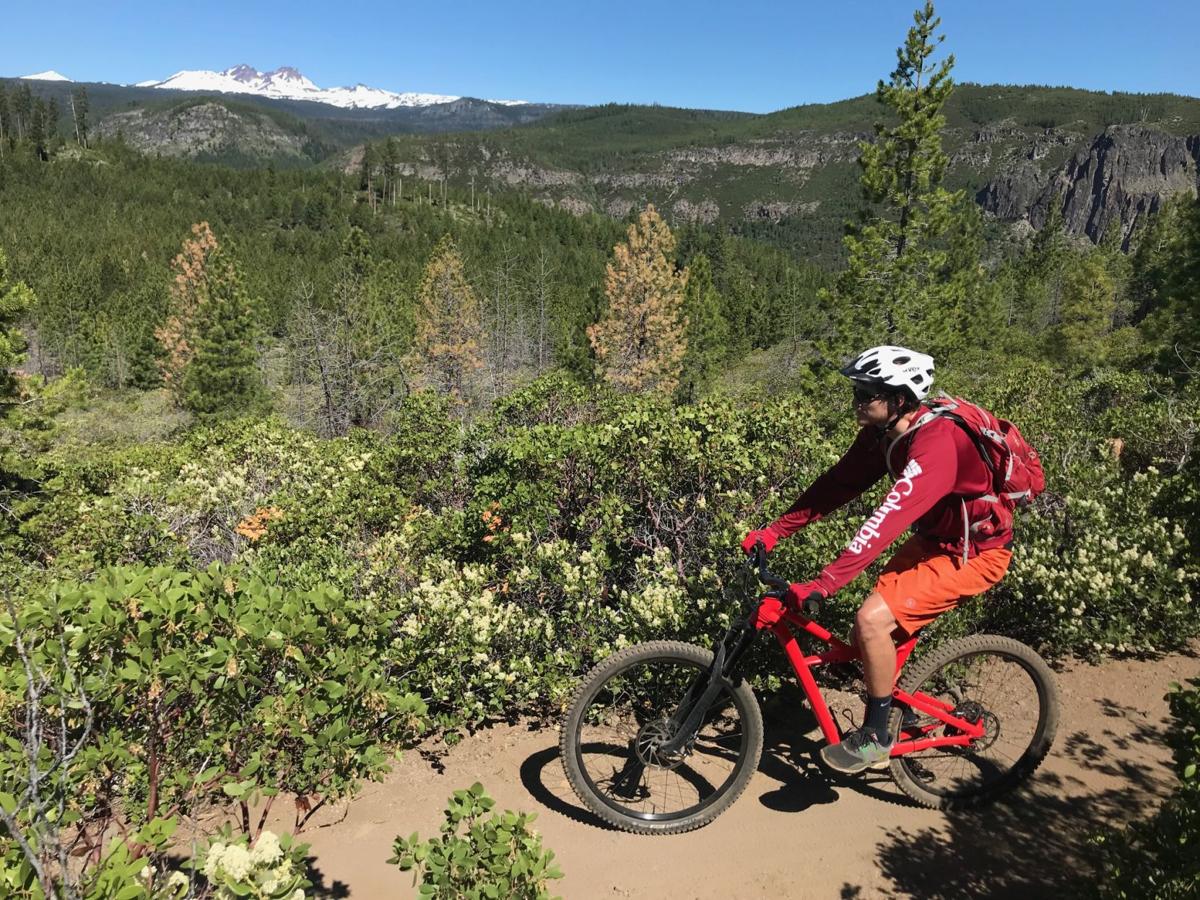 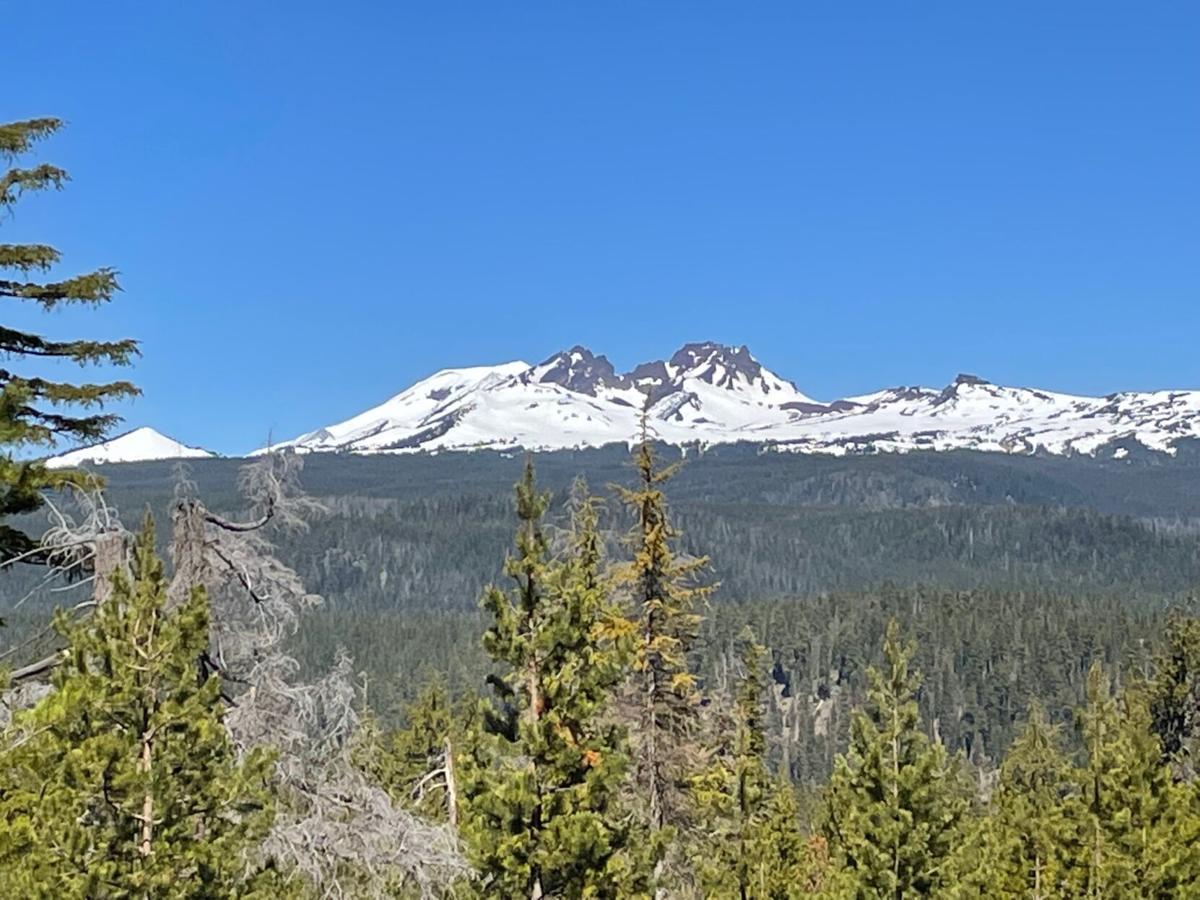 A view of South Sister and Broken Top from near the Swede Ridge Shelter. 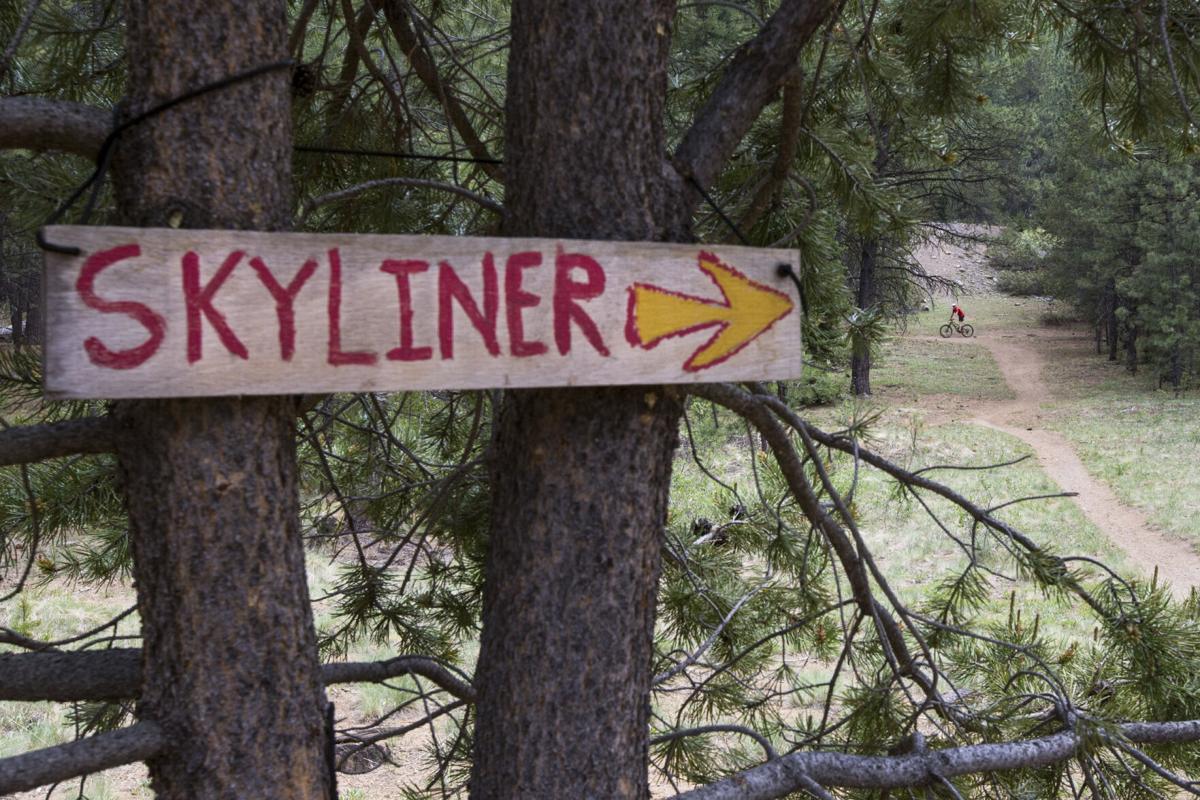 A mountain biker heads out on Skyliner Trail on Wednesday.

A mountain biker rides along a section of Skyliner Trail on Wednesday.

A trail marker for Skyliner and Tumalo Ridge mountain bike trails on Wednesday.

Andrew Williams, of Bend, tops out on Tumalo Ridge.

A mountain biker climbs a hill near the Swede Ridge Shelter.

A view of South Sister and Broken Top from near the Swede Ridge Shelter.

A mountain biker heads out on Skyliner Trail on Wednesday.

As snow continues to melt at higher elevations in Central Oregon, mountain bikers will have access to more and more pristine singletrack.

Upper-elevation riding on the eastern flank of the Cascade range is almost a rite of passage for any dedicated mountain biker who calls the High Desert their home. And the area surrounding Tumalo Falls west of Bend is a mountain bike paradise with multiple loop options available now through fall.

A climb up Tumalo Ridge offers numerous options with the ideal combination of elements: challenging climbs, thrilling downhill sections, Cascade views and just enough mileage to get a hard workout but not take the entire day.

Last week I made the half 20-minute drive to Skyliner Sno-park to ride the 13.5-mile Tumalo Ridge-Skyliners loop.

The trail up Tumalo Ridge started deep in the shade of towering pine trees. After a quick climb with sharp turns, I came to a junction and made a left turn to ride up Tumalo Ridge. A right turn would have led to the Tumalo Creek Trail and Tumalo Falls.

The short, challenging climb took me to an open ridgeline that pointed east to sprawling views of Bend. I could also peer down at sparkling Tumalo Creek far below.

After finally reaching the top of the ridge, I was able to gain momentum on smooth, tacky singletrack tucked into the alpine forest. Broken Top and other nearby mountains eventually came into view from between the trees.

The trail soon thereafter transitioned to a downhill stretch as the trees gave way to thick manzanita. Mount Bachelor and Tumalo Mountain came into view to the west, as did Broken Top and South Sister, their snowy flanks contrasting brilliantly with the bright blue sky.

More climbing was to come, and the trail eventually turned into rocky doubletrack winding up to the Swede Ridge Shelter. I began climbing, and along the way, I looked to the right and saw Tumalo Falls from a mile away: an interesting view of the popular falls, revealing the enormity of the surrounding forest.

The doubletrack climb was relatively challenging as it just seemed to keep going. The climb is a bit longer and more gradual than the climb up Tumalo Ridge. I had to stop and walk in some places, but I finally reached Swede Ridge Shelter after about 1,000 feet of elevation gain.

I took a break at the shelter, located at about 6,000 feet with more dramatic views of Broken Top and South Sister.

The shelter is there primarily for cross-country skiers to warm themselves inside during the winter, but it also serves as a pit stop for trail-weary mountain bikers in summer and fall.

From the Swede Ridge Shelter, mountain bikers have a few options. They can take the Swede Ridge Trail west, then descend the South Fork and Tumalo Creek trails back to Skyliner Sno-park. According to bendtrails.org, South Fork is now clear of trees with only a couple of small snow patches.

Another option is to head east on the Sector 16, Upper Whoops and Skyliner trails back to Skyliner sno-park. Because South Fork still had significant snow last week, I turned onto the Sector 16 Trail, a rolling, twisting downhill stretch with numerous sharp turns deep in the trees.

The trail eventually connected to Upper Whoops, a fast descent that includes some bermed corners and small jumps. But that section does not include the more massive jumps and features of Lower Whoops, so Upper Whoops is more approachable for the average mountain biker. (Lower Whoops is currently closed on weekdays due to a U.S. Forest Service thinning project. It is open from 3 p.m. on Fridays until sunset on Sundays.)

From the bottom of Upper Whoops, I connected to the Skyliners Trail to finish the ride. The cross-country route led me 4 miles back to Skyliner Sno-park.

This loop can also be ridden in the opposite direction, starting up the Skyliners Trail and finishing with a descent of Tumalo Ridge.

The 13.5-mile ride took a little more than two hours, with about 1,400 feet of climbing. It was a challenging but not overwhelming loop, one of many options for mountain bikers as the snow disappears in the Central Oregon high country.

Directions: Head 10 miles west of Bend on Skyliners Road to Skyliner Sno-park on the left.

Trail features: Challenging climbs and fast descents along singletrack, with numerous mountain views along the way.