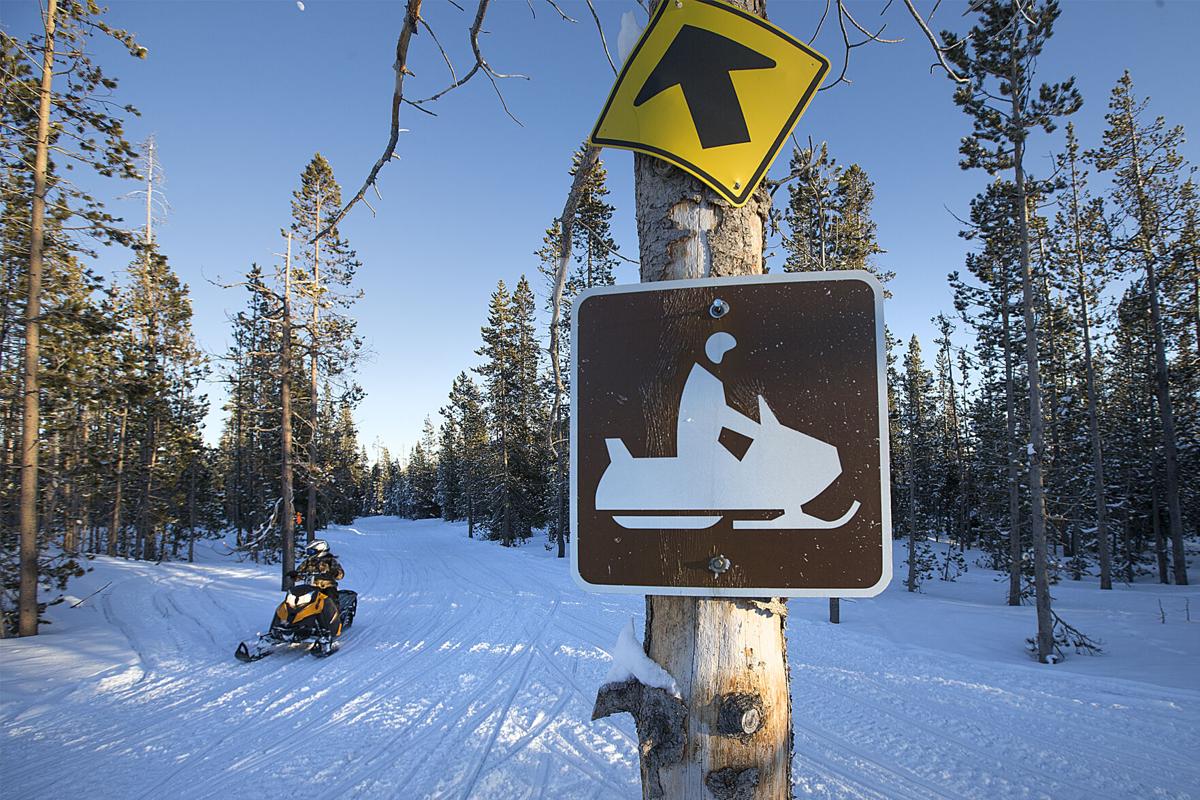 A snowmobiler returns from riding the trails at Kapka Sno-park on Jan. 23. 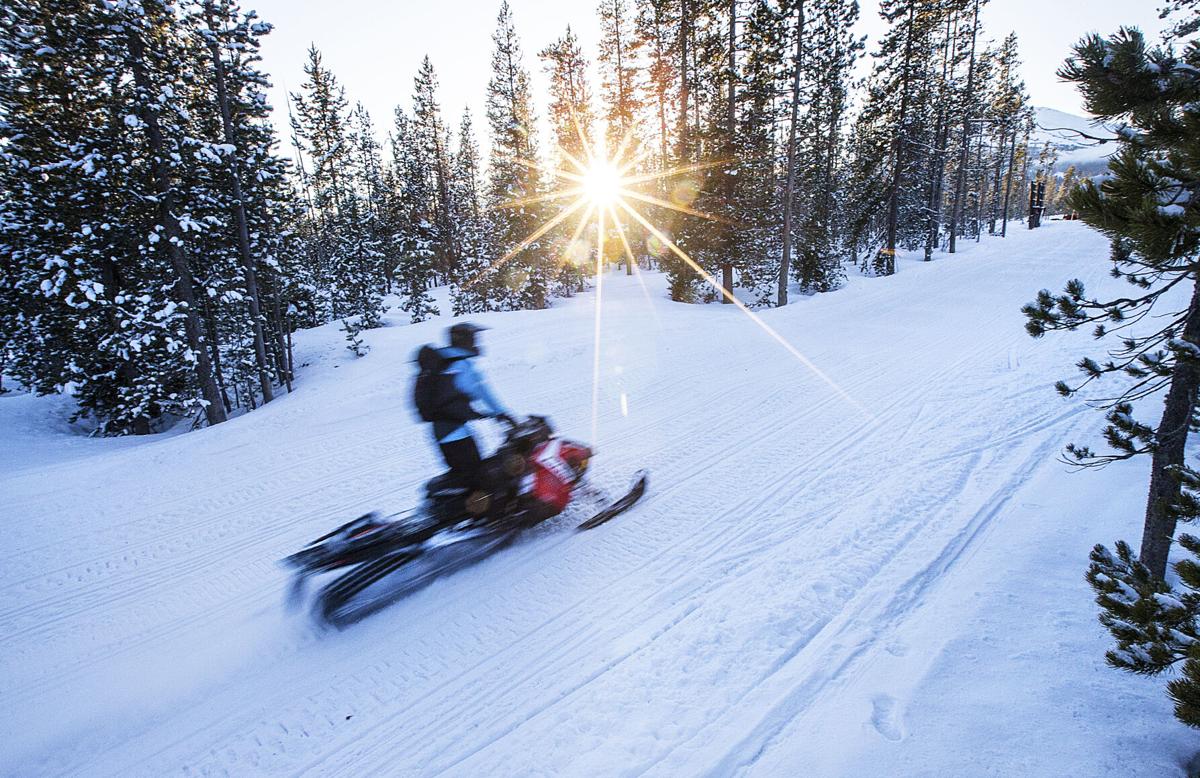 The sun begins to set Jan. 23 as a snowmobiler rides back to the Kapka Butte Sno-park. 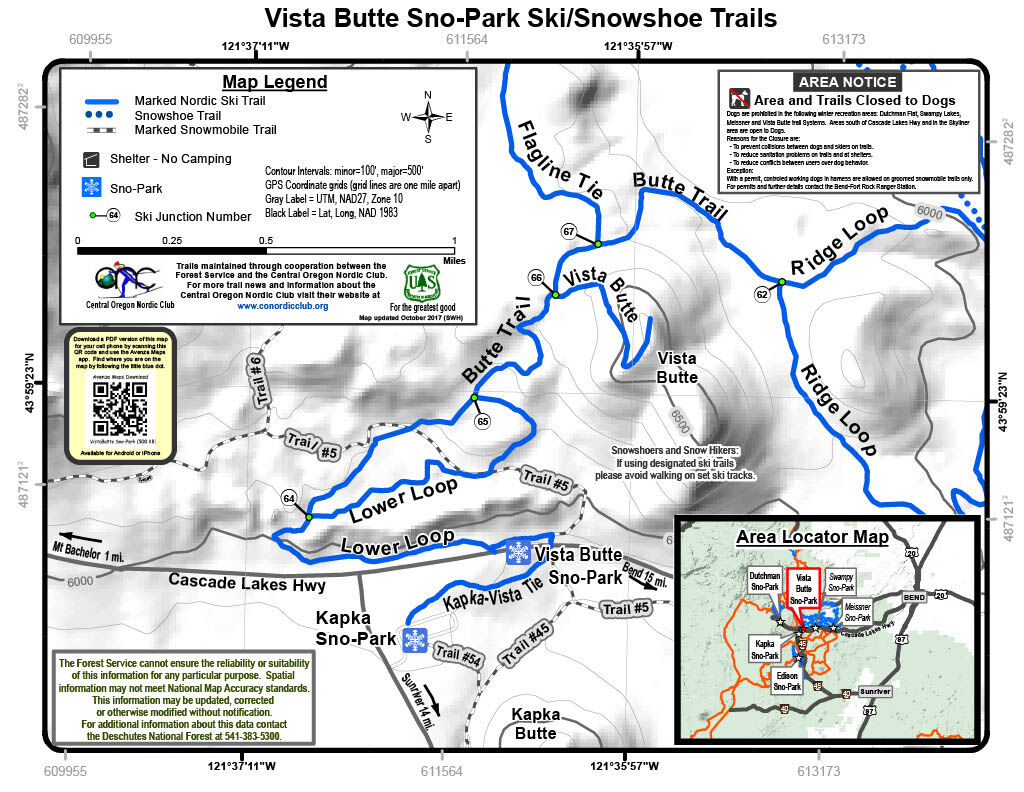 A snowmobiler returns from riding the trails at Kapka Sno-park on Jan. 23.

The sun begins to set Jan. 23 as a snowmobiler rides back to the Kapka Butte Sno-park.

Less than a mile apart, Kapka Sno-park and Vista Butte Sno-park are two of the smaller, lesser known sno-parks in the Deschutes National Forest.

The two parks serve as gateways to fun east of Mount Bachelor. Kapka has access to the snowmobiling trails, while Vista Butte has cross-country skiing and snowshoeing trails.

The recent snow dump in Central Oregon had Chris Clute of Sunriver itching to fire up his snowmobile and cruise along atop the freshly fallen powder — his go-to spot is Kapka.

We just like to get out, get some exercise and get out in the snow and have fun,” Clute said.

Standing at 5,900 feet in elevation, Kapka is the second-highest sno-park along the Cascade Lakes Highway corridor, which means it can stay open longer for snow activities, said Jean Nelson-Dean of the Deschutes National Forest. It stays open almost as long as the popular Dutchman Sno-Park.

The area’s newest sno-park, Kapka does have a roughly 2-mile out -and -back trail to snowshoe to climb Kapka Butte, although this is considered backcountry snowshoeing because there is no designated trail, according to AllTrails.com. But more trails are just a short 10-minute walk across the Cascade Lakes Highway to the cross-country skiing and snowshoeing trails at Vista Butte Sno-park.

The main attraction at both parks, however, is snowmobiling. Even in the middle of the week, there are dozens of trailers in the parking lot and the faint sound of engines in the distance.

From Kapka’s parking lot, riders can easily get to the Dutchman Flat trail system, Upper Three Creeks Sno-Park in Sisters, Wanoga Sno-Park, Elk Lake Lodge, Lava Lake and Edison Sno-Park to the south — or just about anywhere there is powder.

“There is no limitation of trails that people can use in that area because we have a high concentration of sno-parks in the area,” said Nelson-Dean.

While the trails for different activities and access to the trails are a nice perk, the convenience of the parking lot at Kapka cannot be understated.

Unlike Dutchman Flat Sno-Park, just a few miles west of Kapka on the Cascade Lakes Highway, there is enough room to park large trailers for snowmobiles without the lot being over crowded. That’s handy on busy weekends in the winter.

“You get up the Dutchman, usually that one is packed,” Clute said. “This spot is the only place where you can park a trailer, usually you have to deal with skiers and everyone else (at Dutchman). These big trailers you can only get into here.”

Vista Butte, can be easy to miss while driving up to Bachelor. Less than a mile from the Cascade Lakes-Forest Service Road 45 junction, Vista Butte has a small parking area, enough for roughly 10 cars, along the Cascade Lake Highway — which the forest service says is typically full on the weekend. However, Kapka and Swampy Lakes Sno-park are close by for extra parking.

After a snow dry spell for most of January, the several feet of fresh snow in the sno-parks has been a welcome sign.

“It was awesome,” said Clute, packing up his snowmobile after a day of riding.

How to get there