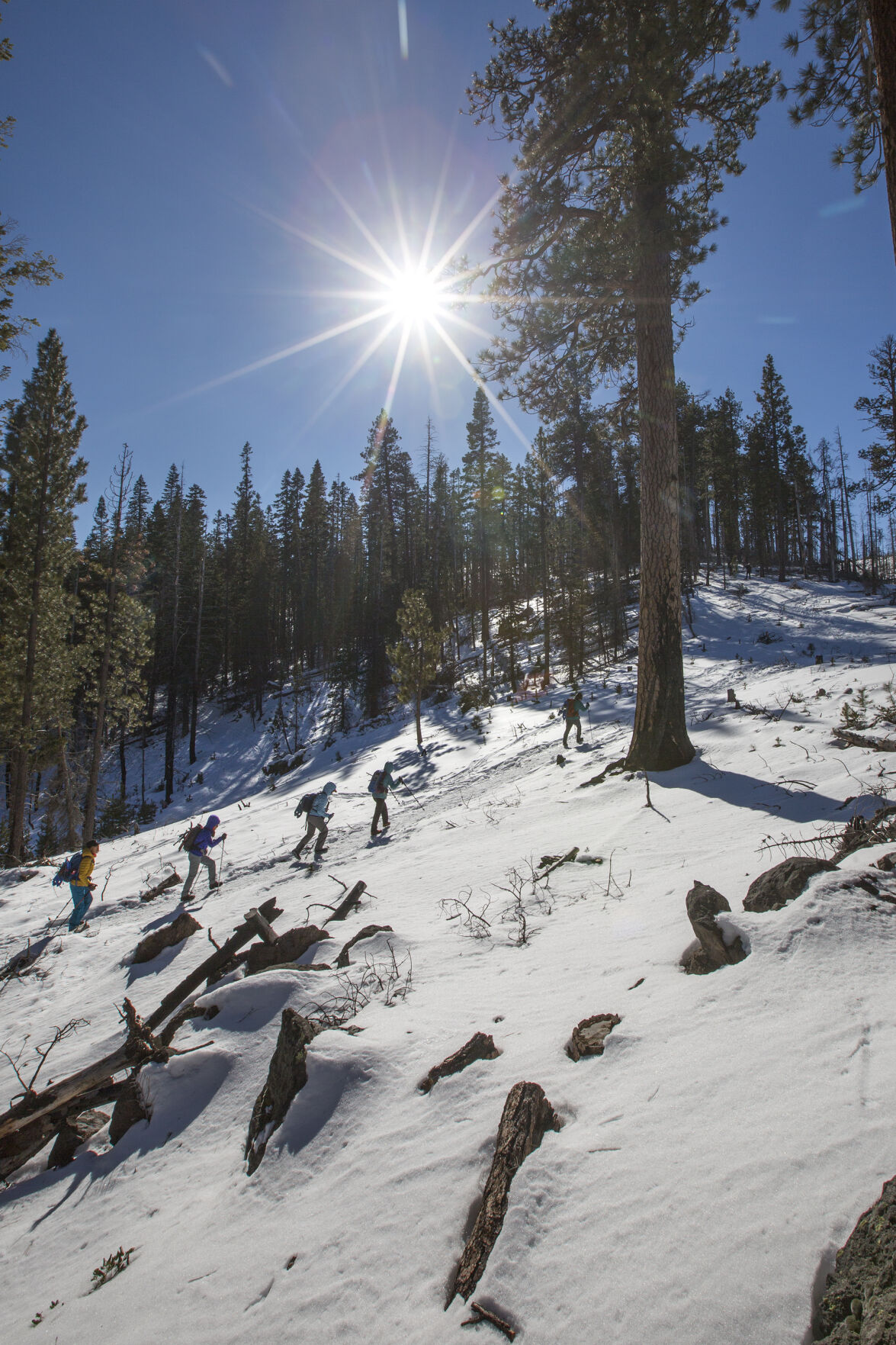 A group of hikers head out together Saturday

to explore a trail from the Upper Three Creek Sno-park. 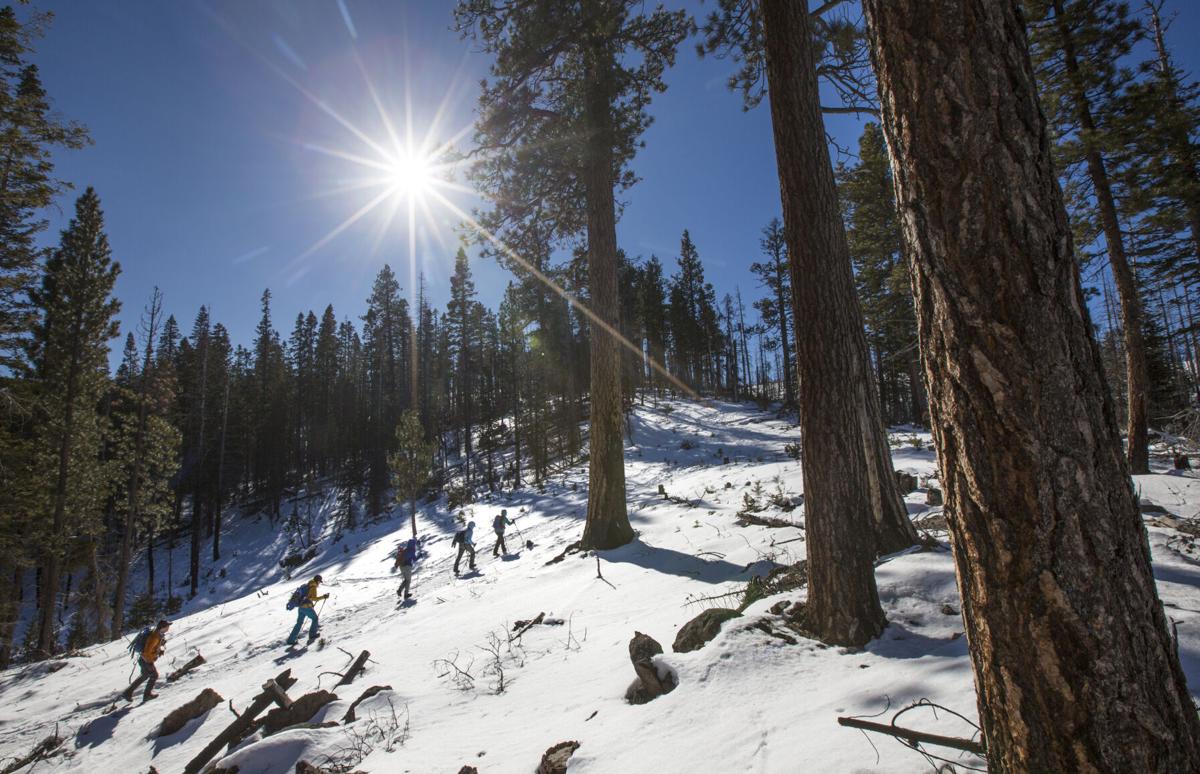 A group of hikers head out together to explore a trail from the Upper Three Creek Sno-park on Saturday, Feb. 6, 2021. 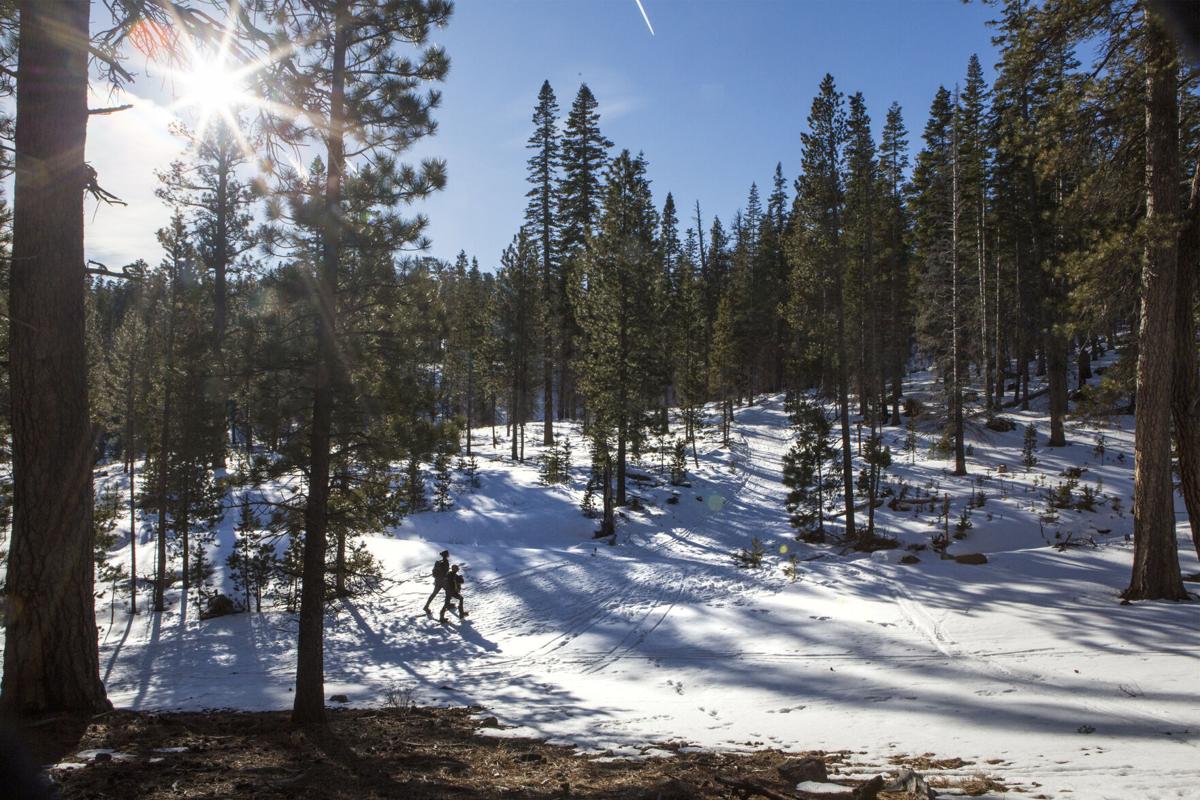 A pair of hikers head out together to explore a trail from the Upper Three Creek Sno-Park on Saturday, Feb. 6, 2021. 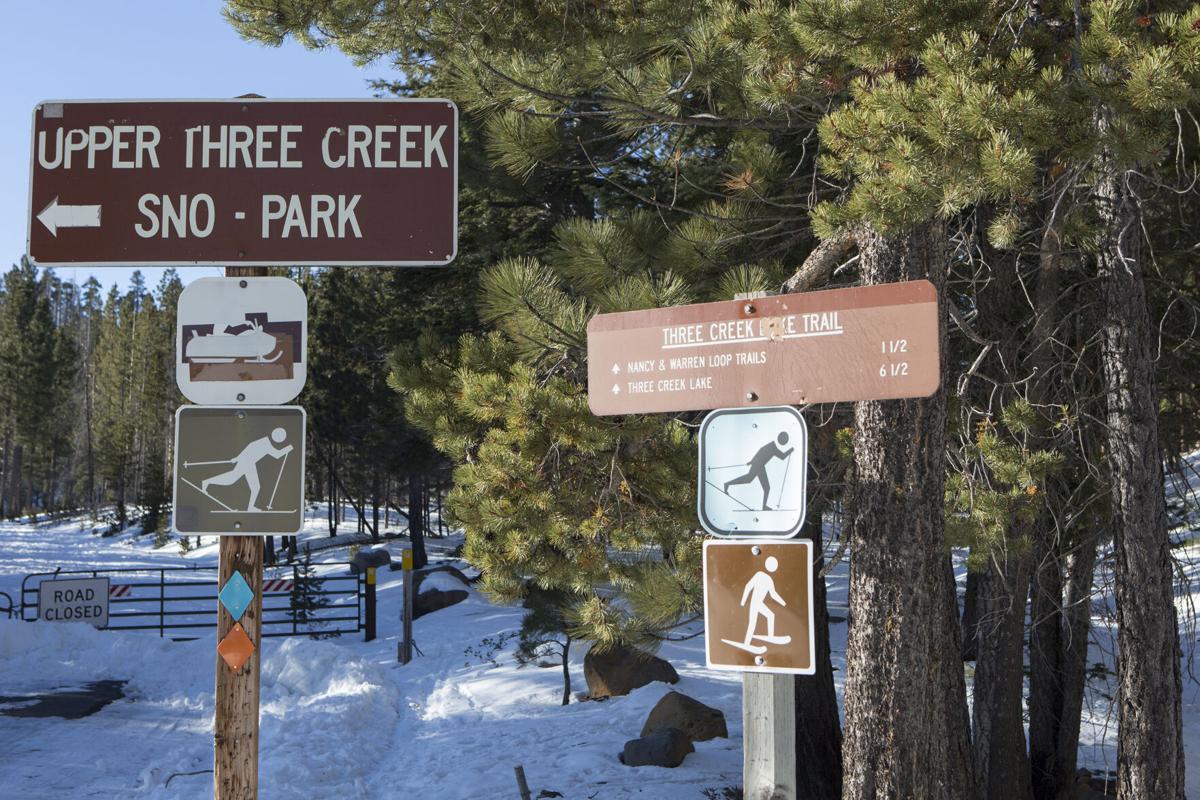 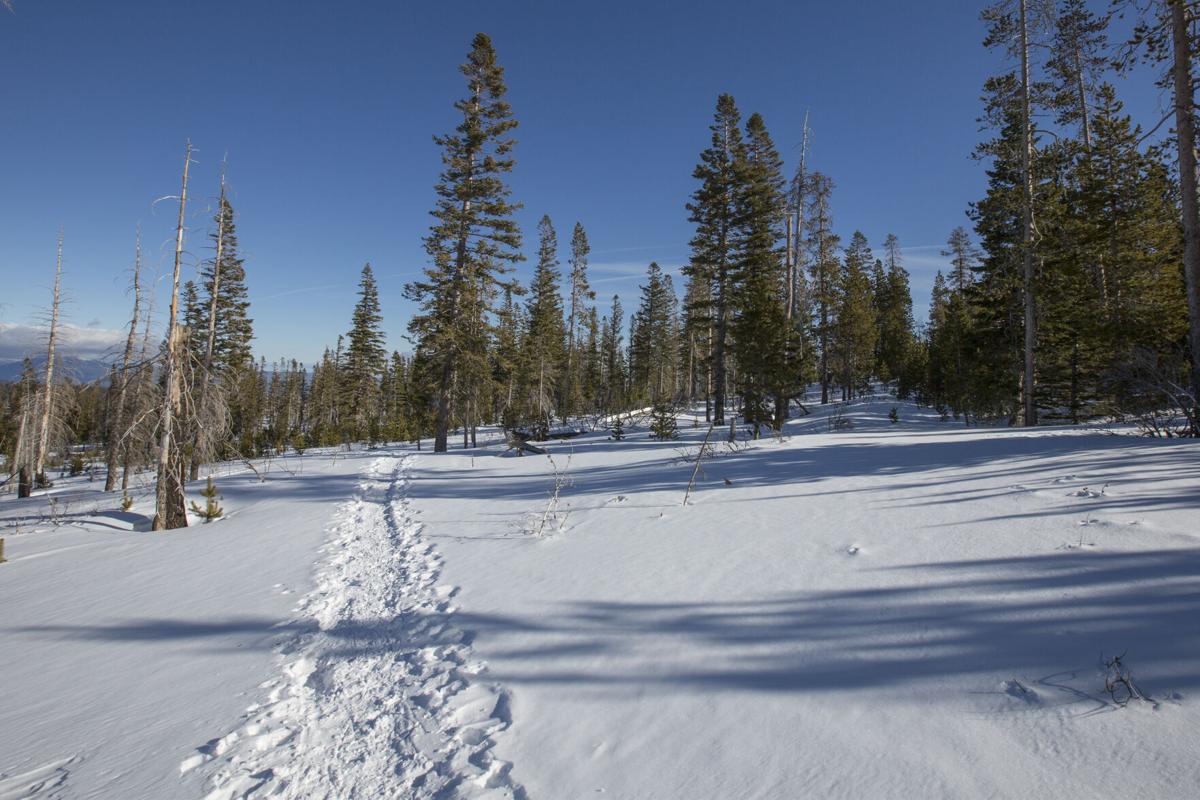 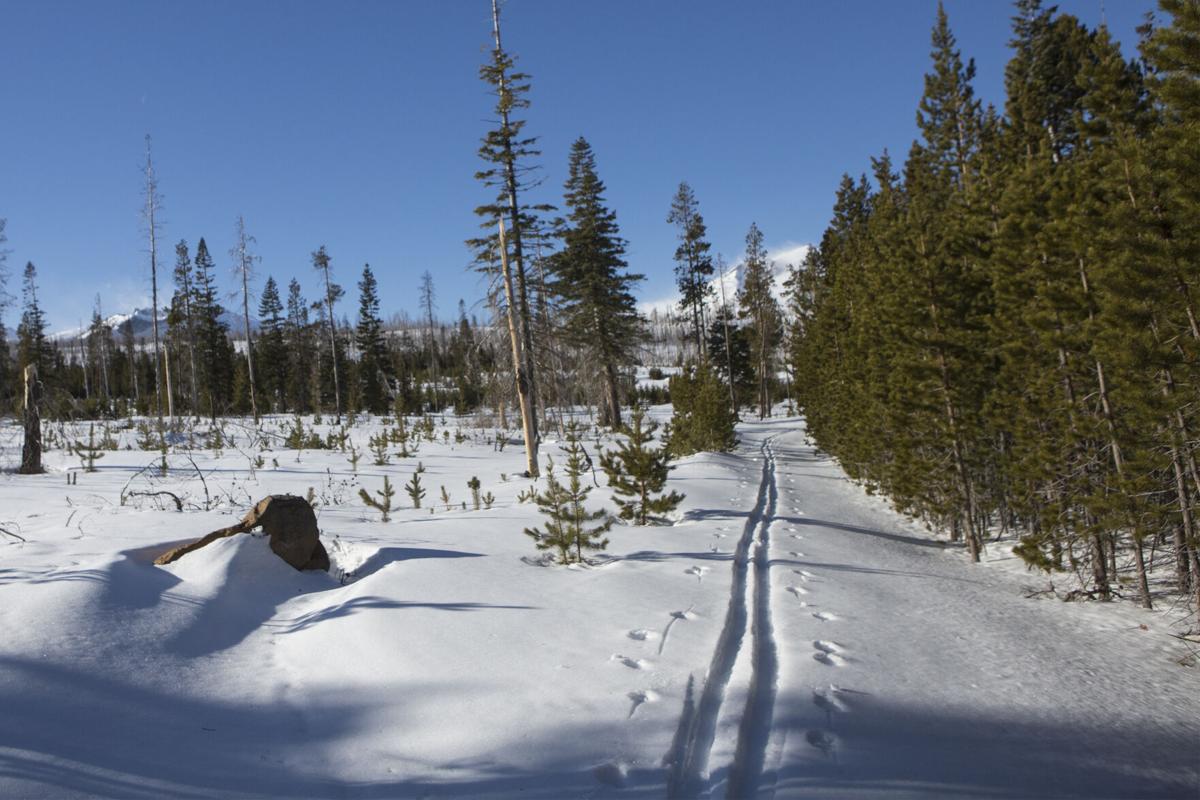 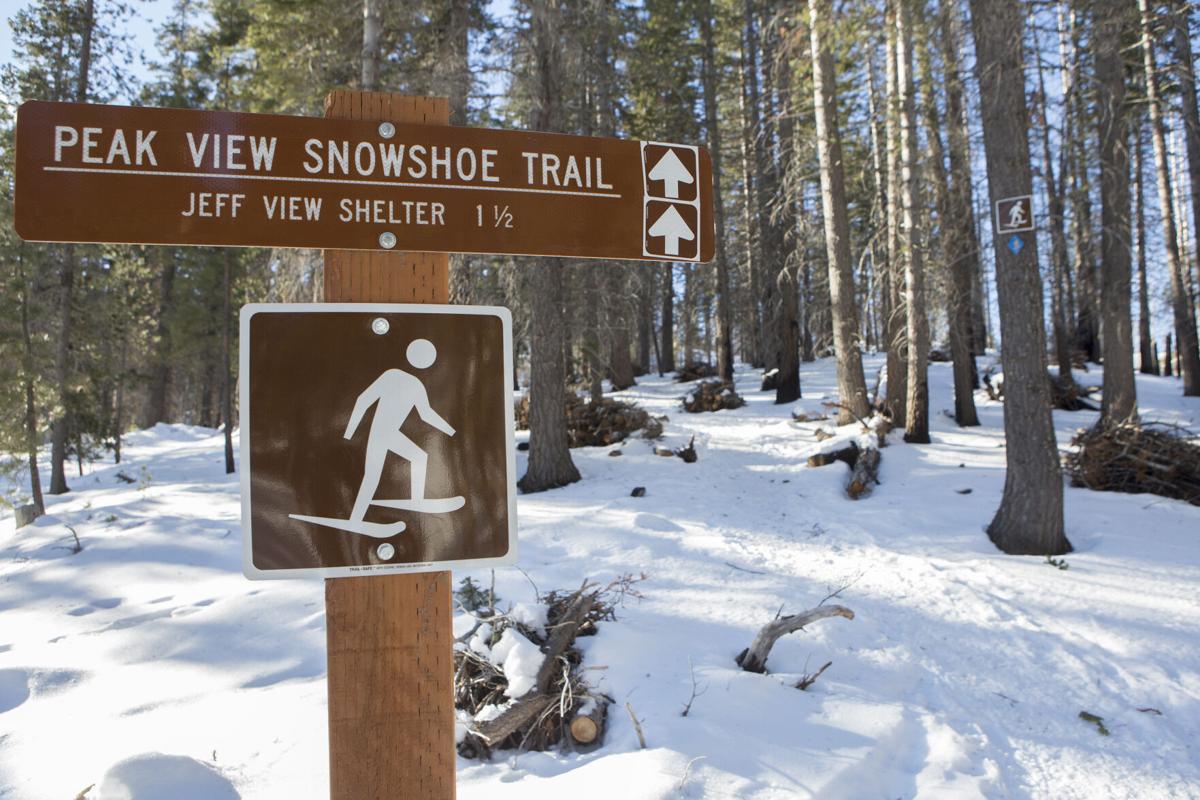 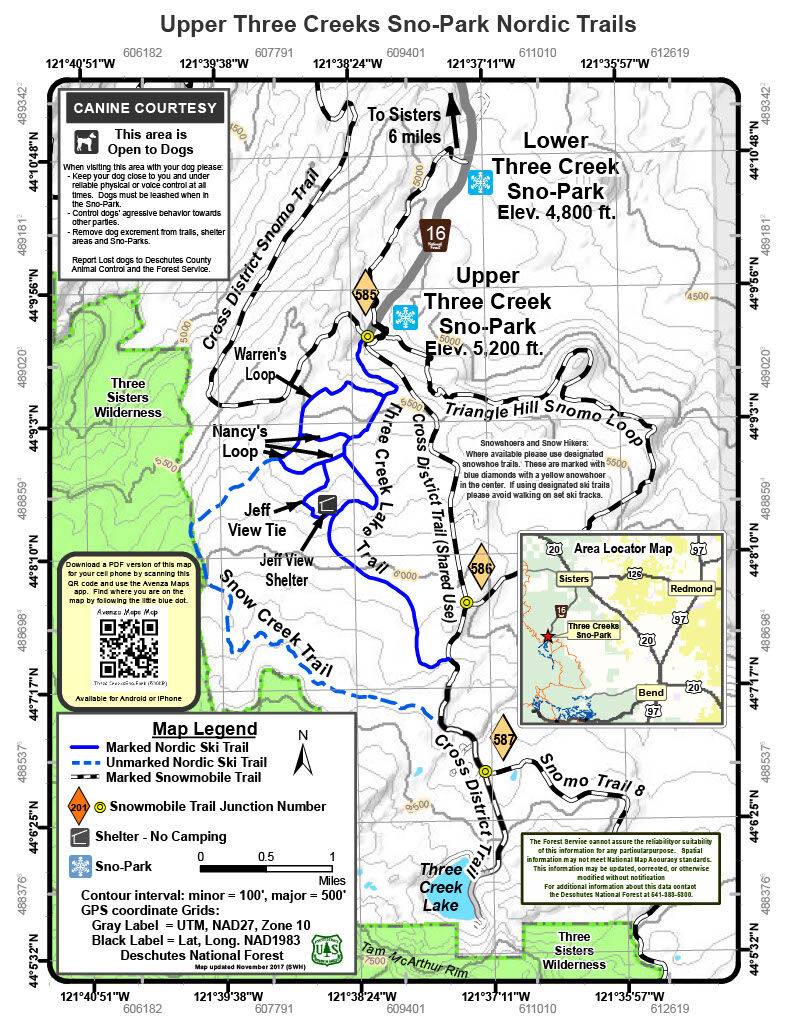 A group of hikers head out together Saturday

to explore a trail from the Upper Three Creek Sno-park.

A group of hikers head out together to explore a trail from the Upper Three Creek Sno-park on Saturday, Feb. 6, 2021.

A pair of hikers head out together to explore a trail from the Upper Three Creek Sno-Park on Saturday, Feb. 6, 2021.

Mother Nature is a regular negotiator. Take last Saturday, for example, when she agreed to allow cloudless, blue skies and seasonably warm temperatures on the condition that those seeking outdoor adventures agree to deal with heavy gusts of wind.

My dog, Rodger, my mother, Janet, and I took the deal. We made the trip from Bend, through Sisters and to the Upper Three Creek Sno-park. A first-time visit for all three of us.

Snowmobiling, snowshoeing and cross-country skiing are all available at the park located 11 miles south on Forest Road 16 (Elm Street) in Sisters. From Upper Three Creek, snowmobiles are able to connect to most of the major snowmobile trails, and there are 14 miles of groomed nordic skiing trails with multiple loops available.

After the Pole Creek Fire burned about 40 square miles in the Deschutes National Forest in 2012, the forest filled with trees burned down and created ungroomed trails in addition to the 14 miles of groomed trails to explore.

“After the fires, there are a bunch of unmarked trails,” said John Fertig of the Central Oregon Nordic Club, who used to work for the Deschutes National Forest before his retirement. “Skiing (at Upper Three Creek) is a lot of fun; you don’t need to stick with the trails.”

But Saturday, it was the snowshoeing trails we were after. Specifically, the one that leads to the Jefferson Viewing Shelter. According to alltrails.com, the trail is a moderate 4.9-mile trek, which was all uphill to the shelter and all downhill back to the parking lot. The trail’s website was littered with glowing reviews highlighting the ease of the trail and scenery along the way to the shelter.

One thing we knew was that we would not encounter any skiers on the snowshoeing trail.

“Central Oregon is one of the few places that has designated snowshoe trails. I think they started doing that in the early 2000s,” Fertig said. “That has been one of the most positive things — is having separated trails.”

Indeed, we did not encounter skiers on the snowshoe trails, however, we did run into a small group of people descending the hill that we were just starting to climb. They painted a grim picture of what we were getting ourselves into.

“The hill is steep,” they warned. “The wind only gets worse the higher you get.”

Initially, they were not wrong. The hill only seemed to get steeper as the wind picked up. It became clear early that this might be a bit of a challenge than originally thought.

After several miles — actually, a dozen or so yards — of the grueling uphill climb, questions began to swirl.

Why would the good people at alltrails.com blatantly lie by calling the trail’s difficulty moderate, and what abominable trail would be deemed “hard”? Will The Bulletin be held responsible for suggesting such a torturous activity to its readers? And how many screws are loose in the heads of people who find this to be an enjoyable way to spend a weekend afternoon?

Yes, thoughts of turning around were bouncing around the head in the early stages of the climb. But we kept plugging along — mainly because of this story and for the hope that the views from the shelter would be worth the struggle.

Of course, my dog did not mind the climb and would mock us two-leggers by sprinting up the hill, then back down, then back up again.

Many more miles (yards) later, the trail suddenly began to flatten off a bit. Then came more welcoming news. The trail once believed to be nearly 5 miles out -and -back was actually only 3 miles, and the shelter was a mile closer than originally thought. Everyone but Rodger was relieved.

We weaved through the forest where the effects of the fire from nearly a decade ago were still noticeable. The once -evergreen trees were reduced to giant twigs shooting out of the snow. As Fertig pointed out, the open spaces left by the fire helped create better views of the surrounding Three Sisters and Mount Jefferson.

As we climbed and got closer to the shelter, the snowdrifts became deeper. Watching my pup stumble and sink into snow made me glad for the invention of snowshoes— serves that showoff right.

Walking through a patch of trees, the Jefferson Viewing Shelter appeared. It is a small Adirondack shelter with a giant heavy tarp covering the entrance to shield the wind.

Inside, there was a wood stove and benches, which made for a perfect spot to relax, rehydrate and munch on some trail mix, all while warming up and escaping the elements. The Nancy’s Loop and Three Creek Lake Trail nordic trails also lead to the shelter.

Outside in the distance, in all its glory, was Mount Jefferson. And on this day, it was completely covered up by clouds. Just our luck. The view was stunning nevertheless.

Refueled and after snapping a few photos, we began our trek, thankfully, downhill.

To get an idea of how windy it was, the tracks that our snowshoes had made heading to the shelter were completely gone. On a day where it was not snowing, the wind had blown the snow into our tracks that were several inches deep as if no one had been there.

Mother Nature tested our hardiness by giving us heavy winds on our climb and rewarded us with no wind on the way down. Suddenly, the moderate ranking made sense, and we discovered that the people of alltrails.com were not liars as we effortlessly made our way down the mountain and back to the parking lot.

And we made plans to revisit in the summer.

How to get there