A panoramic view from the midpoint of the west rim trail into the Hole-in-the-Ground crater. 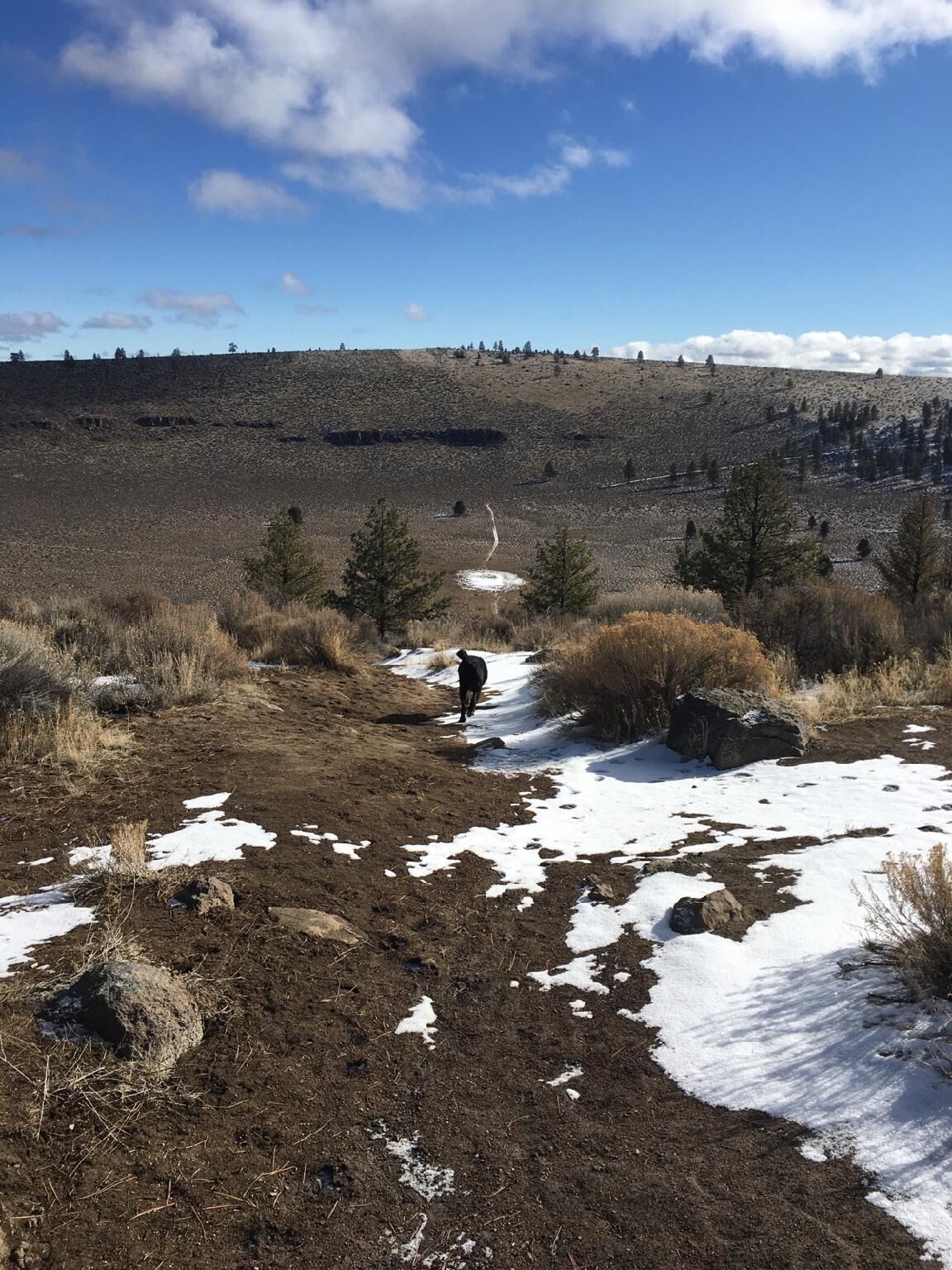 Kaloo heads down the steep path directly below the west rim of Hole-in-the-Ground, a maar crater southeast of La Pine. 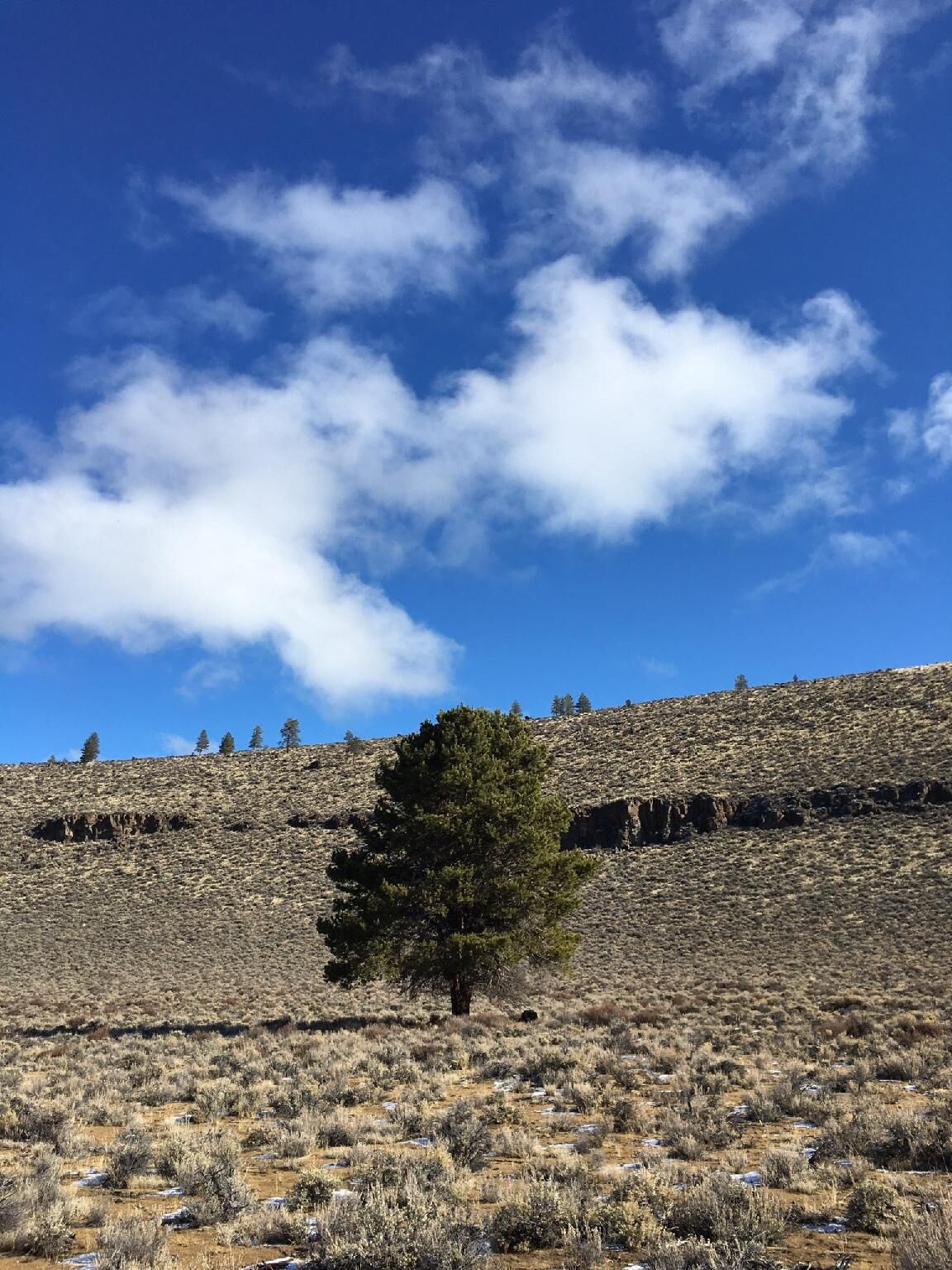 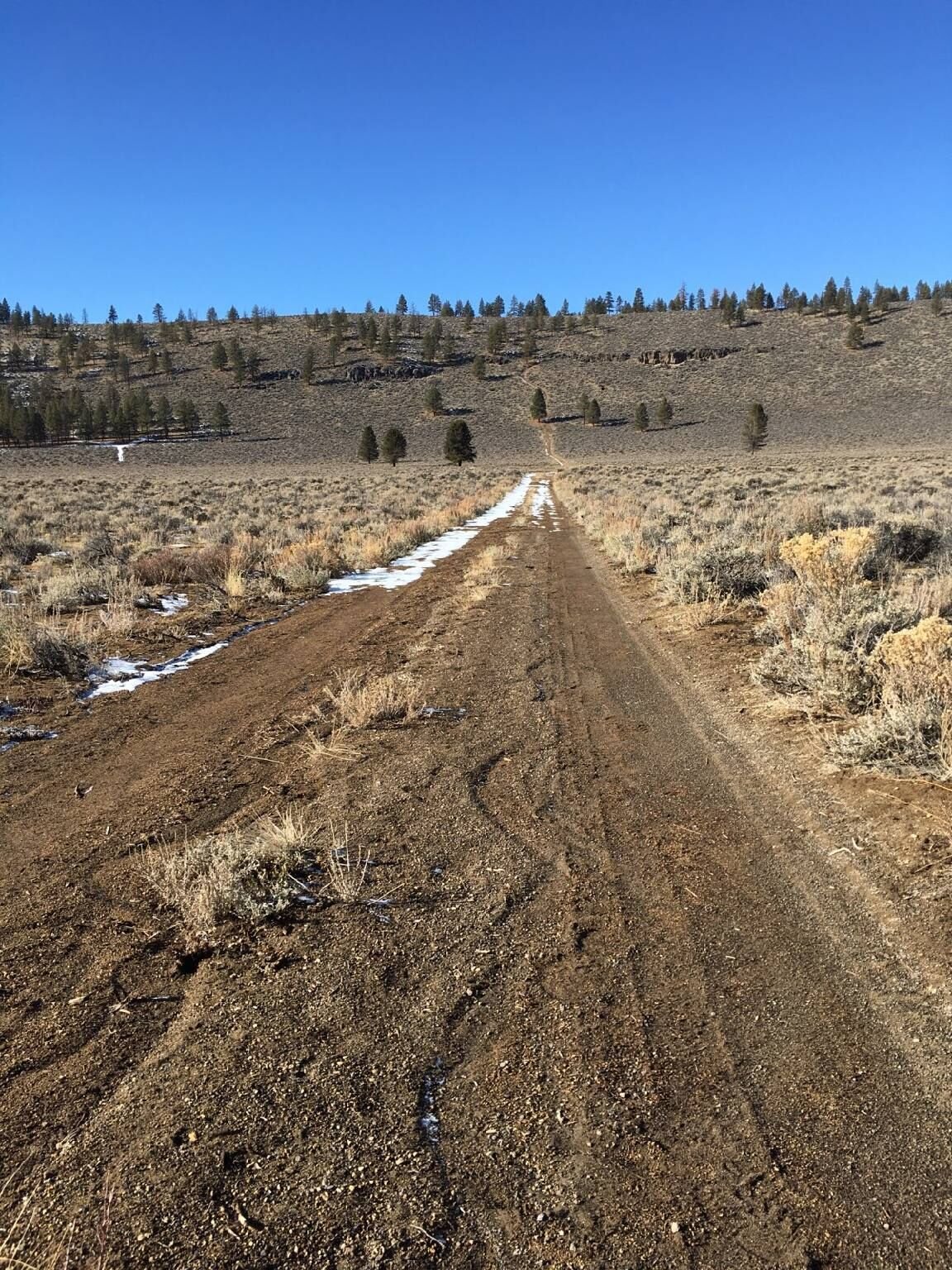 This view from the bottom of the crater is looking back at the steep trail of the west rim.

A panoramic view from the midpoint of the west rim trail into the Hole-in-the-Ground crater.

This view from the bottom of the crater is looking back at the steep trail of the west rim.

After I told my editor I was planning to make the just-over-an-hour drive from Bend to Hole-in-the-Ground last Friday, she mentioned that "These names crack me up."

With good reason. The day before, we'd been discussing some of these out-east names, which taken together are, well, very literal. Descriptive, yes, but literal: Whoever named Hole-in-the-Ground, a maar crater formed during the Pleistocene Epoch, probably didn't win a ribbon for creativity on the last day of Place-Naming Camp.

Less than 10 miles away is Fort Rock, which is a rock formation that resembles, yes, a fort, towering above the High Desert floor less than 10 miles away. There's another maar crater across Highway 31 named Big Hole, which is larger but more eroded than Hole-in-the-Ground. About 32 miles to the east of Fort Rock is Crack in the Ground, a volcanic fissure that resembles a — well, we'll give you three guesses.

Hole-in-the-Ground is located about 30 miles southeast of La Pine off of Highway 31 and takes a little over an hour to reach from Bend. My daughter Lilly and I departed shortly before 10 a.m., minutes after she alerted me to the fact that she had a video conferencing appointment at 2 p.m. she needed to be home for. Meanwhile, the car still needed gas and I still wanted a drive-thru coffee. We threw in extra jackets and gloves, plenty of water and, I realized after we were rolling, zero snacks.

As we motored south at the north end of the speed limit, the weather did not look promising. Baleful clouds glowered low in the sky around and beyond Lava Butte. But the adage about the weather and waiting 5 minutes held true once we were heading east on Highway 31, where the sun made quick work of melting ice on the pavement.

Though there are websites that will get you there, we brought along our decade-old copy of "Bend, Overall," Scott Cook's indispensable guidebook to nearly 100 hikes and outings two hours or less from Bend. Right down to the mile markers and distances between forest roads, his directions haven't let me down yet.

Interestingly, Hole-in-the-Ground, Big Hole and Fort Rock formed in similar ways, when volcanic eruptions encountered groundwater. Cook spells it out pretty succinctly: "The Hole formed by the rising magma encountering an underground aquifer, resulting in a huge explosion that blew rock and ash into a perfect circle around the vent, called a tuff ring. … To contrast, Fort Rock formed similarly, but its magma came up underneath (the) surface of an Ice-Age lake that once filled this basin 12,000 years ago to a depth of 200 feet. Fort Rock's explosion also built up a 300- to 500-foot tuff ring, but under water."

Last week wasn't our first time visiting Hole-in-the-Ground. Our family visited one cold and snowy morning 10 years ago this March, when Lilly and her sisters were big enough to do the one-hour-or-so walk to the bottom of the crater. At the time, those kinds of hikes often felt like slogs with kids. Lilly was 8 then. At 18, she can outpace me when she wants.

Though a very lumpy road circles the crater rim, a good bang for your buck is to head down the south rim trail and come back up the steeper path directly below the treed parking area on the west rim ("parking area" is a generous term for what you'll encounter). However, since we took that path the last time we visited, we opted to bound down the steep, straight path to the crater floor 425 feet below, and came back up the easy way.

Whichever path you take at Hole-in-the-Ground, a rose by any other name would smell just as sweet.

Getting there: From Bend, head south on U.S. Highway 97 through La Pine and turn left onto state Highway 31, heading southeast for 22 miles. Turn left at sign to Hole-in-the-Ground. After three miles and turn right at FS 3130. Proceed about a mile. Veer left  toward the crater rim.