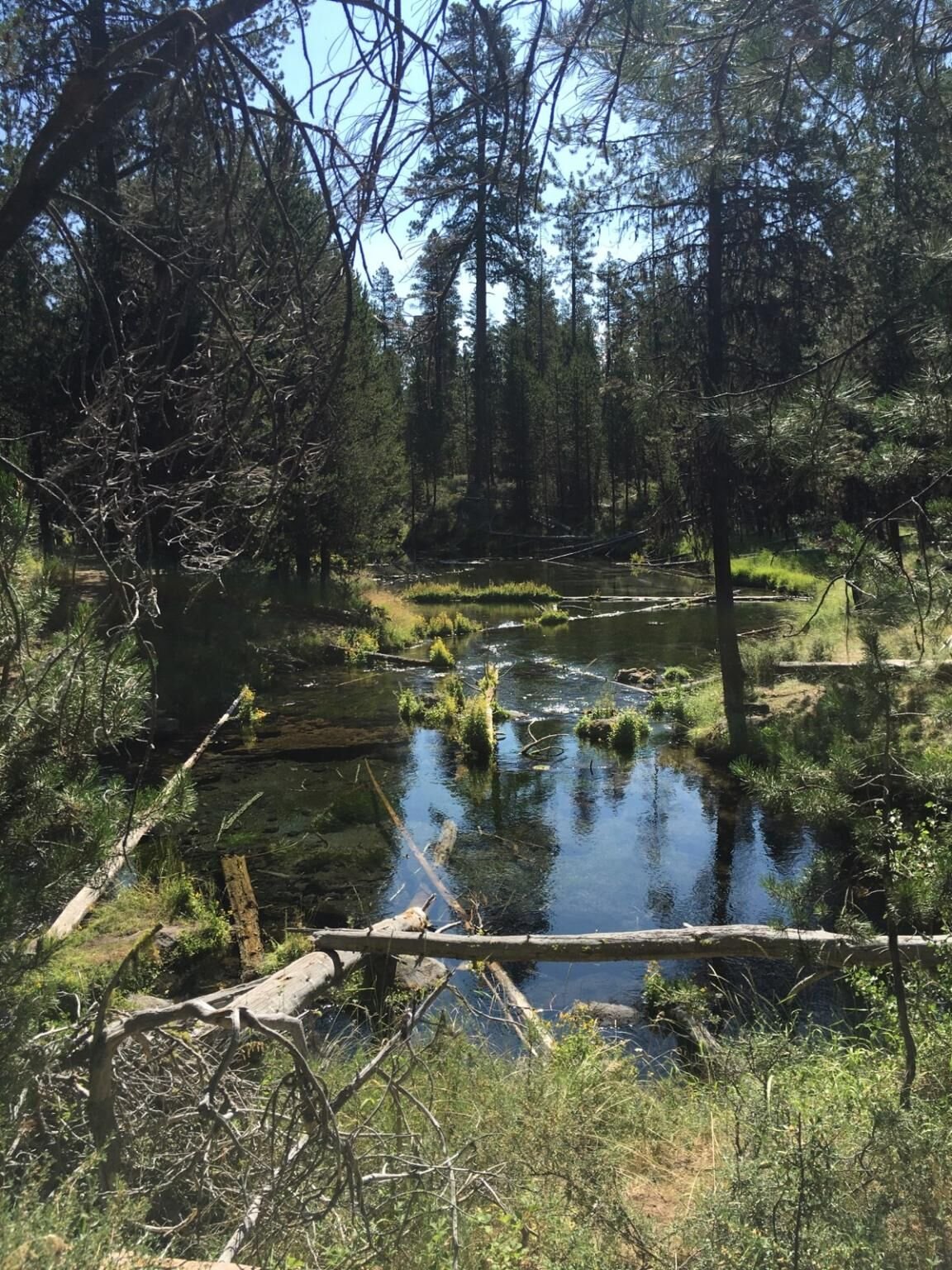 Hard to photograph but easy to gaze upon, the headwaters of Fall River burble out of the ground about 9 miles west of Three Rivers. 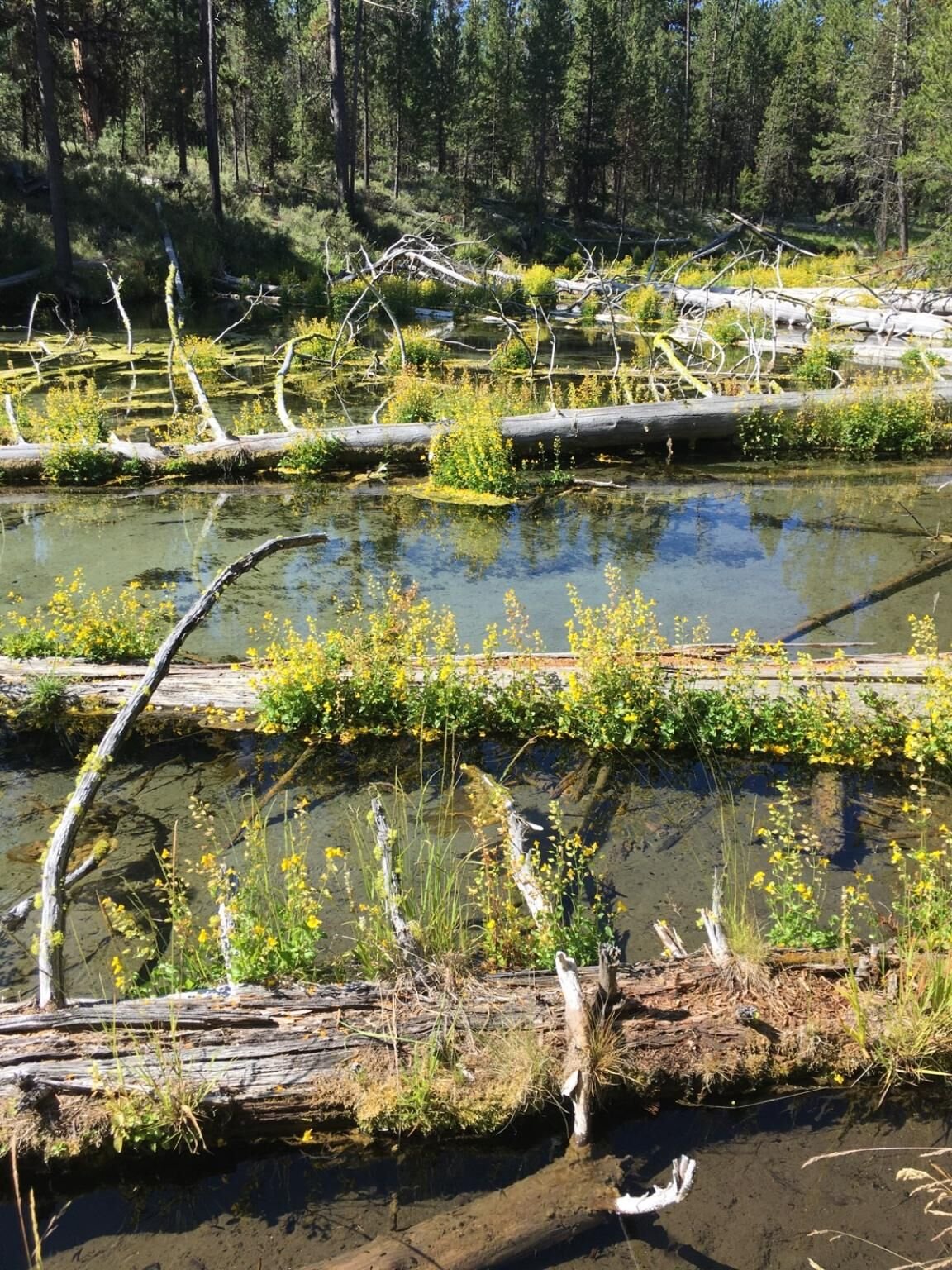 Wildflowers sprout from logs strewn across the Fall River, a haven for fly-fishermen. 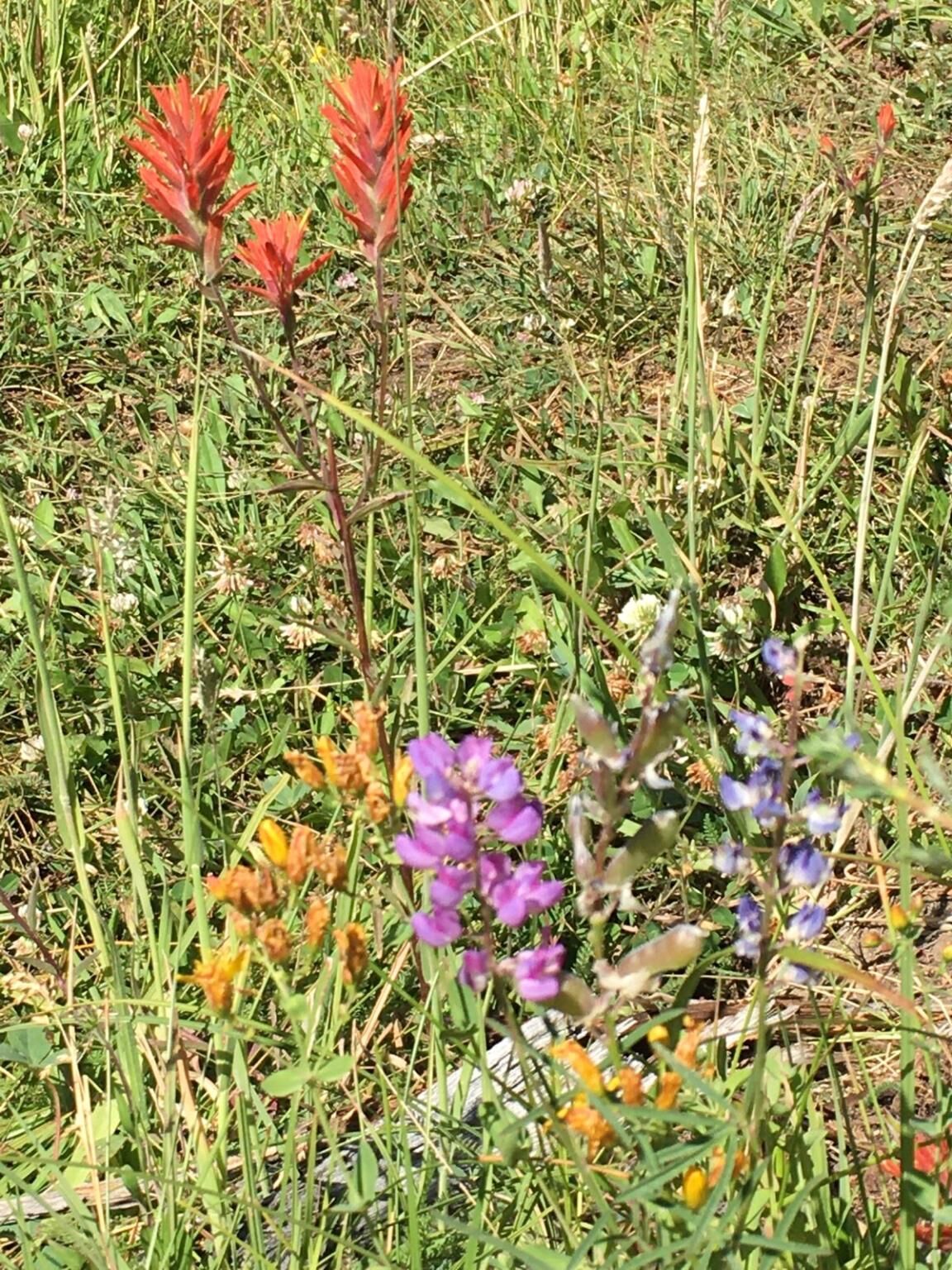 Indian paintbrush, lupin and other wildflowers bloom along the banks of the Fall River. 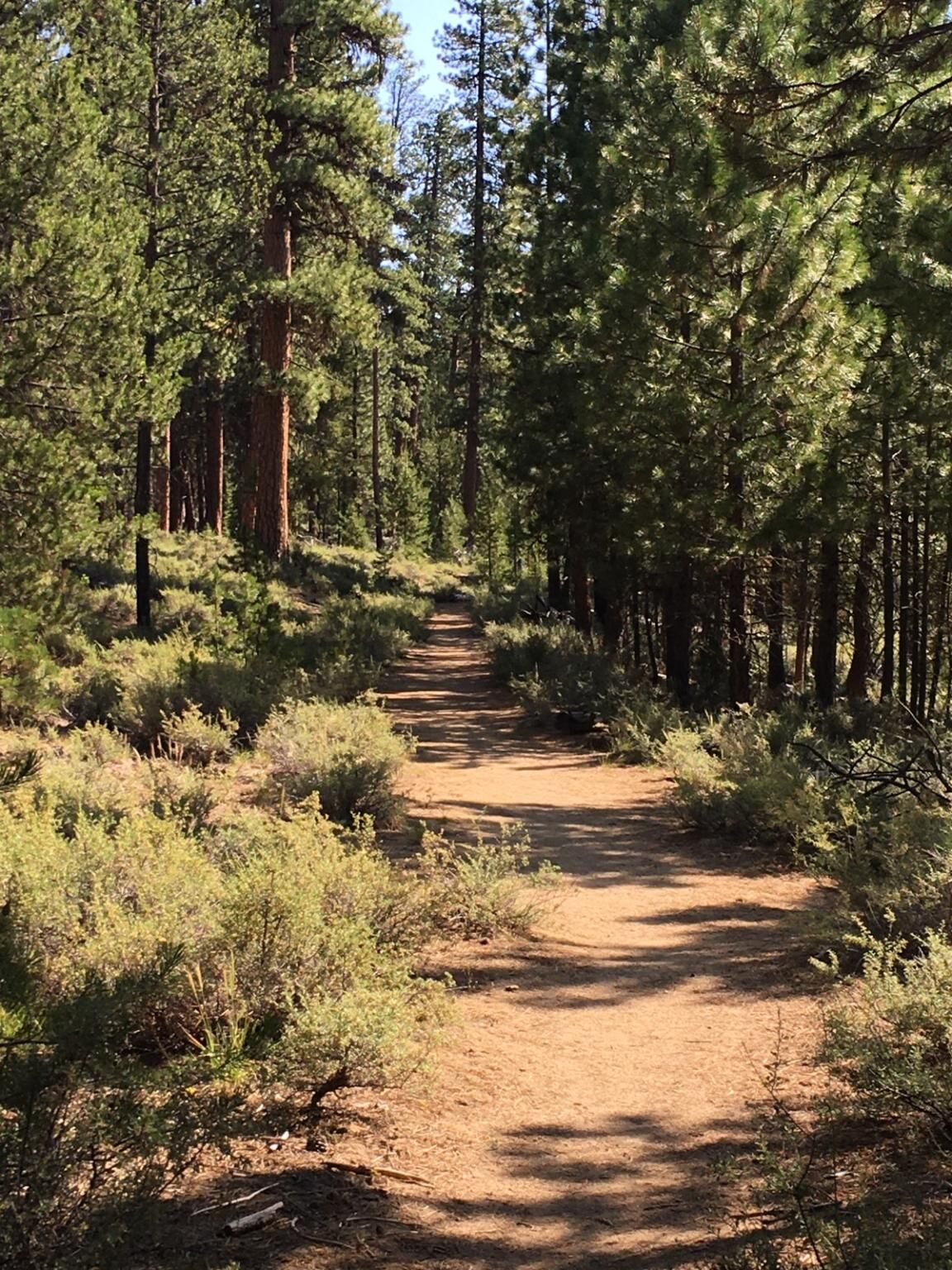 Ponderosa and lodgpole pines line the Fall River Trail, a quiet destination for those seeking tranquility and solitude.

Hard to photograph but easy to gaze upon, the headwaters of Fall River burble out of the ground about 9 miles west of Three Rivers.

Wildflowers sprout from logs strewn across the Fall River, a haven for fly-fishermen.

Indian paintbrush, lupin and other wildflowers bloom along the banks of the Fall River.

Ponderosa and lodgpole pines line the Fall River Trail, a quiet destination for those seeking tranquility and solitude.

Last week, my daughter and I took a lovely morning hike along the banks of the Fall River in southern Deschutes County. It was the perfect way to start the day.

Put more accurately: It was the perfect way to make up for how the day began.

The peaceful couple of hours we spent meandering along and sitting beside this gem of a river stood in stark contrast to earlier that morning, when we spent about a half hour trying to wrestle our old 17-foot Grumman aluminum canoe atop my van.

Long story short, I’m not sure how much the old boat weighs, but light it is not. Whatever it lacks in weight, it more than makes up for in unwieldiness. It’s no wonder everyone else has switched to kayaks and paddleboards made of space-age composites. A day later, the canoe was still sitting atop our front lawn, where we abandoned ship along with the idea of paddling in favor of a pleasant hike at Fall River.

I could feel myself decompressing even before we hit the road. It’s always a relief to cancel plans, especially when they’re starting to feel like too much of a hassle. After securing coffee, Caroline and I drove south on Highway 97 from Bend, hung a right on Vandevert Road south of Sunriver, a left on South Century, following it south to its westbound turn. This area is known as Three Rivers, for the close proximity of the Deschutes, Little Deschutes and Fall rivers.

One crosses the Little Deschutes almost immediately on South Century, followed about 2.5 miles later by the Deschutes. A mile or two after crossing the Deschutes, I had a moment, probably not for the first time given my sporadic Fall River visits over the years, where I began wondering if we were perhaps on the wrong road.

In all, it’s only about 4 miles from the Deschutes to the Fall River Fish Hatchery — not our destination, but a landmark that always alerts me I’m getting close to the Fall River. When Caroline and her sisters were little, the fish hatchery would have been a prime destination for killing an hour or two by feeding handfuls of fish food to the fish. But these days, we can cover a lot more ground, for which I’m thankful.

Still heading west, after the fish hatchery, comes the first of a handful of small parking lots. Any of these are swell spots to stop, if memory serves, but in recent years, the headwaters seem to be our goal. We soon passed the Fall River Campground, although there’s parking there, too, and proceeded to the next roadside parking lot, closer to the headwaters of the Fall River.

Caroline and I headed down the hill to the main trail, which isn’t as close to the river as one might like. However, the Fall River is popular as all get out with fly-fishermen, and the fishermen’s trail along the banks is the one to take if you’re just about seeing the river or finding a comfortable spot to sit in the shade and cool your feet in the water.

We stuck to the main trail, which is better for holding a conversation, pausing here and there to take photos and admiring the Indian paintbrush and other wildflowers in bloom. The main trail is well-maintained save for the giant ponderosa log that happened to be blocking it when we visited. By appearances, it’s been there a while, judging from the user-created detour to an easier crossing point.

Truth be told, we arrived almost too quickly at the Fall River Guard Station, a 600-square-foot cabin adjacent to the headwaters, which come burbling out of the ground into a full-fledged river. While dad restlessly tried to photograph the headwaters, Caroline settled in to cool her feet in the icy waters.

We lingered here for 15 or 20 minutes, just soaking in the rays and the natural beauty, something I don’t do often enough. I get out in nature, but usually, it’s for a brisk walk or a bike ride. But there are health benefits to be had just being in nature.

In a 2018 Time Magazine article, author and scientist Qing Le wrote of the health benefits, including cardiovascular and metabolic benefits, of what the Japanese call “shinrin-yoku,” which means “forest bath” — no water or much effort required.

“This is not exercise, or hiking, or jogging. It is simply being in nature, connecting with it through our senses of sight, hearing, taste, smell and touch,” Le wrote. “Shinrin-yoku is like a bridge. By opening our senses, it bridges the gap between us and the natural world.”

His main advice is to simply relax and engage your senses. Inhale the fresh air. Touch the bark of trees. Listen to the call of unseen birds. Hardest of all: Try not to look at your phone.

Le also says that you don’t even need much time or even an actual forest to derive benefit from simply spending time in nature. Anywhere there are trees will do, even your backyard.

In all, Caroline and I spent probably just a little over an hour meandering here, passing less than a handful of other hikers and fishermen. We were in no hurry to leave, but eventually we heard the call of lunch. I sure wouldn’t mind hurrying back.