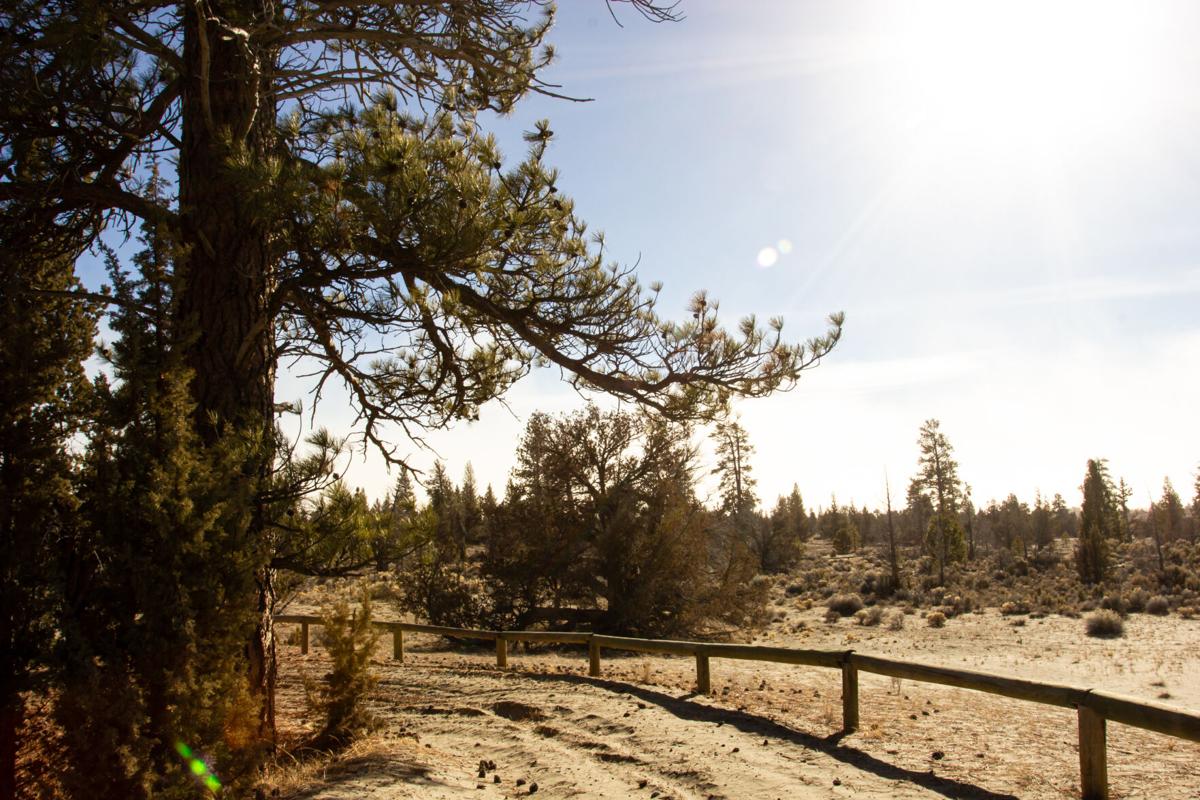 A ponderosa pine stands near a fenced-off section of the Lost Forest. 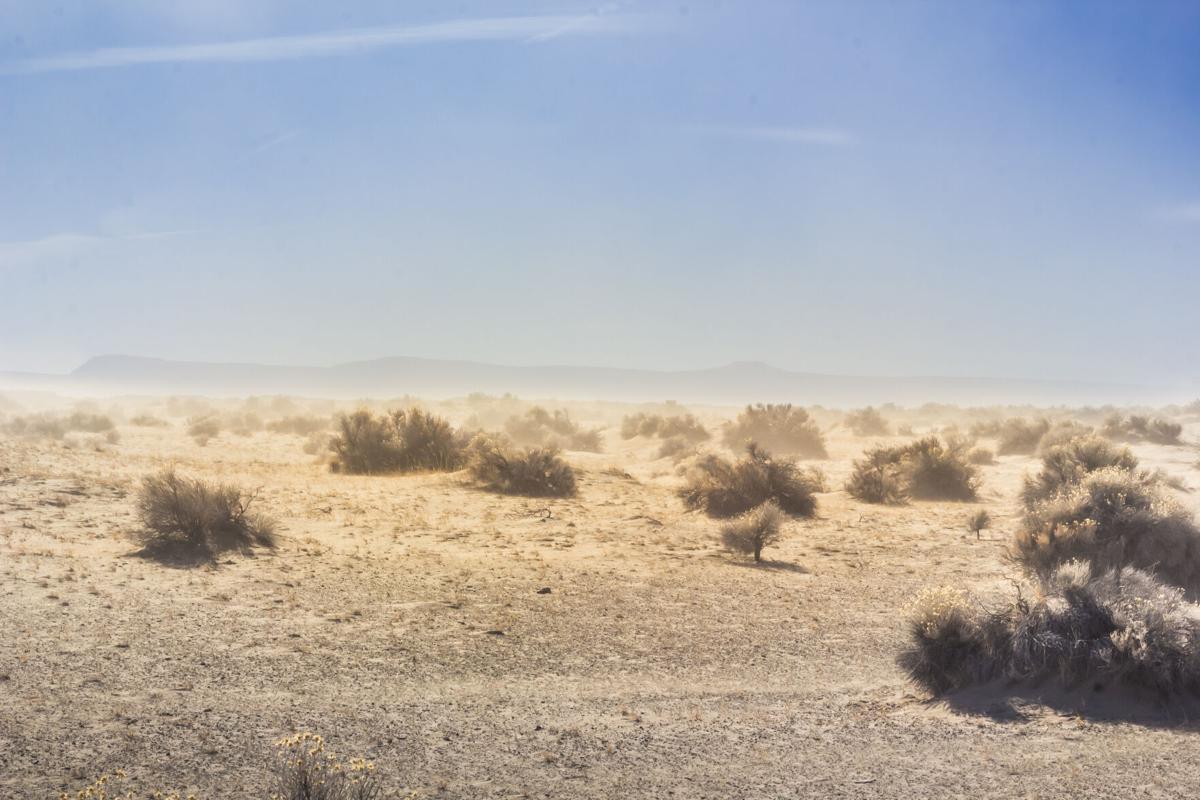 High winds whip up sand across the Fossil Lake area near Christmas Valley. 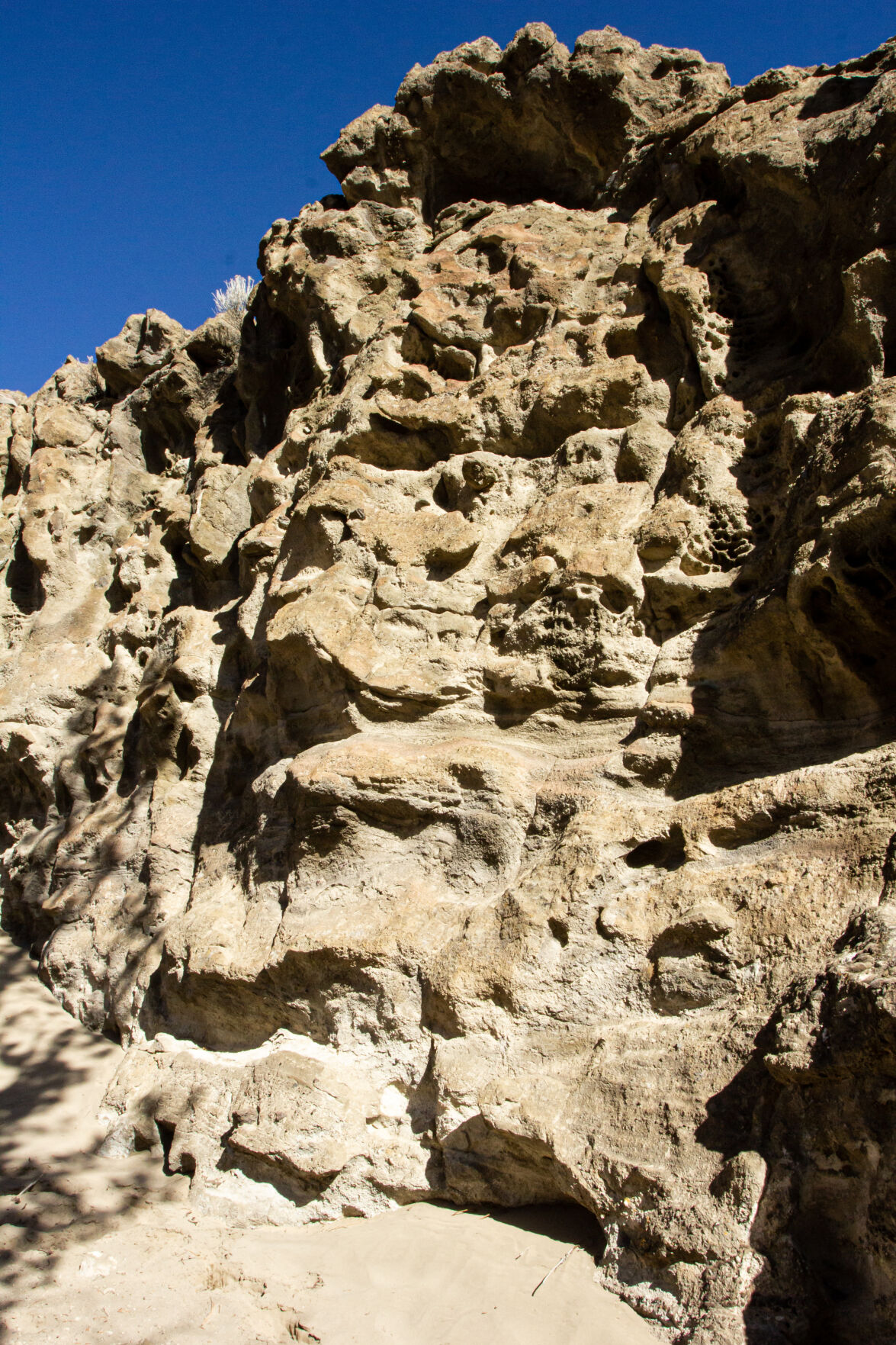 The side of Sand Rock has been eroded by westwardly winds. 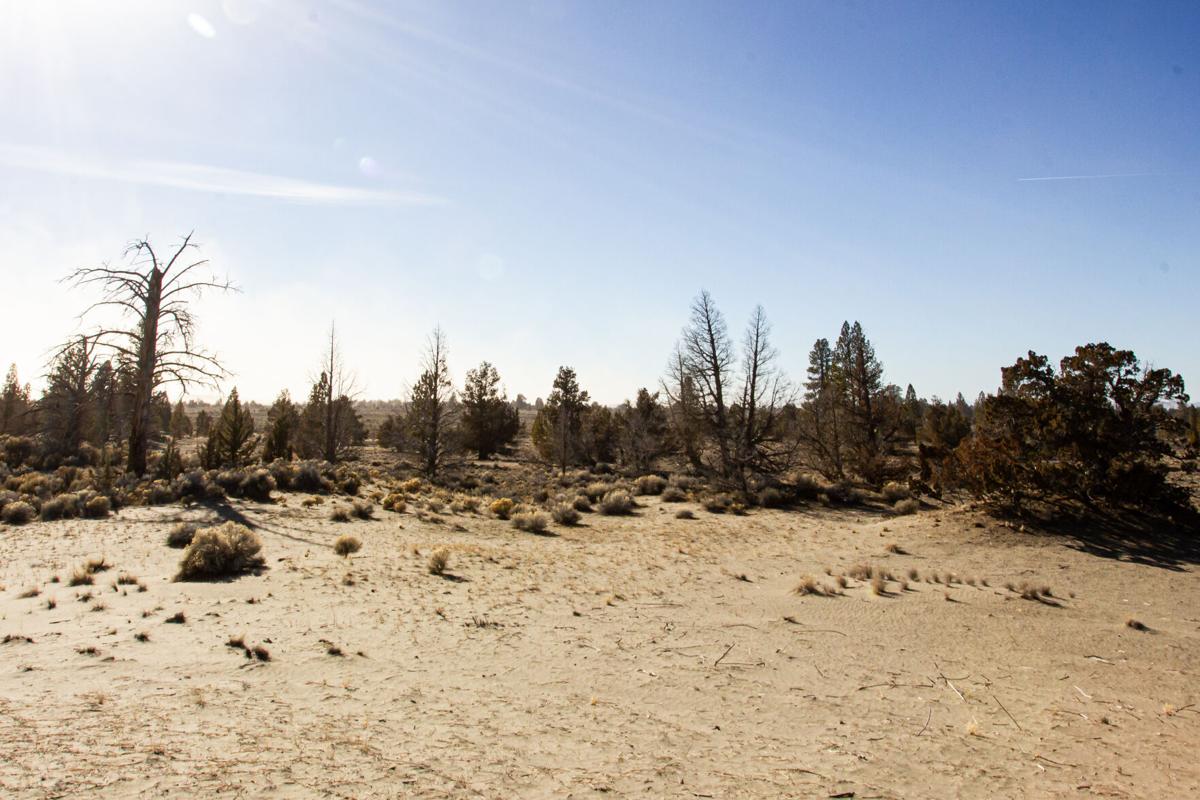 The edge of the Lost Forest looking west.

A ponderosa pine stands near a fenced-off section of the Lost Forest.

High winds whip up sand across the Fossil Lake area near Christmas Valley.

The side of Sand Rock has been eroded by westwardly winds.

The edge of the Lost Forest looking west.

Turning my Jeep eastward toward the so-called Oregon Outback is one of my favorite drives in the state. It’s easy to find yourself lost down a bumpy dirt road without cell service, but it’s just as easy to find your way back to paved country highways to get your bearings again.

And that’s part of why it’s so great.

Beyond the miles of sagebrush dotted with farmland is a small corner of Earth east of Christmas Valley that hosts a hidden treasure — the Lost Forest Research Natural Area.

The nearly 9,000-acre ponderosa pine and western juniper forest is nestled between typical arid High Desert terrain, the constantly shifting inland dune system of the Christmas Valley Dunes and Fossil Lake, where hundreds of paleontological specimens have been unearthed for over a century.

By all accounts of the surrounding landscape, the forest shouldn’t be here. But it has survived from a cooler, wetter age and can now withstand meager annual rainfall, sandy soil and wind storms that rip across the landscape.

The stand of mostly pine and juniper trees is 40 miles southeast from the nearest similar forest, and the pines here receive about half of the average water needed to grow and thrive. Nevertheless, they persist.

There isn’t much signage once you’re in the Lost Forest, so make sure an area map is downloaded to your phone or you have a paper one handy. And if you want to explore longer, there are six designated campsites within the Lost Forest and three more out in the sand dunes area. Only camp in designated areas and do not collect wood from the Lost Forest.

On a recent trip, the wind howled across the dunes, kicking up a sandstorm that this Oregon girl had never seen before.

After trying (and failing due in part to the sandstorm) to find Fossil Lake, my sister Heather and I made our way east toward the Lost Forest, which remained under clear blue skies.

The tops of the ponderosa pines bent heavily under the westward gusts as we made our way deeper into the forest.

Even driving on a windy day can bring unexpected sightings. Wildlife here can range from mountain bluebirds bathing in whatever pools of water they can find to raptors scouting their next meal, or bobcats and jackrabbits bounding through the sagebrush, fescue and other desert ground covers. Keep your binoculars or camera ready.

As we explored further, minding the rocky road and deep ruts of deep sand and mud, the trees gave way to a sudden rocky butte.

Sand Rock is about 3 miles into the forest, but it seems longer given the slow, careful speed necessary to get here.

Knowing nothing about the rock but its name, we edged closer, deciding to make our way there when a side road appeared leading to it.

Sand Rock seems aptly named as deep cuts running north-south in the rock have been eroded by and filled with the coarse sand that covers the landscape here.

The exposed areas of the large basalt formation have been sandblasted for centuries as the wind kicks up the sand left behind from ancient lakes here mixed with ash from the eruption at Mt. Mazama 7,700 years ago, creating a rock face that resembles Swiss cheese.

It, like Lost Forest as a whole, is a specimen of resiliency. Against the wind, low rainfall and creeping sand dunes, both still stand.

At the T-junction, turn right onto Lost Forest Lake and continue along the well-maintained gravel road until you reach the end then turn left.

The Lost Forest is closed to all motor vehicles except for the designated roads, many of which are bordered by fences and packed with red “Closed” signs.

These designated roads are rough and depending on the time of year, can be thick with mud or sand. A 4x4, high-clearance vehicle is highly recommended. If you get stuck, there is spotty cell service, and it’s a long walk back to Christmas Valley.