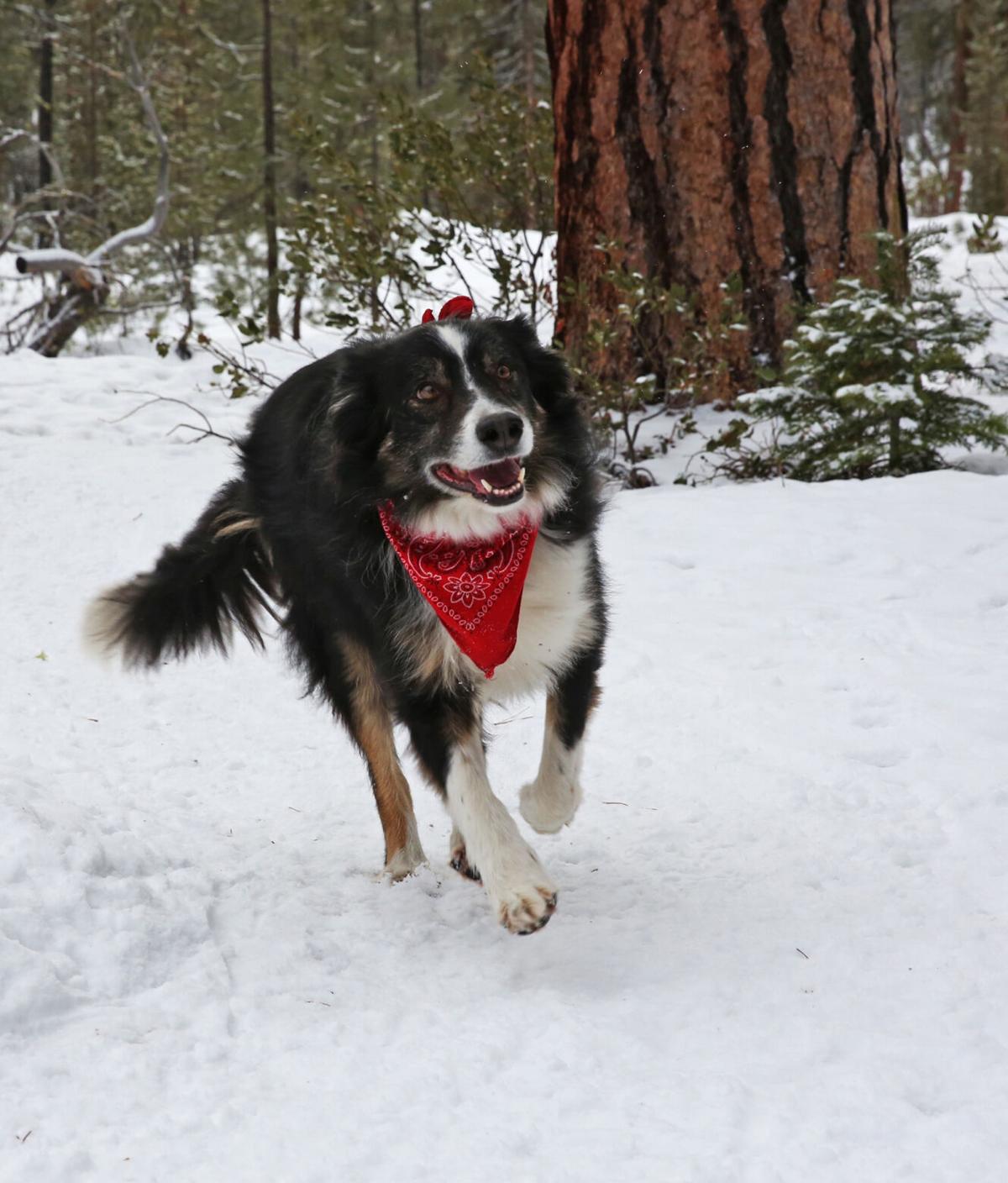 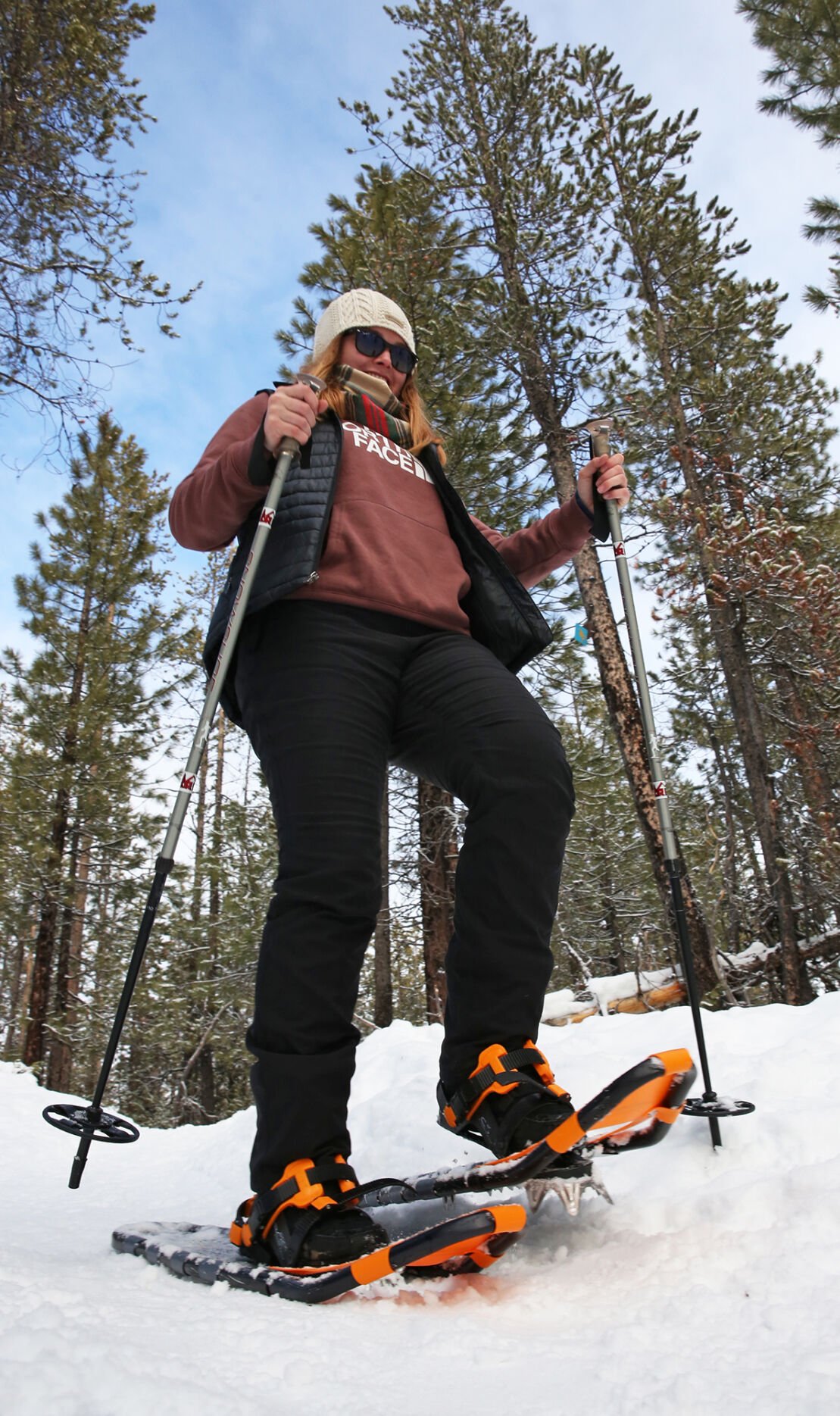 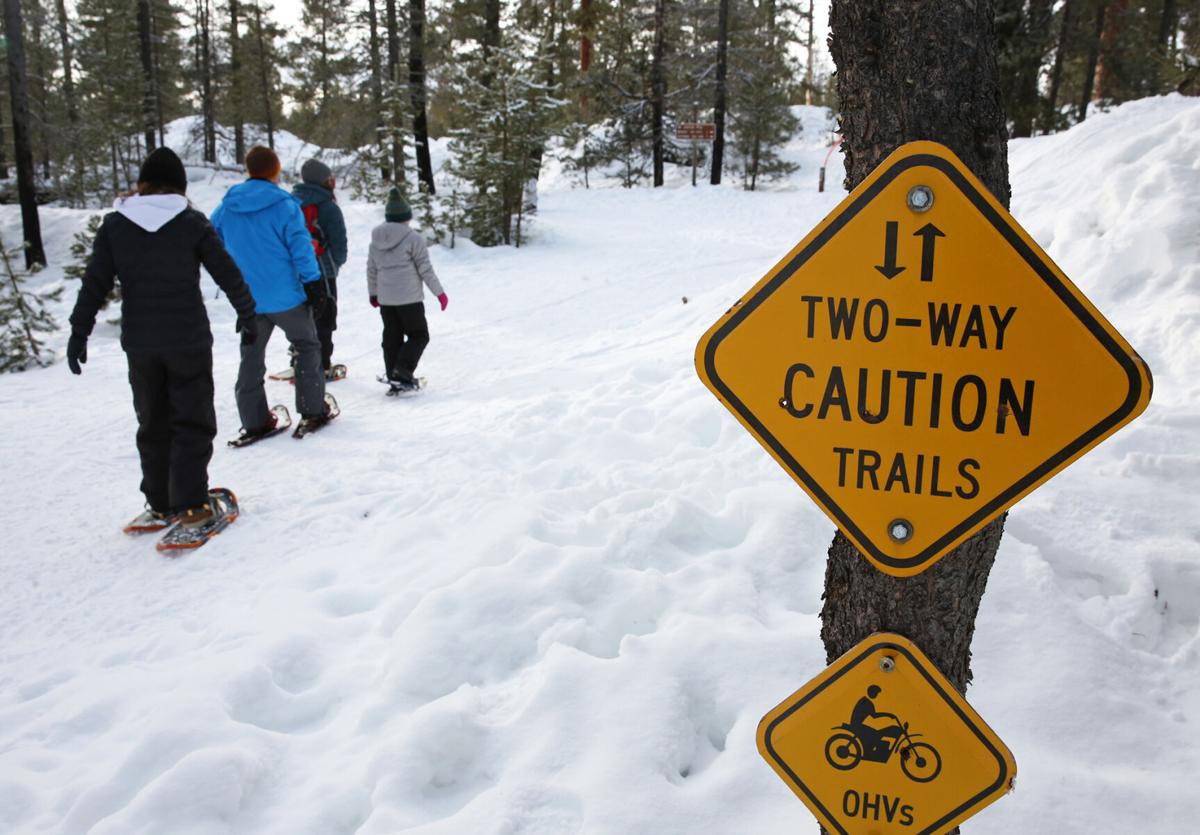 A few trails are shared with motorized vehicles at Edison Butte Sno-park, although most trails are not. 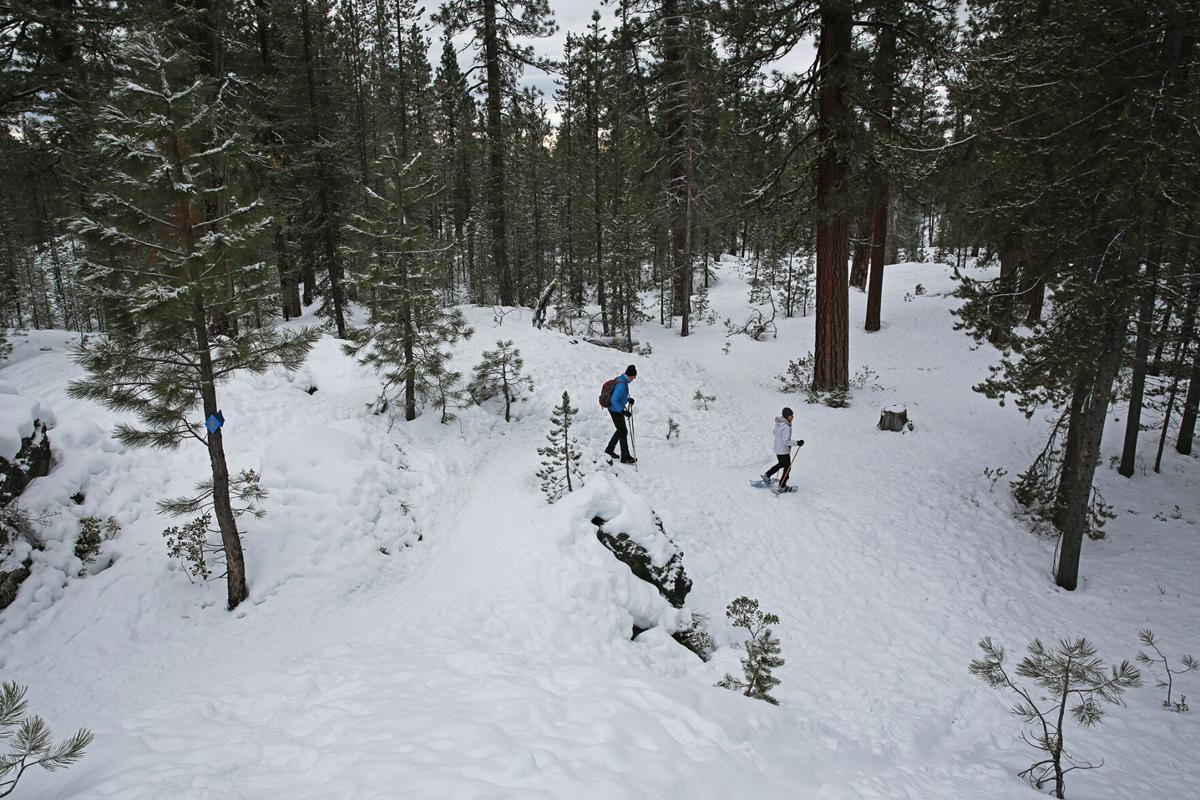 A few trails are shared with motorized vehicles at Edison Butte Sno-park, although most trails are not.

Sledders, snowshoers, snowmobilers each have a place to play at Edison Butte Sno-park.

With 12 marked snowshoeing and cross-country skiing trails — all conveniently with names like “High Voltage,” “Tesla” and “Alternating Current” after lightbulb inventor Thomas Edison — ranging in difficulty and distances, with loops running from less than a mile to more than 5 miles.

There are also areas for sledding and trails for snowmobiling at the park, which is located east of Mount Bachelor on Forest Road 45. Most of the snowmobile trails and the snowshoeing/cross-country skiing trails do not intersect, allowing for peaceful exploration of the forest without having to hear the roaring engines.

“It is a fabulous resource,” said Alan Rutherford of Sunriver. “Snowmobilers go one way ; we (snowshoers and skiers) go another way. I heard one just as we were coming back. For the most part, we are separated, which is nice because you can enjoy the ambiance of the forest.”

With minimal snowfall in the Bend and Sunriver area, Rutherford, along with his friend Bud Morris, have been regulars at the sno -park, where several feet of snow have fallen in the higher elevation areas.

“If you live in Bend, you know that there is (no snow) there,” Morris said, following an early afternoon 4-mile snowshoeing trek. “I came here with my wife and daughter on Saturday, and we might come up Thursday. We go a couple of times per week.”

Beneath several feet of snow, the lava beds in the Deschutes National Forest are prominent throughout the trails. For those who have only experienced Edison Butte in the winter, it creates curiosity about what lies beneath the blanket of the snow.

“It was really nice to hike this trail in the summer or spring when there is no snow so that we could see the type of terrain that we are moving over,” Rutherford said.

Another perk of the park is that pets do not have to be tethered to a leash: They are free to run around and enjoy the snow as well. That is not the case at all sno -parks in the Deschutes National Forest.

“This is my favorite park because you can take your dog, there are shelters everywhere so you can have a fire, hang out — sometimes I’ll pack a lunch and drinks and hang out,” said Liz Bluhm, an avid cross-country skier from Bend. “But my favorite part is being able to bring my dog, and she can run around off -leash.”

For first -time cross-country skiers, Edison Butte might be a tough place to learn, says Bluhm. Unlike places like Meissner and Swampy sno-parks, the trails at Edison Butte are not groomed.

“Lot’s of ups and downs,” she said. “I wouldn’t really recommend it for beginner cross-country skiers; the trails aren’t groomed so it feels a little more in the backcountry so you feel more remote more so than other parks.”

If you are seeking solitude in the forest, weekends at Edison Butte might not be the best time to visit.

“I came up on a Sunday and drove around the parking lot and just ended up going home because there were too many people,” Rutherford said. “There is no point in going to the forest if there is going to be crowds of people.”

From Bend: Travel west on Cascade Lakes Highway for 19 miles, past Wanoga Sno-park, then drive 4 miles south on Forest Road 45.