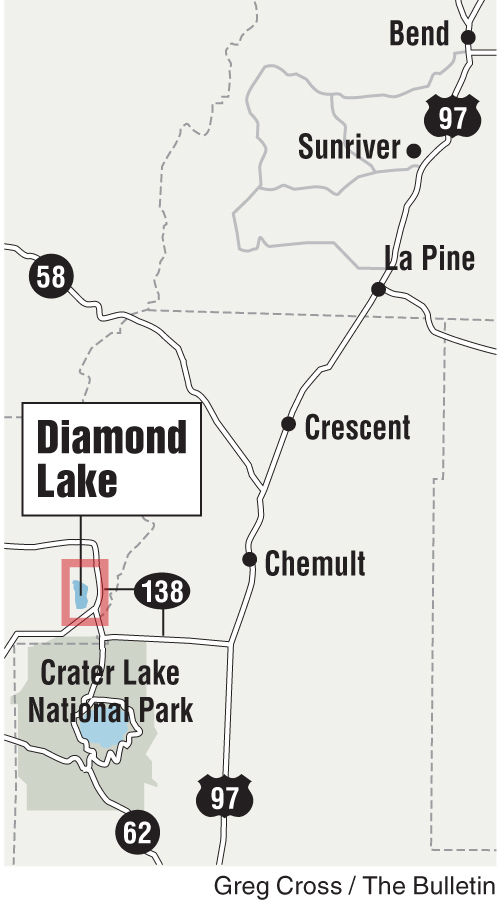 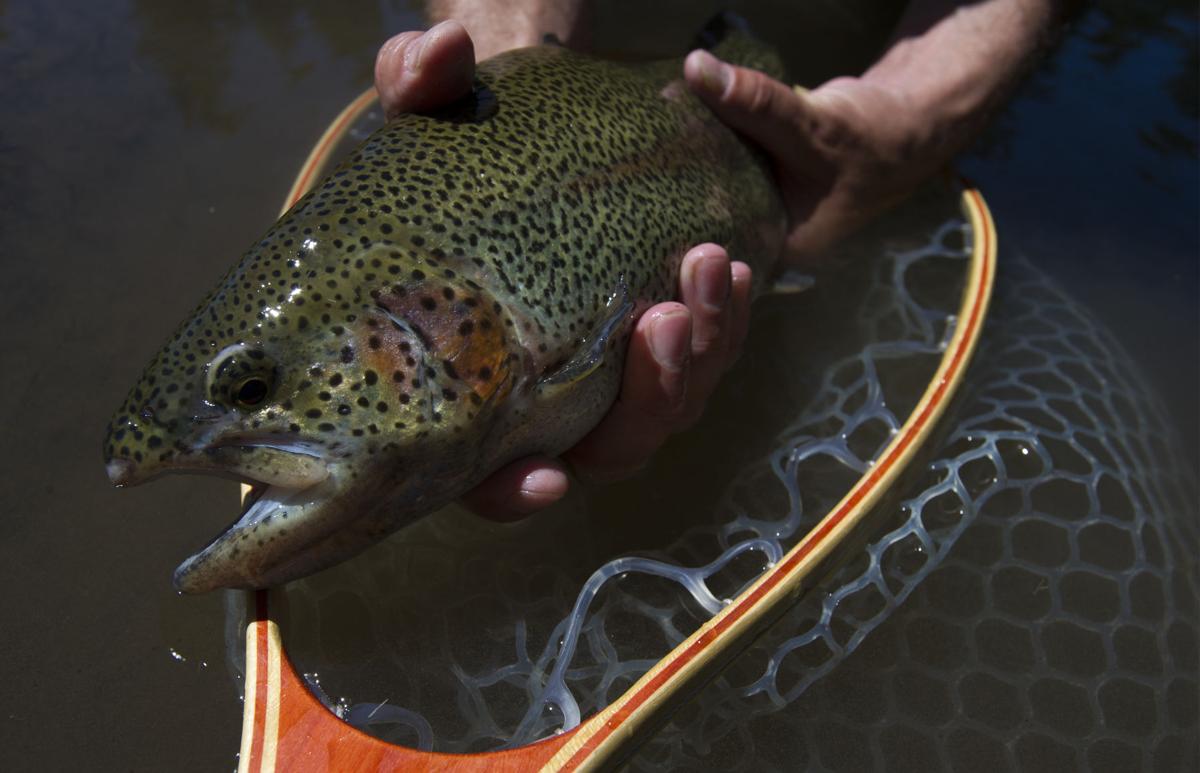 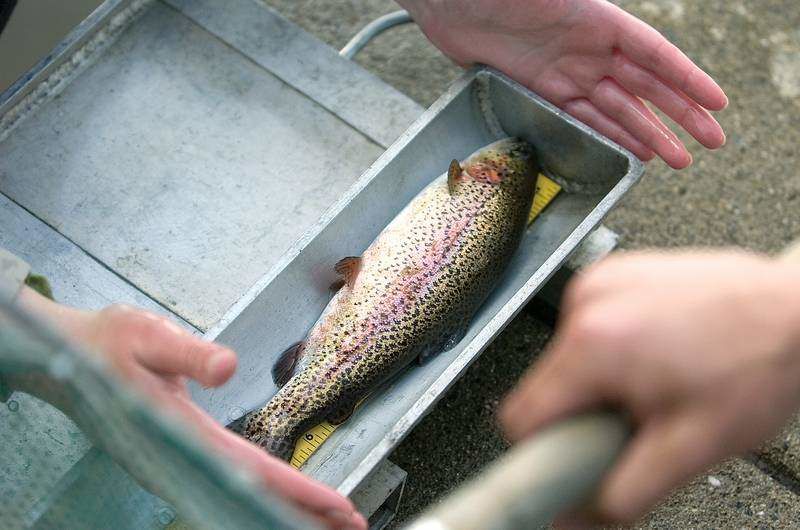 Biologists with the Oregon Department of Fish and Wildlife measure rainbow trout released into Diamond Lake in 2007.

Biologists with the Oregon Department of Fish and Wildlife measure rainbow trout released into Diamond Lake in 2007.

The Oregon Department of Fish and Wildlife is asking anglers who frequent the rainbow-trout filled Diamond Lake a favor: collect and provide the scale samples from harvested rainbow trout exceeding 20 inches in length.

The lake located about 100 miles south of Bend and due north of Crater Lake is stocked with 300,000 rainbow trout, 15,000 tiger trout, and 20,000 brown trout (tiger and brown trout are both stoked for invasive species control and are catch-and-release only). The age of the rainbow trout is what the ODFW is hoping to learn more about.

“We are just really curious about how long are the oldest fish,” said Frank Drake, the assistant district biologist of the Umpqua Water Shed. “What is the maximum attainable size considering what stock of fish we have in there, what is the longest attainable size for a rainbow trout in that lake?

“Involving anglers in the process is a way for folks to participate in science and help us out with information gathering.”

Similar to the rings of a tree determining the age of a tree, the scales of a fish tell the same story. While anglers can provide anecdotal evidence of a fish’s length, anglers tell stories of catching 25-inch rainbow trout, finding fish that size has proven to be challenging.

“We have lots of information,” Drake said. “Fish have indeterminate growth, so as long as they are alive, they are going to continue to grow — we just don’t encounter those older fish.”

In 2006, the ODFW poisoned Diamond Lake with rotenone in a effort to kill off a non-native species tui chub which was introduced illegally in the early 1990s and negatively affected the sport fishery due to drop in the insect and trout population. By 2007, the water quality improved, more rainbow trout were introduced and the trout population returned.

Through Labor Day weekend, ODFW will collect samples from harvested rainbow trout exceeding 20 inches. Along with the fish health conditions, water quality, and benthic macroinvertebrate trends (small animals living among stones, logs, sediments and aquatic plans at the bottom of body’s of water), the data collected will help biologists maintain a quality fishery and help make future management decisions, Drake said. It is a way of keeping stock of what is happening in the lake.

“We know about what the average is, we know how big the rainbow trout is when we put them into the lake, we know how fast they grow during their first year,” Drake said. “After that first year, that is where we have questions, and we want them answered.”

The daily limit of rainbow trout is five with one over 20 inches and three daily limits in possession, according to ODFW. The trout’s scales exceeding 20 inches are to be collected and then sent to the ODFW lab in Corvallis, where they can help determine the age of the fish along with its length.

“We haven’t had the time or the money to get those scales processed yet,” Drake said. “But this is an effort to get the age composition of rainbow trout in the lake.”