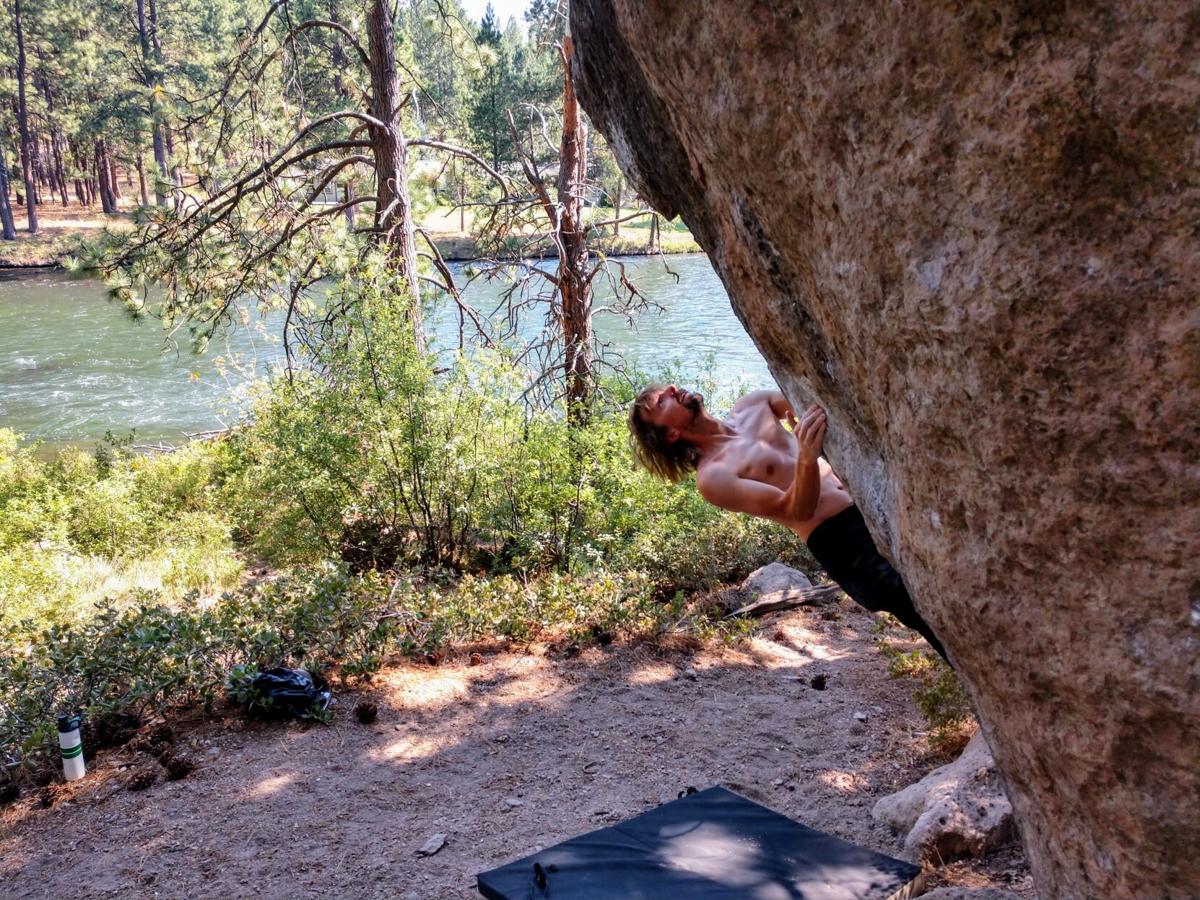 Drew Peterson, above, and Cristina Peterson, at left, climb a boulder in Meadow Camp. 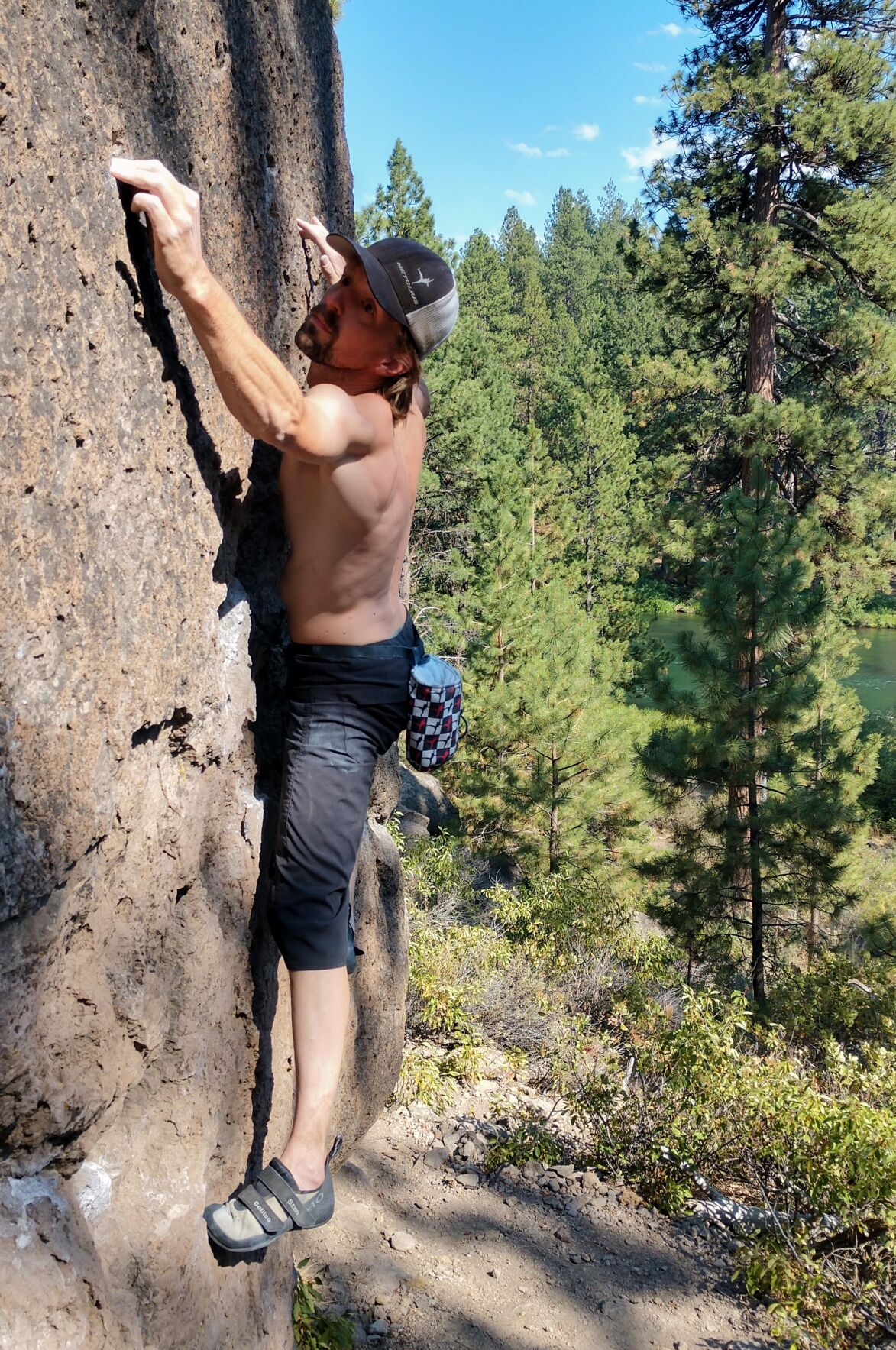 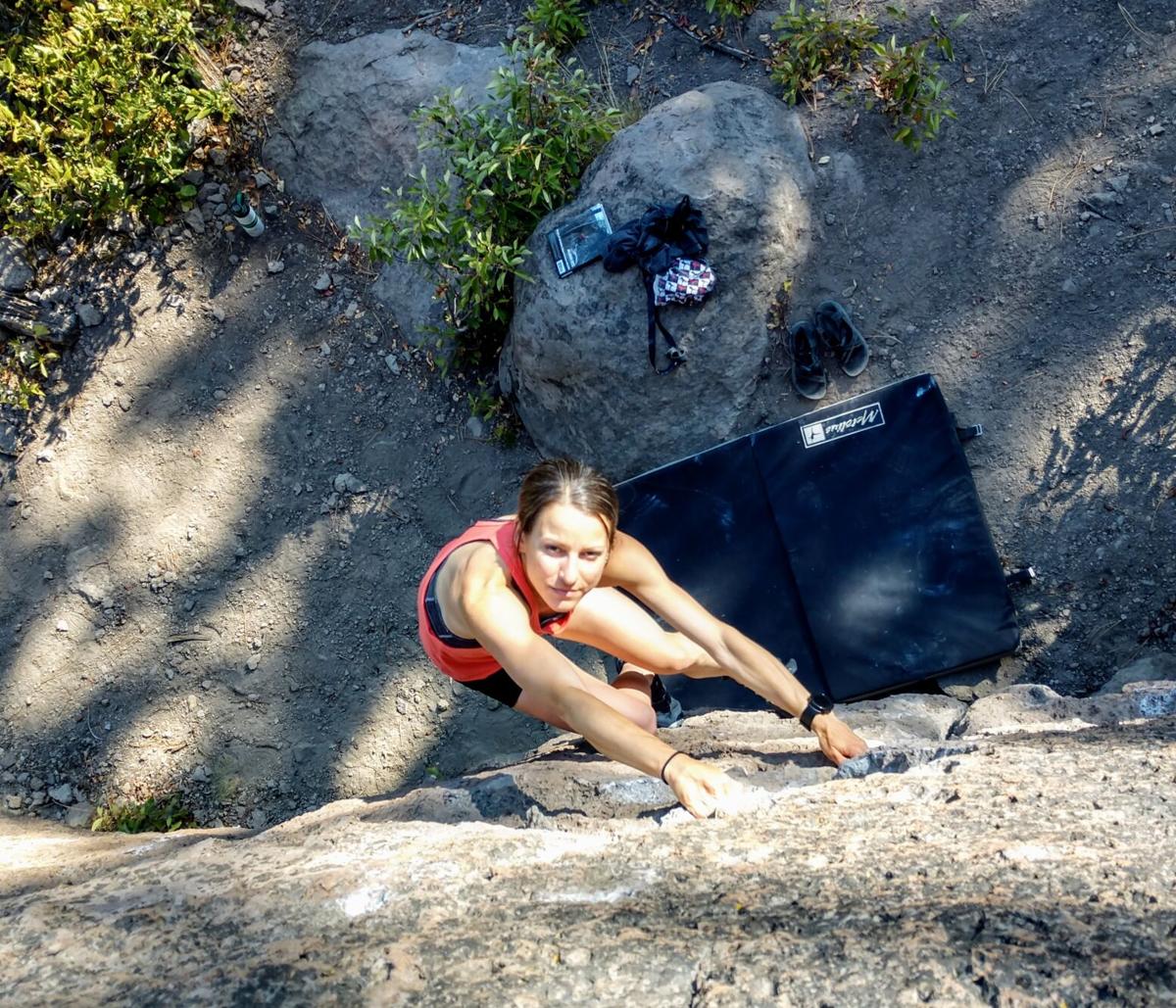 Drew Peterson, above, and Cristina Peterson, at left, climb a boulder in Meadow Camp.

Boulder to beat the heat

Bouldering is a style of rock climbing most often done on large boulders, sometimes on short cliff bands. The problems, which are specific sets of moves, are usually 15 feet or shorter. Some problems traverse around a boulder, never more than a few feet from the ground. Bouldering is done without a rope. Instead, climbers use crash pads to drop down onto and soften a fall. A rope is not needed because the problems are relatively short in height.

Bouldering is a good option on hot summer days. With less gear and short problems, it can be easier to have a solid climbing session during cooler hours of the day. A breeze coming off the river also provides relief from the heat at Meadow. Depending on the aspect of the boulder, many climbs are shaded, especially late in the evening. Cooling off in the water is always an option between conquering boulders or if it’s just too hot to climb.

A strong history of climbing

Modern day climbers have been pulling on these rocks since at least the 1970s. Surely, tribes that lived in Central Oregon explored these cliffs and it’s likely that the Euro-Americans settlers did, too. The verdant river corridor and shade of towering ponderosa pines trees attracted people in years past, similar to what lures people there today. Climbers in the 1970s and 80s focused on the volcanic cliffs, lined with splitter cracks and easily accessed for top-roping. In the 1990’s the area’s strongest climbers established problems on the boulders scattered between the cliff and river.

During those decades, climbers didn’t name or grade routes and problems at Meadow. They just climbed and moved on to the next line that looked fun. It wasn’t about tick lists then. It was about being outside with friends.

Today, the guidebook, “Central Oregon Bouldering” by Jason Chinchen, provides directions and ratings for areas all around the high desert. Chinchen says Meadow Camp is one of the best spots because there are so many good boulders. If he had to choose a favorite one it would be Serendipity Principle. “It’s a classic,” he says.

Meadow is close to town and attracts all types of visitors from hikers and dog walkers to bikers and anglers. The Deschutes River Trail crosses through the day use area. One of Bend’s strongest climbers in the 90’s and still today, Logan Carr says, “Meadow is a great place to cross paths with non-climbers. It lends the opportunity to show that climbing is more about movement and technique, less about being daredevil.”

For all of those reasons, Chinchen says, “The area needs climbers’ care and attention.” His hope when writing the guidebook was to instill a sense of stewardship in the next round of climbers who go there. He wants to see that strong ethic of caring for the places people climb carried forward.

Maybe the best of Bend is also a request to climbers and everyone who enjoys Meadow, to show up with the best attitudes and best effort to continue to take care of the area. That’s the only way it will remain one of the best places everyone can enjoy.

For more information on bouldering at Meadow Camp, buy the guidebook “Central Oregon Bouldering: Ropeless rock wrangling in and around Bend, Oregon,” by Jason Chinchen

For more information on route climbing check out www.mountainproject.com