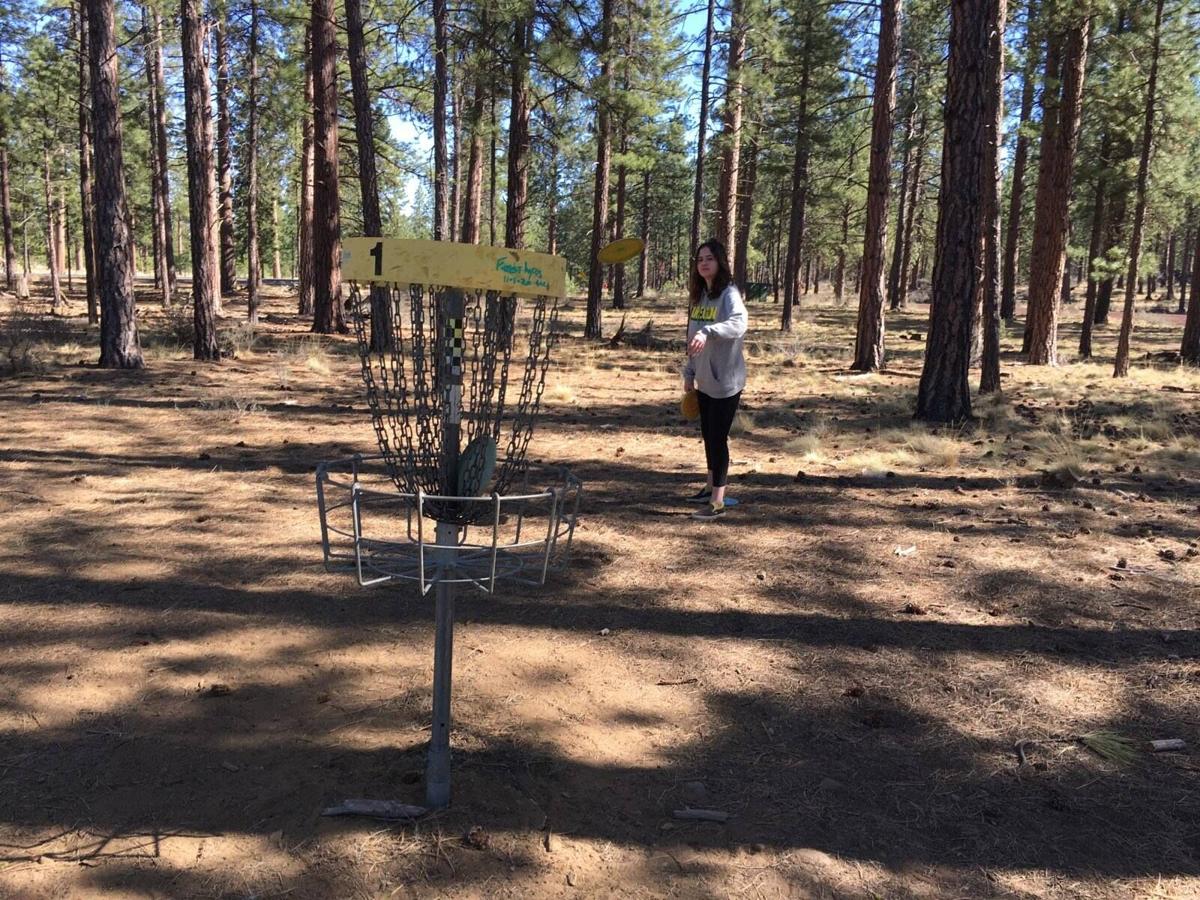 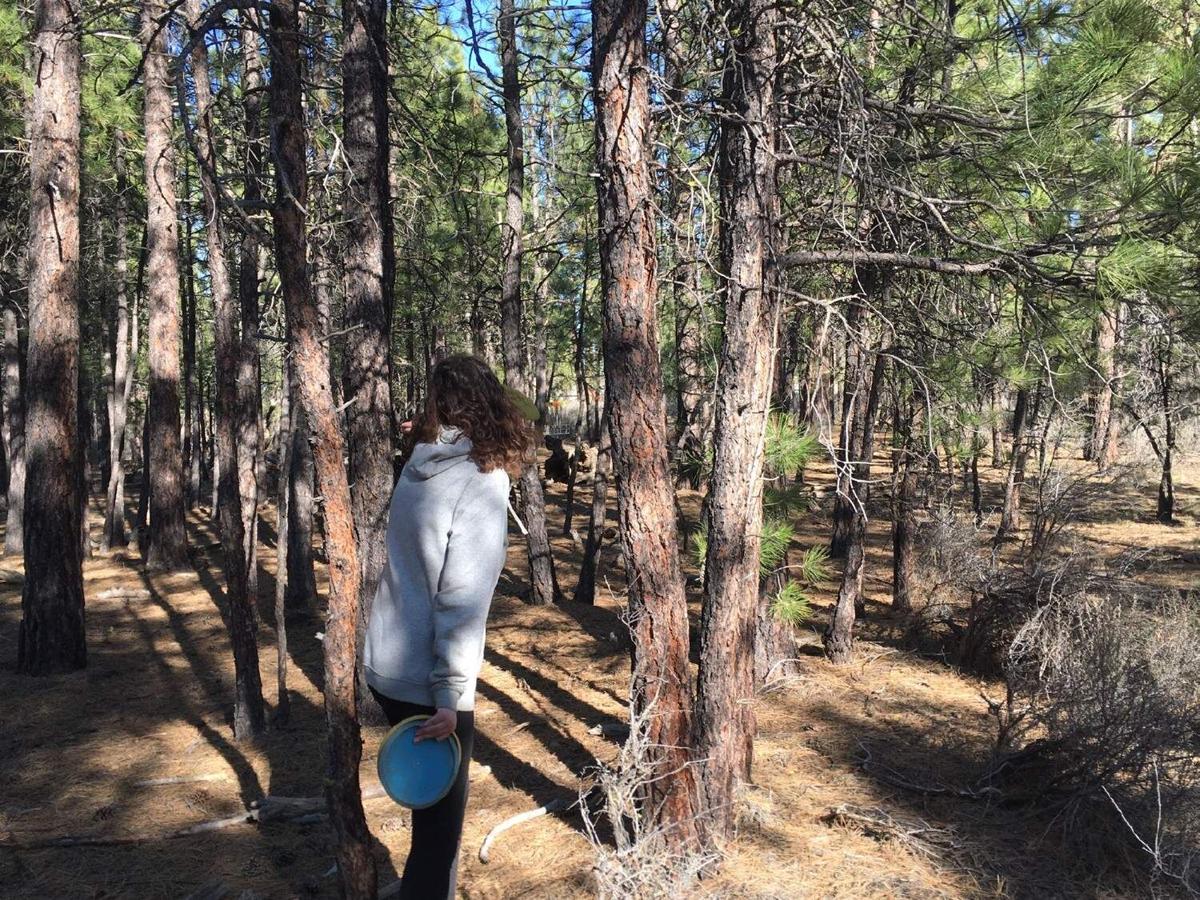 Lucy Jasper attempts to throw a disc through a dense pine stand of at Hyzer Pines, a disc golf course in Sisters. 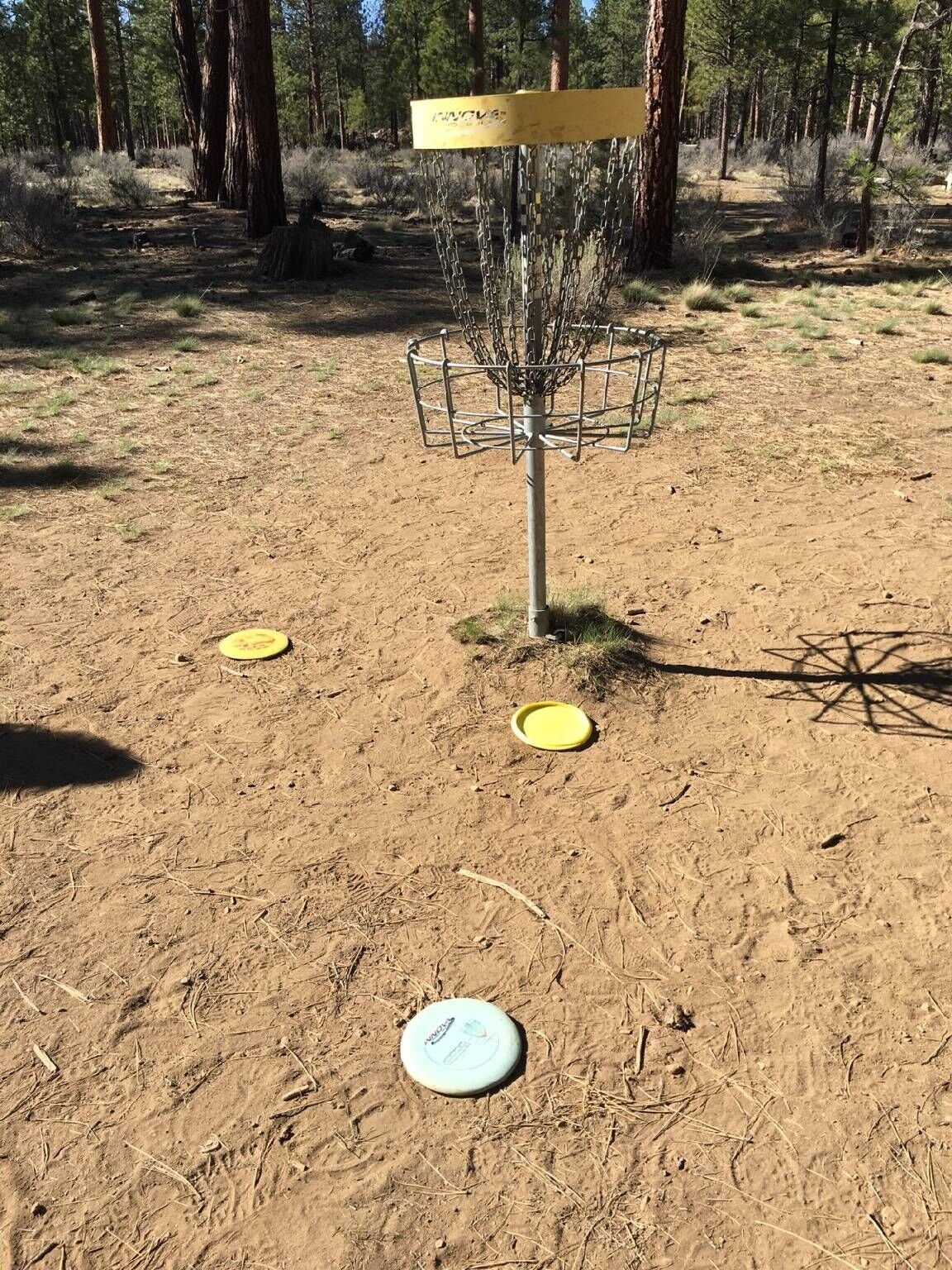 A number of discs from missed putts can be seen below a disc golf basket at Hyzer Pines, and 18-hole disc golf course near Sisters High School. 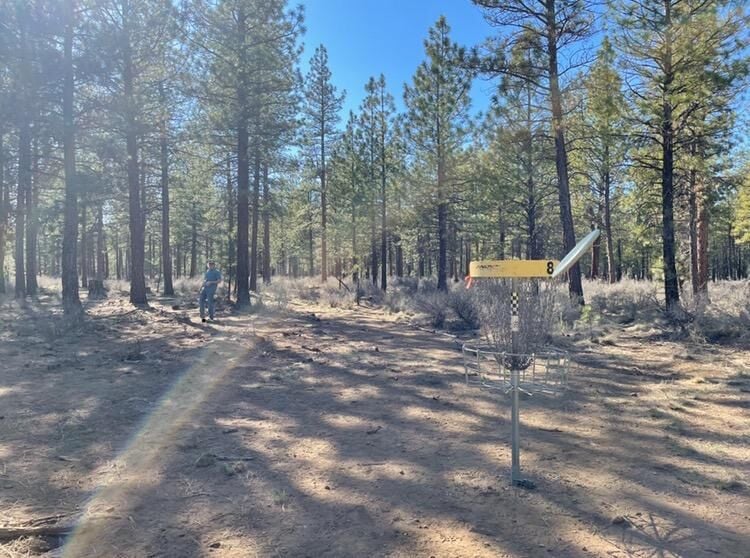 Lucy Jasper attempts to throw a disc through a dense pine stand of at Hyzer Pines, a disc golf course in Sisters.

A number of discs from missed putts can be seen below a disc golf basket at Hyzer Pines, and 18-hole disc golf course near Sisters High School.

Usually, the dust one finds on disc golf discs is of the Central Oregon variety, sometimes affectionately referred to as moon dust. But for me, the dust accumulated on my quiver of 15- to 20-year-old discs was from disuse, no affection about it.

Way back in the ’00s, I would frequently grab a quick after-work round of disc golf or even a lunchtime game at Central Oregon Community College’s erstwhile course. But then friends moved away and other activities elbowed disc golf aside, and my discs — not Frisbees, but rather drivers and putters specially designed for disc golf — languished in a box in my garage.

I remedied that when my daughter Lucy and I headed to Hyzer Pines Disc Golf Course in Sisters on a recent sunny afternoon where I tried to replace the bad dust with the good.

For the uninitiated, disc golf is a growing sport that’s been around for decades. Its antecedents date back nearly a century, but the first tournaments and golf course came about in the 1970s. It’s played a heck of a lot like regular golf, albeit without clubs, carts or crazy pants.

There are no cold beverages awaiting you back at the clubhouse, but there are also no greens fees.

Of course, there’s not as much to maintain at a disc golf course, many of which use the natural forest and meadow settings — no irrigation or lawn required. There are baskets, or pins, in lieu of actual holes. All you need to play disc golf is some discs and an ability to huck them a couple or a few hundred yards per hole to make par.

Central Oregon is home to disc golf courses from Madras to Bend. And according to Carey Dod, a longtime player and the former president of Central Oregon Disc Golf Club, disc golf is still thriving here.

Our round at Hyzer Pines started well, given how rusty I was. I even parred one or two holes. Our skills were such that we did not bother to keep score. Bogeys and double bogeys were the order of the day. Before long, I was barking mad at how the trees in the forest seemed to serve as magnets for my discs: “I couldn’t have hit that tree if I was aiming at it!” I said more than once as I entertained fantasies of buzz-sawing half the trees between the tees and holes (looking at you, 15th hole).

Dod, however, notes that trees definitely ramp up the playability of a course.

“Flat, wide-open shots with the target directly in front of you become tiresome and boring quickly,” he told this reporter. “Elevation, obstacles such as trees, targets that force you to think about how you’ll play the hole, that type of thing make for fun and interesting play.”

Also important, he said, is the overall flow of a course. Holes that cross other fairways, for example, would be problematic. And walk outs between holes should be short and sensible, so it’s easy to find the next tee box if you’ve never played a course before, he said.

The best courses, Dod added, offer something for players of all skill levels.

Dod also said that safety should be a consideration in course design: Sound, solid tee pads help prevent twisted ankles, and fairways should be spaced far enough apart so that all groups and players can play safely without the fear of getting hit by an errantly thrown disc.

Though some players carry an array of discs for different situations they may find themselves in, most beginners can get by with just a few: a fairway driver, a mid-range disc and a putter, Dod said.

“Each of these throws quite differently but are known to be beginner friendly,” Dod said. Some disc outlets sell beginner packs that include all three of these types of discs. Area retailers of discs include Mountain Supply of Oregon, Big 5 Sporting Goods and Blazin Saddles in Sisters.

Beginner-friendly disc golf courses in Central Oregon include the following:

Rockridge Community Park is home to an 18-hole putting course, with closely placed baskets. Located at 20885 Egypt Drive, in Bend

Pine Nursery Disc Golf Course features 18 holes and is among the most popular courses in Central Oregon, though some holes are more challenging for beginners. Pine Nursery Park, 3750 NE Purcell Blvd., Bend

Seventh Mountain Resort is home to an easy, family-friendly mini-course of nine holes open to the public. Located at 18575 SW Century Drive, Bend