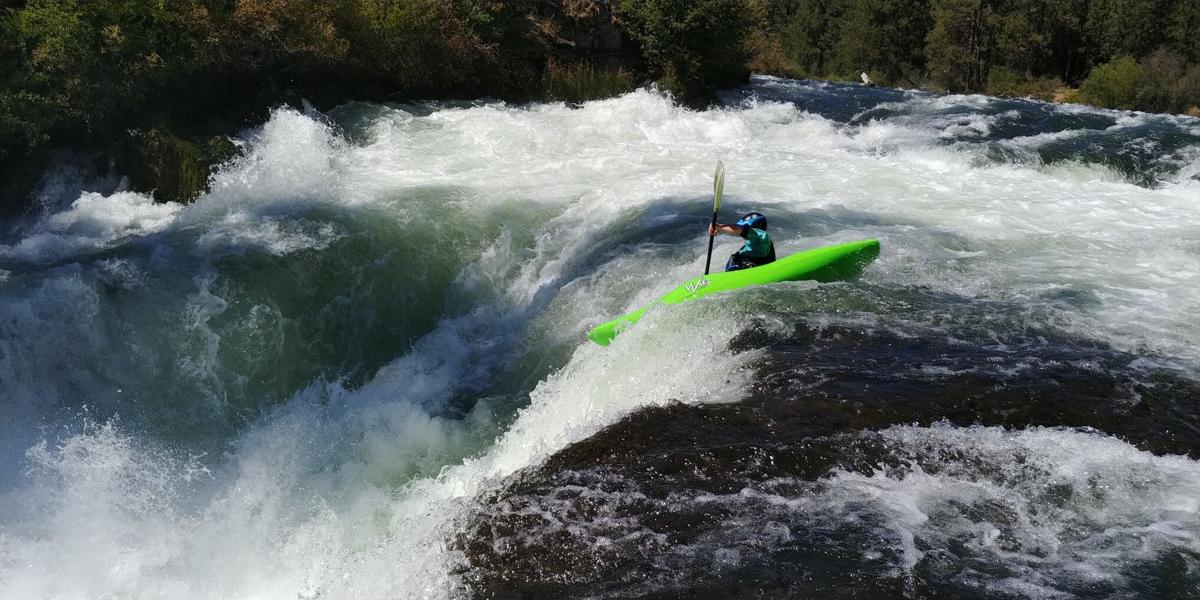 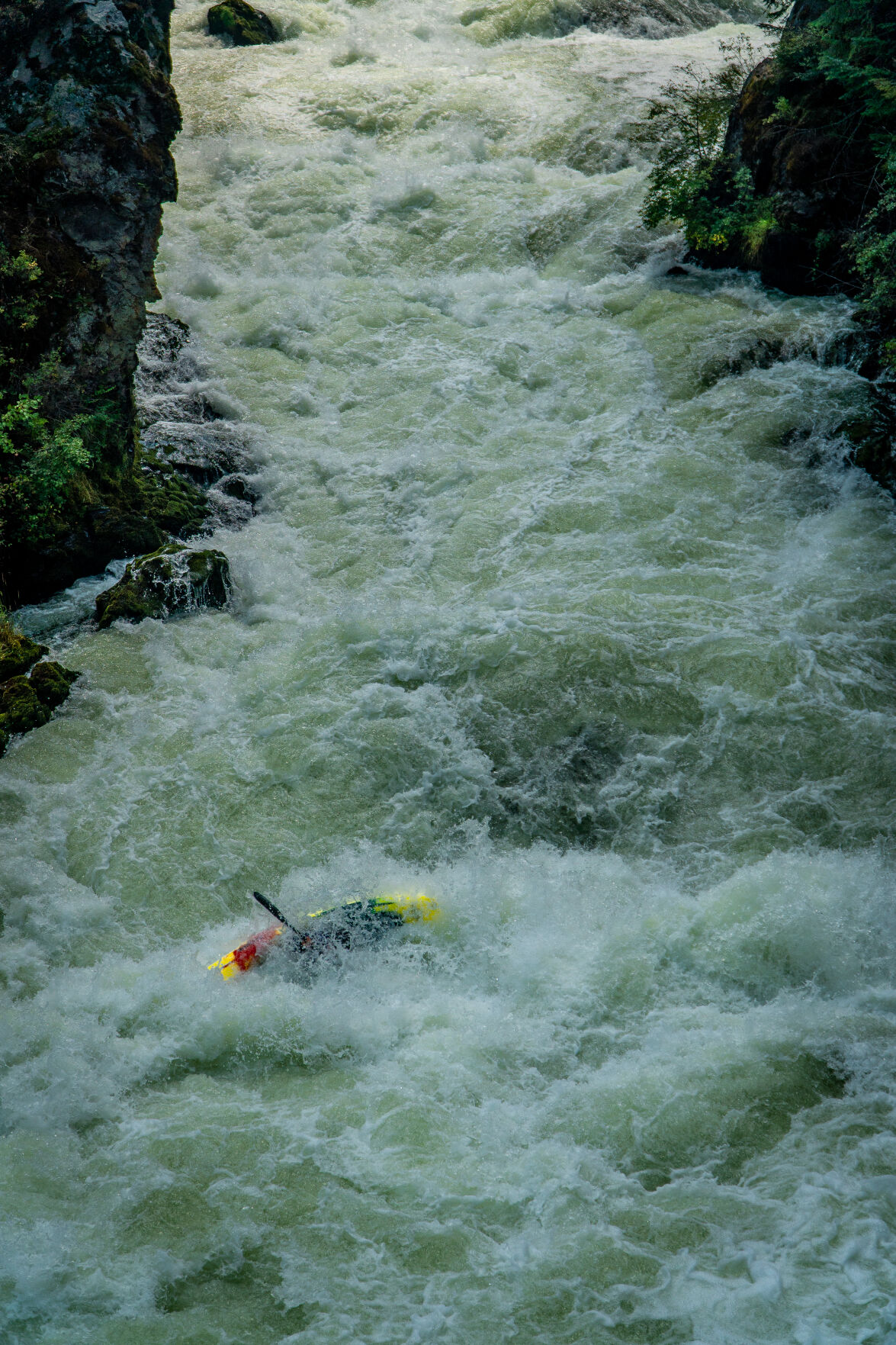 Anna Wagner keeps her kayak on track with a deep brace at Benham Falls.

Anna Wagner keeps her kayak on track with a deep brace at Benham Falls.

The term Triple Crown is generally used to describe an award for winning a group of three important events in a sport. Its most popular use is in horse racing, as the title awarded to the winner of the Kentucky Derby, Preakness and Belmont Stakes. Winning all three of these in the same year is an incredible accomplishment in thoroughbred racing.

To a small group of local highly skilled whitewater kayakers, the Triple Crown means something quite different and has more to do with big rapids than fast horses. It’s not a race or prize per say, but merely the accomplishment of paddling thru Benham, Dillon and Lava Island Falls successfully on the same day. If one has looked at any of these rapids, this is no small feat, and should only be attempted by experts who have the proper skills and gear to safely accomplish it.

A successful or, as kayakers would say, a “clean” run is defined by keeping the boat on course and not flipping over. Flipping over creates risks of pushing the kayak off course, and if the kayaker is not able to roll up, or flip the boat upright, they will have to wet exit or swim out of the boat, thereby forfeiting a clean run. A swim in big water is not only dangerous but also requires the consumption of a bootie beer. This is when a kayaker who swam a rapid has to consume a beer from within their paddling footwear after the run. The footwear is most often a disgusting neoprene rubber bootie, and the beer is typically warm, a far cry from a mint julip. This, as one can imagine, creates a lot of incentive to execute a clean run.

The Triple Crown on the Deschutes River starts at Benham Falls and is approximately 10 miles in length and contains the most difficult and dangerous whitewater rapids within the Deschutes Paddle Trail.

The rapids at Benham Falls begin just upstream of the parking area, which allows easy access to great viewpoints of the falls. The river goes immediately from calm flatwater to intense whitewater and gains momentum as it works downstream until it ultimately turns, steepens and powers over the lengthy falls. This violent cascade over giant boulders creates numerous dangerous holes that kayakers must avoid. A hole is when river water flows over a rock, then down, then back onto itself in an eruption of whitewater. This creates a recirculation effect and can be fun allowing for kayaking stunts as seen at Jason’s hole at the Bend Whitewater Park. It can also be extremely dangerous if too powerful, trapping a kayaker within it. The Triple Crown has numerous big holes that kayakers must navigate around while they make their way through very turbulent water.

Approximately 6 miles downstream of Benham is the second of the three, Dillon Falls. The falls have a substantial drop of well over 10 feet followed by a long series of violent rapids. The Deschutes River Trail at Dillon is spectator friendly and allows for scenic and photogenic opportunities from high above the river.

The final rapid of the Triple Crown is Lava Island Falls. Not visible from the Deschutes River Trail, Lava consists of two sets of powerful rapids, Lava I and Lava II, separated by a small stretch of flatwater. The rapids start just downstream of the Lava Island Day use area, which is the takeout for the popular Big Eddy rafting trip. Both rapids contain several powerful holes that have caused several swims over the years.

If you are out hiking the Deschutes River Trail this Fall, keep your eye out at Benham and Dillon Falls for Triple Crown kayakers. It’s quite the sight to see them navigate these extreme rapids. Local paddlers have put together an amazing video of kayakers on these rapids in all their might at high summertime river flows. For those interested in viewing it, you can see it via High Desert Media’s Facebook site under Deschutes Triple Crown, Beatles fans will especially enjoy it. The use of helmet cameras has allowed people to see exactly what kayakers see, even during a roll, and it is remarkable footage viewed safely from the comfort of your home with your favorite beverage so you can also be assured it’s not a bootie beer.