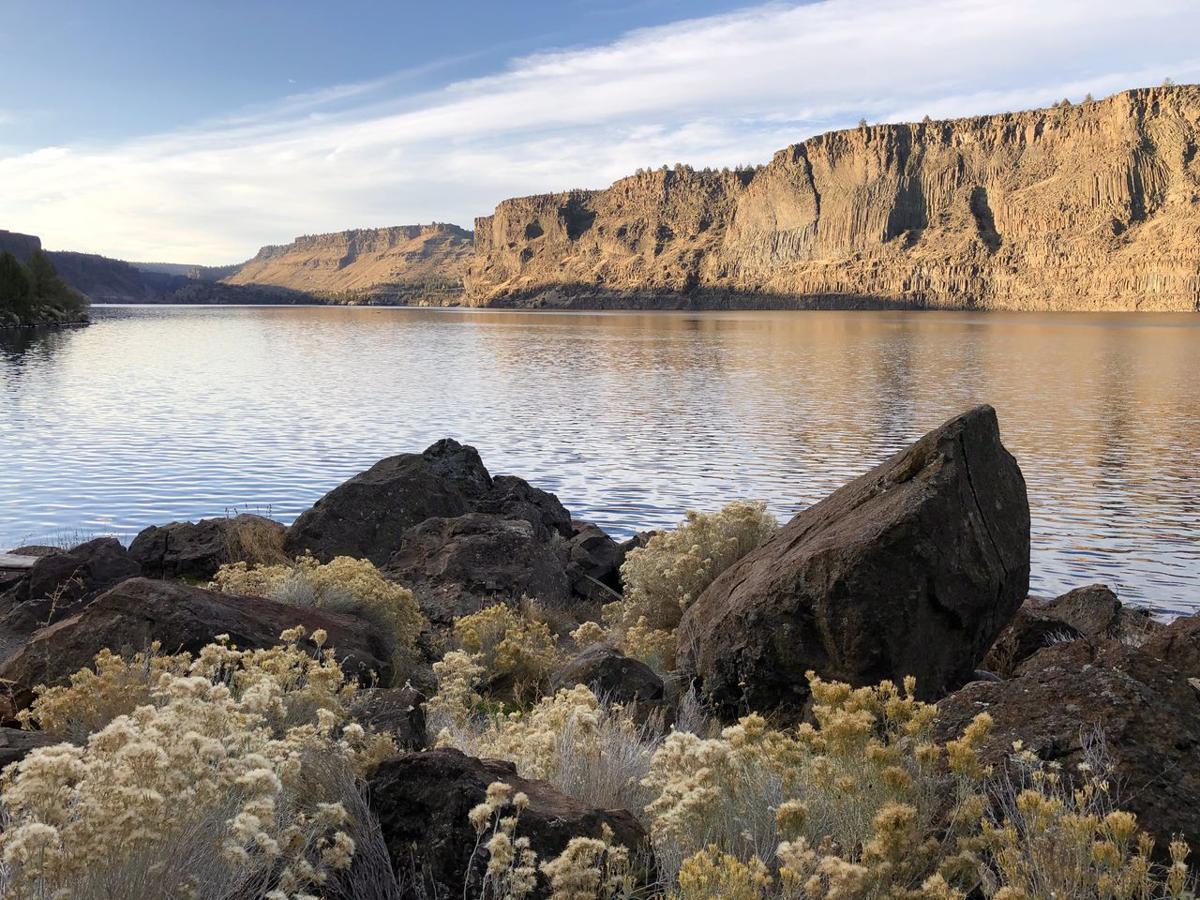 The sun rises over Lake Billy Chinook at The Cove Palisades State Park in Central Oregon. 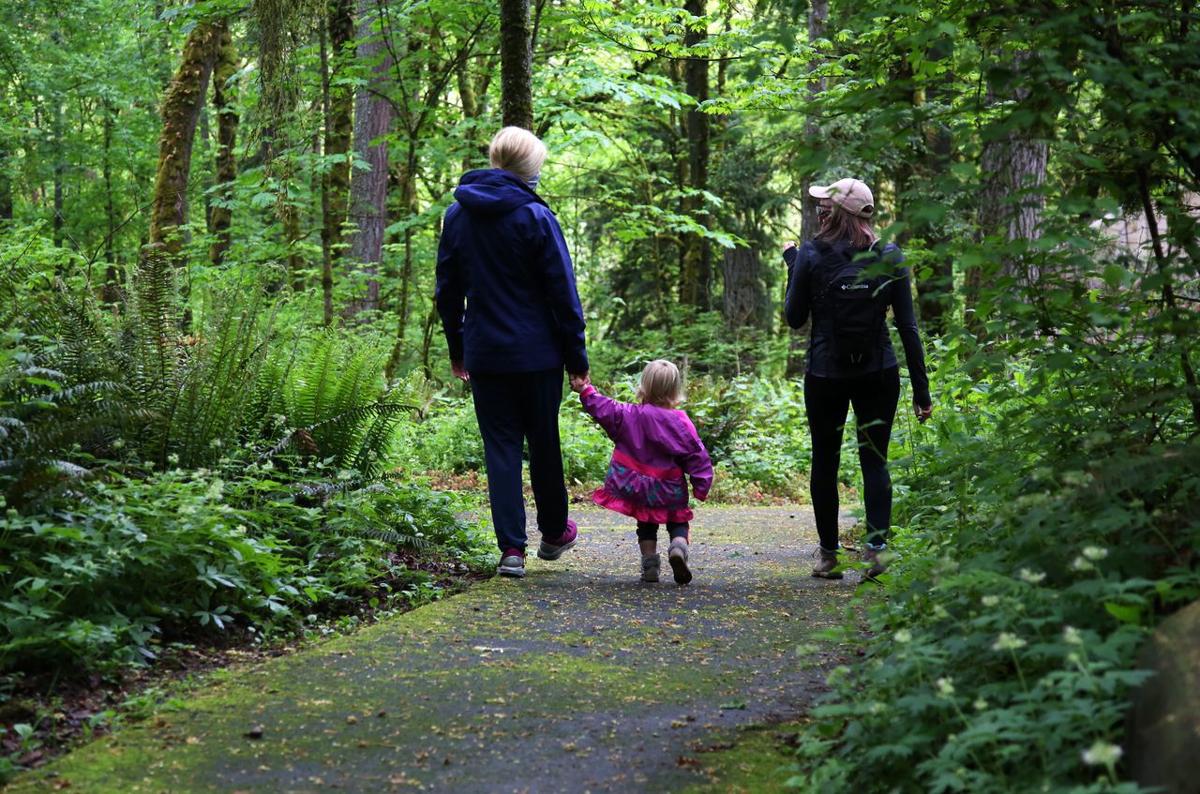 People return to Tryon Creek State Natural Area in southwest Portland, one of the first Oregon state park sites to reopen during the coronavirus pandemic.

The sun rises over Lake Billy Chinook at The Cove Palisades State Park in Central Oregon.

People return to Tryon Creek State Natural Area in southwest Portland, one of the first Oregon state park sites to reopen during the coronavirus pandemic.

Outdoor recreation is slowly beginning to reopen in Oregon, and while hikers, boaters and bikers can rejoice at the news, it’s important to remember that some outdoor spaces will remain closed to the public, even as others nearby are back open.

In either case, the experience of hiking, boating or relaxing in a park will not be the same. Social distance rules require that people stay at least 6 feet apart at all times. Face masks are encouraged for anyone recreating in a popular area. Playgrounds, restrooms and other facilities might remain closed.

State officials are also asking people not to go out with others who aren’t part of their own household, and for people in urban areas to stay within a 50-mile radius from home. Anyone who is sick, coughing or sneezing should stay home.

Since restrooms and facilities might be closed, be sure to bring your own water, hand sanitizer, soap and toilet paper, and remember to follow proper leave-no-trace ethics if you need to relieve yourself outdoors. Be prepared to pack out all of your trash (including toilet paper).

Even if a park or trail has reopened, it might not stay that way. Land management agencies have cautioned that public lands could close again should they become a public health hazard. Always check the status of an outdoor area before you leave home.

Oregon state parks have gradually begun to reopen for day use only, with new social distancing restrictions in place. Right now, most of the reopened parks sites are boat ramps at popular lakes, though some hiking trails have also reopened. All campgrounds remain closed.

So far, reopenings include Tryon Creek in Portland, the Detroit Lake boat ramp near Salem and Pilot Butte in Bend (for pedestrians only).

While beaches are technically open in Oregon, all public access points managed by the Oregon Parks and Recreation Department are closed until further notice. Additionally, several cities and counties on the coast have enacted separate, stricter bans on tourism:

County parks have reopened in Coos and Douglas counties, though some are only open for residents, and public health restrictions still apply.

Some recreation sites are open at the Bonneville, The Dalles and John Day dams.

All developed recreation areas on Mount Hood are currently closed to the public, including all trailheads, boat ramps, day-use sites, sno-parks and campgrounds. Forest service roads and dispersed areas are open to the public, as well as trails not accessed by developed trailheads.

All developed recreation areas in most of Oregon and Washington’s national forests are closed to the public, including all trailheads, boat ramps, day-use sites, sno-parks and campgrounds. The U.S. Forest Service will begin a “phased reopening” of those sites, though no timeline has been made public.

Forest service roads and dispersed areas are open to the public, as well as trails not accessed by developed trailheads. Hunting and fishing is allowed in undeveloped areas.

The Umpqua National Forest reopened most of its boat ramps and trailheads Saturday. The trailhead to Umpqua Hot Springs remains closed.PORTLAND PARKS

Portland parks are open to the public with social distancing mandates in place. However, playgrounds, sports courts, sports fields, golf clubhouses and indoor facilities are closed.

Roads leading into and through some Portland parks have been temporarily closed.

Crater Lake National Park is closed to the public, as are the John Day Fossil Beds and Lewis and Clark National Historical Park. Tours at the Oregon Caves National Monument are closed, but hiking trails are open.

Day-use areas, campgrounds and restrooms are closed in Oregon state forests, though dispersed camping, trails and target shooting remain open. Officials have asked that people delay travel as much as possible.

Wildlife refuges managed by the U.S. Fish and Wildlife Service are open, though parking lots, access points and visitor centers may be closed.

Most day-use sites and many restrooms on Bureau of Land Management Land are closed to the public, as well as all campgrounds. Visitors are instructed to contact local BLM offices for specific closure details.

Which park sites are open?

State parks in Central Oregon that are open to limited day-use service as of Saturday:

Deschutes River boat ramp and parking area OPEN but limited to “hand carry watercraft.” No trailers are permitted on the boat ramp due to ongoing construction.

Pilot Butte to pedestrians (no vehicles) in Bend

White River Falls south of The Dalles OPEN May 9

All trails open, but rock scrambling is closed in the SE area of the park to protect nesting falcons.