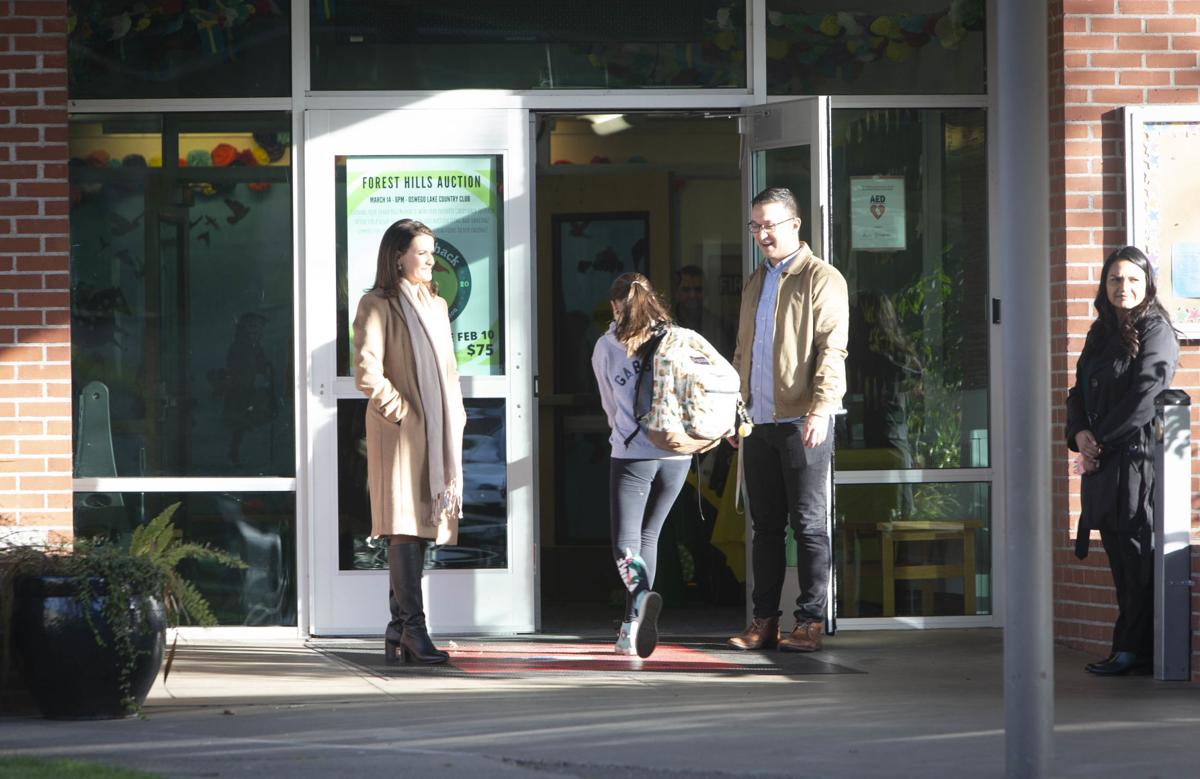 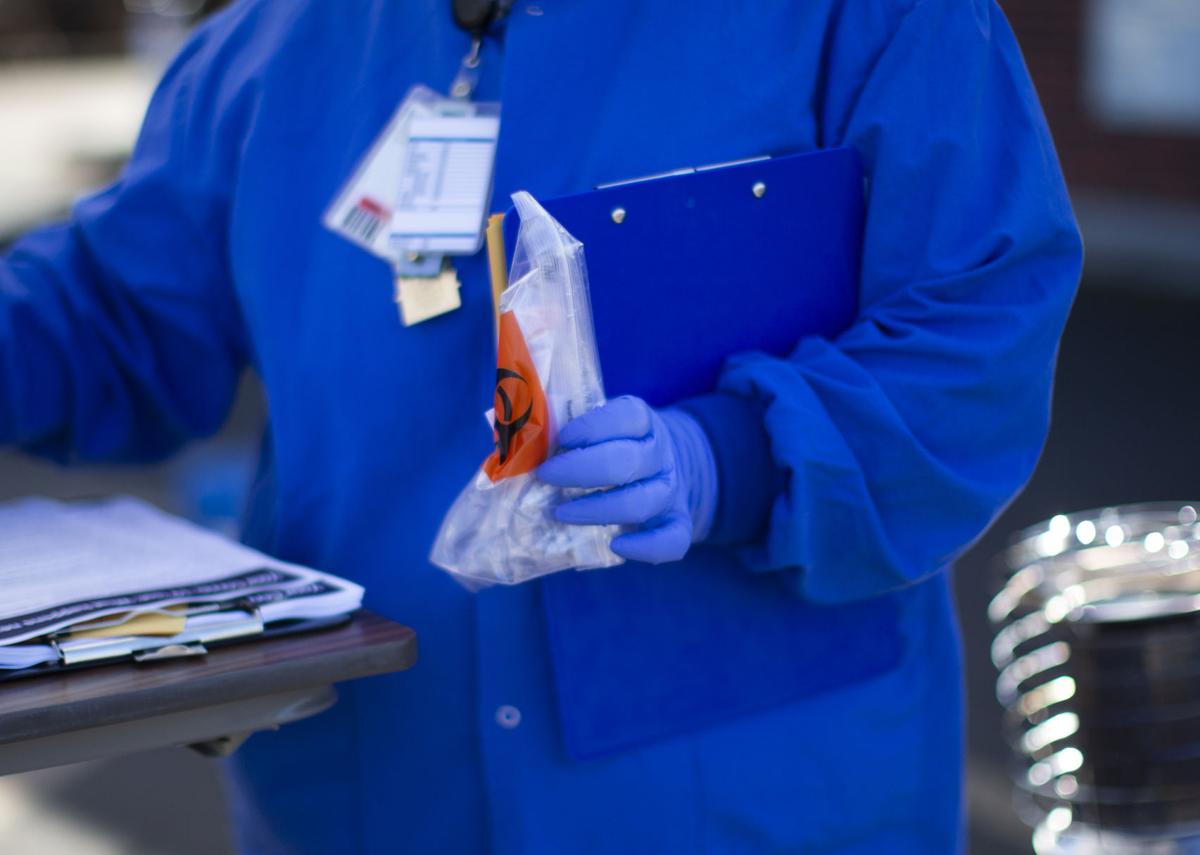 A sample is taken for a novel coronavirus test.

A sample is taken for a novel coronavirus test.

An Intel construction contractor, an Aloha High School student, a Hillsboro middle schooler, a day care worker and five residents and staff at an assisted living and memory care center have all tested positive in Washington County for the new coronavirus in the past few weeks.

They are among its 96 cases — the highest of any county in the state by far.

While the county of about 590,000 makes up 14% of Oregon’s population, its COVID-19 cases account for more than a third of the 266 known cases in the state as of Wednesday.

The county also has almost triple the number of cases as its neighbor, Multnomah, which has 33 cases even though it has far more residents, 807,000.

Two of 10 people who have died so far in Oregon have been from Washington County: a 71-year-old man who died March 17 and a 90-year-old woman who died Sunday, both at Providence St. Vincent Medical Center.

The reason Washington County has an elevated number of cases has perplexed public health officials.

“It’s hard to tell,” said Carrie Shuler, a communicable disease epidemiologist for the county. “We’re still learning so much. There’s nothing specific we can point to or say.”

On Feb. 28, a Washington County resident was the first in the state to test positive for COVID-19. The man, who worked at Forest Hills Elementary School in Lake Oswego as a custodian, hadn’t traveled to any countries recently that had been hit by the disease, officials said.

Within a few days, one of the man’s household members became Washington County’s second case. From then on, the numbers grew.

Shuler said early testing after the first case was announced might have helped lead to the county’s higher case count, Shuler said.

Beyond that, health authorities have searched for other reasons for the county’s outlier status and haven’t found any, they said.

Health officials haven’t been able to link it to a super spreader — a person who might have gone on to spread the virus to many others, Shuler said.

About a third of those infected have caught the virus from close contact with a known person with COVID-19.

The other two-thirds caught it through “community spread” — like while out living their lives shopping, going to work or going to school from an unidentified source who might have coughed in their airspace or contaminated a surface they later touched.

Public health officials at the county and the Oregon Health Authority have declined to share much — if any information — about the people who have contracted the new coronavirus.

They have repeatedly said the privacy interests of the individuals prevail over the public’s understanding of how the disease spreads and the need to alert residents at large about possible exposure.

If details have become known, they typically have come from families or companies associated with the patients.

For example, Intel confirmed that a contractor at its Ronler Acres construction site in Hillsboro reported Monday testing positive for the disease. An Intel spokeswoman said colleagues in close contact with the worker had been notified, but she didn’t respond to a question asking how many people that is.

While other large companies or major manufacturers in other states have shut down after employees tested positive, construction work continued Tuesday at the chip manufacturer. The work is allowed as an exception under Gov. Kate Brown’s stay-at-home order.

Another concern in Washington County has been the large draw of one of the state’s largest malls — Washington Square in Tigard. Some of its stores had individually decided to close, while others remained open.

But Tuesday — a day after the governor’s order also closed shopping malls — only the huge complex’s restaurants remained open for takeout and LensCrafters for prescription eyeglasses.

Shuler said she didn’t know of any cases acquired through the mall. But she and a county spokeswoman, Wendy Gordon, declined to provide specific information about any locale where the disease is thought to have spread.

That includes declining to answer questions about how one case might be linked to another — such as how many, if any, additional people have been infected at Touchstone Preschool in Hillsboro.

The day care announced Friday that a worker with direct contact to children had tested positive.

The day care didn’t return a call from The Oregonian/OregonLive seeking more information. It has temporarily shut down.

One of the two Washington County residents who died was Marcia Haug, a resident of the Regency Park care center on Southwest Barnes Road.

Haug was an elementary school teacher who spent a good portion of her career at Faubion School in Northeast Portland, where she raised her three children. She also had seven grandchildren and a great-grandchild on the way.

Haug celebrated her last birthday — her 90th — with gusto, wearing a golden tiara and sash that read “90 & Fabulous.”

Two Regency Park employees and two other residents tested positive at the 167-bed community. Founder Thomas Stanley said in posts on the company’s website that he was sharing the information to be transparent. He also expressed his frustration with not being able to test everyone at Regency Park because of a lack of available test kits.

“Local health authorities, including Washington County Oregon, where Regency Park is located, do not have test kits for our community and do not have the resources to perform the tests even if we had them,” Stanley wrote. “We are being specifically instructed to only test those that are positive for certain symptoms, and then only at a local hospital.”

Stanley said he was seeking out a source of private testing on his own.

Haug’s experience illustrates the ruthless power of the disease.

“I want people to know that Regency Park did everything that I could imagine that they could have done to keep her safe,” said Madden, her daughter, who lives in the Bethany area. “I want them to know my mom shouldn’t be remembered for the illness that she died from but for the life that she lived. And I want people to be safe in how they make decisions about where and how they go out.”

Madden had talked to her mother last Thursday afternoon and her mother had no health complaints. Then five hours later, the assisted living center called and said Haug had a fever and a bad cough.

Madden called an ambulance and her mother was admitted to St. Vincent Medical Center that night. Test results came back at 3 a.m. Saturday that her mother tested positive.

Madden treasures the phone calls and short FaceTime session she got to have with her mother thanks to hospital staff. She couldn’t visit because of concerns about exposure. Her two siblings also got to talk to her via FaceTime.

“I think mine was about two minutes,” Madden said. “Nonetheless, it was priceless.”