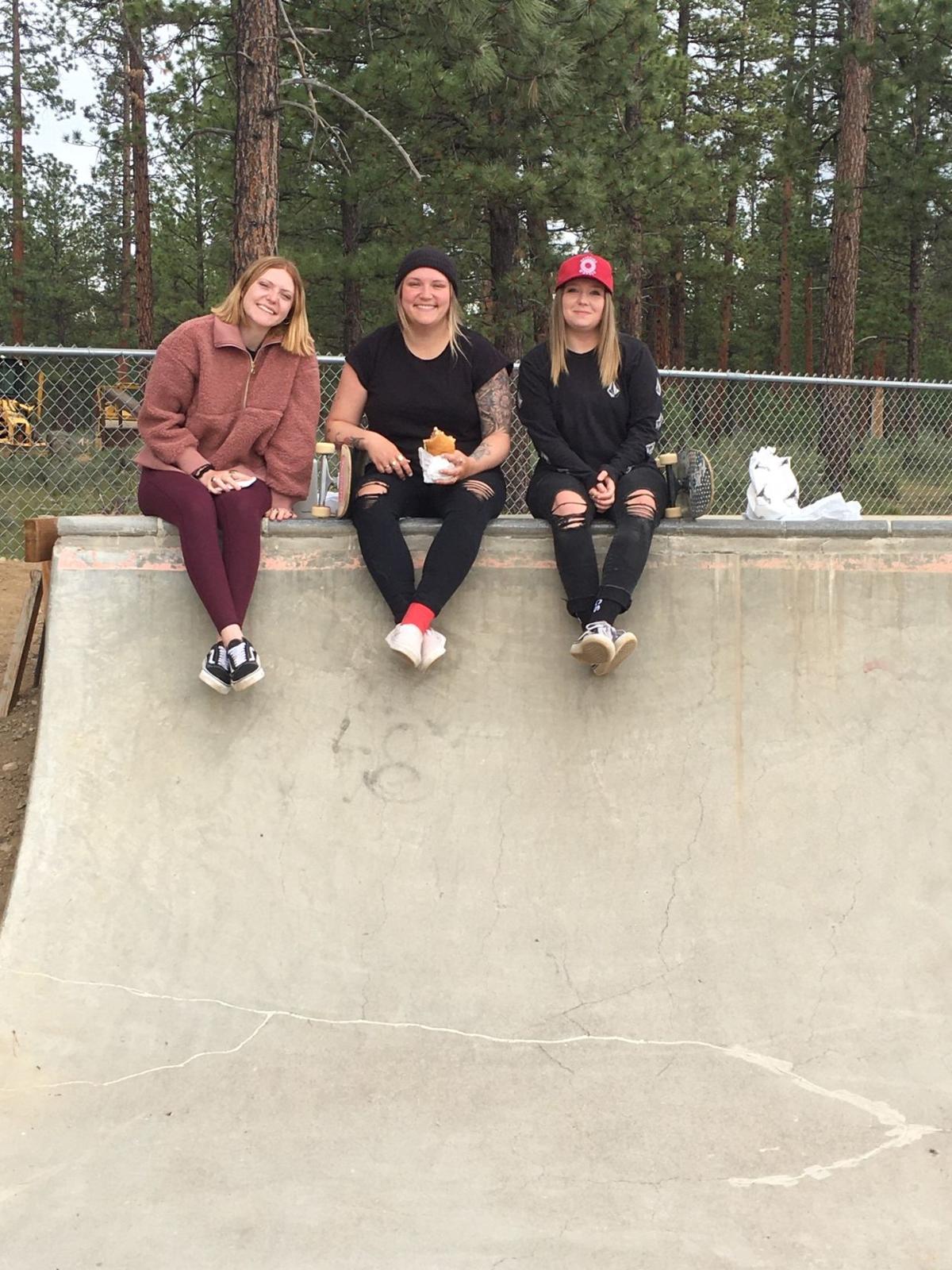 Sisters Drue and Devyn Schnake, from left, and their friend Ashlyn Pistey enjoy lunch during a break in skating at Sisters Skatepark. 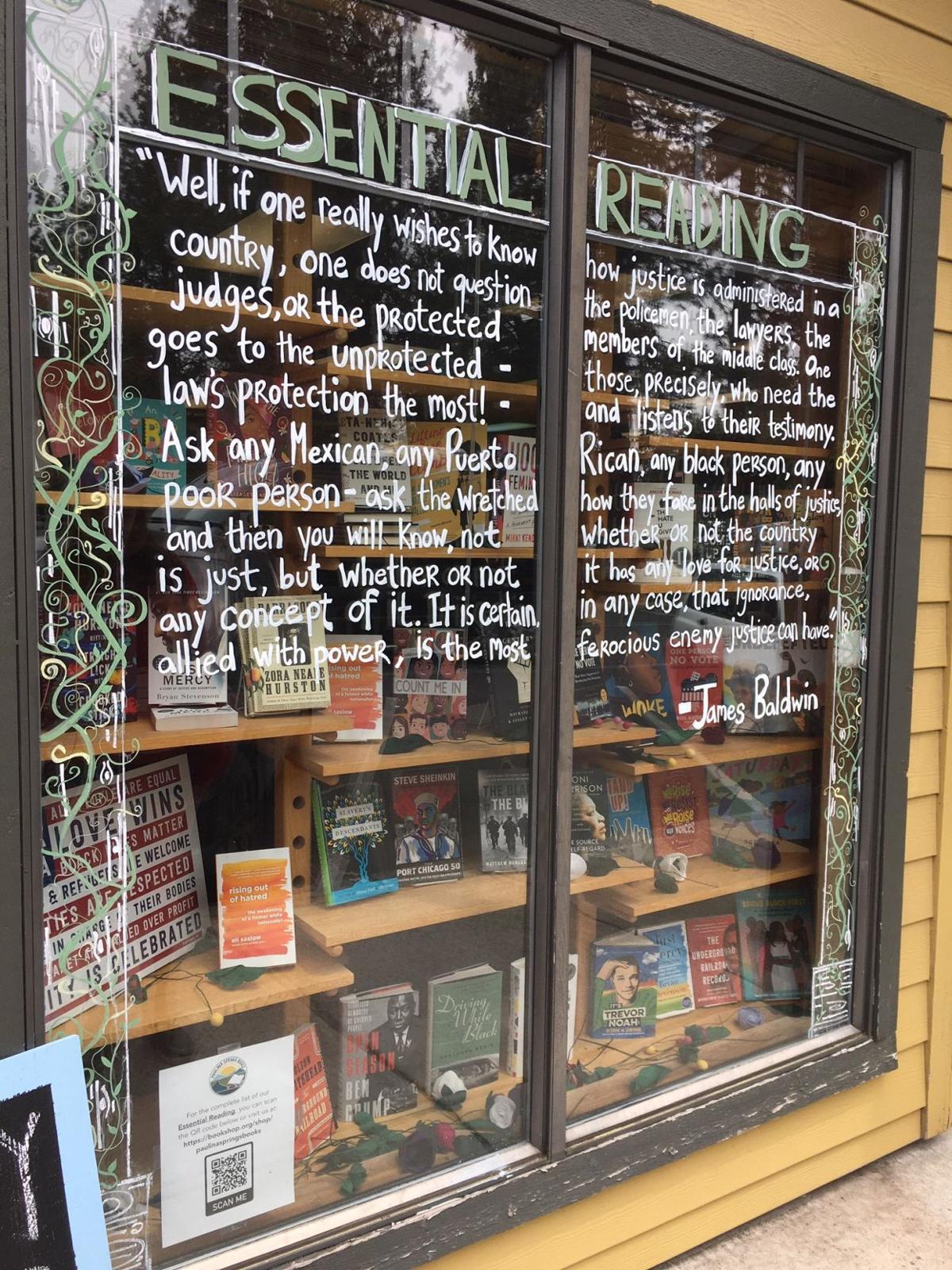 A quote from author James Baldwin greets strollers passing by Paulina Springs Books, which through curbside service and delivery has been able to stay open throughout the coronavirus pandemic.

Sisters Drue and Devyn Schnake, from left, and their friend Ashlyn Pistey enjoy lunch during a break in skating at Sisters Skatepark.

A quote from author James Baldwin greets strollers passing by Paulina Springs Books, which through curbside service and delivery has been able to stay open throughout the coronavirus pandemic.

If you’re still reluctant to head to one of your favorite Western towns in other states, that’s understandable. As an alternative, consider a day trip to Sisters. Yes, it’s touristy, but so is wherever else you were planning to go. With downtown’s Old West look — written in the city’s building code as “1880s Western Frontier architectural design theme” — who needs Deadwood, South Dakota, or Tombstone, Arizona? Granted, those towns might have more evocative names, but they do not have the good fortune of being situated 30 minutes to an hour from most of Central Oregon.

What’s more, there’s more to do in and around Sisters than you can shake a walking stick at.

For active folks, there’s mountain biking at Peterson Ridge, with over 20 miles of singletrack that you can pick up just blocks from the heart of downtown.

Prefer a hike? From Sisters, it’s a short drive to the Metolius River and Camp Sherman. You could also head south from town to explore around Whychus Creek, which boasts several spectacular upstream waterfalls.

If you like playing games while you walk, the Hyzer Pines Disc Golf Course is just over a mile west of downtown, and the three bowls at Sisters Skatepark will satisfy even the most persnickety skaters.

There are also a couple of in-town parks if you just want to relax for a minute or let the kids in your party burn off some energy. Creekside Park, located at 649 state Highway 126, lines the banks of Whychus Creek and boasts a lush green lawn. Village Green City Park, located at Washington Avenue and Fir Street, sports play structures and well-maintained public restrooms.

Downtown Sisters is a shoppers paradise, and if you’re shopping for art or functional pieces for your home or office, its many galleries, antiques and souvenir/curios shops could stand in for those of other art destinations such as Santa Fe, New Mexico, Sausalito, California, Sedona, California, and even some towns that don’t begin with “s.”

Hood Avenue is home to many of Sisters’ galleries, and the others aren’t a long walk away. You could start at the west end of Hood Avenue at Hood Avenue Art, a group space featuring the work of over 25 artists working in a variety of mediums, including sculpture, pottery, fabrics and 2D art. Next door is Gary Cooley Collection Gallery, selling Cooley’s sculptures along with paintings, photography and more by artists such as Lisa Bert and Candy Briggs.

Heading east on the street, you’ll arrive at others including Ken Scott’s Imagination Gallery, a sizable gallery featuring Scott’s amazing sculptures along with jewelry, paintings, sculptures and more by several guest artists.

Hood Avenue is also home to the longtime Sisters bookstore Paulina Springs Books, and if you’re thirsty after acquiring some reading material, Sisters Coffee House is across the street.

When it’s time to eat, Sisters has no shortage of restaurants, from fast food options on U.S. Highway 20 west of downtown to sit-down restaurants, which are primarily located along Cascade Avenue.

If you’re craving a taste of Mexico, Rancho Viejo serves up tasty margaritas and burritos. People-watch through the front windows, or enjoy the rear patio.

For those who want some comfort food, look no further than Sno Cap Drive-In, 380 W. Cascade Ave., with its burgers, chicken strips, fries and an array of tasty milkshakes (“So thick you might need a spoon”), which come in an array of flavors including marshmallow, banana cream pie, peanut butter and mint chocolate chip.

Toward the east end of town, you can grab a beer, coffee and hand-tossed artisan pizzas along with sandwiches and wraps at Hop & Brew, 523 E. Highway 20.

In non-pandemic times, Sisters also plays host to a variety of arts, music and other events throughout the summer, including the Sisters Rodeo, which would have taken place last weekend, and the Sisters Outdoor Quilt Show, which would have celebrated its 45th year on July 11. Instead, this year’s quilt show has been reimagined as a virtual experience.

The Sisters Folk Festival, usually a major event here each September, has been postponed until 2021.

The absence of those events makes this a prime time to visit, with fewer tourists Central Oregonians have more space to soak in the city’s ambiance.

Hopefully, Sisters will see the return of rodeo thrills and the vibrant colors of the quilt show sooner than later. In the meantime, there’s still plenty of fun to be had around this small Western-themed town close to home.